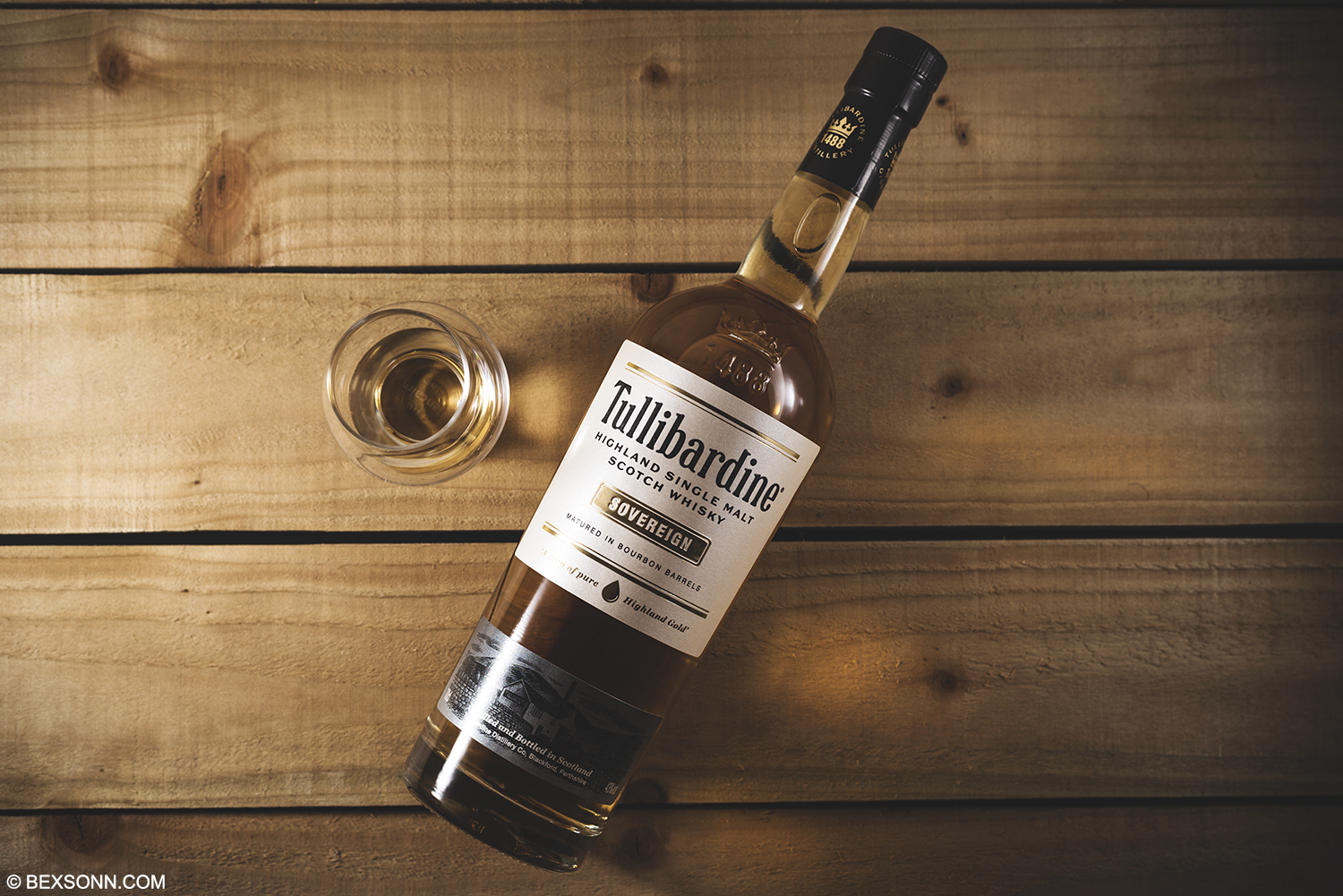 On the nose: there is an initial waft of sweet liquorice and a meaty sulphur note. This is followed by notes of vanilla, lavender, caramel and a nutty almond note. As the nose starts to open up a bit, more notes of cardamom, green herbs, a hint of spiciness and leather emerge. There are also faint notes of lime zest, oak and oat biscuits on the nose. On the palate: that note of liquorice is present, alongside notes of sweet toffee and vanilla. It is spicier on the palate than the nose and more peppery too, coupled with that note of meatiness, herbs and a hint of lime. The oak is more predominant and there is an interesting note of treacle too. The finish: is medium, peppery and meaty, with lingering oak and herbs.

The verdict: This is my first foray into Tullibardine and thus far I’ve been pleasantly surprised, though this is more of an entry level scotch that for me doesn’t have the theatre of some of their other expressions. The Sovereign expression is rather youthful and light, with nicely balanced notes that point to a more summery dram. With an ABV of 43% there was no real need to add any water, though adding just a very minute amount took the peppery edge off.

For more information on the Sovereign, visit the official Tullibardine website.