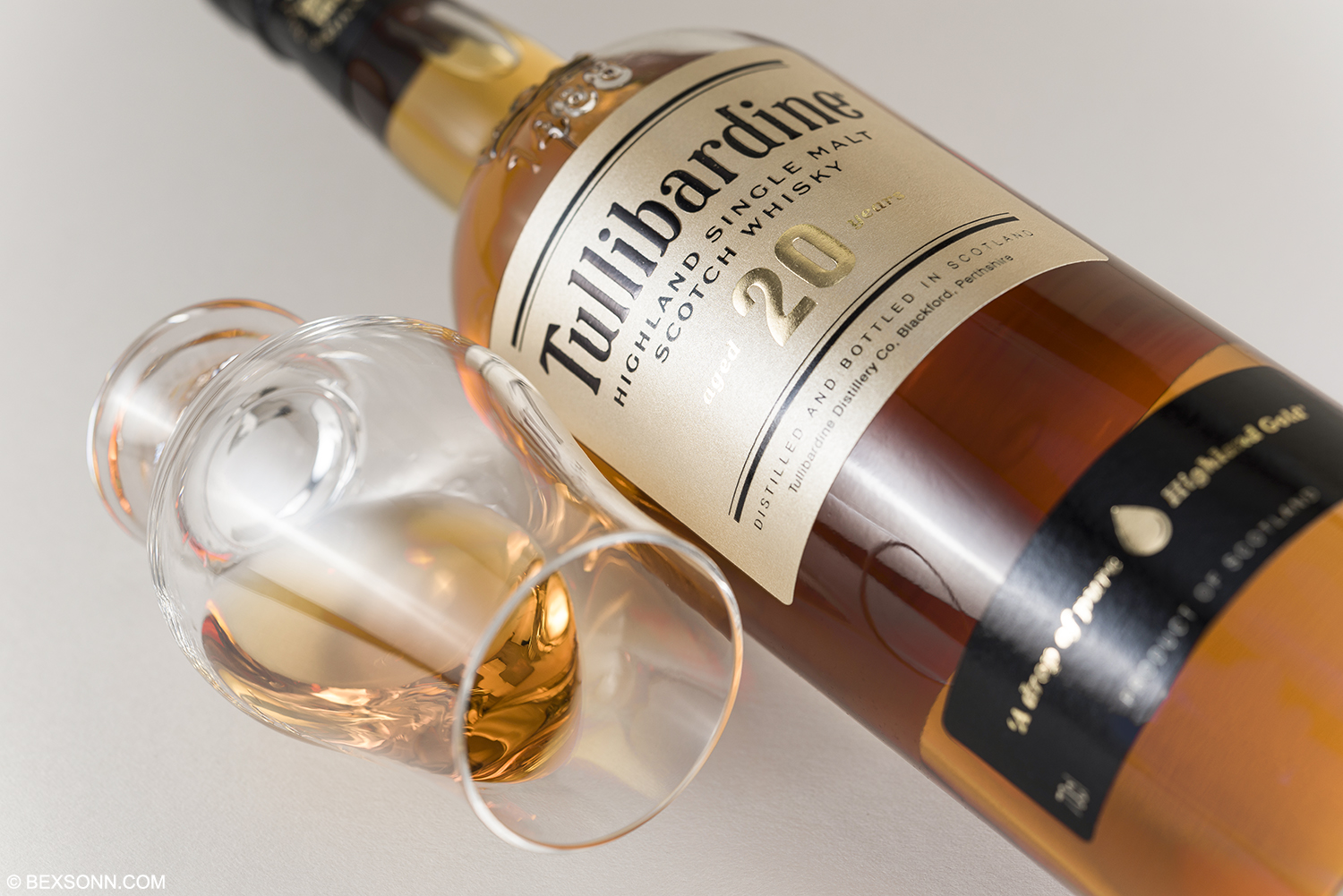 Tullibardine 20 Year Old Single Malt: Some time ago during the warmer months of June we attended a Tullibardine tasting at Purdey’s in London’s Mayfair. It was to say the least a good affair, where we witnessed the unveiling of the first Scotch that will only be offered to the Tullibardine Custodians, which you can read more about right here. We’ve sampled and posted tasting notes on Tullibardine’s Sovereign Scotch right here, but on the night we managed to sample a few other expressions from their range. However, until now I’d never tasted their 20-year-old expression. Matured in first fill Bourbon barrels, this endearing little drop from this Highland distillery is intriguing and complex, but yet embodies Tullibardine’s sweet and subtle character.

On the nose: there is an initial waft of sweet honey, marzipan and vanilla. This is followed by notes of peaches, lemon zest, Demerara sugar and an oat meal note. As the nose starts to open up a bit, more notes of cocoa, butterscotch, a hint of spiciness and fennel seed start to emerge. There are also faint notes of eucalyptus, clementines and a hint of lavender. On the palate: that note of honey is present, alongside notes of marzipan and vanilla. It is spicier on the palate than the nose and more peppery too, coupled with that note of butterscotch, cinnamon, with a silky oily texture. after a couple of swirls those clementine notes start to appear, followed by dark chocolate, a hint of peach, zest, oat meal and eucalyptus. The finish: is long, peppery, with lingering Demerara sugar, gingerbread and dark chocolate.

The verdict: This is the second Tullibardine Scotch that I’ve actually posted tasting notes on and I think it is fair to say it’s a stark contrast to the Sovereign sampled some months back. There is no doubt that its maturity is evident but its complexity is just sublime. It’s smooth and so well-balanced that only kept me going back for more. With an ABV of 43% there was no real need to add any water, though adding just a very minute amount only enhances the profile of this dram.

For more information on this 20 Year Old Scotch, visit the official Tullibardine website.