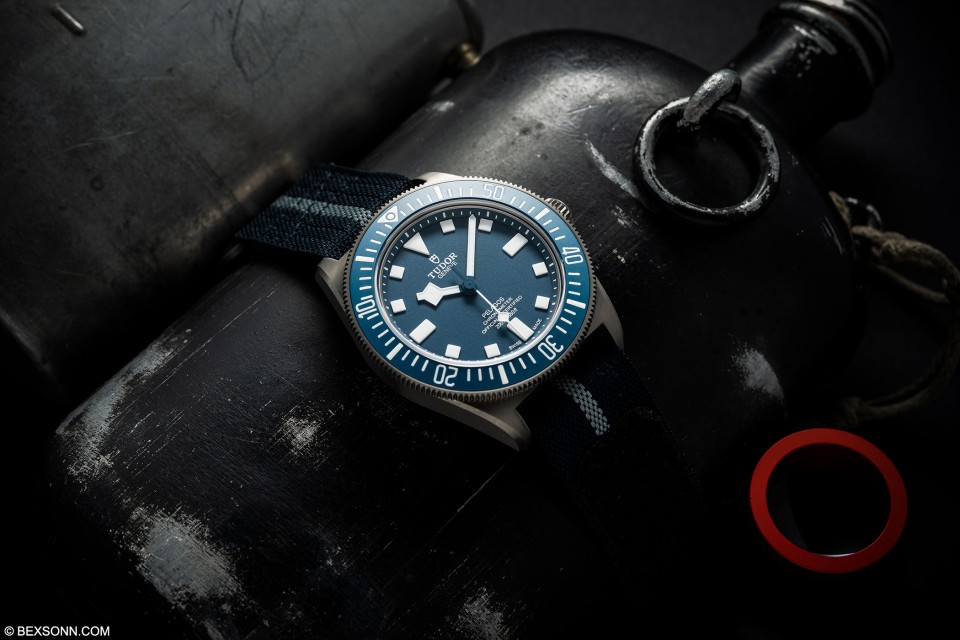 Every time we look at a new watch from Tudor, we can’t help but think how they just keep making great watch, after great watch and to be honest, they’ve done the same again with this latest release. We’ve had a good look at the Pelagos in the past and noted it is a rather faithful wrist companion that had loads to offer. Tudor even released a left-handed Pelagos to further strength the range. Since Tudors re-emergence, they experienced quite a lot of success by releasing vintage-inspired timepieces and it would appear they’ve dug into their archives once again to conjure up the latest offering, which not looks the part but is the part too.

A couple of week ago Tudor announced that they’d join forces again with the Marine Nationale (French Navy) brand, rekindling a relationship that dates back to 1956. At the beginning of this relationship, it was the Groupe d’Étude et de Recherches Sous-Marines (G.E.R.S.), a scientific body attached to the French Navy and based in Toulon, that took delivery of some Oyster Prince Submariner watches to assess them in real-life situations. It was the reference 7922 and 7923 (pictured above) that were tested for their waterproofness, and they were deemed perfect for the task by the G.E.R.S. commanding officer at the time. Swayed by the potential of these timepieces, more orders were placed, and Tudor attained the status of “official supplier to the French Navy” in 1961.

During their partnership, Tudor watches continued to be developed and over the course of many years, the Marine Nationale would use several of the brands timepieces. Though, to date the most iconic of those timepieces is the reference 9401, with its iconic blue dial and bezel. However, the only way to differentiate these pieces from the civilian examples were the initials engraved on the case back – “M.N.” followed by the year of issue. It is known that these watches were delivered in two configurations, the well-known “Snowflake” hands, and markers and later, with triangular markers. That said, this new Pelagos FXD model is inspired by the emblematic ref. 9401 in the “Snowflake” configuration. 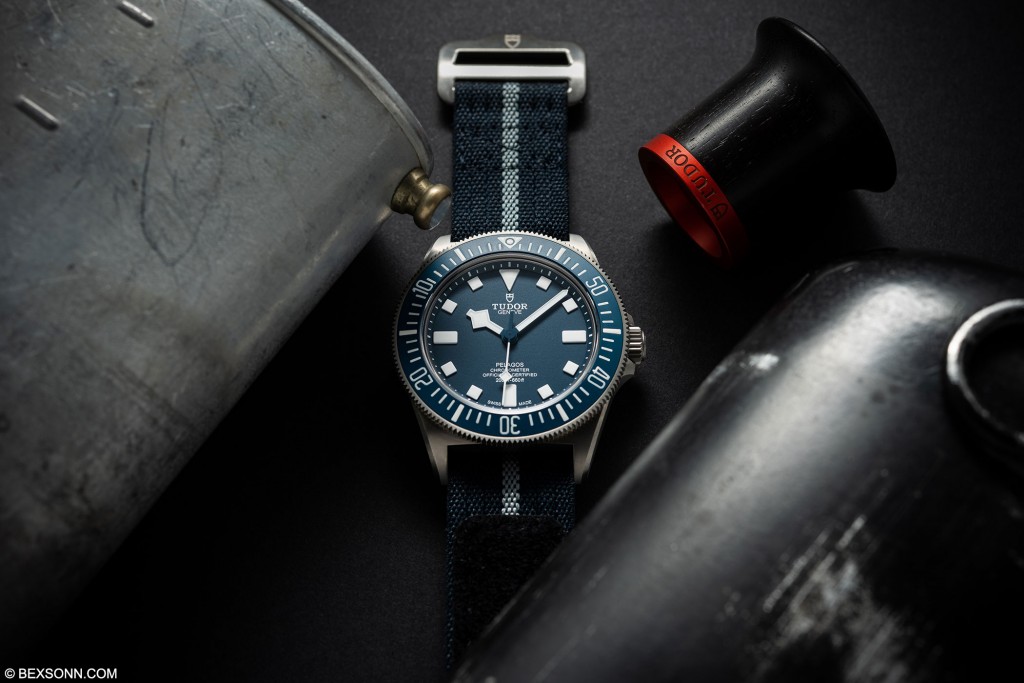 The new Pelagos FXD features the same sand blasted titanium case, which measures 42mm and incorporates subtle hints of yesteryear such as the chamfered lugs and pointed crown guards. However, the standout feature of this new case must be the fixed strap bars – hence the use of “FXD” in the name. In the days of old, fixed strap bars would’ve been made by removing the spring bars and soldering steel bars between the lugs but for today’s use this would likely compromise the robustness. The fixed strap bars on this new Pelagos are machined into the main body of the 42 mm titanium case to mitigate any points of weakness and as such, the lugs appear to be an extension of the case, adding to this model’s characteristic silhouette. 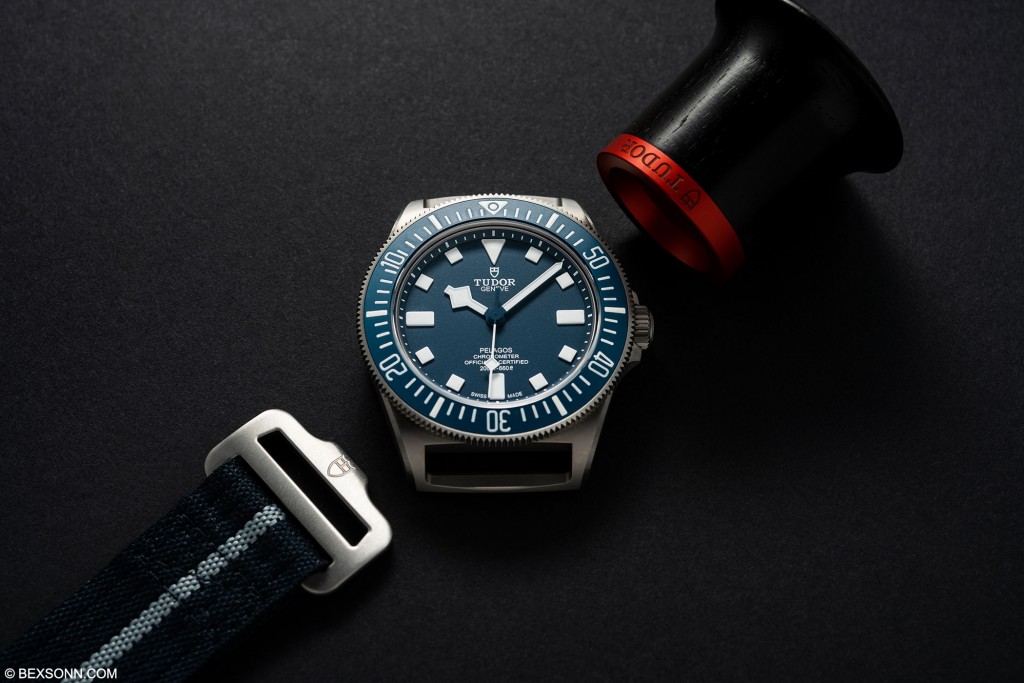 A feature that I’ve always loved about MilSubs, specifically Rolex ones, is the fully demarcated graduated bezel and though the original MNs didn’t feature them, Tudor saw it fit to embody that trait of the MilSub on this new FXD. It features a 120-notch rotating bezel, that is bi-directional with a retrograde graduation from 60 – 0, and while this doesn’t correspond to the ISO 6425:2018 standards of diver’s watches, it meets the specific needs of the method known as “underwater navigation”, a speciality of combat swimmers. And if that wasn’t enough, because of the poorly lit conditions combat divers are known to work in, the ceramic bezel insert is also luminescent. 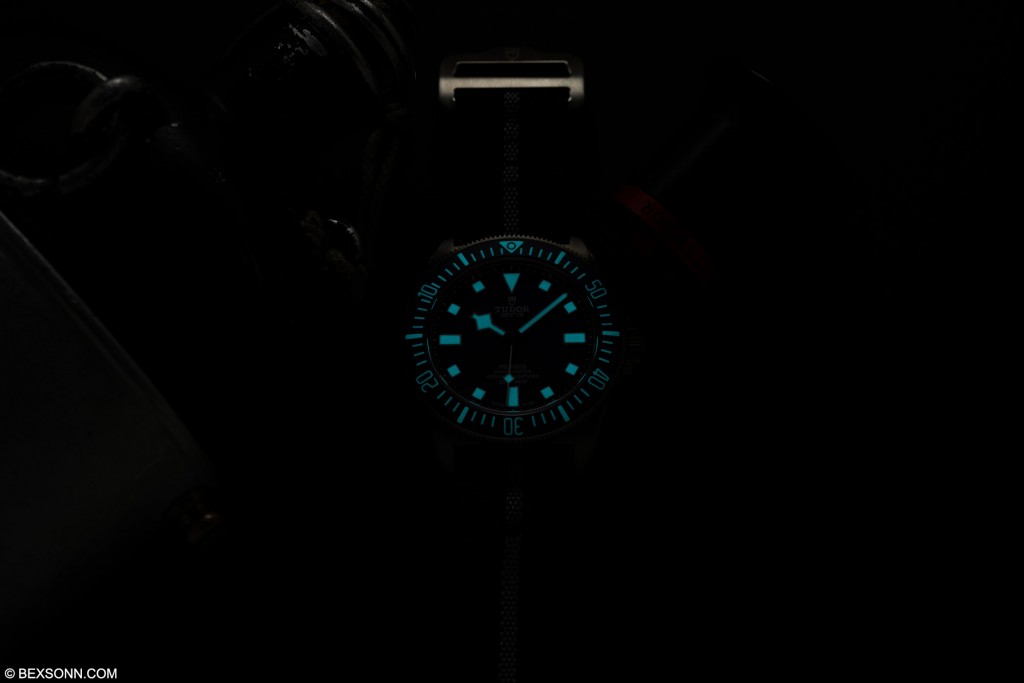 It perhaps goes without saying that another key design trait of the Pelagos is the dial. The dial of the Pelagos is built up in layers, which allows one to admire the three-dimensional effect. Just like the standard Pelagos, the dial makes use of square hour markers with a triangle at 12 o’clock, rectangle markers at 3, 6 and 9 o’clock. Eagle-eyed readers will notice there is no date aperture, which makes the dial look super clean. Perhaps another difference that may otherwise go unnoticed is the depth rating beneath the ‘PELAGOS’ and COSC inscription. The original Pelagos has a depth rating of 500m, hence the reason why it has a Helium Escape Valve. This new FXD model has a depth rating of 200m and because of this there is no need for a HEV, and this makes the case somewhat slighter in thickness. 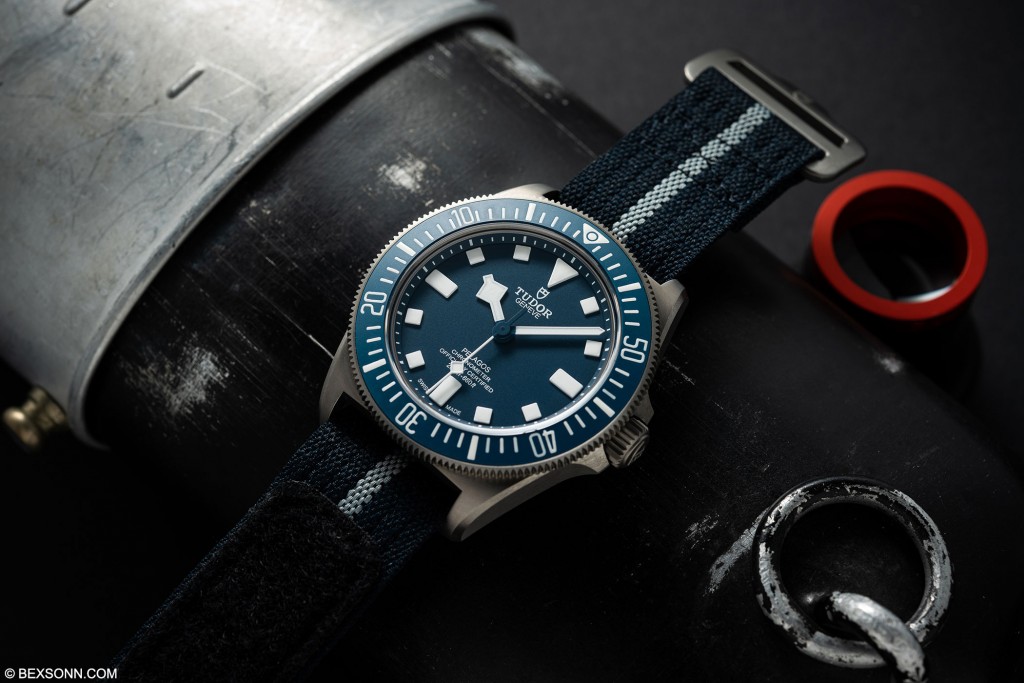 It’s no secret that MilSubs were delivered without bracelets/straps, allowing the wearer to fit a NATO or a handmade strap, made from elastic parachute cord. As a tribute to this Tudor have ensured that a single-piece fabric strap is supplied with the new FXD. In addition to this, a one-piece rubber strap with an embossed motif is also included with the Pelagos FXD. However, more important is what lies beneath the strap on the case back. Each case back bears the logo of the Marine Nationale: an anchor topped with a sailor’s hat, as well as a historically inspired engraving of M.N.21 (Marine Nationale 2021). 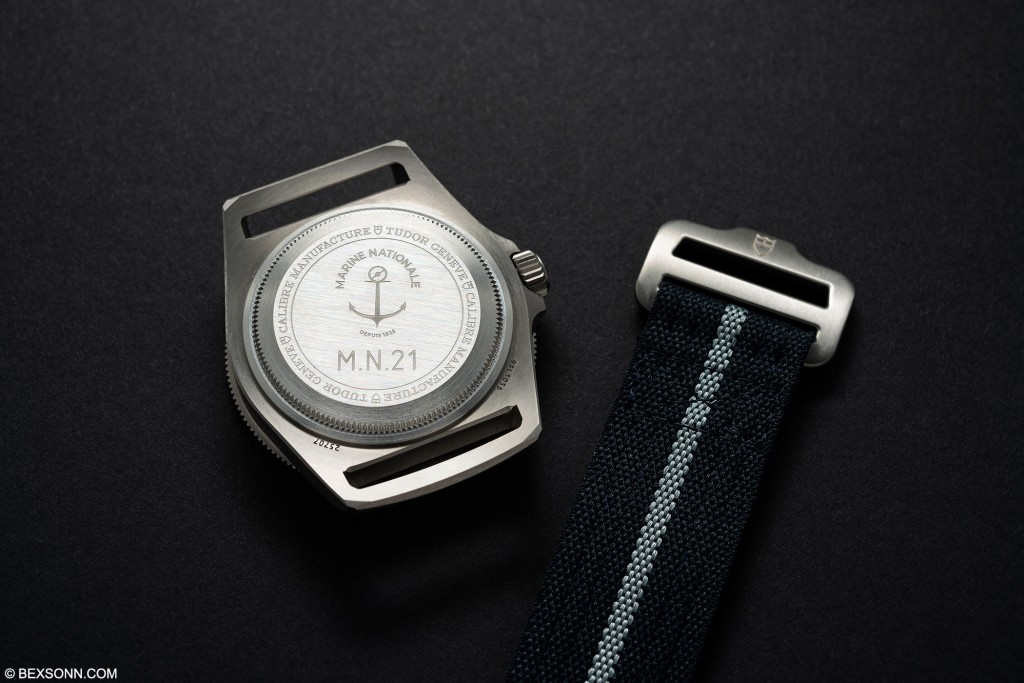 The new Pelagos FXD houses the manufacture developed calibre MT5602, a movement not too dissimilar to the MT5612, but of course doesn’t feature the date complication. Displaying hours, minutes, and seconds functions, it sports the typical finishing of Tudor with an open worked tungsten rotor that has been satin-brushed, while the bridges have been sand-blasted and decorated. Furthermore, it is certified by the Swiss Official Chronometer Testing Institute (COSC) and has a power reserve of approx. 70 hours. 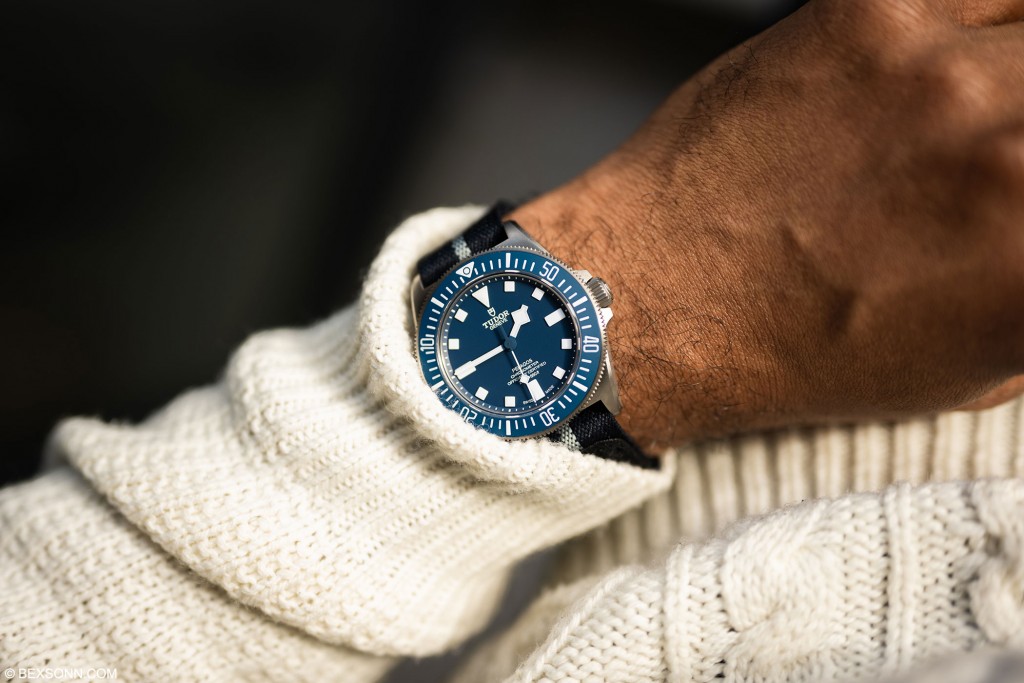 By and large, the new Tudor Pelagos FXD is pretty much identical to current Pelagos that is until you get a little closer and start take in all the little details. And it’s these details that make the FXD, in my humble opinion, a purer diving instrument. The no nonsense fixed bars, the fully graduated bezel, the clean appearance of the no-date dial, the M.N. stamped case back – these details make the Pelagos FXD one of the best dive watches released in the last few years. 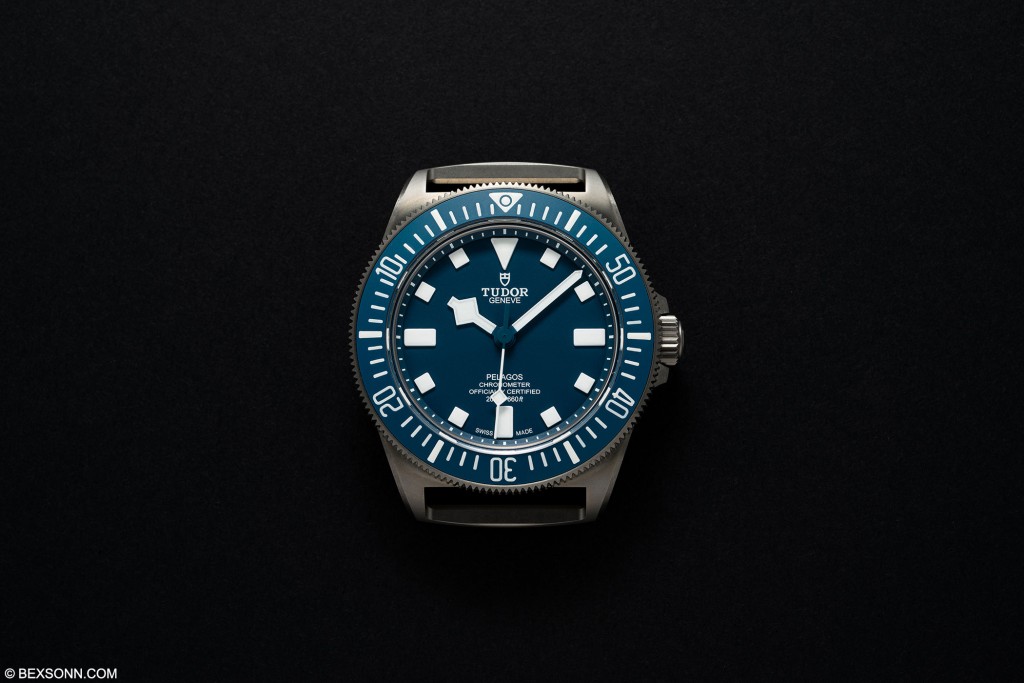 From a personal standpoint, I think it’s a great addition to the range and a rather thoughtful one too. As mentioned before, Tudor are doing a brilliant job re-creating some historical timepieces and this one takes some great ingredients from past designs, and for many will evoke a touch of nostalgia. However, what I like about it most, is just how bold, yet fun it is – it’s just an all-round great timepiece at a great price point.

The new Tudor Pelagos FXD is available now to purchase and is priced as £2,920. For more information on the new Pelagos FXD, visit tudorwatch.com. 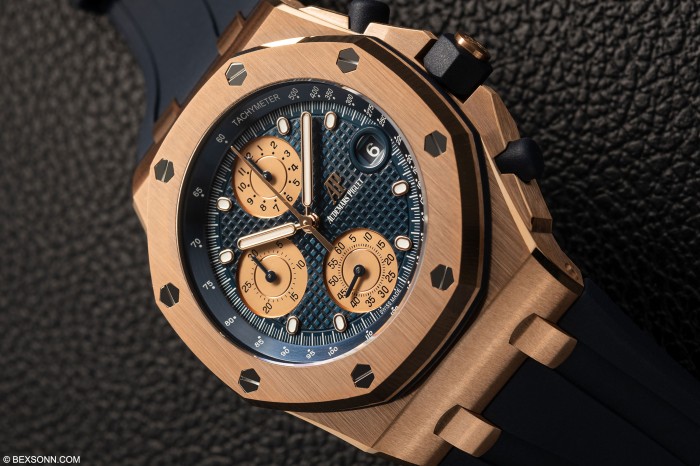 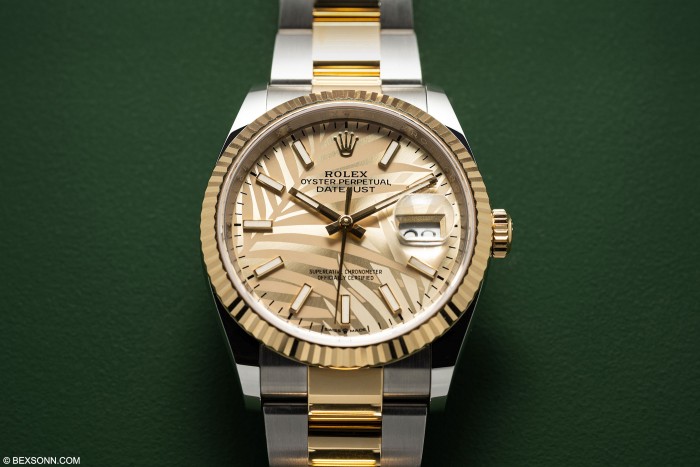 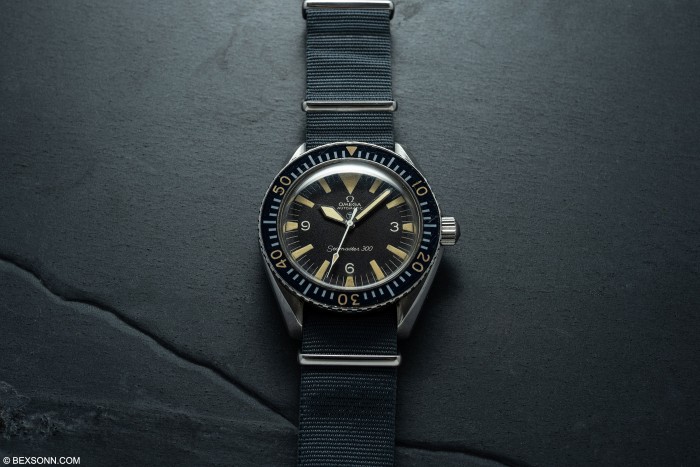