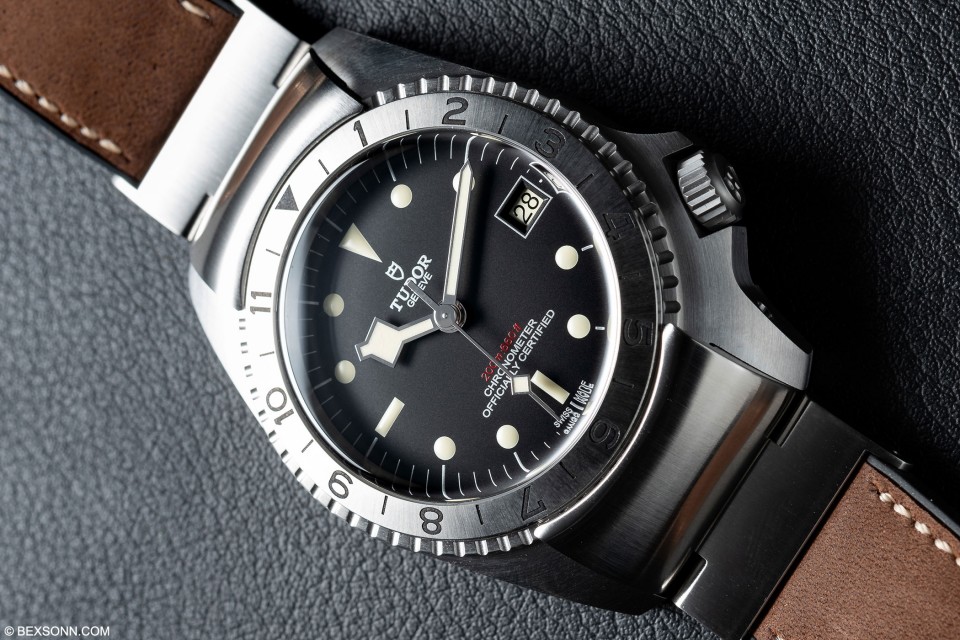 Part of the resurgence of the Tudor brand in recent times has been largely due to their reliance on their historical models, creating reissues and building upon their roots to provide watches that have been hugely successful. Anything for the myriad of Black Bays, inspired by their Submariners of the past to the Monte Carlo reissues, this recipe has worked brilliantly. So not done with drawing from their past, this year at Basel, Tudor did something slightly different and reissued a watch that was never in production- the Tudor Black Bay P01

I’m not going to lie, the newly released BB P01 is a polarising watch and one only needs to look at the images to know what I am talking about.

A bit of historical context before I opine on the watch itself, in 1967, Tudor began experimenting with ideas of watches to replace the Submariners that they had been supplying to the US Navy. Dubbed code name ‘Commando’ and following guide lines set out by the US Navy, they developed the P01, with a unique locking bezel at the lugs at 12 o’clock and the patent for this mechanism was registered by Rolex in 1968. It is an interesting mechanism as bezels going out of place during a dive could have had catastrophic events and knowing those vintage Submariners, it seems like it wasn’t too hard to do. Sure, this seemed like an extreme resolution with such a radical change in design, but safety first, I guess.

As we now know, the watch was never made into production and only the prototype exists in the Tudor archives, so when Tudor released the P01 this year in such a high profile manner, I was slightly taken aback.

The modern iteration does not look too far off the original, with a 42mm stainless steel case with its winding crown positioned at 4 o’clock. It comes with Tudor’s characteristic snowflake hands and most interestingly, the hood in between the top lugs can be lifted to move and lock in the bezel. Powering this piece is the in-house MT5612 which is COSC certified and the movement you find on all of the Black Bays.

I have to say, that for me personally, as someone with smaller wrists, it’ll be hard to pull off. The large size and overarching lugs and hoods make for a huge presence on the wrist and while Tudor’s recent reissues of the Black Bays have been very easy to like, this one I think will be a bit harder. It is a very unique look and one that will be very polarising- I’m sure Tudor knows this. That being said, they did mention that the goal of Tudor today was to tell their story of the past and the richness of their history, so I can only assume that the P01 is just part of that story.

The Tudor Black Bay P01 is priced at £2,830. For more information on visit the official Tudor website.