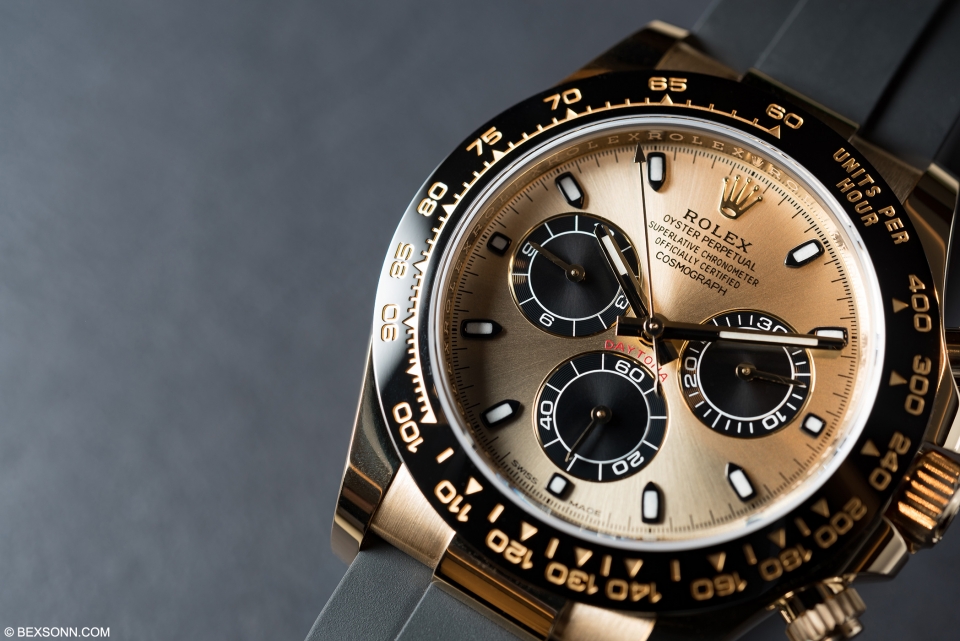 Last year, Rolex introduced a Daytona that many had anticipated: A Daytona with a Cerachrom bezel. Ever since the Daytona 6240, 6241 and ultimately the 6263 that sported the ever fragile but seemingly downright cool, acrylic black bezel – Rolex owners had cried out for something similar on Rolex latest Daytona. Alas, that call has been heeded and Daytona collectors can now rest easy – or so we would think. This year, during our meeting with the brand that wears the crown, they unveiled three new Daytona models that all sported the same Cerachrom bezel. But this time they featured Rolex patented Oysterflex straps and a dial more akin to those of the 60s, 70s and 80s, oh and did I forget to mention they are only available in precious metals? 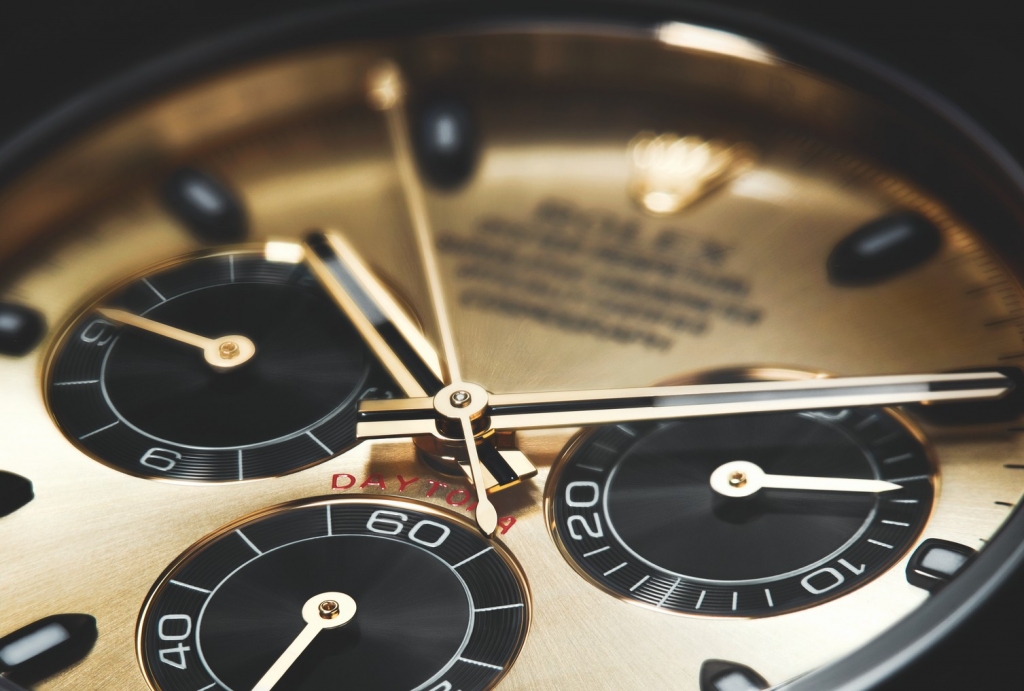 These three new versions of Rolex Oyster Perpetual Cosmograph Daytonas come in 18-carat yellow, white or Everose gold. These versions come equipped with Rolex innovative Oysterflex bracelet as mentioned, with an elastomer reinforced with a metal blade, something we saw introduced on the 2015 Yacht-Master. The dial is the real winner here with these new models, as they feature what is known in collectors’ circles as a “panda” dial. While this isn’t something unusual to see on a precious metal Rolex Daytona, it does add a certain, how do you say… je ne sais quoi, which makes it instantly likeable. 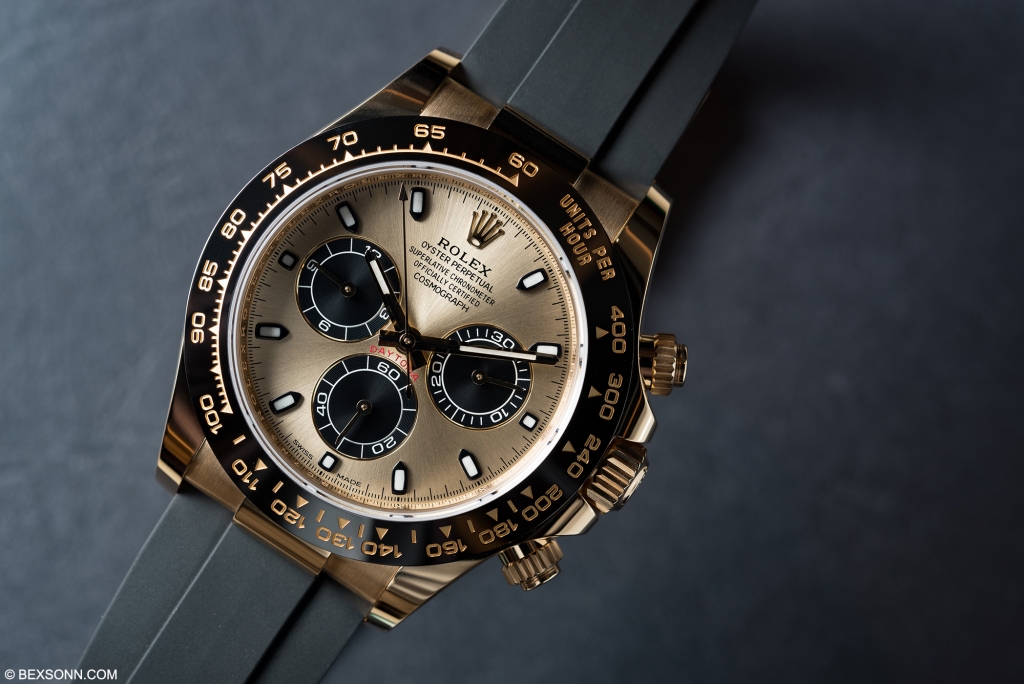 The Cerachrom bezel, that is graduated to 400 units, is corrosion resistant, virtually scratch proof and is unaffected by UV rays – which of course means zero patina. This extremely durable bezel also offers more legibility to the tachymetric scale, thanks to a thin layer of 18-carat gold or platinum in the numerals and graduations via a PVD process. The monobloc Cerachrom bezel is made in a single piece, which holds the crystal firmly in place on the middle case, ensuring Oyster tight waterproofness. Inside is the same old faithful calibre 4130 automatic chronograph movement. 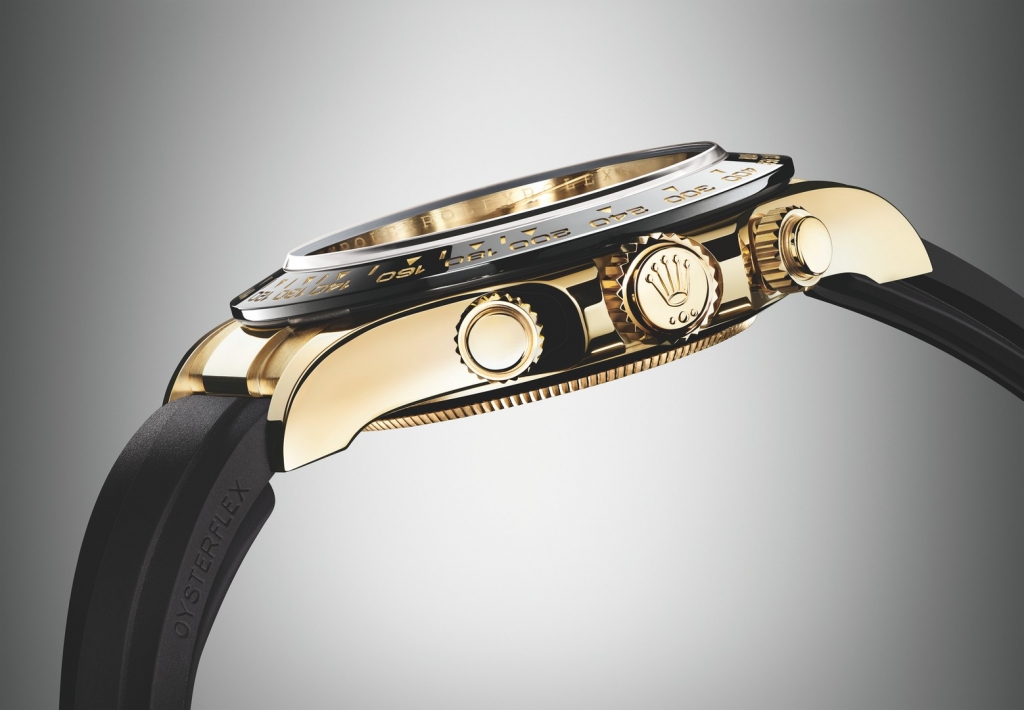 The Cosmograph Daytona is covered by the Superlative Chronometer certification, which was redefined by Rolex in 2015. This exclusive designation testifies that the watch has successfully undergone a series of tests conducted by Rolex in its own laboratories according to their own criteria, which exceeds watchmaking norms and standards. The certification applies to the fully assembled watch, after casing the movement, guaranteeing its superlative performance on the wrist in terms of precision, power reserve, waterproofness and self-winding. The precision of a Rolex Superlative Chronometer after casing is of the order of −2/+2 seconds per day, or more than twice that required of an official chronometer. This Superlative Chronometer status is identified by the green seal, as opposed to red, that now comes with every Rolex watch and is coupled with an international five-year guarantee.

When Rolex introduced the stainless steel Cerachrom bezel Cosmograph Daytona last year, it caused a frenzy. So much so, that had you put your name down on the list and managed to get it early – let’s just say you could instantly double your investment. That said, you can quite easily still do the same one year on. The stainless-steel Daytona means so much to so many for very different reasons, it is an iconic timepiece. 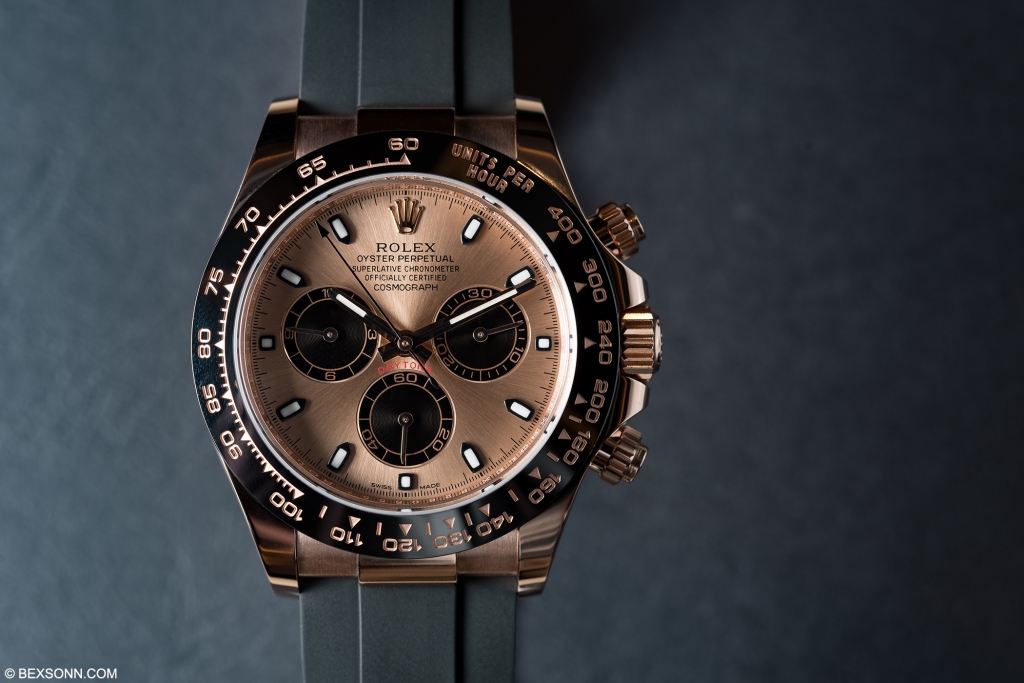 These three new Daytonas, however, have something about them that not only makes them instantly likeable but also coveted. Maybe it’s the sunburst dial, which features a fully contrasted sub dial instead of just the halos – something which harks back to the Daytonas of yesteryear. But you’d perhaps think that the frenzy which surrounded last year’s steel models was because they were steel? No, these new pieces are just as hard to obtain. While many may not agree with the way that Rolex go about their business at times in regard new timepieces, you have to admit, when Rolex get it right, they get it right! And these three examples are definitely in that category.

The new Rolex Cosmograph Daytona 116518LN is priced at £20,200 in yellow-gold and £21,050 in white and Everose gold, all prices including VAT. More information is available on the official Rolex website. 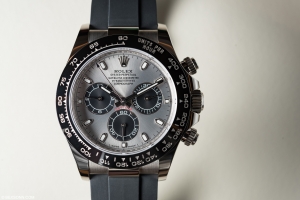 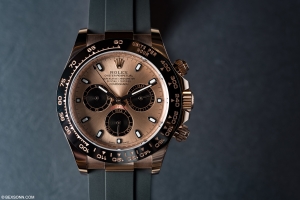 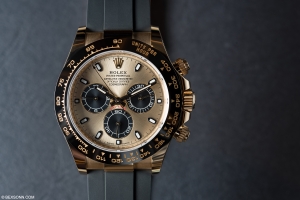 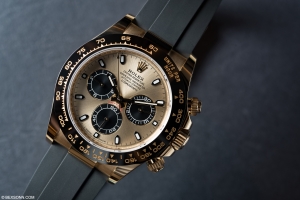 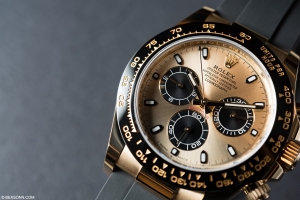 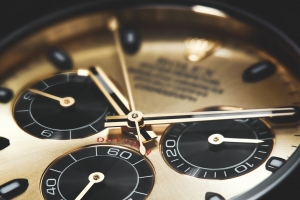