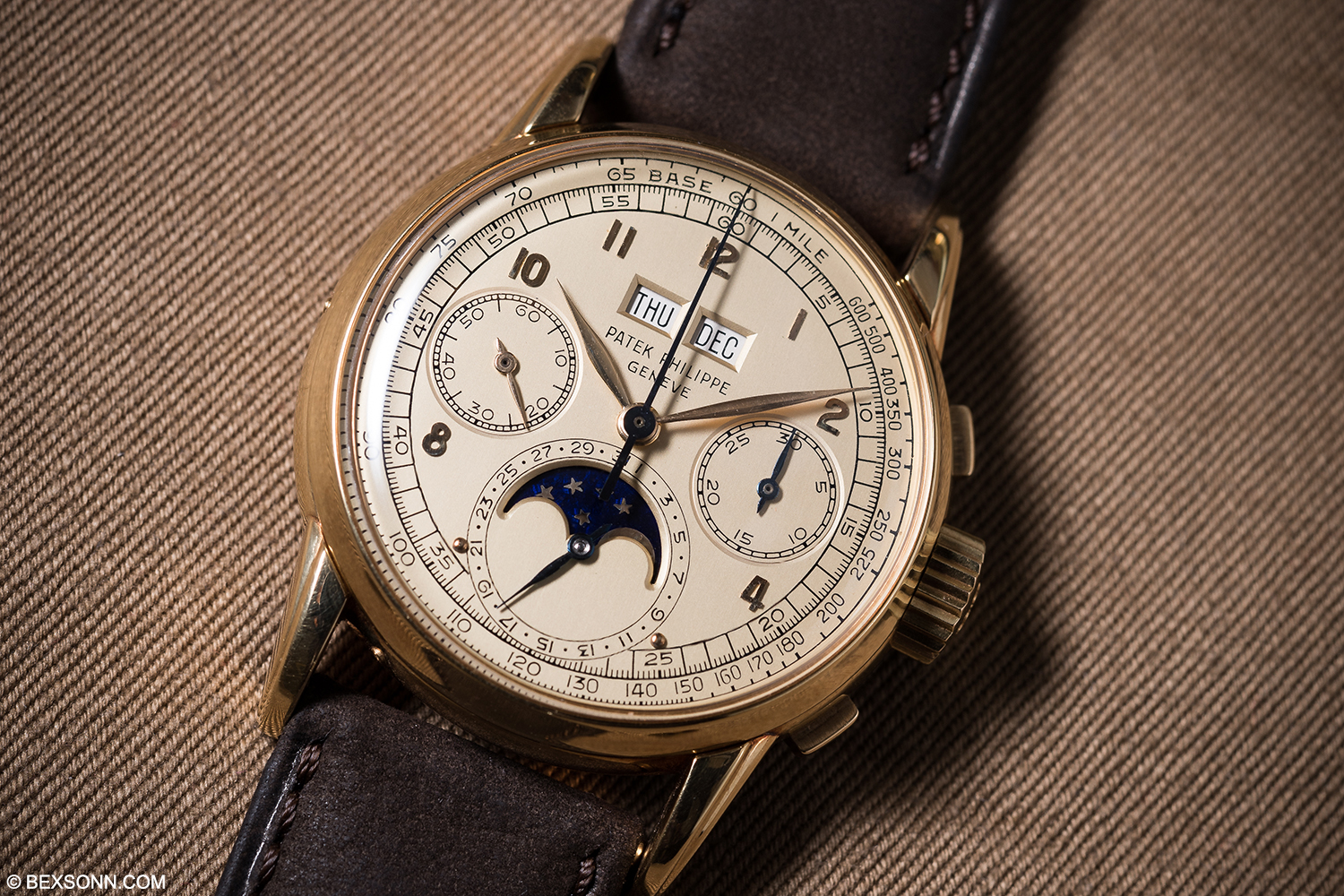 The Patek Philippe 2499: When we listed some highlights from the upcoming Phillips Geneva Auction Two last week, you may have wondered (or been screaming), where are the 2499’s!? After all, there are a grand total of three, yes three, Patek Philippe 2499’s that will be on the blocks this weekend and on top of that, they are some quality examples. So, the answer to that question would be, no, we didn’t forget and we have dedicated this week’s article to the 2499’s for sale and some passing thoughts about the watch itself.

Firstly, a lot has been said about the Patek Philippe 2499. In more words and variations, it has essentially been described as the greatest watch ever made, period. Everything from the case shape and dial layout to the perpetual calendar chronograph complication, it is as pure an embodiment as it gets of Patek Philippe as a manufacture.

The Ref.2499 was made in four distinctive series, and for those who don’t know, there are a few easy traits to tell them apart. The first series is the easiest to distinguish, with a slightly smaller case, arabic numerals, square pushers and a tachymeter, and while the second series maintained the tachymeter, both arabic numerals and baton markers were used. The most significant difference is that the case changed and incorporated round pushers instead. The third and fourth series maintained the case of its predecessor, but this time, Patek Philippe removed the tachymeter scale and only used baton markers. The difference between the third and forth series? Not much, except that the 4th series for the first time, used a sapphire crystal, altering its model number to Ref.2499/100. 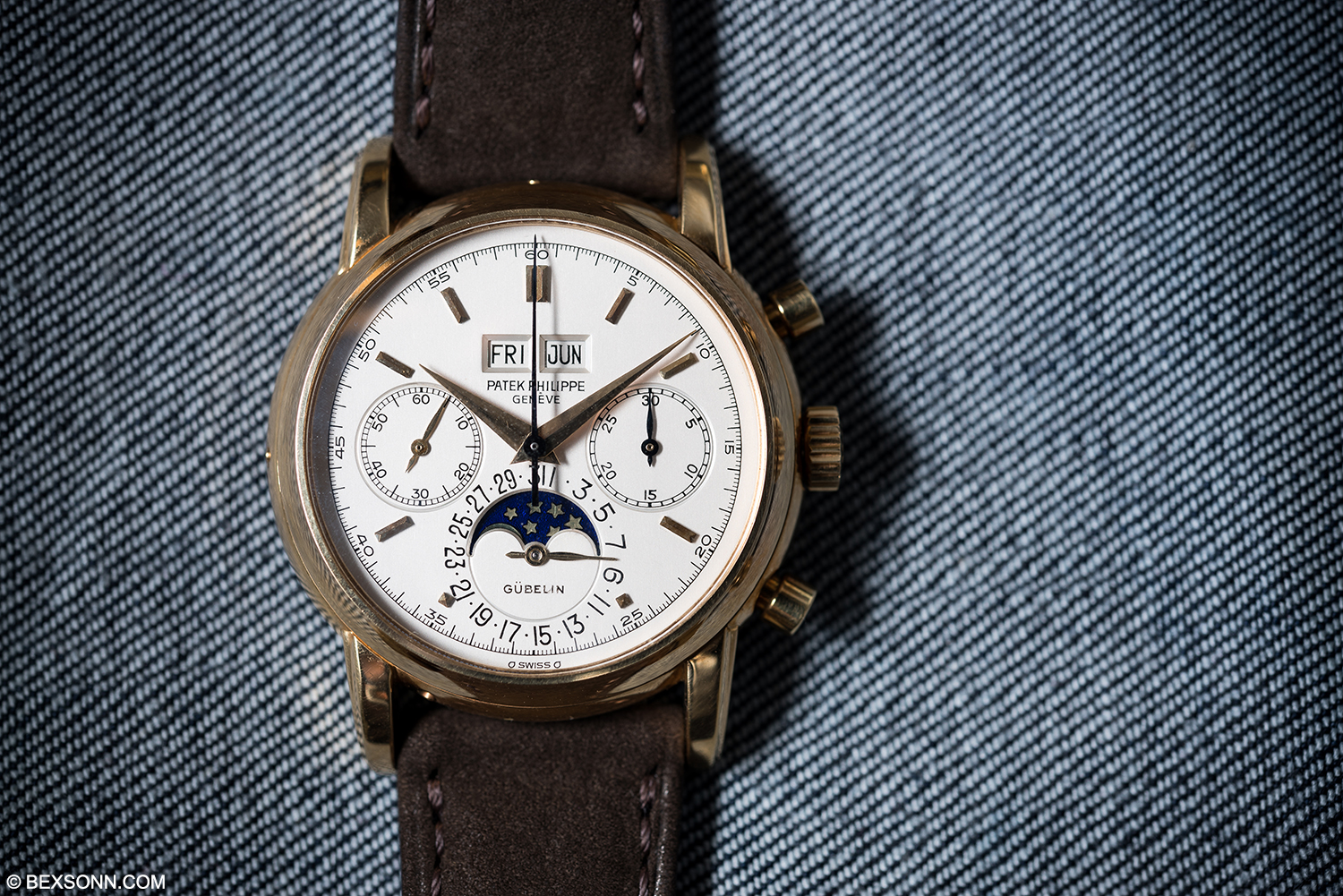 Lot 188: The first to hit the blocks is a forth series 2499 in yellow gold, retailed by Gübelin. The condition first and foremost, is impeccable. Stated by Phillips as pretty much being unworn until 2009, and still to this day remaining unpolished, you can really see the sharpness of the case and hallmarks as a testament to that. Moreover, there are only four known examples of the 2499/100 being stamped with Gübelin, so while a forth series may not be as desirable as a first or second, the condition and double signature of the watch makes this perhaps, just as special and hard to find. More here 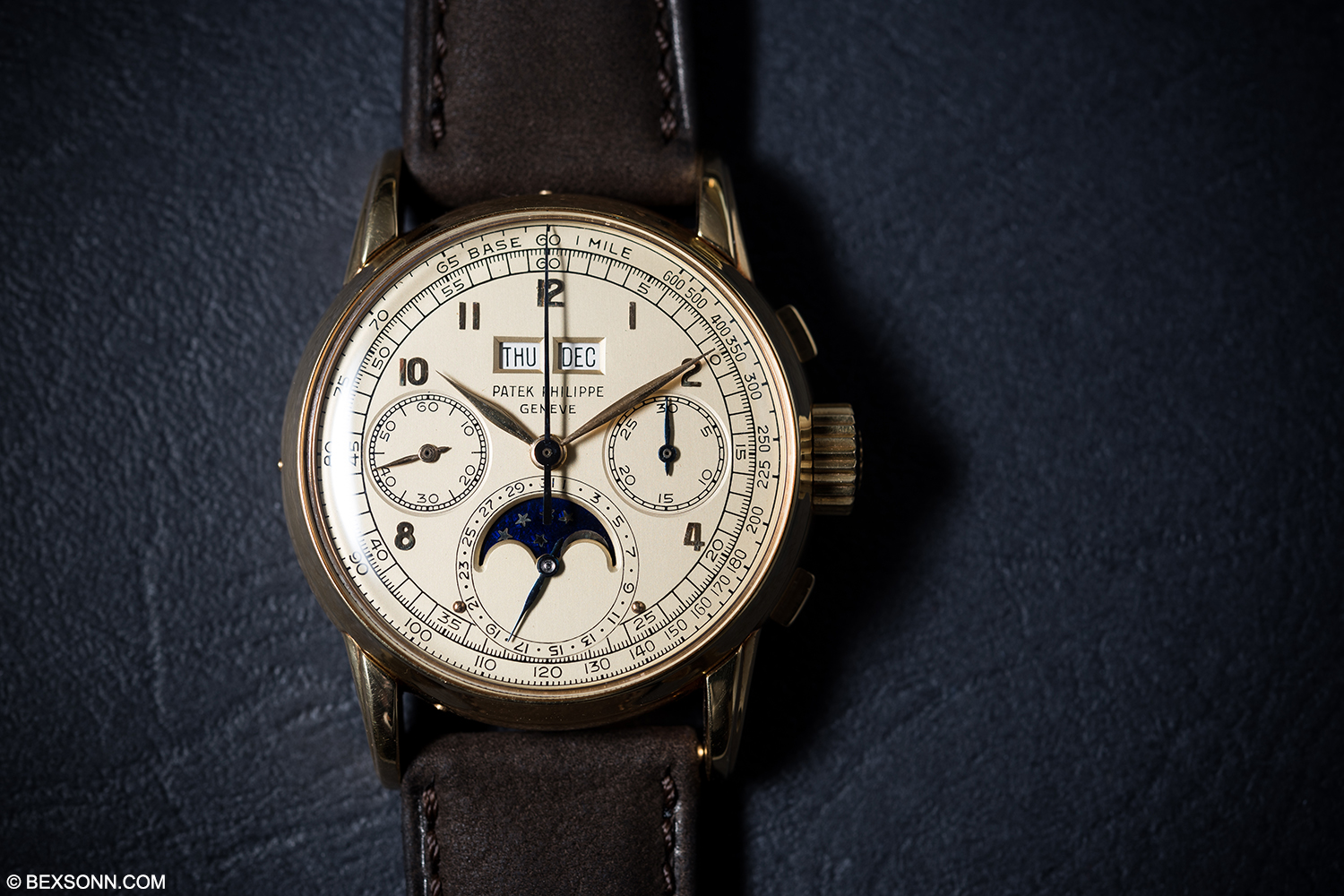 Lot 254: While 2499’s pop up every auction season, I did mention that the examples today were extra special, and this first series with a champagne dial really exemplifies this. Sized slightly smaller than its later siblings at 36mm, a little known fact is that the first series 2499’s had two case makers, with Vichet initially producing them for a short period before Wenger took over. The case differences even within the 1st series, between Vichet and Wenger are evident, most notably with the case size differentiating by 1.5mm! This version is of the former and smaller, and less than 10 known examples of yellow gold, Vichet cased 2499’s are known to exist. If that wasn’t enough, I saved the best for last. It is fitted with a champagne coloured, or as the extract describes as “or sur fond jaune” (a gold with yellow base) dial. This is the only known example of its kind. More here 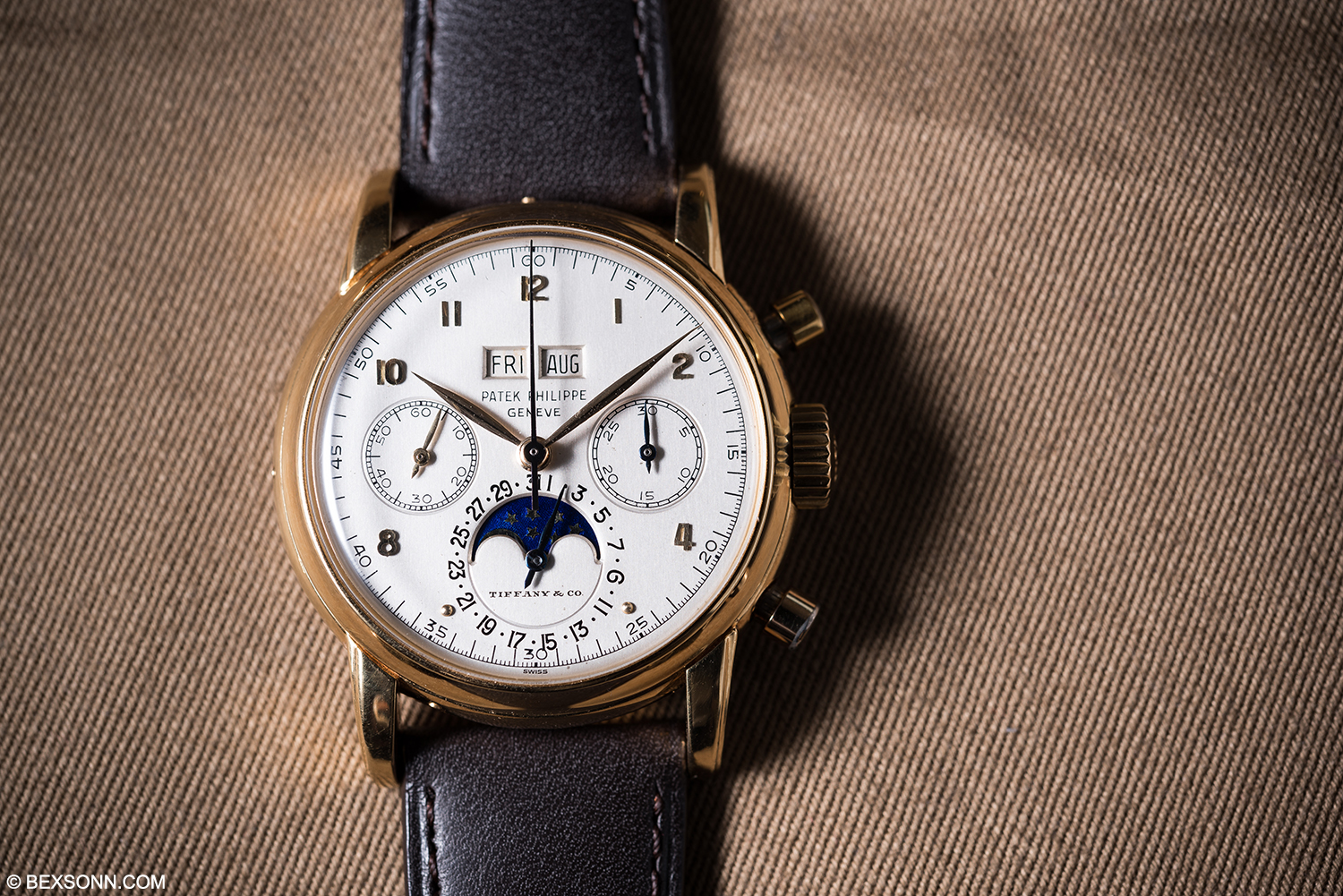 Lot 296: Lastly, is another interesting yellow gold 2499, retailed by Tiffany and Co. I don’t need to go into how double stamped watches of any kind demands a premium and the fact this is, should be enough to arouse a large interest. But where this watch is special, and to make things confusing, is that this example is dubbed as a “second and a half series” due to the fact that it had no tachymeter (which by definition means it has to be a third or forth series), but used arabic numerals (by which means it has to be a second series). Only two examples have ever surfaced, so you know where I’m going with this. As for the condition, it certainly has had its fair share of wrist time, and the case doesn’t compare to the impeccable condition of the previous lots, but the dial remains in pristine condition. 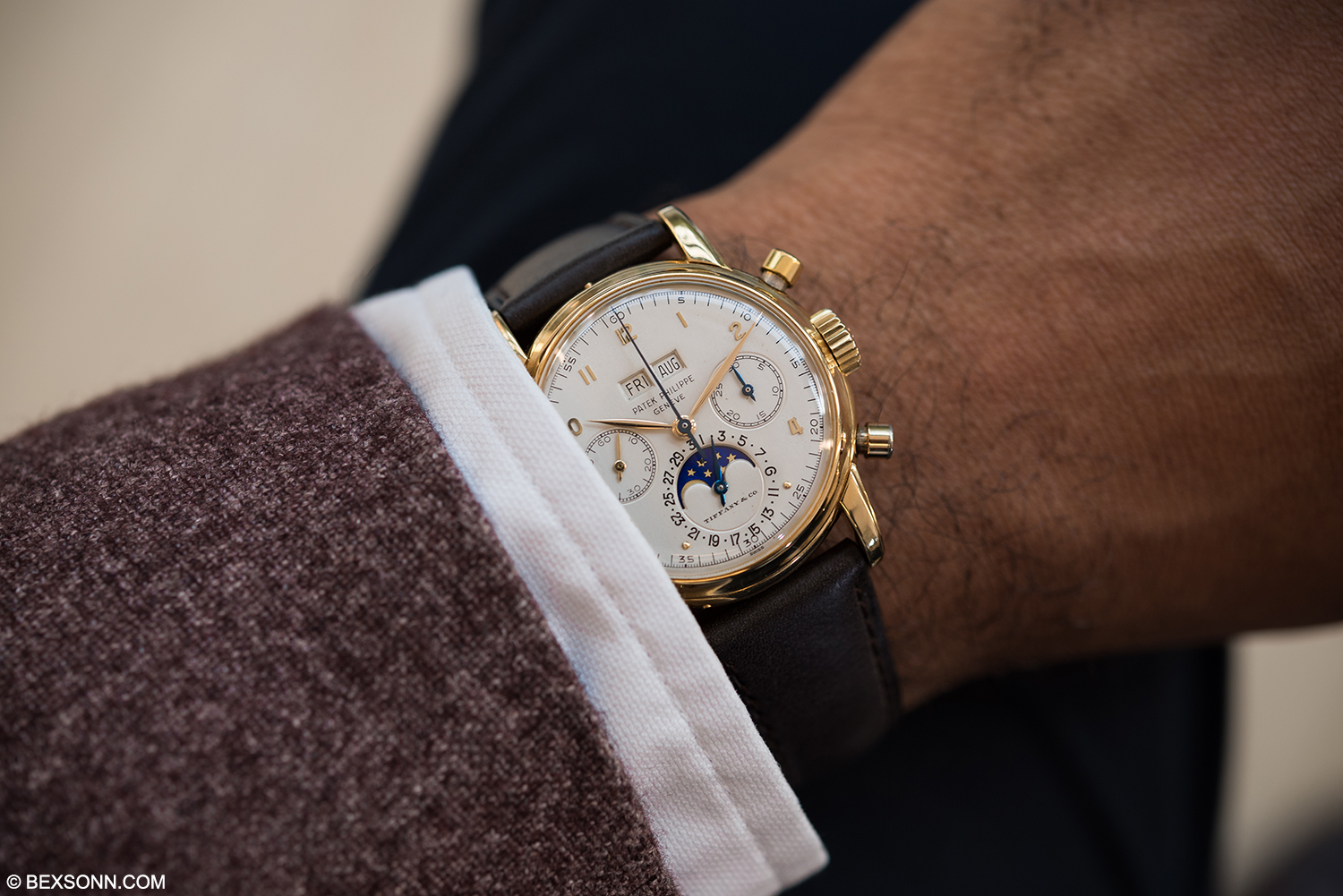 Essentially this is a balancing act, would you go for Lot 188, the not as rare fourth series but still rare due to the Gübelin stamp and its barely worn condition? Or would you go for Lot 296, the very rare and interesting, Tiffany stamped 2nd and a half series watch that is not in as good condition? Or, perhaps let’s say, Lot 254, the only known example of a first series, champagne dial 2499, but sized 2mm smaller at 36mm? I must say, this is a dilemma I would not mind being in at all. More here

WATCHES AS AN INVESTMENT?

There is a certain sense of animosity when talking about watches as an investment. Much like an artist feeling ashamed talking about the economic potential of his or her artwork and instead leaving it to the galleries and auctioneer’s to deal with it, the purist watch collector often feels uneasy about buying a watch as an investment. I do not necessarily agree about the taboo-like nature of this; how it is seen as somewhat lacking in integrity and shameful. Instead, I see it as prudence, especially when dropping large amounts of money (in this case, a 2499) for a watch. 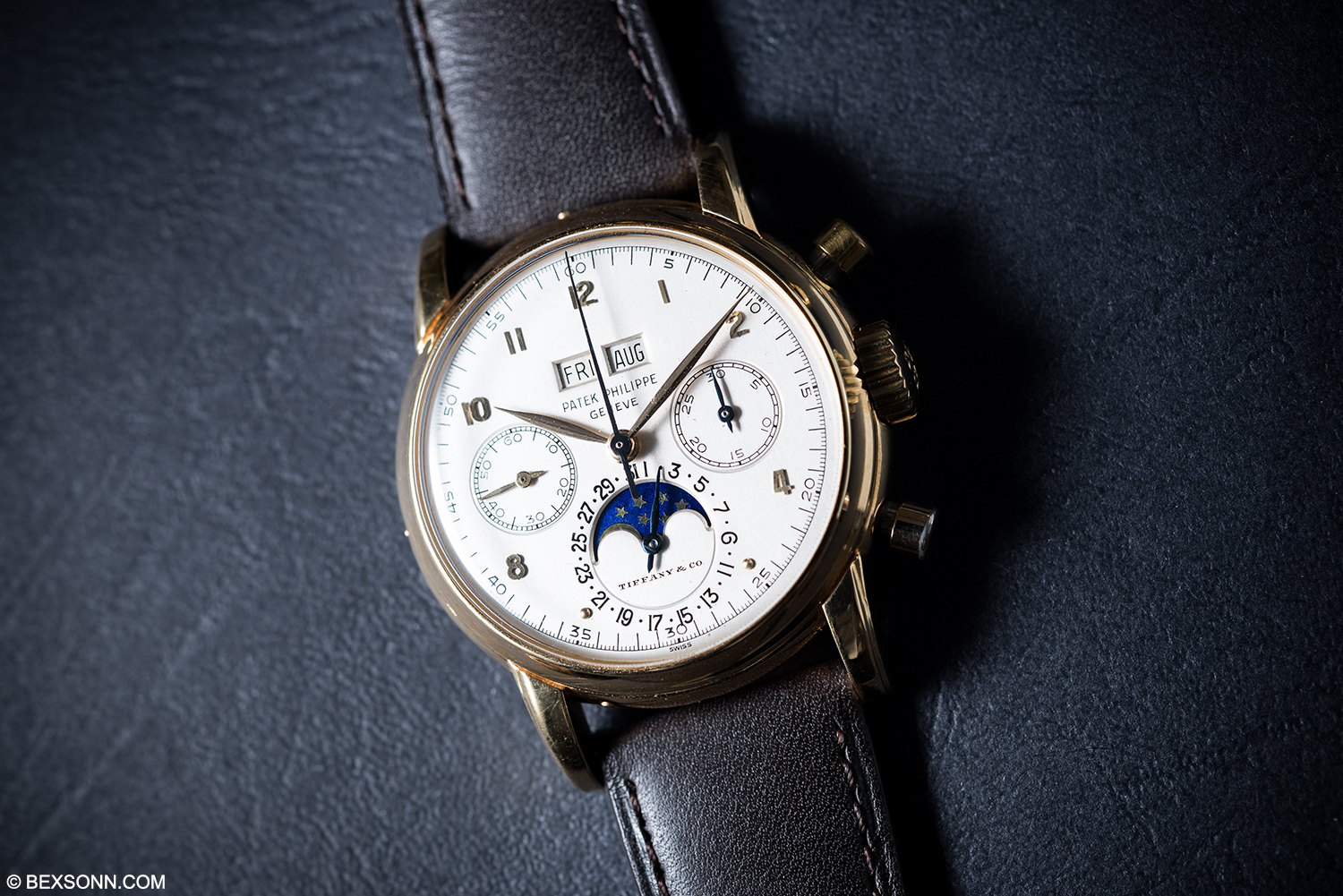 No watch collector likes to see the value of his timepieces drop, even if the intention to sell is never there. Perhaps while this is about economics, it may not always be about the money itself, but perhaps instead about some sort of subconscious universal need we all have to be accepted. A watch we acquired that appreciates in value shows us that we made a choice that is shared and approved by others.

So, as for the 2499? Is it an investment piece? In a short answer: Yes. Spanning over 35 years of production, Patek Philippe only produced 349 examples. When doing the math, that equates to roughly about 10 watches on average per year, showing how special this watch really is. When considering any investment, supply and demand and the notion of scarcity is always considered. Looking at the 2499, there is a minuscule supply, and the demand is constantly rising, making for a seemingly fool-proof purchase. That being said, like any investment, catch it at the wrong end of the cycle and buy at the top, and your short-term returns will not be attractive. It is important then to consider your intentions, if you want to buy a 2499 and flip it a few years later, perhaps there is more risk involved, but, if you want to buy this for the longer term, then I would say there is nothing to worry about. Like all markets, it is cyclical in nature and 2499’s are no exception, with prices bound to fluctuate. 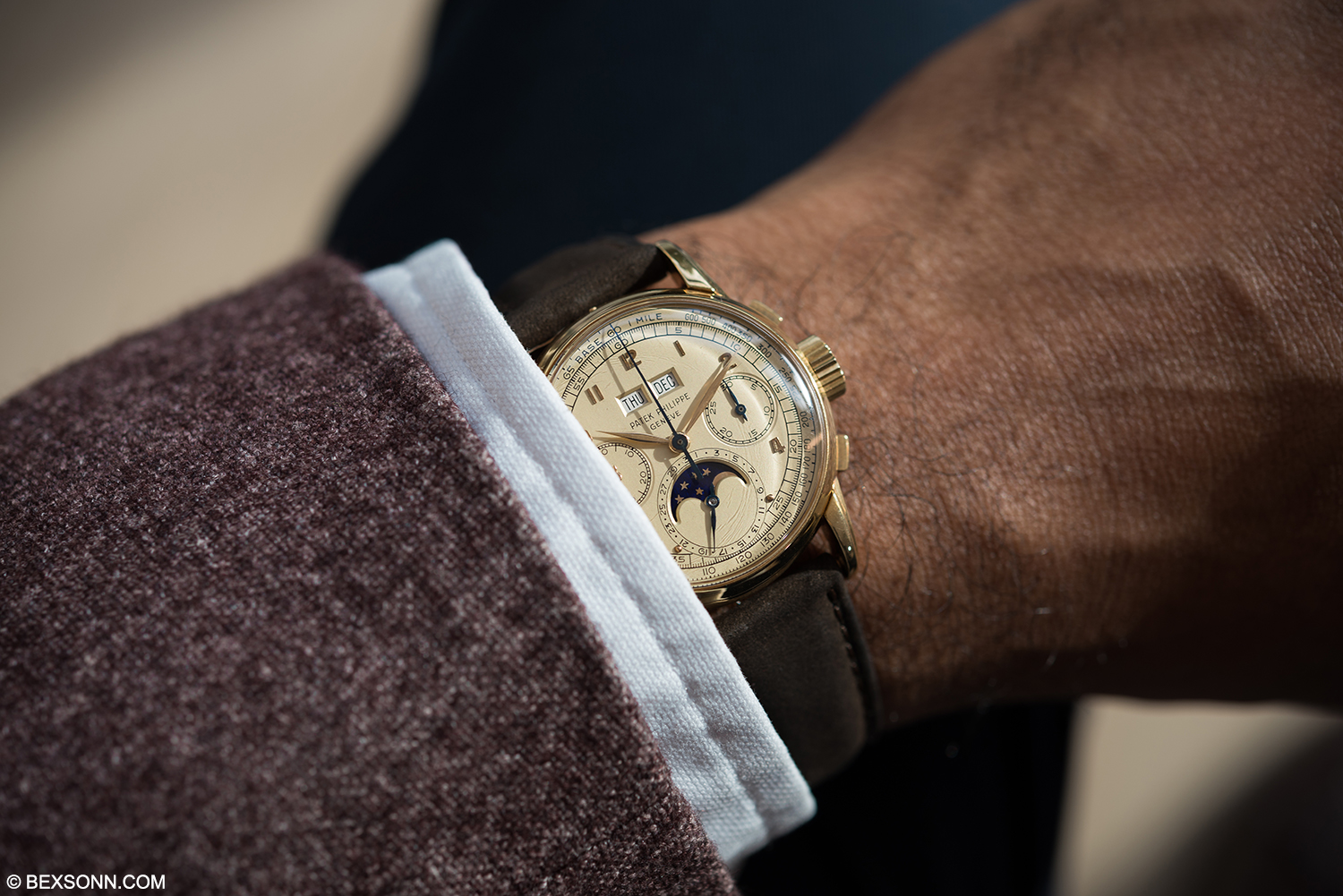 It was interesting talking to Aurel Bacs last week and the comparison he made with the 2499 and currency, even as a gold standard perhaps; of how he thought that these watches should be worth a lot more than they are today. I certainly agree in the sense that, when considering scarcity and quality, it is far more favourable than say, some vintage Rolex sport models and yet perplexingly at times, the prices can be comparable. Therefore, quantitatively speaking, every fundamental pre-requisite is there for the 2499 to be priced far higher than it is today. The thing is, the price of anything has a lot to do with public perception as well, especially in a market like this, where collector sentiment is volatile and unpredictable. Most interestingly, he lamented about how the watch industry is dogged by bad faith due to past experiences, veiling the market with an air of pessimism; or of how a Ferrari 250 SWB can be estimated at €11.5 million, yet a unique champagne dial 2499 at only €1 million. Of course, I am talking comparatively, as €1 million is still a lot of money, but considering the nature of luxury, anything is fair game and once again largely based on collector sentiment. If what Aurel says really is the case, then it is up to the good folks at places like Phillips to rectify the preconceived notion of vintage watches through offering a service that is dignified.

In closing, are the 2499’s listed at this weekend’s auction a smart investment choice? Aurel believes there is never a bad time but you decide. 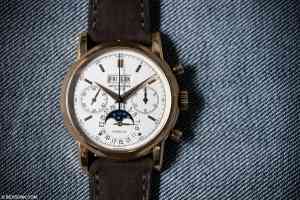 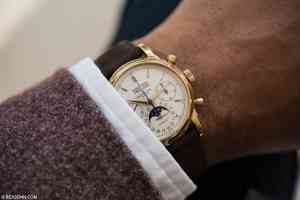 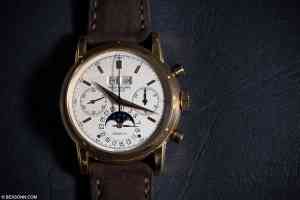 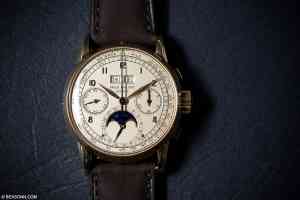 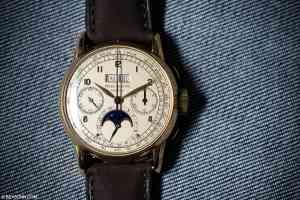 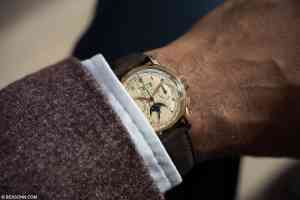 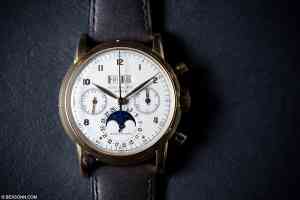 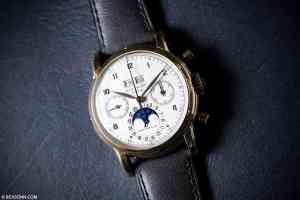 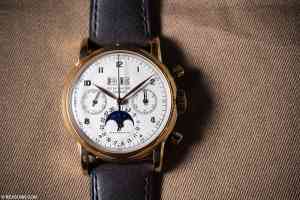 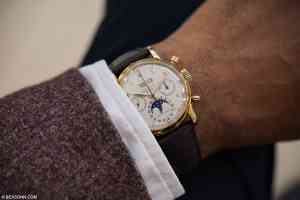 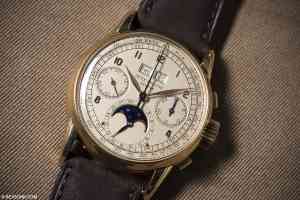