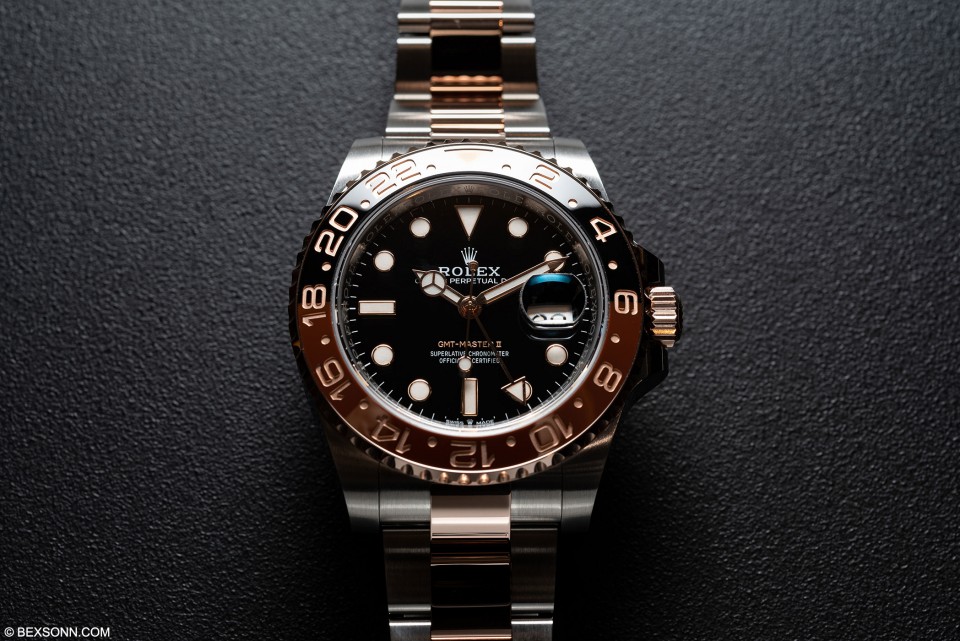 With the advent of smartphones, there is certainly argument that watches, especially mechanical ones, are simply obsolete and of no real use to everyday life. That being said, I have always maintained that there is one complication that remains relevant and useful – the GMT or two-time zone watch.

You see, with a wristwatch that displays two-time zones, it is much faster to read than if one were to pull out your phone. Just a flick of the wrist and a glance, and you can immediately tell what time it is at home while travelling, whereas with phones, you always have to pull out your phone, unlock it and click around before arriving at the international time section. This is exactly why, ladies and gentlemen, I believe that the GMT-Master by Rolex is one of the best watches on the market today.

In 2018, Rolex did a major revamp to their GMT line with three new introductions. Of course, as everyone knows by now, the one that stole the limelight, was the stainless steel GMT-Master that finally came with a ‘Pepsi’ Cerachrom bezel. On the other side of the spectrum, there was the absolutely hard-core full Everose gold model and right in the middle is what we’re looking at today. A polarizing model, the two-tone has always been a love hate thing but with this new two-tone Everose GMT-Master, it just might win over a lot of the haters. 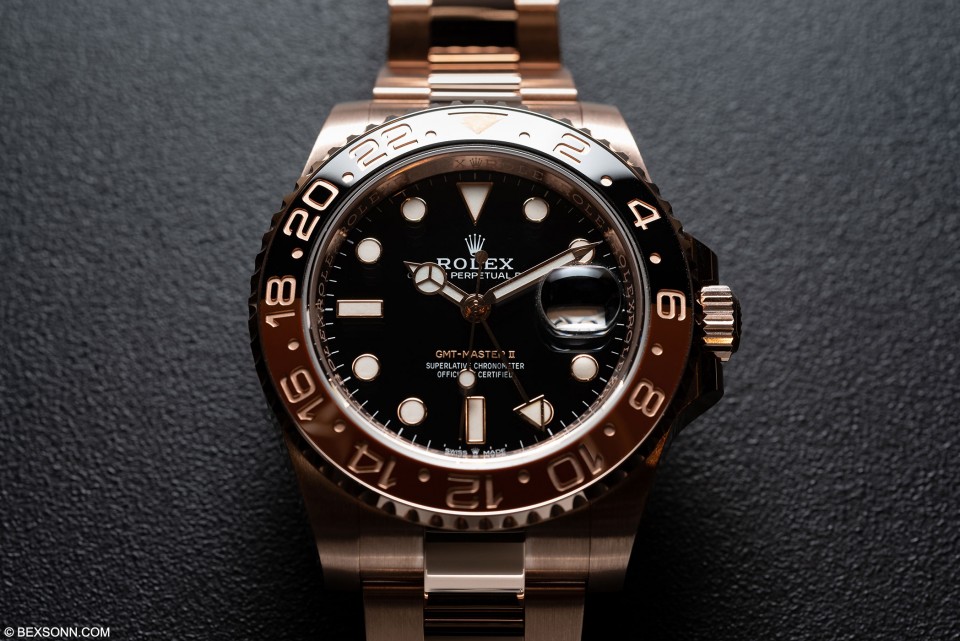 The GMT Master line has seen two iterations of its two-tone Cerachrom bezel, with the blue and black ‘Batman’ being the first release several years ago. Shortly after that, Rolex finally released the blue and red ‘Pepsi’ version, but to many people’s disappointment, it was housed in a white gold case rather than everyone’s desired stainless steel. This year, while everyone was excited about the ‘Pepsi’ being released in stainless steel, the third iteration of the two-tone Cerachrom bezel was released, in black and brown. This bezel comes with both the two-tone and the full Everose (as seen above), but we’re going to focus more on the former today. 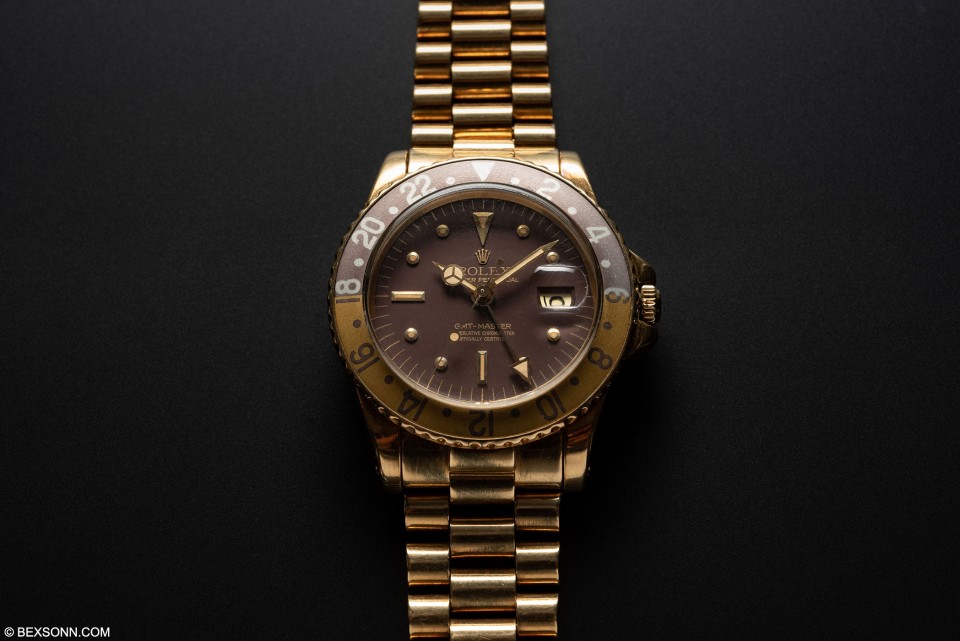 The new two-tone is nicknamed the ‘Root Beer’, after the original Ref 16753 released in the 60’s. While they are not exactly similar, the original came with a brown bezel with gold numerals and a two-tone bracelet, which perhaps is what sparked this nickname. I must say, this brown and black combination is absolutely stunning. Depending on the light source the contrast between the two colours vary and while at times the brown adds a sharp pop of colour to your outfit, in dimmer settings it becomes very understated.

Housed in Rolex’s classic 40mm case, while the original ‘Rootbeer’ came on a Jubilee bracelet, this version comes with a solid Oyster bracelet. It has polished Everose centre links and has brushed stainless steel for the outer links, completing the two-tone look. It has Rolex’s Easylink function which ingeniously allows for up to 5mm of easy adjustment on the bracelet and all in all is insanely well made. 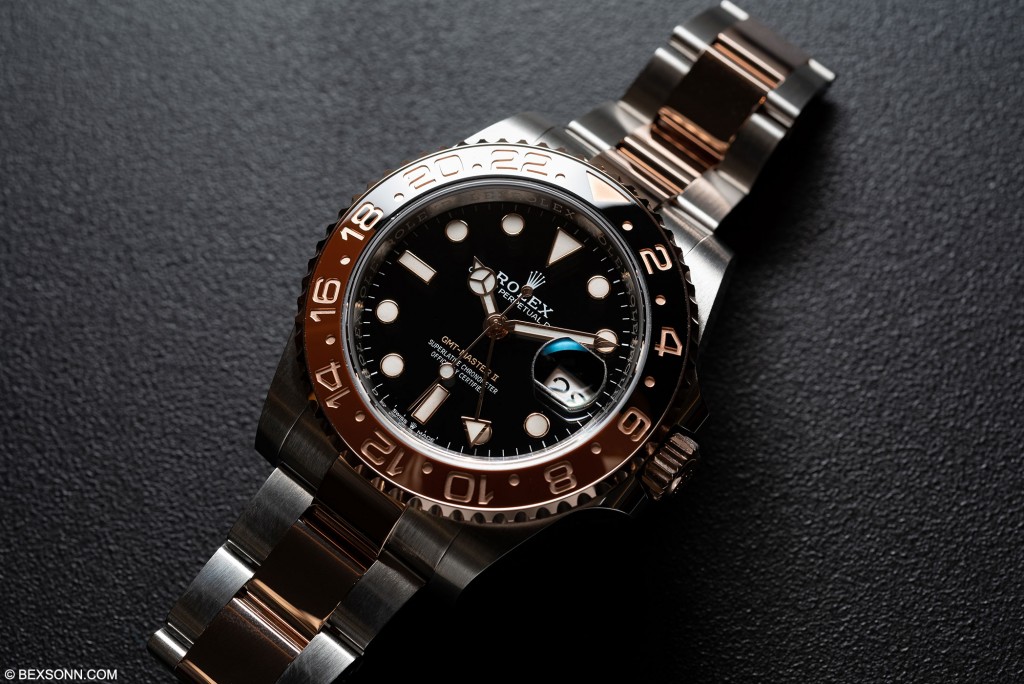 On top of the aesthetics, another big change lies inside, with the older Calibre 3186 being replaced by a new and improved Calibre 3285. Upgrades to the movement include Rolex’s new Chronergy escapement and an improved power reserve up to 70 hours. All in all it comes in line with the manufactures ‘Superlative Chronometer’ standard, with a deviation of +/- 2 seconds per day. 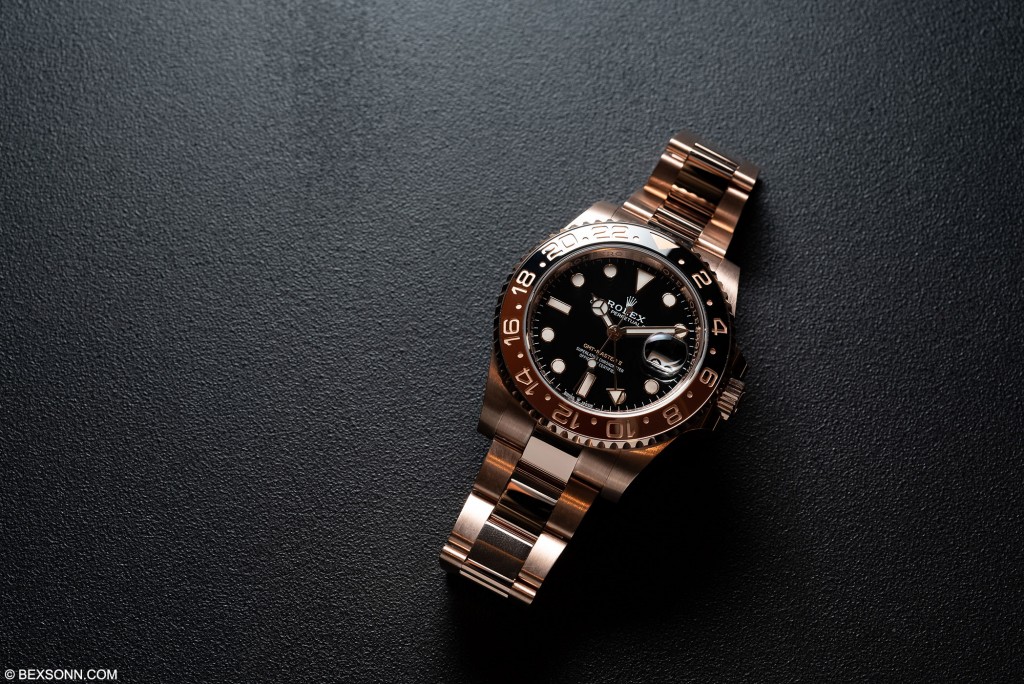 I have never been one for two-tone, and if given the choice, I still might go for the full Everose model but this new release by Rolex has certainly loosened my aversion for bimetal watches. Whereas two-tone pieces tend to be quite loud, with the blue bezel two-tone Submariner as an example, this new ‘Rootbeer’ is much more understated and its design language overall is more harmonious with the tones of brown and black working well with the Everose gold. Overall, I take my hat off to all the GMTs released this year, but while the steel and full gold version were expected successes, this two-tone ‘Rootbeer’ was a very pleasant surprise.