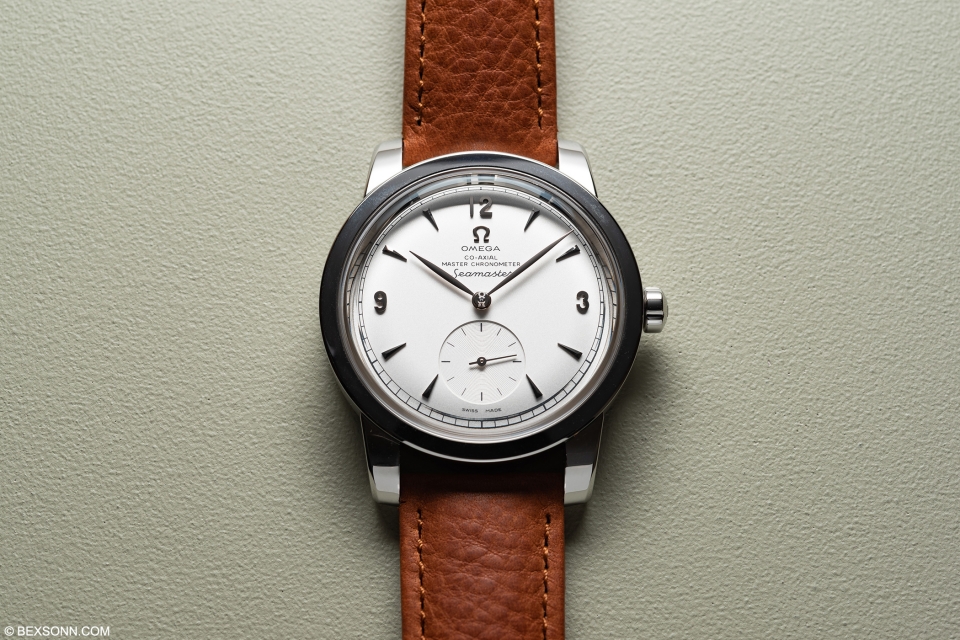 Over the last couple of years, we’ve become almost accustom to Omega introducing something from yesteryear, or to be more specific; introducing a watch inspired by a design of old – something vintage. Not many brands can do this and even when they do, they don’t always get it right. However, Omega have become somewhat masters of this, by capturing little details that make all the difference but most importantly – getting the balance just right. Of course Omega are no strangers to celebrating milestones and for the 70th anniversary of the Seamaster, the brand have chosen to pay tribute to these exceptional timepieces by releasing not one but two Limited Edition models in the spirit of the 1948 classics.

Omega’s new Seamaster Limited Edition timepieces are firmly rooted in World War II history. Between 1940 and 1945, OMEGA delivered more than 110,000 timepieces to the British Ministry of Defence (MoD) for use within the Royal Air Force and its other branches. The watches were highly valued by British airmen and sailors for their water-resistance and reliability in combat. The end of the war and the ensuing optimism found OMEGA at the height of its creativity and the brand responded to the demand for a timepiece with the same robust technology and reliable conception, but more aesthetically suited to civilian life. 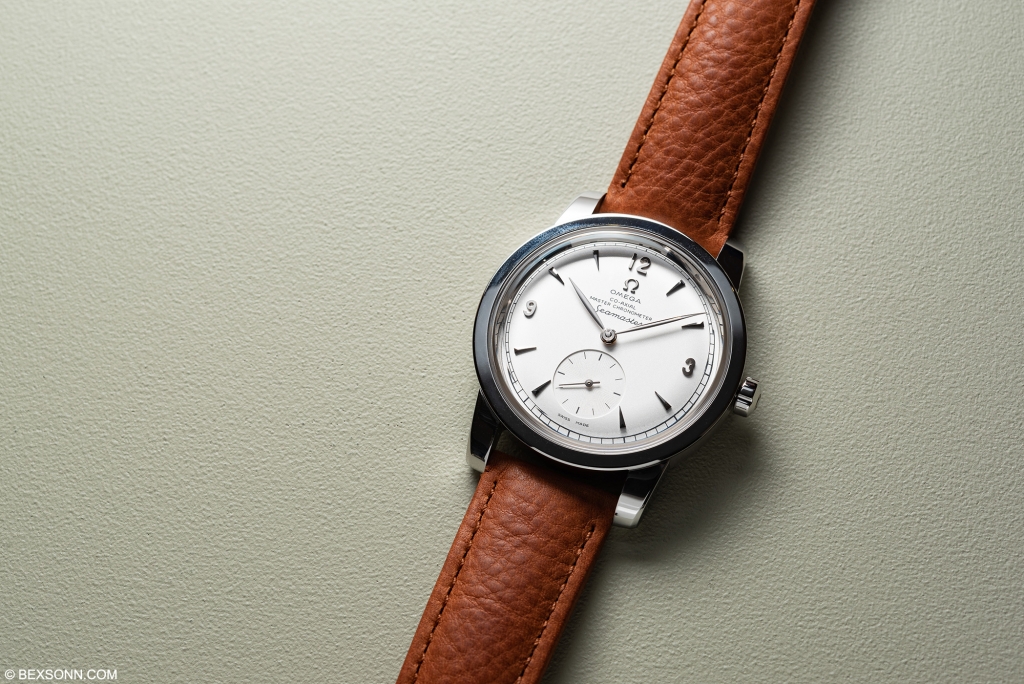 Launched in 1948, the Seamaster line was Omega’s first family of watches. The beautifully designed timepieces were given greater water-resistance than their military counterparts by Omega. Today Omega have stayed true to the original post-war design, giving owners a glimpse into the past. Omega have taken two of the Seamaster designs from the 1940s: the Seamaster 1948 Small Seconds and the Seamaster 1948 Central Second, which are powered by calibres that are, of course, a product of today. Powered by Master Chronometer movements 8804 and 8806 respectively, movements that have undergone METAS certified test. Just in case you are unaware of what this is, we mentioned it here in an article a couple of years ago. 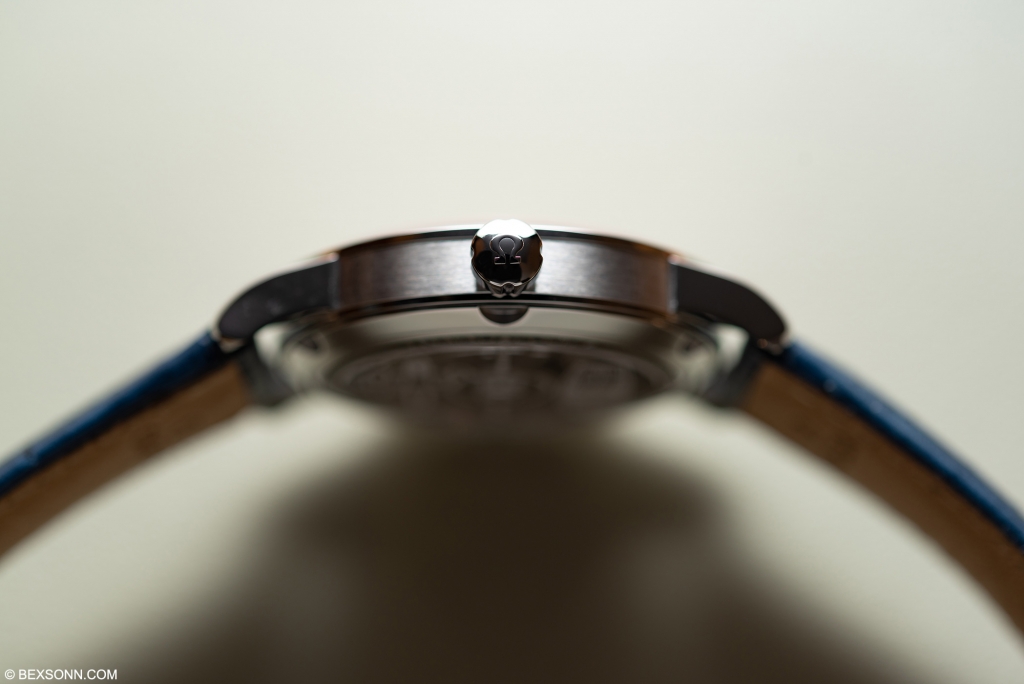 Both models sport a moderate 38mm a stainless-steel case, polished bezel, opaline silvery domed dial and polished crown, embossed with vintage Ω. However, on closer inspection, you’ll notice the diamond polished 18K white gold hands reveals subtle differences between the two. On the Seamaster 1948 Small Seconds, features feuille (leaf) hour and minute hands with the latter being slightly domed. While the Central Second is graced with Dauphine style hour and minute hands filled with white Super-LumiNova. On the Central Second model, both the minute and seconds hands are domed. 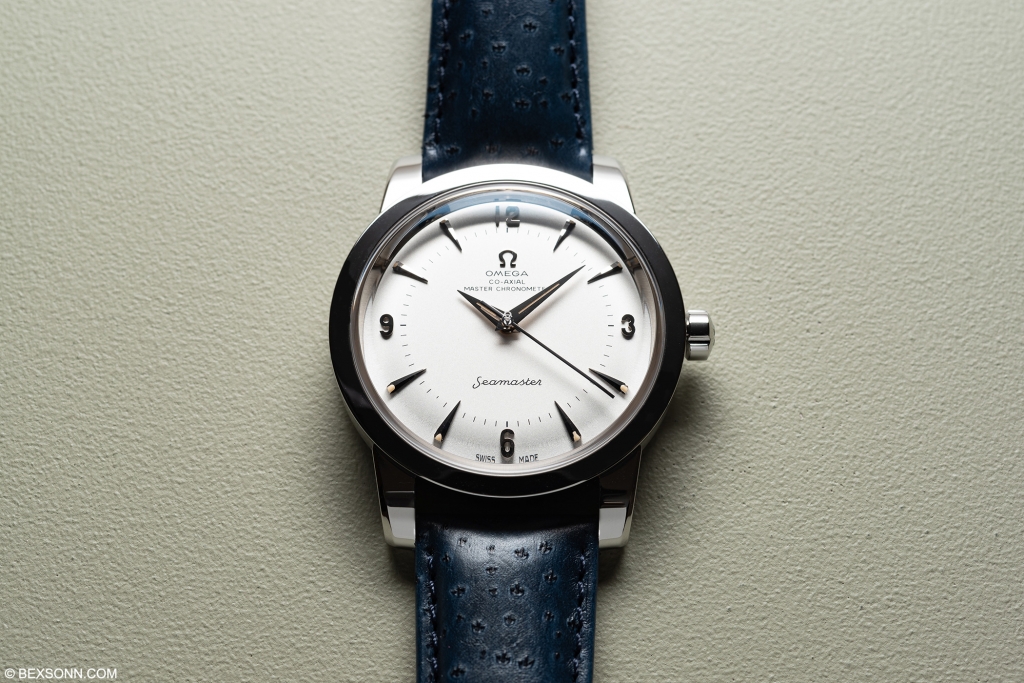 The Seamaster 1948 Small Seconds includes a small seconds indication at 6 o’clock and is presented on a brown leather strap with a polished-brushed stainless steel buckle. The strap of the Central Second model is blue-grey leather. Like the original straps, both buckles include a vintage Omega logo. Nonetheless, it’s little details like this and the Ω logo in the centre of the domed sapphire crystal take make all the difference to watch nerds. 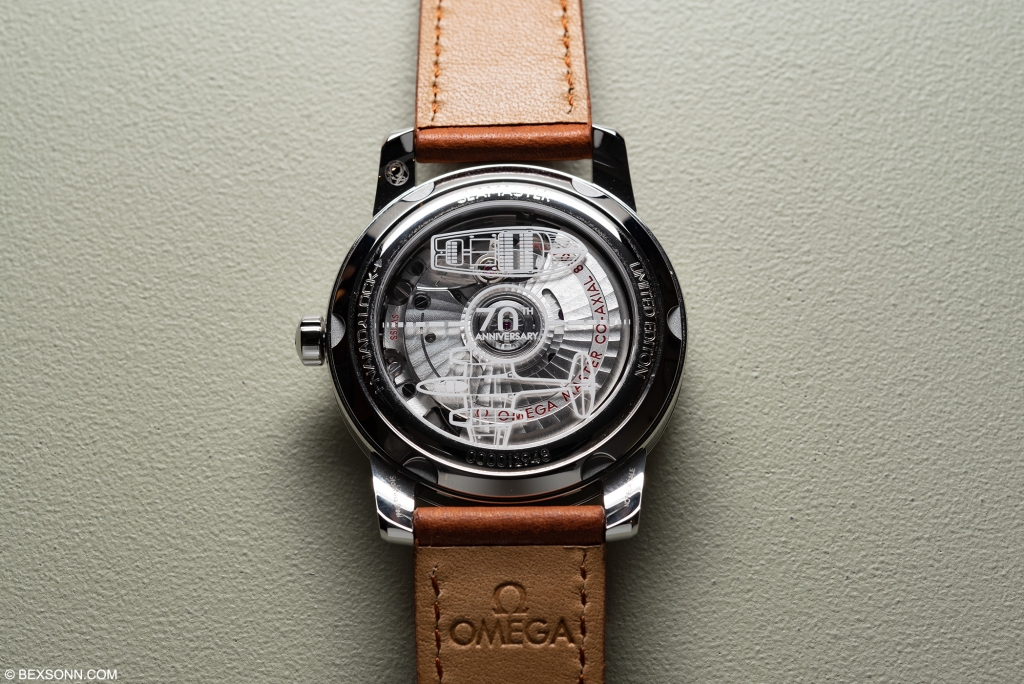 The caseback of each watch features a tribute; the flat sapphire crystal has been laser engraved and lacquered by hand with a 70th Anniversary logo, a Chris-Craft boat and Gloster Meteor aircraft, the first jet plane used by the Royal Air Force. These new models are water-resistant to 60m or 200ft. Both watches are presented in their own special collector’s box, made of soft brown leather. Both examples come with a spare NATO strap in the original Admiralty grey colour, a leather strap and strap changing tool are also included. Each model is limited to 1,948 pieces.