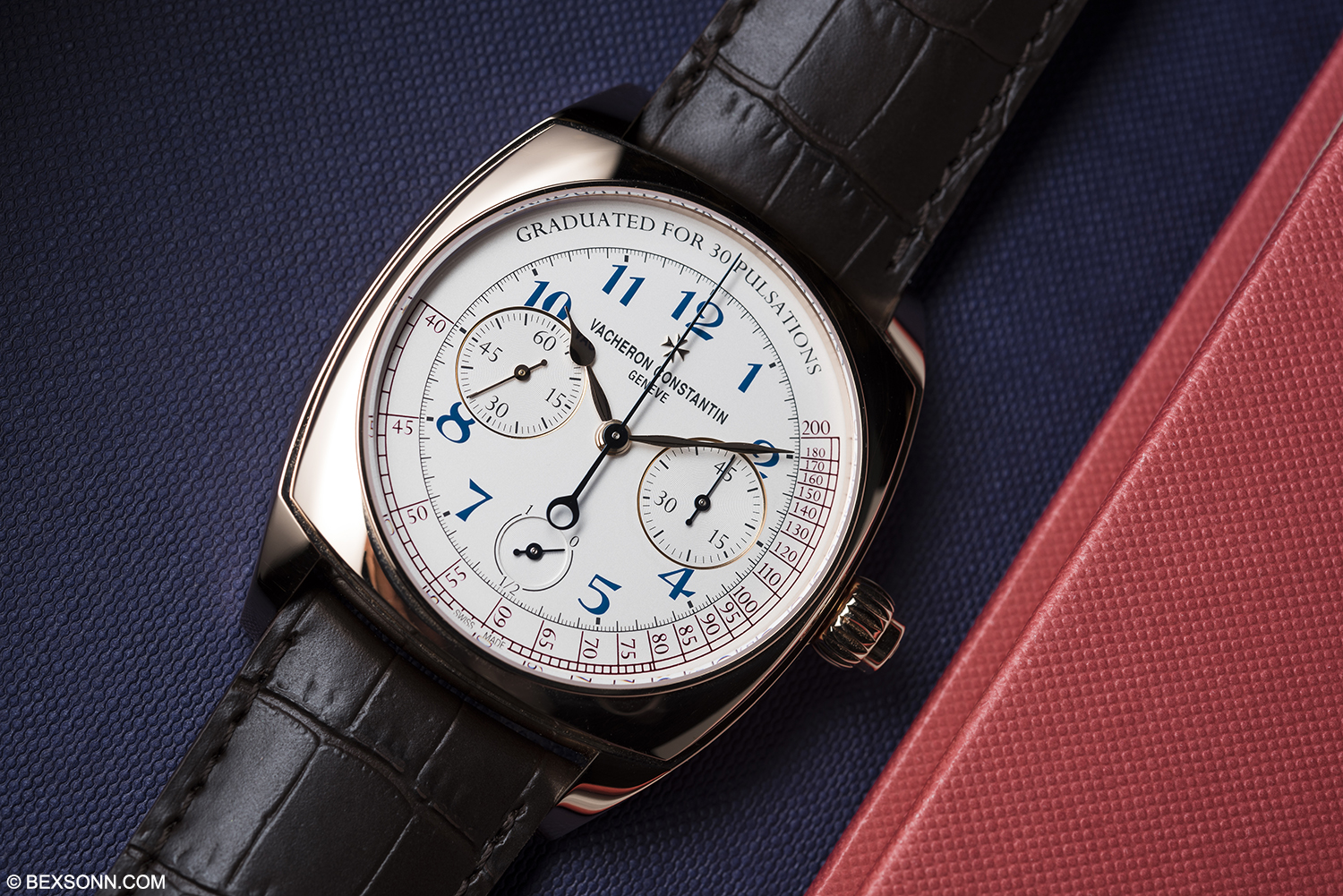 Vacheron Constantin Harmony Mono-pusher Chronograph: As you may already know, Vacheron Constantin has been around for some time. In fact they have been around, in continuous production, since 1755. So this makes it their 260th anniversary. To celebrate this anniversary, during SIHH 2015, Vacheron Constantin introduced a wristwatch range called Harmony. Issued in limited editions, these eminently contemporary timepieces feature a new cushion shape and a design inspired by one of the brand’s first wristwatch chronographs introduced in 1928, of which I am very fond of. But just creating a new timepiece range is not that ground breaking, however, Vacheron have also introduced their first fully in-house developed chronograph complication – which collectors of the brand have been waiting for, for many years. 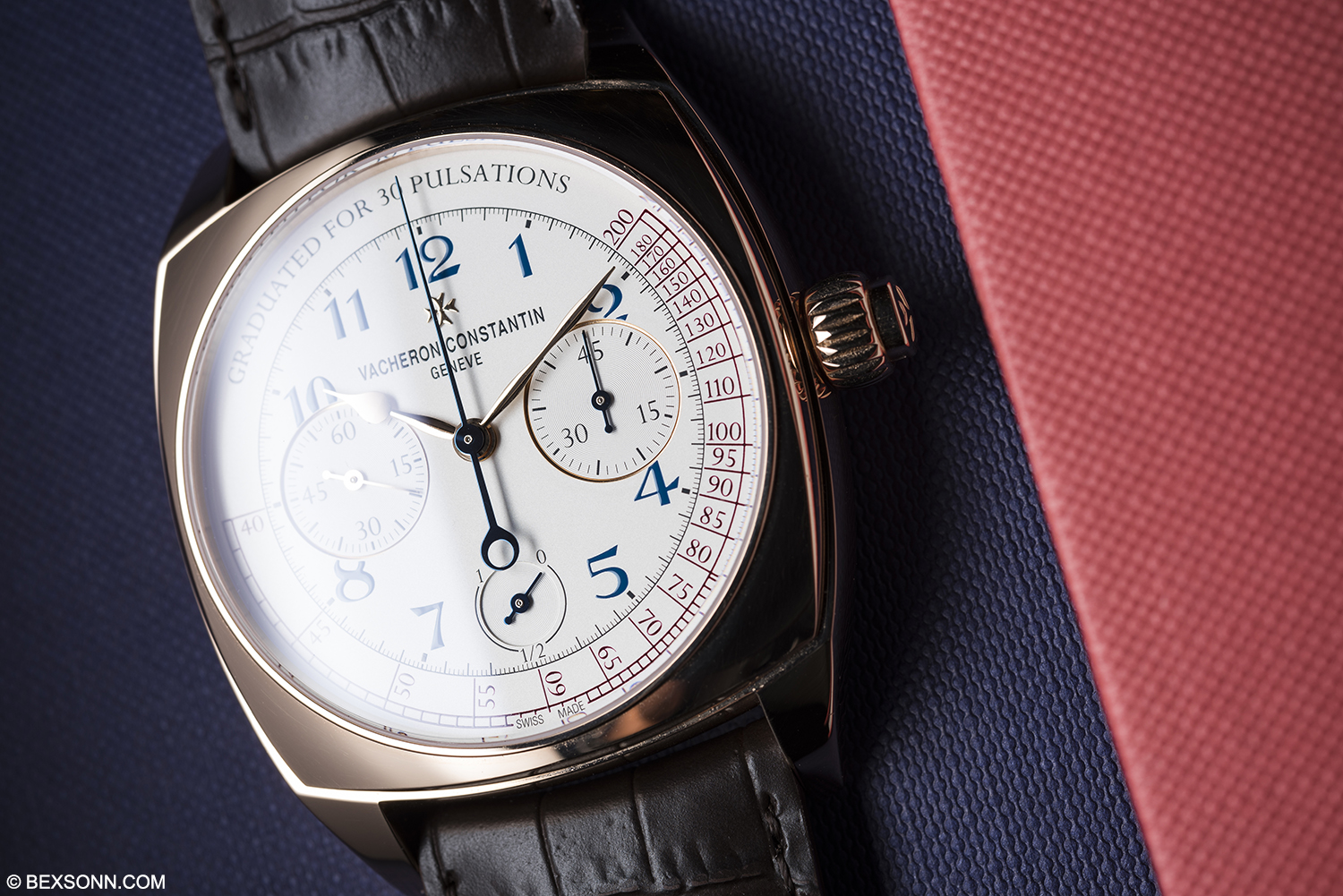 While we didn’t make it to SIHH 2015, we did manage to get hands-on time with some of the new collection and in particular, the New Harmony mono-pusher chronograph. Seeing as it is my favourite movement complication, I think it’s only right that we first look at Vacheron’s first in-house chronograph calibre. As mentioned before, Vacheron are celebrating their 260th anniversary and with that have decided to celebrate a complication that has enjoyed a key place among its creations since 1917: the chronograph. Interpreted in its most elegantly classical expression – the mono-pusher chronograph – this collection greatly prized among connoisseurs requires considerable patience, dexterity and experience on the part of the watchmaker who assembles it. 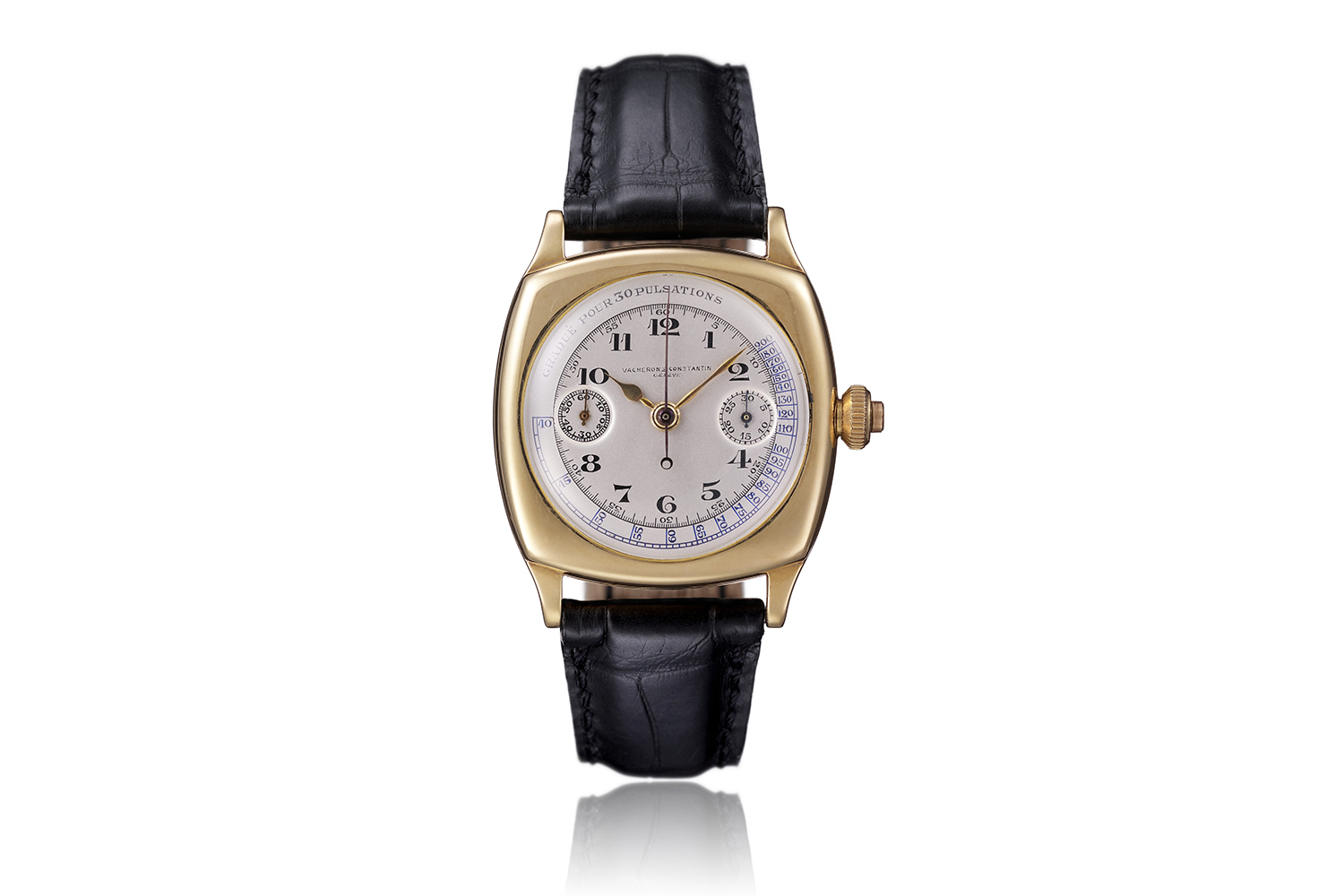 Inside this Harmony mono-pusher chronograph is the manual winding calibre 3300 – a variation directly inspired by the 1928 model. But Vacheron not only introduced this new in-house chronograph movement but a few others too, including the world’s thinnest self-winding rattrapante chronograph that measure a mere 5.20mm thick – Vacheron like to exceed the boundaries. All of this work to develop a new in-house chronograph movement, stems from seven years of research and development, the three new mono-pusher chronographs presented in the Harmony collection are driven by calibres entirely developed and produced within the Manufacture Vacheron Constantin, completely in keeping with its watchmaking heritage while benefiting from cutting-edge technologies. 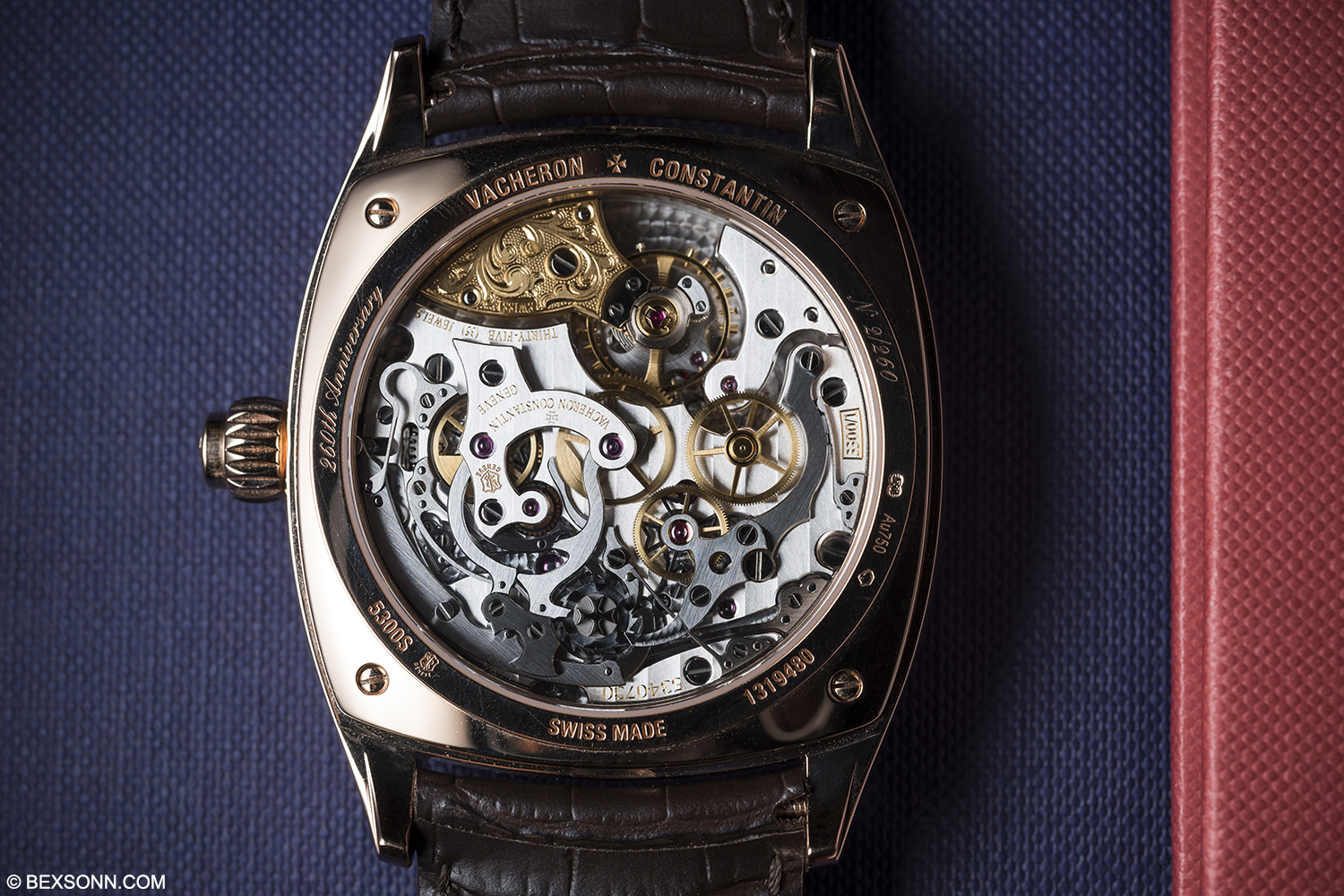 From an aesthetic standpoint the calibre 3300 is in-keeping with Vacheron’s traditional core values. This new calibre is adorned with remarkable finishing: mirror polishing, bevelling, circular graining and Côtes de Genève. In addition Vacheron have also made use of the engraving style called “fleurisianne engraving”, which can be seen on the balance cock that was inspired by the oldest pocket watch belonging to the Maison and signed by Jean-Marc Vacheron. Another noticeable sign of refinement is Vacheron’s use of a screw to hold the column-wheel in place is adorned with the Maltese cross, the brand emblem. The calibre 3300 provides up to 65-hours of power reserve, showcasing the technologic benefits. 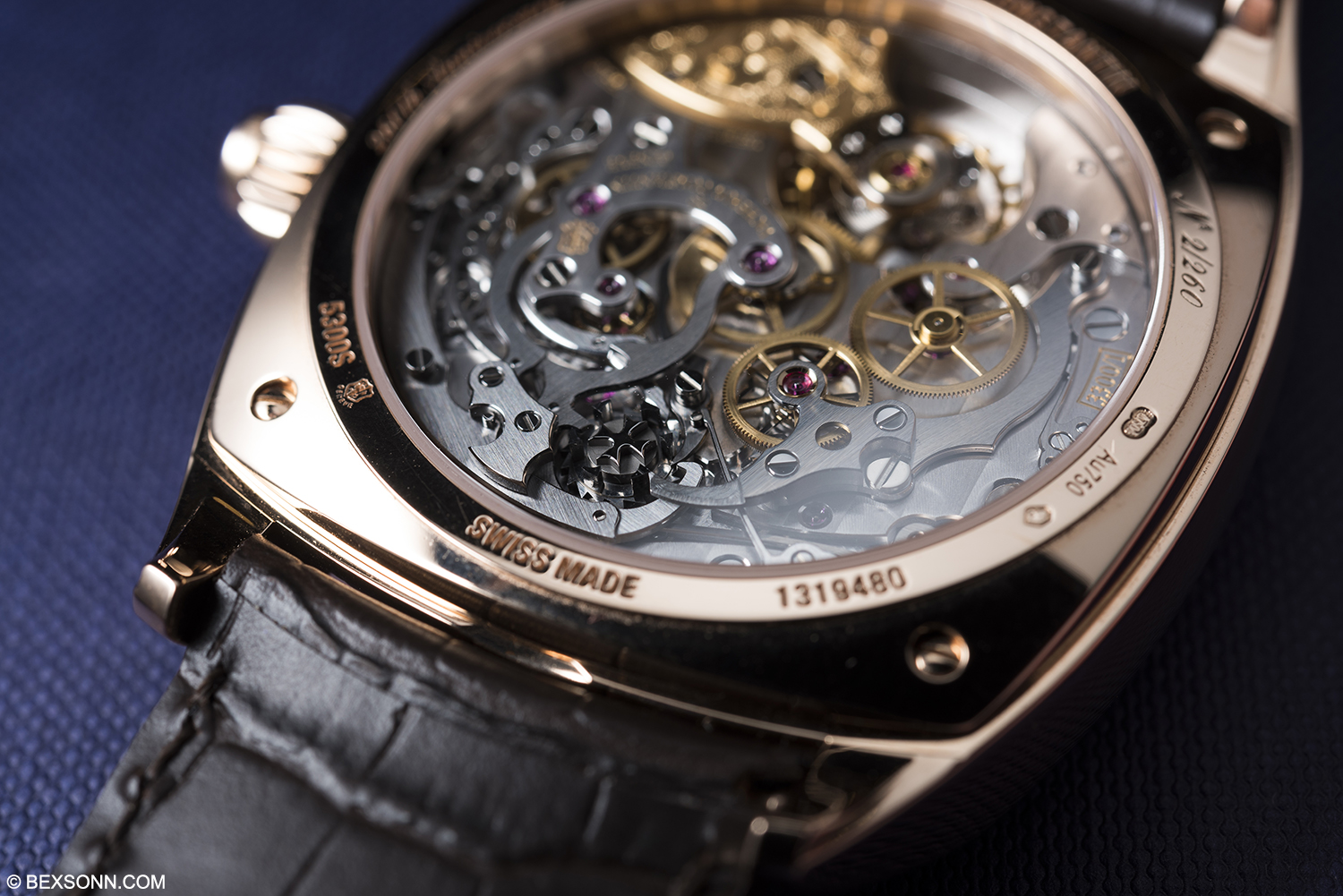 While I’ve explained that the New Harmony mono-pusher chronograph features a traditional column mechanism, during the development process it became necessary to include a lateral clutch, as opposed to a vertical one. This was chosen for a very simple reason. You see, a lateral clutch addresses the problem that sometimes impairs the running of a chronograph: pressing the pusher tends to make the chronograph seconds hand give a slight jerk before starting to run. The chronograph was thus entirely redesigned to reduce and even eliminate this tiny jump. Though interestingly enough, it also features a “dragging” 45-minute counter as opposed to a customary 30-minute one and a system that prevents gears from moving until enough pressure is applied. 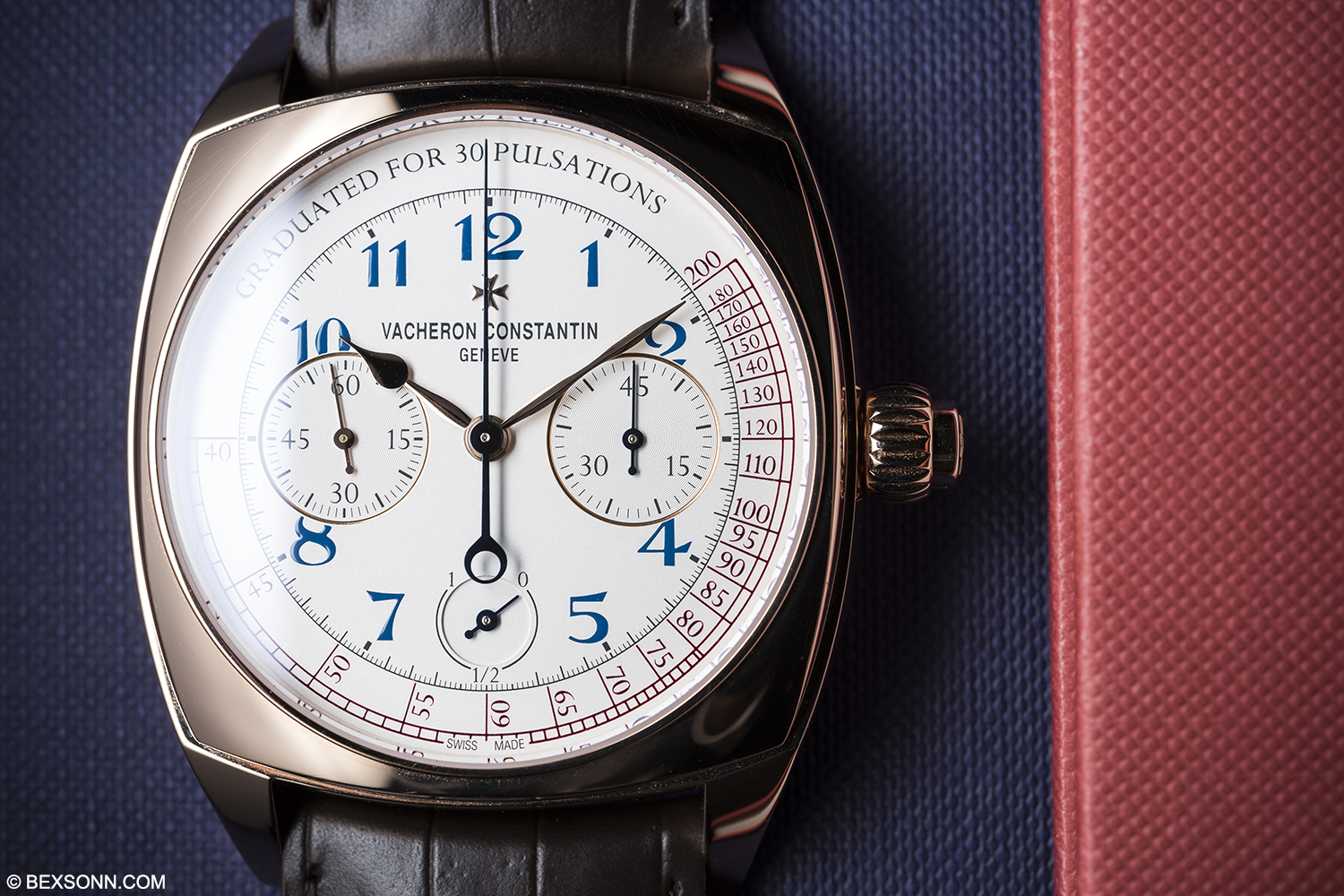 As mentioned, the Harmony range was introduced in a few variations but of those variations the mono-pusher chronograph embodies the true spirit of the 1928 chronograph. The sophistication of this exquisite timepiece is displayed with a distinctive luminous silver opaline dial, featuring painted Arabic numerals and slender leaf-type hands. Whilst it has been seen before, the use of leaf hands is a first for Vacheron in their current collection. 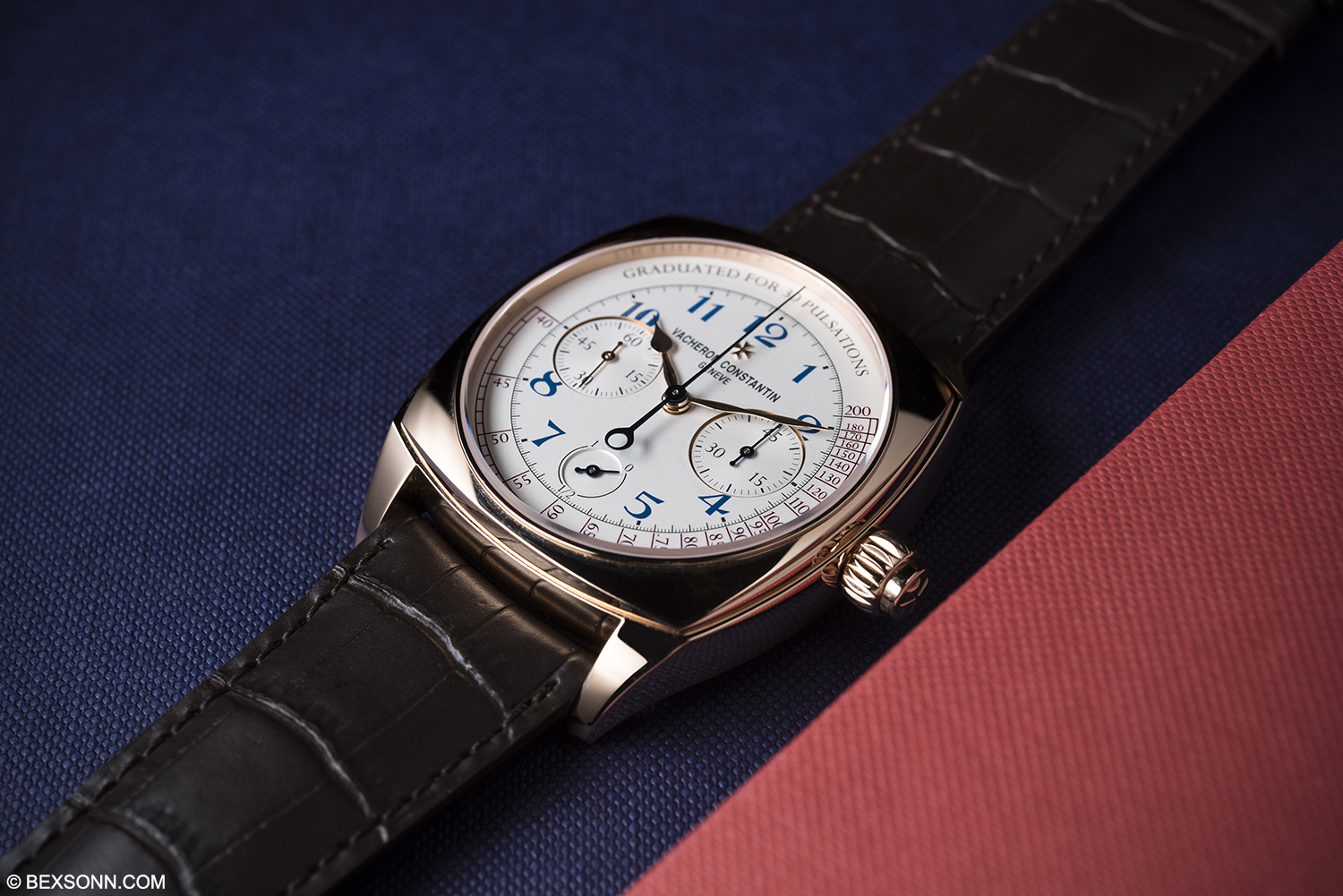 The dial displays the hours, minutes, and small seconds at 9 o’clock, along with a mono-pusher chronograph function, pulsometer scale and power-reserve indication. Entirely redesigned and resized to compose an entirely original creation. The blue painted numerals – matching the central second’s hand – give a unique appearance to the dial, with the bold red outer scale creating contrast but importantly making sure it is entirely legible. A nice little detail that may go unnoticed, is the use of pink gold on the outer flange of the two subsidiary dials. 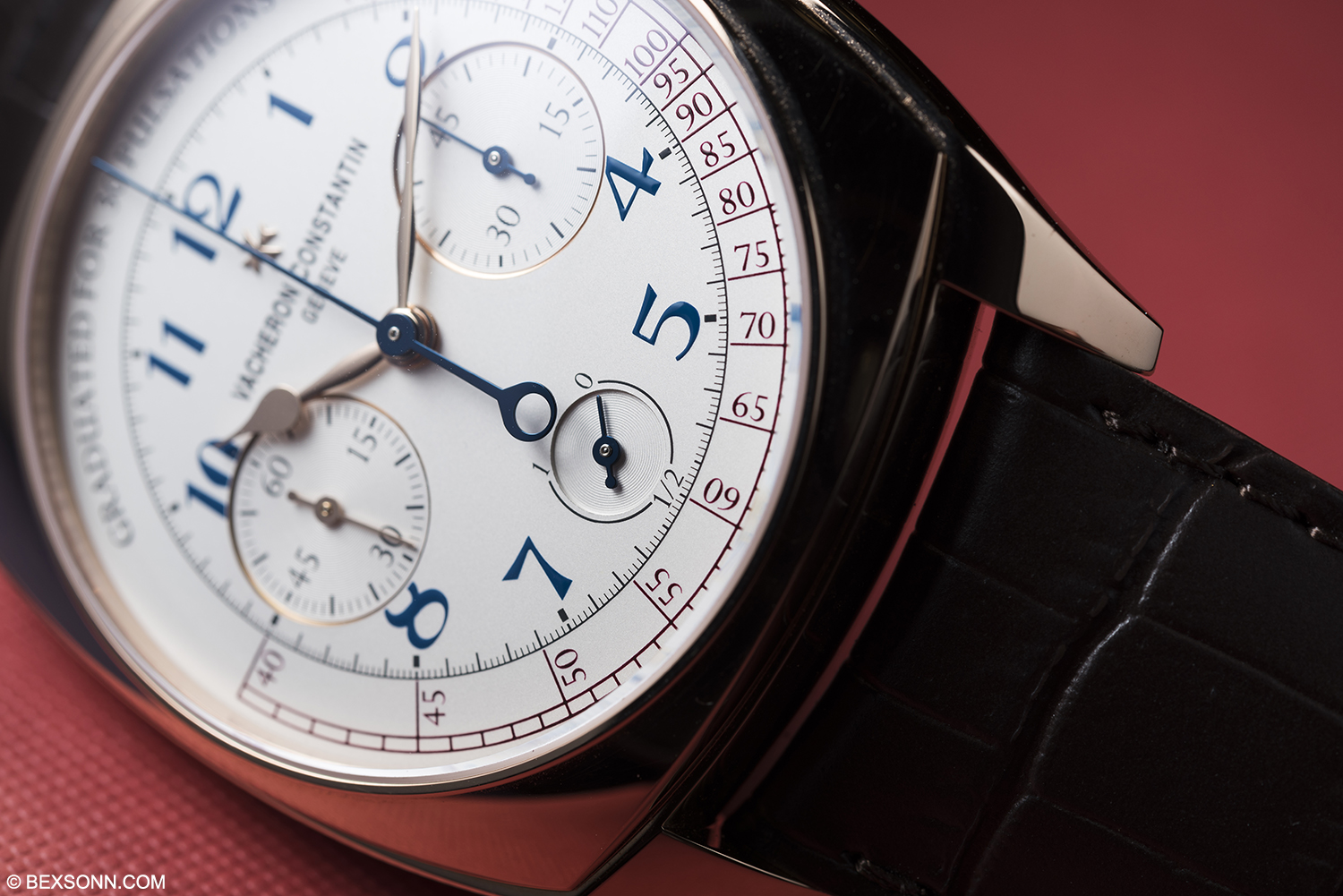 Like its descendant, the Harmony features a curved case middle, a square bezel and a round sapphire crystal, which seamlessly meet in an elegant reinterpretation of the mono-pusher chronograph with pulsometer scale presented by the Manufacture in 1928. The 18-carat gold case measures 42mm x 52mm and 12.81mm thick, which admittedly sounds rather large. However, that said it does wear a little smaller than it sounds. In keeping with its classic aesthetics, at 3 o’clock is a beautifully fluted crown, with incorporated chronograph push piece. Activating a chronograph has never felt so smooth, yet so reassuring and the reason for this is to prevent damage to the movement. Substantial damage is done to traditional chronographs when too much or too little pressure is applied but there is no risk of that here. 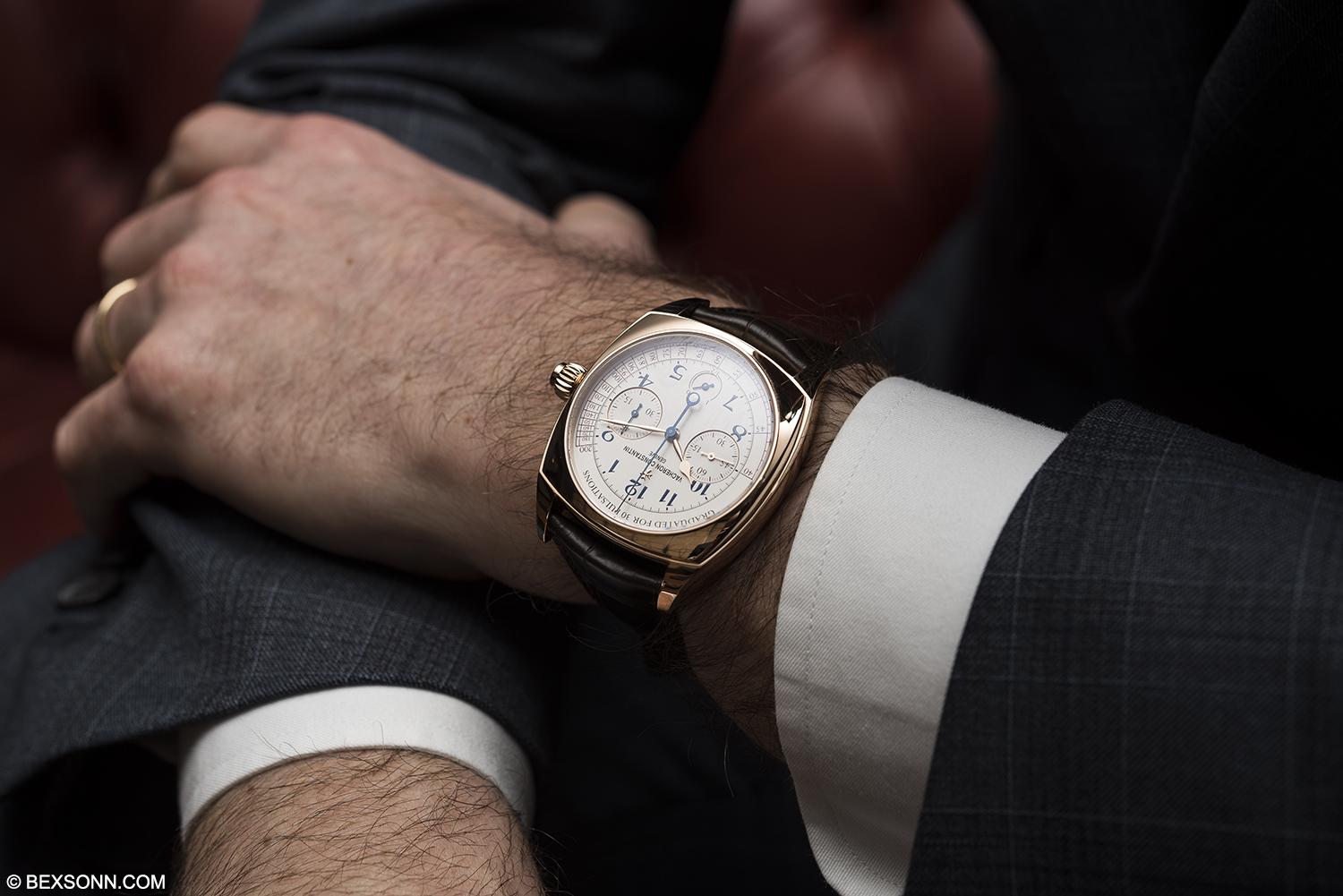 The Harmony Mono-pusher Chronograph was introduced to celebrate Vacheron’s 260th anniversary and I think it is fair to say that they have done so in some style. Speaking to Christian Selmoni, who is the Creative Director at Vacheron Constantin, he stressed to me how important it is to always be mindful when recreating a timepiece such as the Harmony collection. He told me “you have to incorporate recognisable traits but also make it completely different to the original because after all, the original is the original and we are of course trying to create a timeless wristwatch that is true to its heritage”. Of the entire range introduced this year the mono-pusher is as true to its inspiration as possible. There is no denying that it is a bold timepiece but it does coincide with a big anniversary after all. However, I think the jewel in the crown here is the movement. This is the first step on a long road for Vacheron Constantin and I’ve been assured that we will see more timepieces from other Vacheron ranges incorporating full in-house chronograph movement in the near future. The Harmony Mono-pusher Chronograph is limited to 260 numbered pieces and will retail at £53,450 which I think is actually rather well priced compared to the competition.

For more information on the New Harmony Mono-pusher Chronograph and rest of the new range, visit the Vacheron Constantin website. 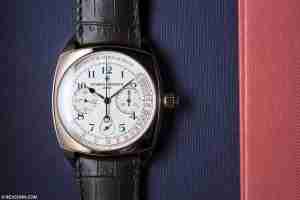 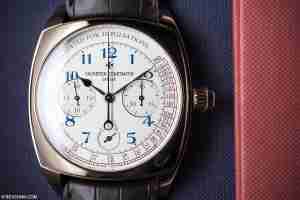 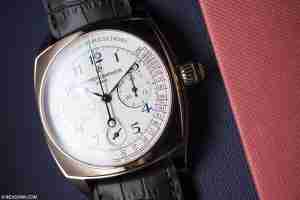 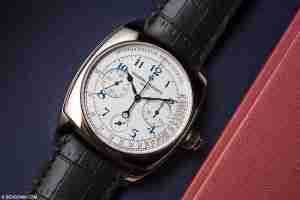 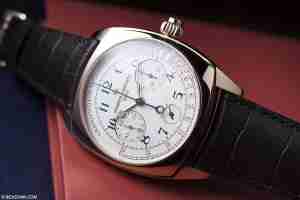 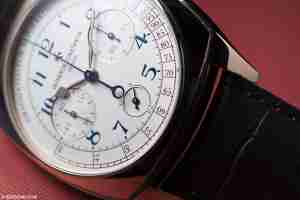 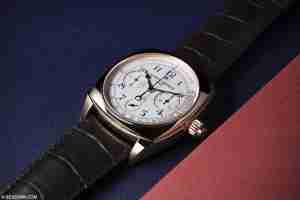 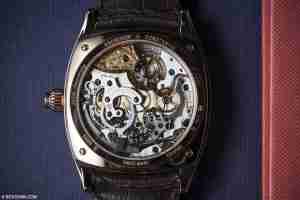 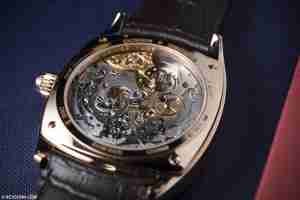 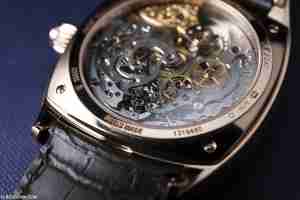 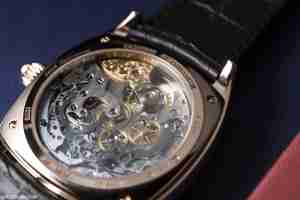 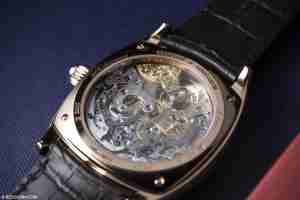 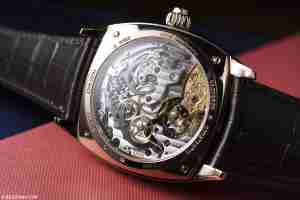 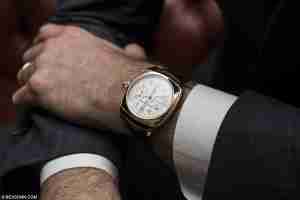 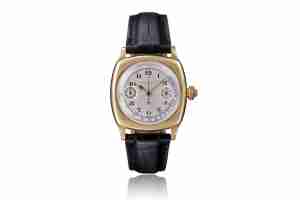