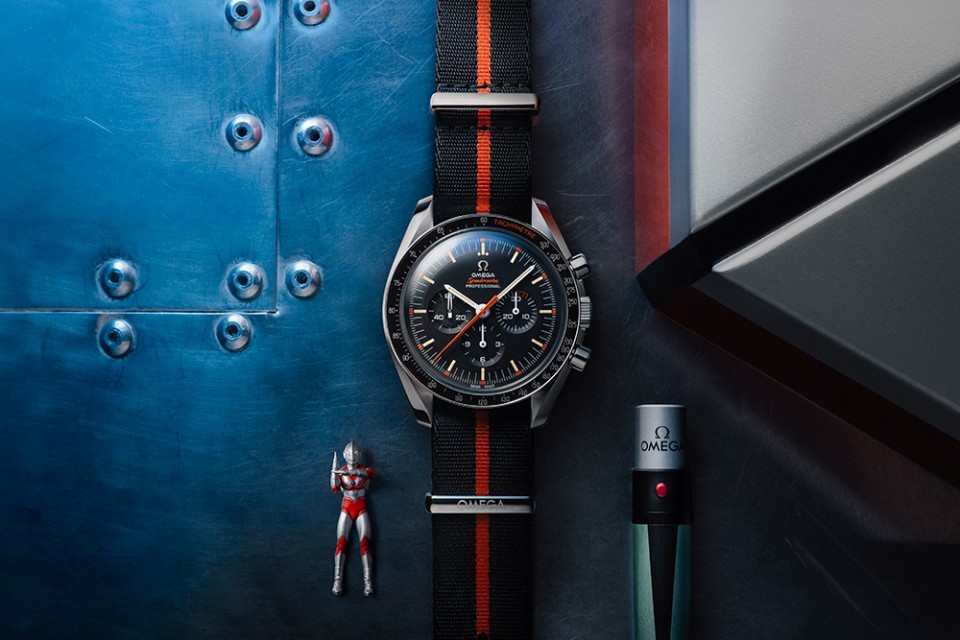 Over the past few years Omega have introduced quite a few limited edition Speedmasters, however, this Tuesday Omega teased us with another announcement of a new #SpeedyTuesday Speedmaster, with the only hint being a red/orange centre chronograph, hour and minute hands. A few hours later they introduced to the world the gorgeous timepieces you see above. However, this is no ordinary limited edition and like the example that came before it, celebrates the long running hashtag #SpeedyTuesday, coined by one of my closest friends in the watch industry – Robert-Jan Broer of Fratello Watches, which is used by many Speedmaster enthusiasts, us included!

This new limited edition Speedmaster Professional was designed in conjunction with the gentlemen over at Fratello Watches but most importantly it displays a design that is not only rare but seriously sought-after in not only Speedmaster collecting circles but the wider watch collecting community: the Ultraman. The Ultraman is a tribute to the key character in the Ultraman series, a collection of shows created by Tsuburaya Productions in Japan: one of the most famous examples of the Kaiju “giant monster” genre. 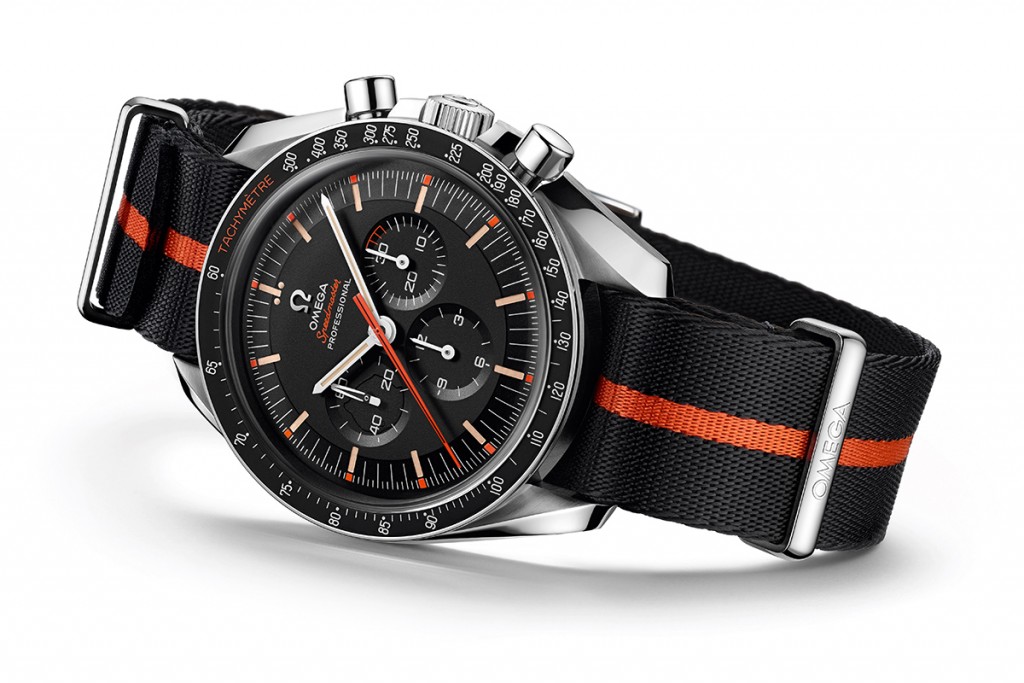 First off, you’ll notice the minutes register (at 3 o’clock) features the first 3 minutes highlighted in orange, as Ultraman was only able to stay in superhero-mode for 3 minutes. On the seconds register at 9 o’clock, there’s a hidden silhouette of Ultraman’s profile, which is revealed by a special tool available with the watch. The strap changer, identical to Ultraman’s Beta Capsule, features a UV lamp at one end, which when shined on the dial, reveals the image. However, unlike the pieces made in the late 60s, it features a somewhat loose interpretation of a racing dial, with orange accents on each hour marker. It also sports an applied Omega logo but again, it’s no ordinary applied Ω logo. If you look closely, you’ll see it is model on the old-style Ω – a nostalgic thoughtful touch. 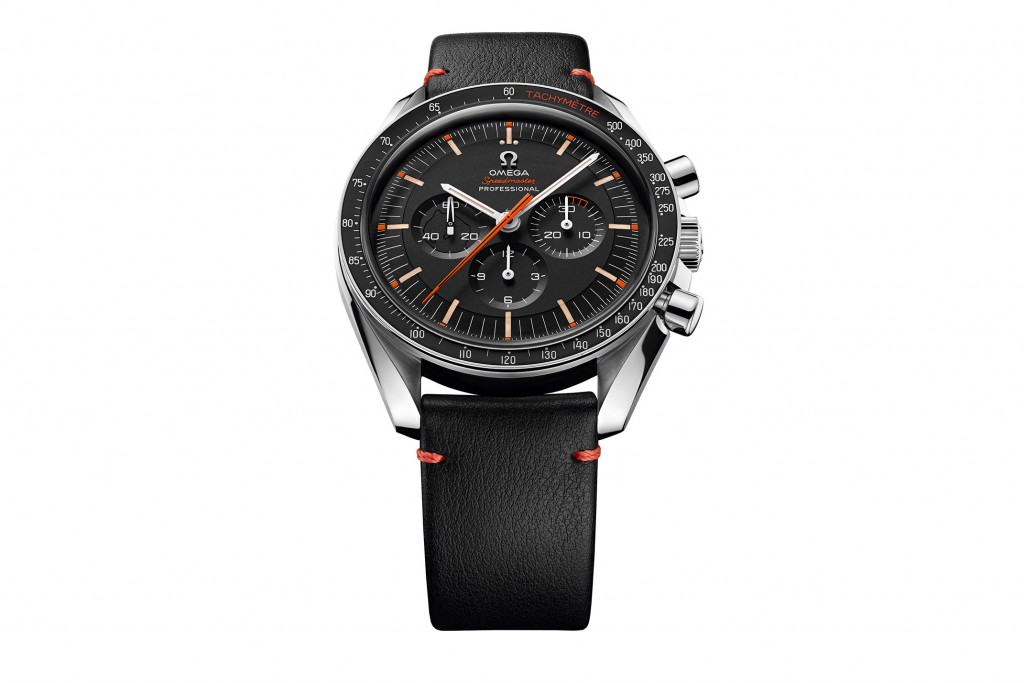 There are lots of other little details that the design team at Omega, in conjunction with Fratello Watches have incorporated into the fascinating design. It features a DON bezel with Tachymetre highlighted in Orange. The crown is also signed with the old-style Omega logo – another minute but important detail we just love. 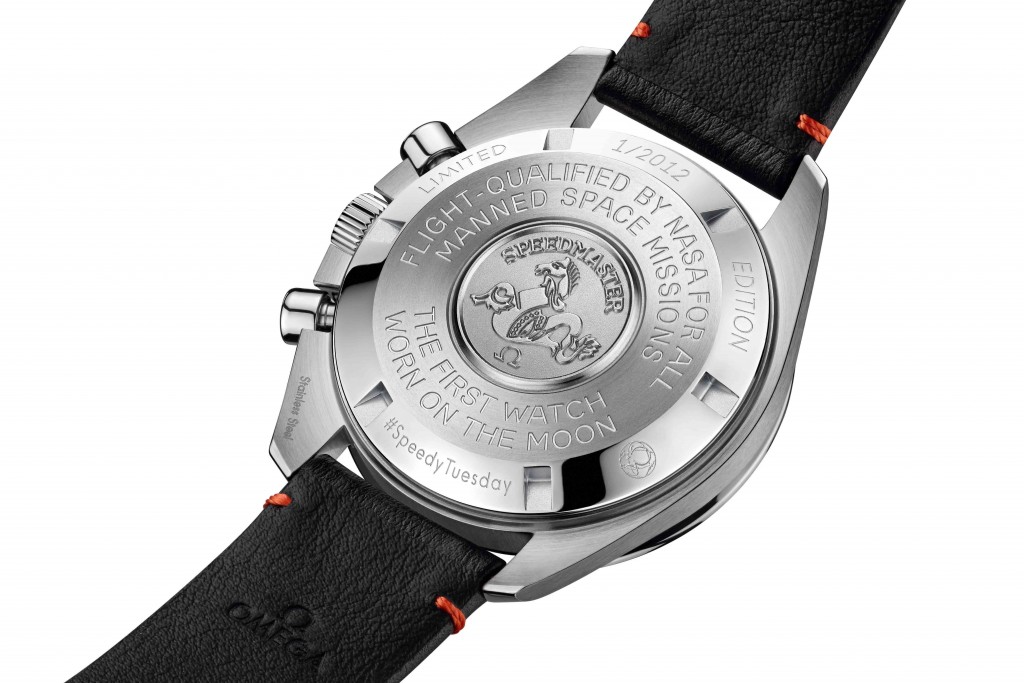 Of course, beating away inside this limited edition Speedy is the tried and tested 1861 (a derivative of the 861) calibre, which as we know first-hand is reliable. You can read the story here… Every caseback features an engraving of #SpeedyTuesday and the words QUALIFIED BY NASA FOR ALL MANNED SPACE MISSIONS. The watch is presented on a black and orange NATO strap and comes with a spare black leather strap. Limited to just 2,012 pieces, the Omega Speedmaster 42 mm “Ultraman” is presented in a hexagonal box: a tribute to the futuristic table used by Ultraman’s Monster Attack Team.

There is just so much to love about this second edition #SpeedyTuesday Speedmaster and again, a huge congratulation to my friend Robert-Jan Borer and the whole Fratello Team, and of course a massive congratulation to Omega for visualising such a piece that no doubt will appeal to so many people, on so many levels. Kudos!

Limited to just 2,012 pieces, this new #SpeedyTuesday 42 mm “Ultraman” Speedmaster will retail for £4750 incl VAT, go and reserve yours now over on the official Omega website. That said, just as I finished writing this – all 2012 pieces had been allocated..

For more on this Omega x Fratello Watch collaboration head over to FW.