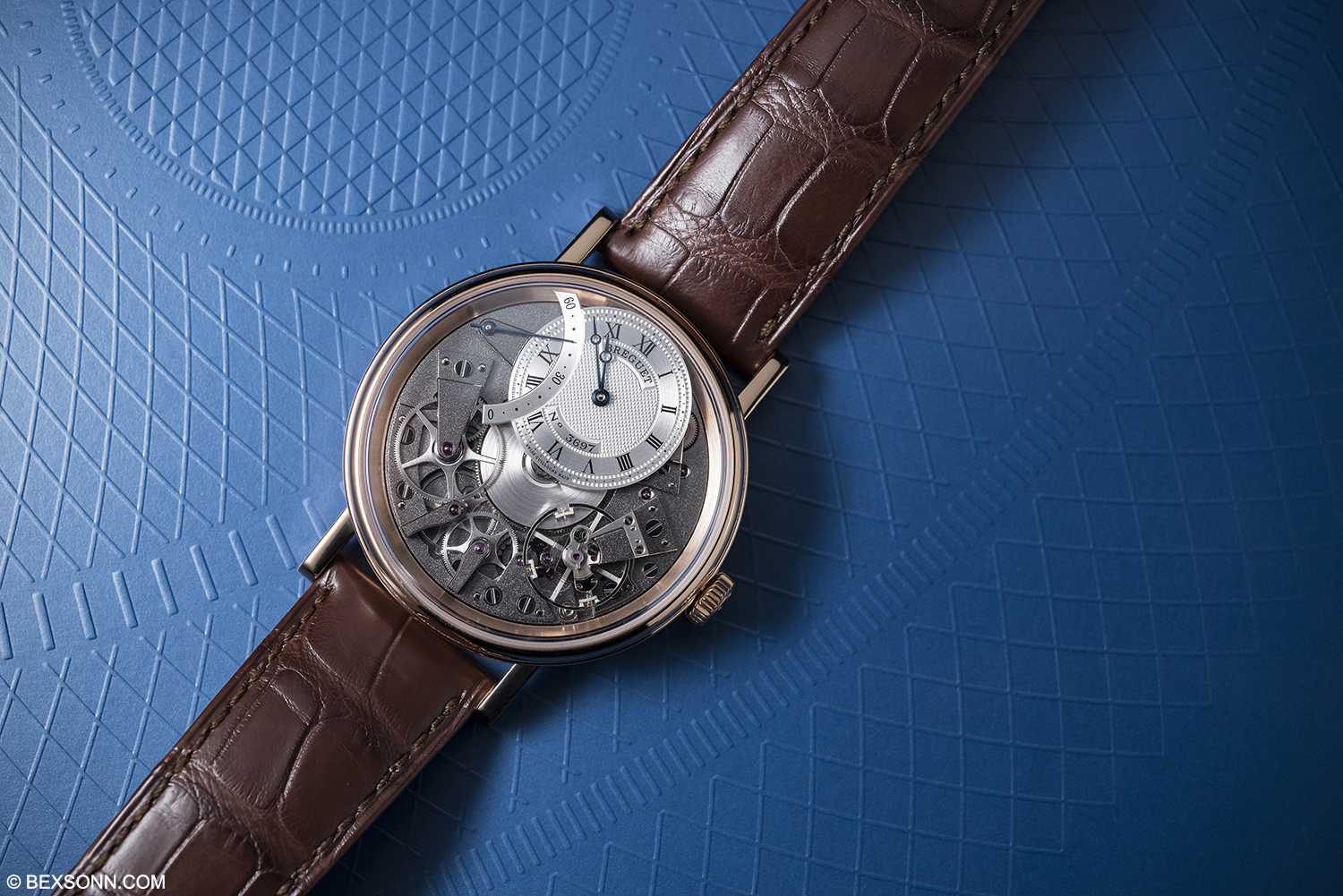 Breguet Tradition 7097 Automatique Seconde Retrograde:  2015 is welcoming an iconic piece of machinery back to the world stage of watchmaking and engineering. The Breguet Tradition Automatique Seconde Retrograde 7097 with a 505SR1 calibre, pays homage not only to a pioneer in the watch field but also to two historical events in human history. In 2005 we saw the release of the Breguet Tradition Collection, which featured the 7027 model. Since then, the Breguet have taken it upon themselves to further the mastery of this timepiece with a second re-imagining.

The Breguet 7097 is a fascinating piece. Breguet is a Swiss watch manufacturer, whose founder died during the rise of the watch brand in Paris, a paradigm: of history, invention, fashion and innovation. Abraham-Louis Breguet invented the first self-winding timepiece in the 1770’s, ten years after the start of the Industrial revolution. What I find interesting about the 7097 model is that the use of the dark overcast white 18 carat gold material suggests to the era with a very mechanical and very industrial look, which clings to the time period in which the first watch was produced. But also, it showcases a wonderful mystic of invention, as if wearing the influential events on the wrist. 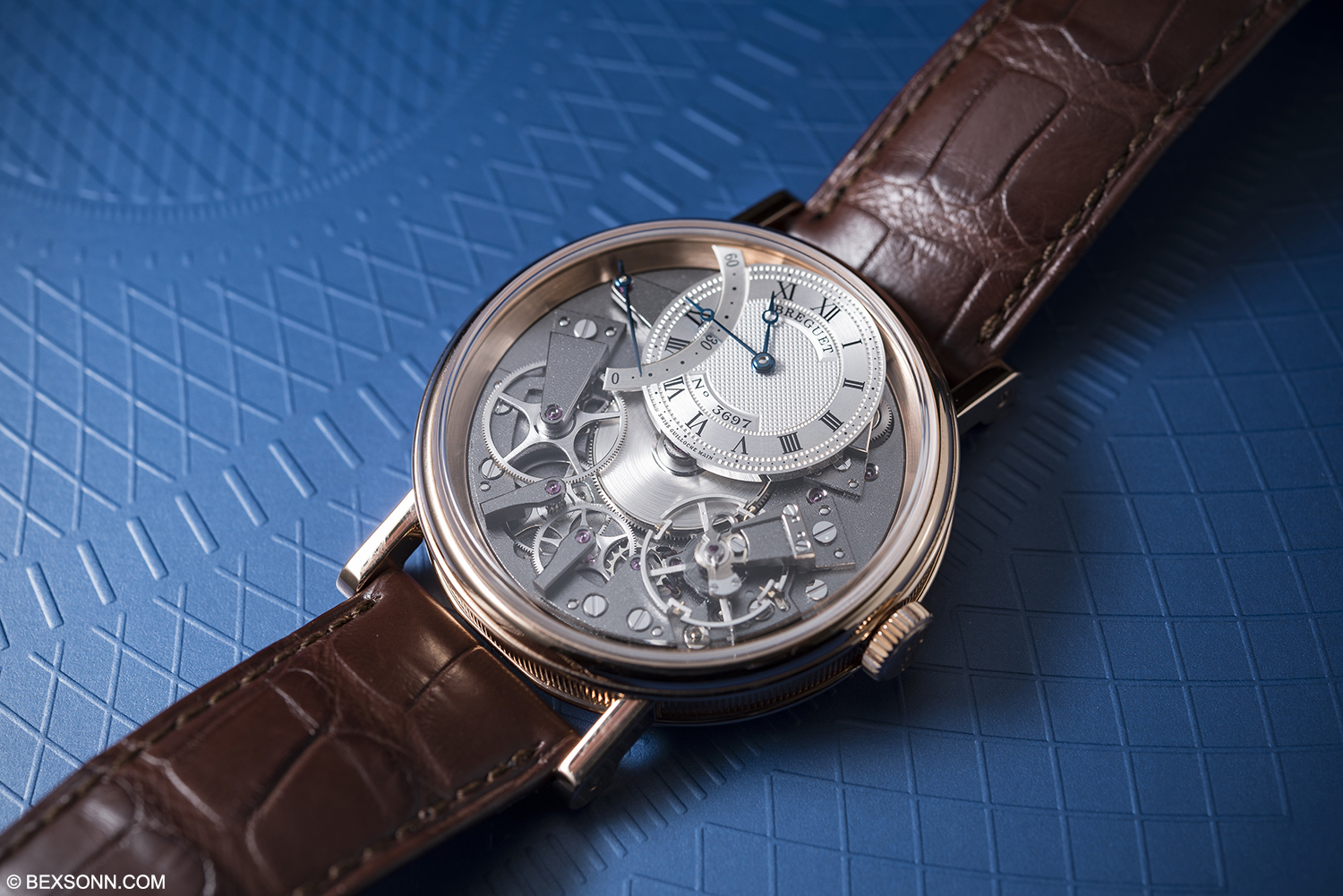 Usually the internal mechanics of a watch are concealed beneath the base-plate, however, here they are fully exposed, in an almost futuristic way. The bridges, wheels, escapement, barrel and other components are all visible on the watch face. The exhibition of the movement enables the watch to have a look of the future, they look as if they’re almost hovering inside the face of the watch, which in itself would be a scientific feat but the fact that this illusion is possible is fascinating and incredibly intriguing alone. 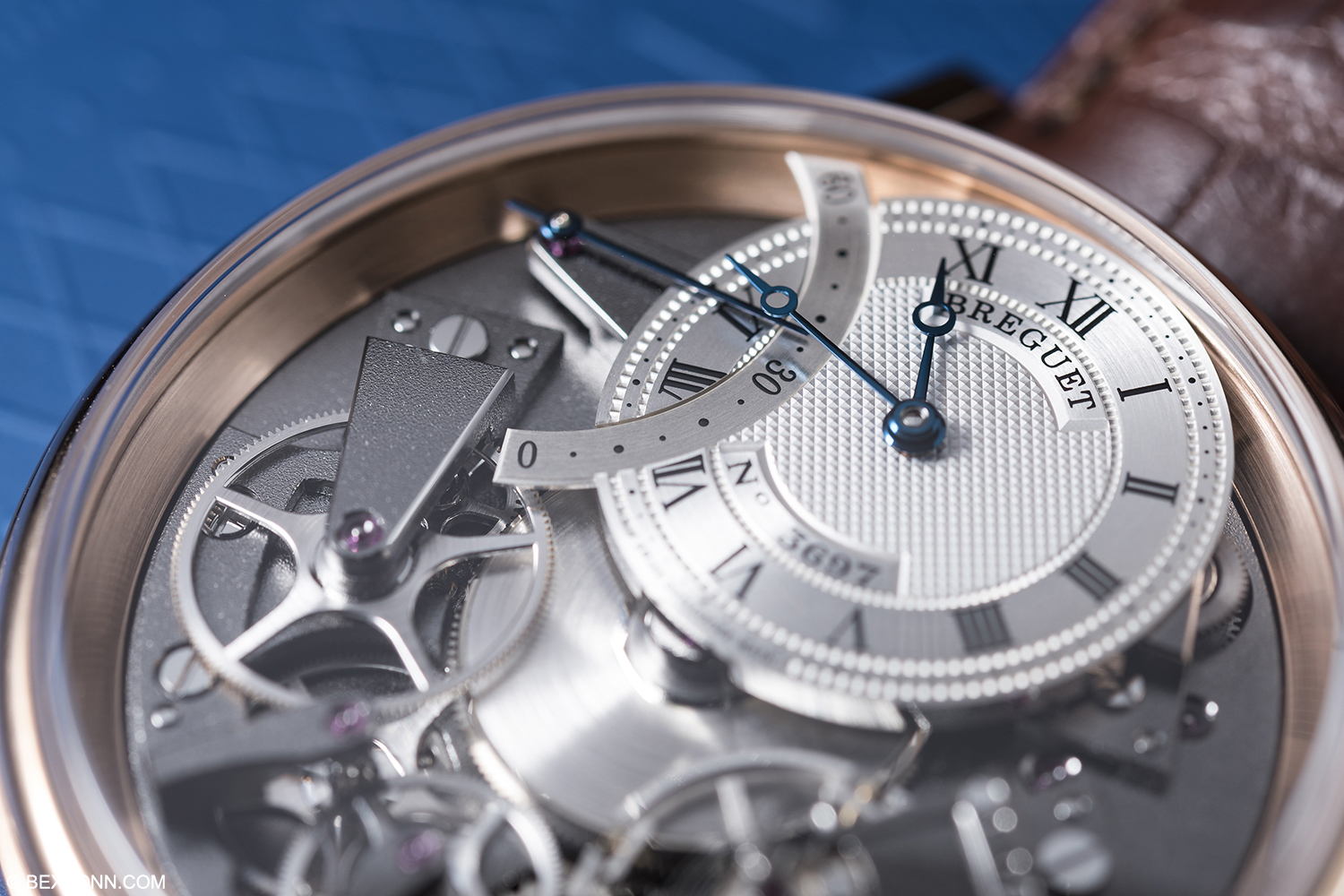 Though you must be wondering how this is possible. Well, the Breguet 7097 is built with a protective balance staff, which prevents dislodgment from shock, it also has all the modern shock protection devices of the 21 century such as an incabloc system, the decision of exposing these movements helps the watch appear as if the components are hovering, which would otherwise be lost under the base-plate. The timepiece works on a frequency of 3Hz which is adjusted in 6 positions, with 38 neighbouring jewels. Another feat of engineering, are the bridges, constructed using a peering decorative technique, which is synonymous with Breguet and is a rare and sought-after prowess in watchmaking. The movement is self-winding, using the historical anchor oscillating weight. It possesses a 50 hour power reserve with a cobalt indicator, with a straight line inverted lever escapement and silicon pallets. 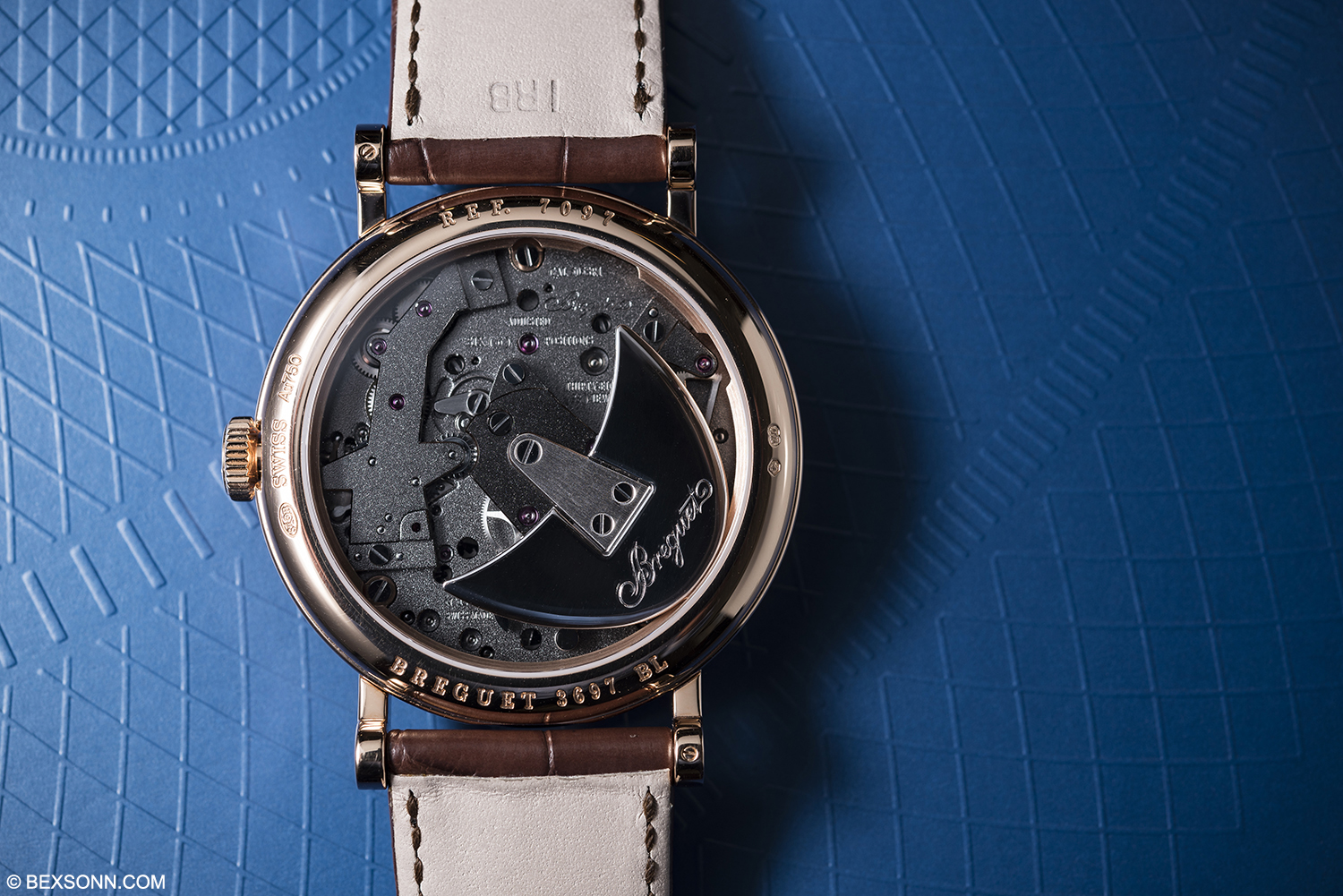 There is a traditional engine, with a turned hobnail pattern in a forged iron colour, which is created by hand, highlighting the dial positioned at 12 o’clock. The dial is unconventionally small, featuring steel blued minute and hour hands; you’ll also notice that the minute hand is artfully assembled with blued steel open tipped hands. In regards to the clous de Paris dial; its look is interchangeable of a Tact watch. Abraham-Louis Breguet made these watches from 1799 onwards, the incorporation of this element is a slight modification of a historical watch and modernisation of historical watches is also a traditional style of the brand. Simply, this is a watch before it’s time, making excellent use of past inventions that were years ahead of their era, which in my opinion can today still be regarded as radical. 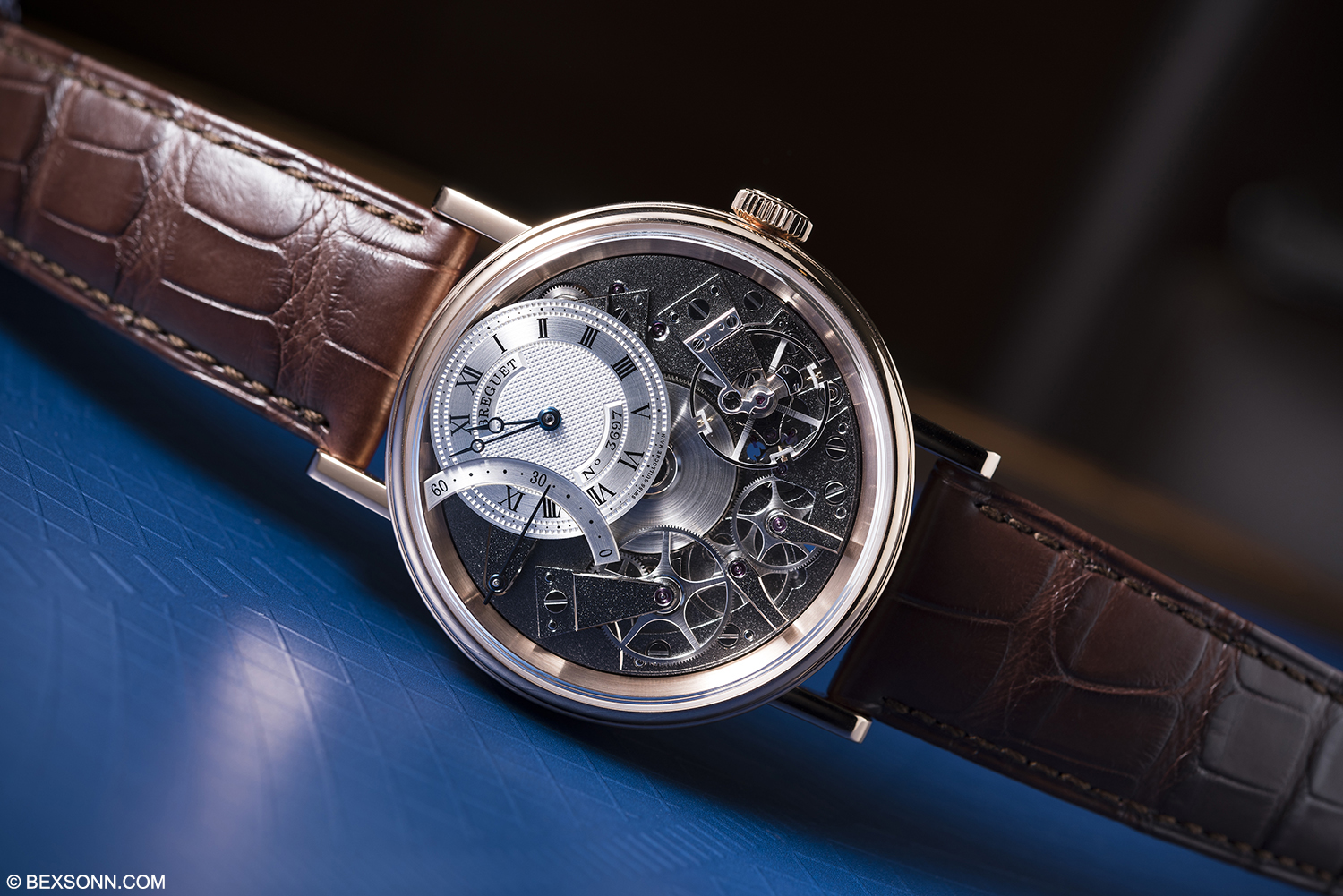 The case makes use of a raised sapphire crystal, surrounded by a thin silver coloured bezel featured on the face a step down from the glass, which follows on to greet the interesting 18 carat rose-gold fluted case-band. The case measures a respectable 40mm in diameter. The watch itself is water-resistant to 3 bar or 30 meters. The crown is a waterproof O-ring style also made of the same metal, while the strap is made of a complimentary leather in a raven winged black with an embossed mock animal print. 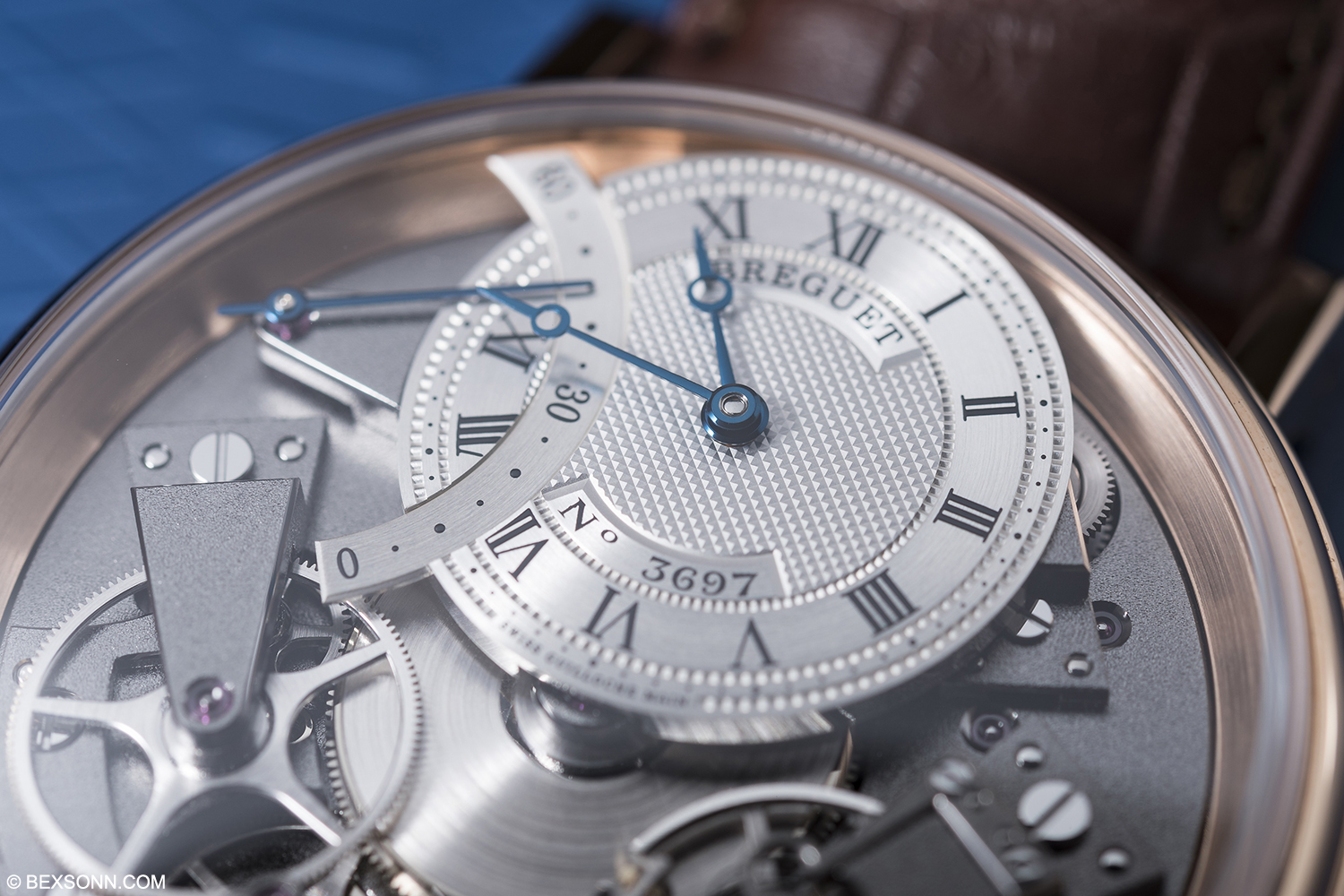 The hour markers, located inside the chapter ring, are one of the most alluring attributes on this watch. The hour markers make use of slender black Roman numerals, now, the Roman era was the last age of human excellence, apart from the renaissance which gave us individuals such as Giovanni de Dondi who left plans for the construction of the Mechanical Clock, preceding the industrial revolution in the late 1770’s stretching to the mid 1800’s. It seems as if, the Breguet have combined two great historical triumphs of humanities creative brilliance when crafting this watch. In an attempt to encapsulate the mastery of this particular model and the truly inspired work of Abraham-Louis. It is a sort of forget-me-not for the people of the 21st century to remember past excellence and to strive towards future excellence through modernising an influential piece of machinery.

The Breguet Retrograde 7097, is available in white-gold and rose-gold and is priced at £24,000 and £23,400 respectively. For more information visit the official Breguet website. 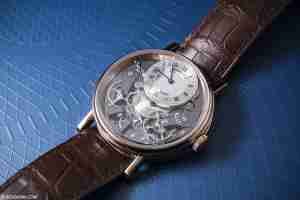 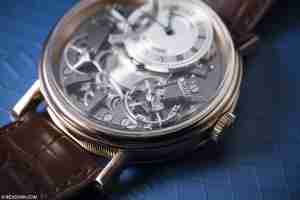 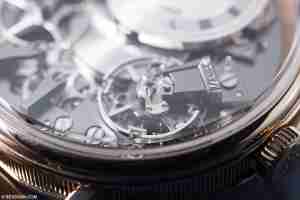 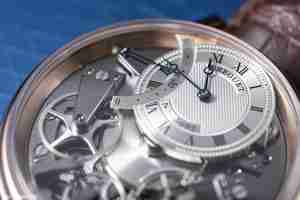 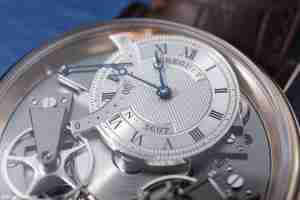 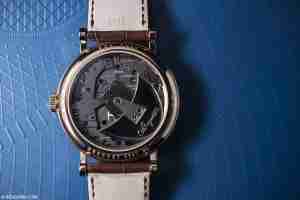 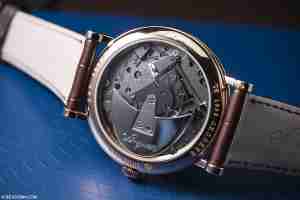 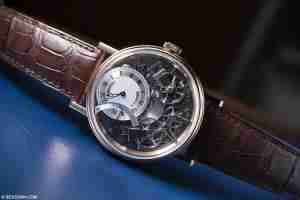 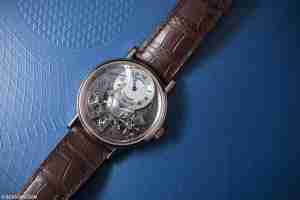