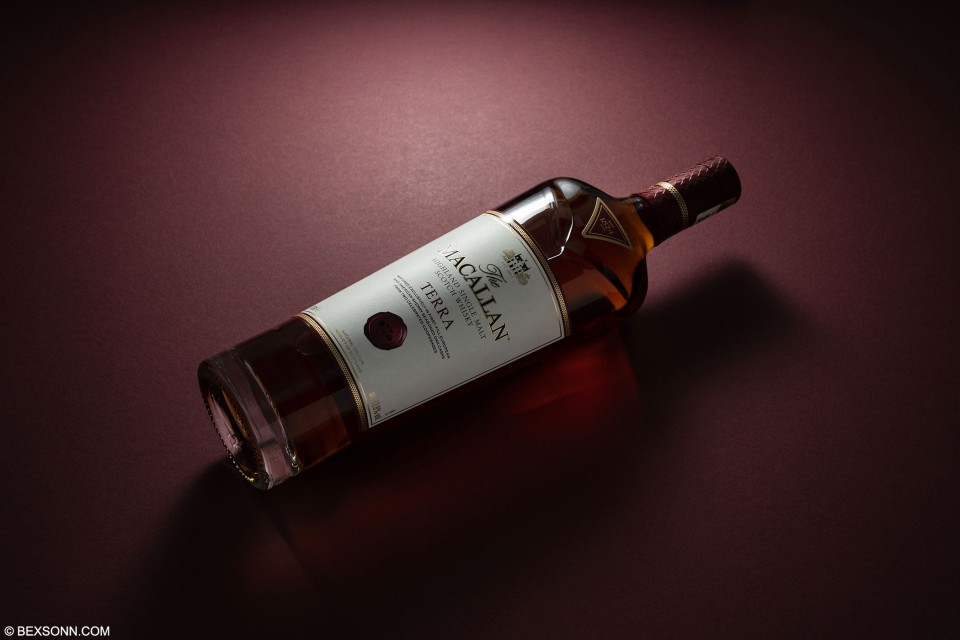 As previously mentioned, the brand new Macallan Quest Collection replaced the Macallan 1824 Collection, which has been a mainstay in Global Travel Retail for the past 10 years. This new Collection of four whiskies has been available since January 2018 and is exclusive to travel retail.  The Macallan Quest Collection consists of four No Aged Stated whiskies; Quest, Lumina, Terra and Enigma, all of which have been developed to showcase the Macallan story. The first whisky of the series (Lumina) is a dram we’ve had the pleasure of tasting and we’ve also had the pleasure of tasting the last expression of the series too (Enigma). This time round we shall be posting tasting notes on the middle expression of the Quest collection: the Terra. The Macallan Terra is at the higher end of the collection and has been aged exclusively in first-fill European and first-fill American oak casks sourced from two of the most distinguished family cooperages.

On the nose: there’s a lovely waft of currants, dried fruits, toffee, peaches, plums, apple-pear and a hint of vanilla. Going in for another nose, notes of star anise, cinnamon and marzipan start to emerge, followed by figs, sanguinello oranges and a touch of zest. Completing the nose are notes of mint, green herbs, honey, beeswax, a hint of fennel and parma violets. On the palate: those notes of currants, dried fruit and sanguinello oranges are ever-present, followed by notes of figs, plums and poached pears. Notes of mixed spices start to appear, alongside cinnamon, butterscotch, peppermint and star anise. Rounding-off the palate are notes of dark chocolate, fennel, cremé brûlée, salty-caramel and a light floral note. The finish: is long, spicy and rich with dried fruits and lingering bittersweet notes, nuttiness and aniseed.

The verdict: The Terra expression displays classic Macallan notes with every sip. The nose to palate are a joy, with a the finish that just reinforces the palate. The Macallan Terra has an ABV of 43.8%. This whisky is perhaps a little different from the typical Sherry bombs that I’ve sampled from Macallan but it nonetheless still showcases their skill in creating beautiful non-age statement drops of liquid gold.

The Macallan Terra Single Malt Scotch Whisky can br found is only available via travel retail and is priced at approximately £145. For more information on this Enigma expression from the Quest collection, visit the official Macallan website.