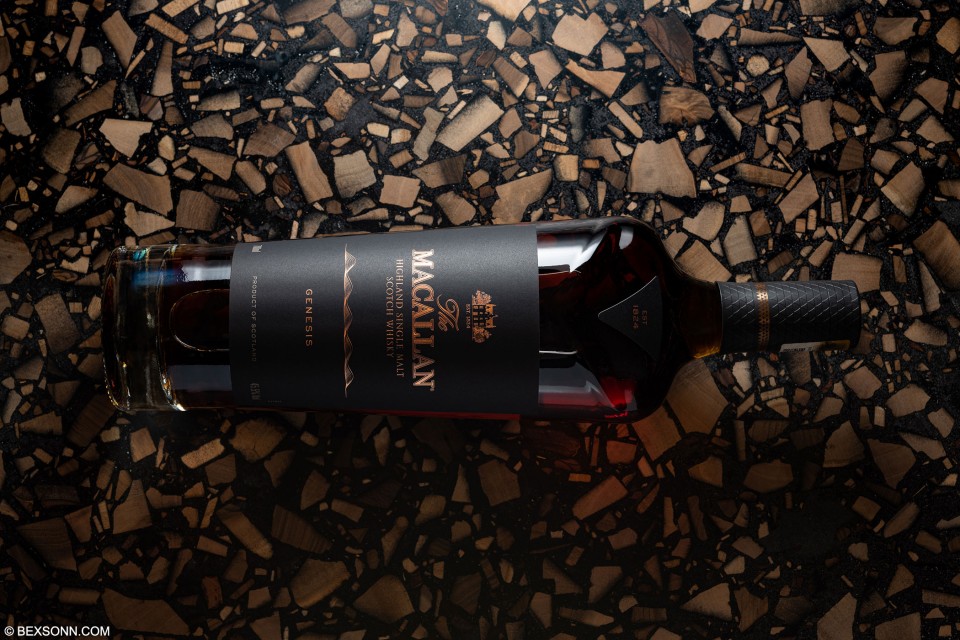 Macallan limited editions are sort of becoming de rigueur, however, this special bottling caused quite the commotion when first released in 2018. The Macallan Genesis Limited Edition marked the creation of the iconic Distillery in a unique collaboration with internationally acclaimed architects Rogers Stirk Harbour + Partners. The special bottling tells the distinctive story of Senior Partner and Lead Architect, Graham Stirk’s vision for the aesthetic of the new Distillery and reflects each step in The Macallan whisky making process.

The Genesis Limited Edition whisky is presented in a beautiful gift box featuring a signed lithographic print of the Distillery by lead architect Graham Stirk that depicts an elevation of the revolutionary building to showcase the intricate workings of the design and reveal the mystery behind this architectural work of art. Encapsulating the concept of the Distillery, displaying both the overall form and the precise detail of the building to portray the scale and complexity at the same time, the print was created on one of only two remaining map printing presses in the UK

On the nose: you’ll experience an initial waft of blackcurrants, raisins, vanilla, hazelnuts and a hint of beeswax. Notes of fresh red apples, oranges and aniseed start to emerge, alongside spicy notes of cinnamon, start anise, all-spice and root ginger. Rounding-off the nose are notes of dark chocolate, old leather, cedar wood, lemon zest and some light floral notes. On the palate: those notes of blackcurrants are ever-present, alongside an intense dark chocolate note and dried forrest fruits. There are spicy notes of cinnamon, all-spice and ginger in there, alongside a note that can only be described as Christmas pudding. Notes of marzipan, coffee and liqourice start to appear. Completing the palate are notes of parma violets, candy sticks, lavender and a hing of green herbs. The finish: is long, sweet, with lingering zesty orange notes, spices, smoke and herbs.

The verdict: As you know, The Macallan as a brand are so well revered around the world and this limited edition Genesis expression from the Speyside based distillery – is just a drop of beauty. This is a Scotch that on the nose is rather rich and complex that follows through to the palate, with suggestions of some really mature whisky floating around in there. It is a delicately balanced scotch but balanced to perfection – from nose to finish it is something to be savoured. With an ABV of 45.5%, this is probably not a Scotch that I would add any water to but if you feel the need then only add in small quantities until it just right for you.

Ordinarily, this is the part where I say; The Macallan Genesis Single Malt Scotch Whisky is available online or in well-stocked Whisky Shops, for approximately… However, as a limited edition, Macallan only released 2500 bottles worldwide and even then only made it available from their own online shop and what’s more you had to be selected to buy one. Luckily for us, we managed to get our hands on one but there will no doubt be some available to buy at upcoming online whisky auctions.

For more information on this limited edition Genesis, visit the official Macallan website.