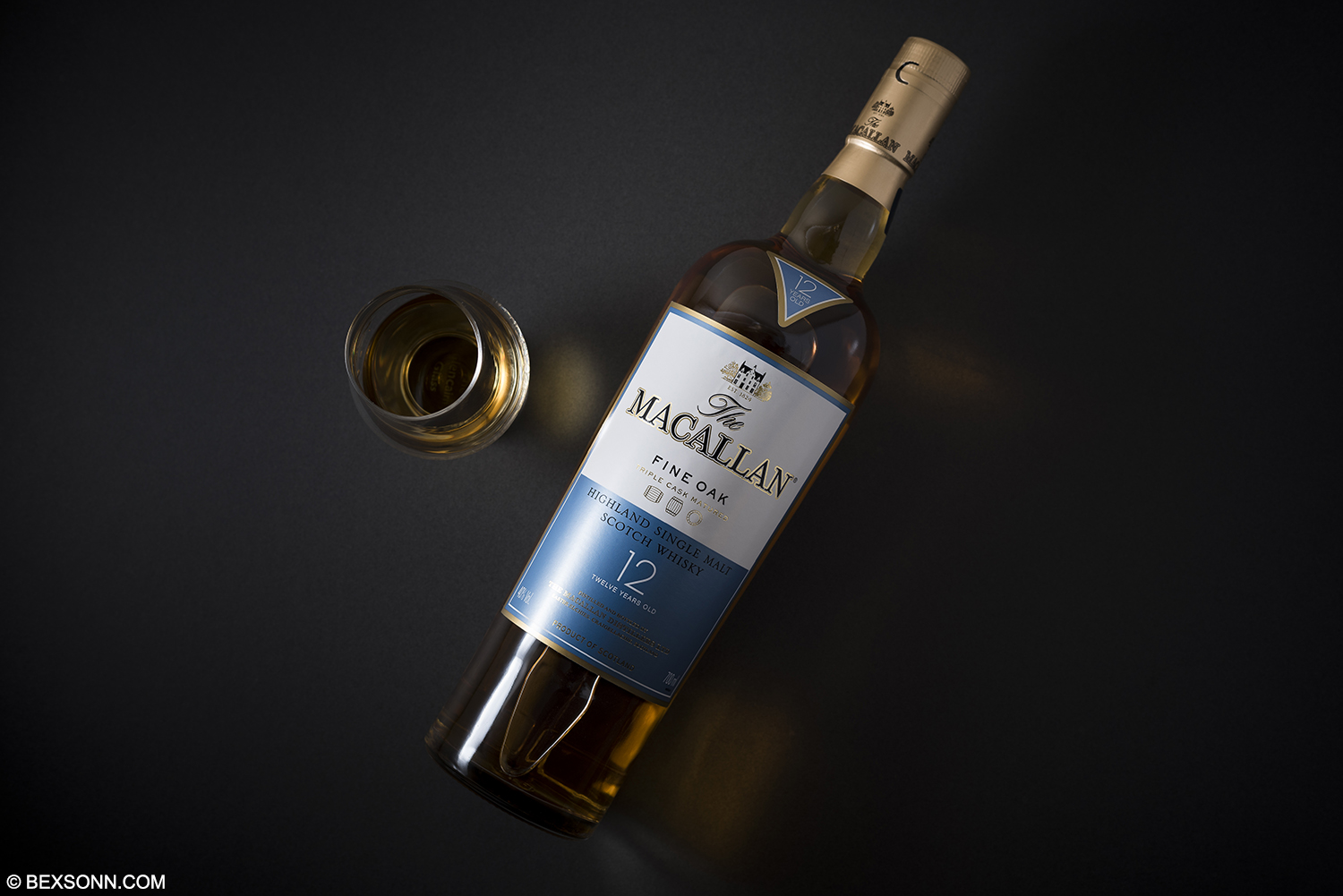 Macallan Fine Oak 12: Located in Moray, Craigellachie, the Speyside distillery that is The Macallan is the third largest selling single malt scotch in the world. Macallan’s Scotch whisky was, primarily, matured in oak seasoned with sherry brought to the distillery from Jerez, Spain. However, at the beginning of 2004, Macallan introduced a new product, the Fine Oak Series (triple cask matured), with whisky matured and mellowed in seasoned American oak casks, as well as sherry casks from Spain. The Fine Oak Series was quite a departure for The Macallan distillery and at the time brought about rave reviews from some quarters even being awarded by one whisky expert for “Best New Scotch Brand” when it was launched. Interesting Fact: Macallan are known for having the smallest spirit still in Speyside, however, they do posses the largest single roofed warehouse in Europe.

On the nose: you’ll experience an initial waft of old musty oak, sherry and vanilla. After a couple of swirls notes of apples, pears and a touch of citrus zest starts to emerge with a hint of marzipan and parma violets. You’ll be able to smell notes of walnuts, thyme, aniseed and the spiciness of the bourbon oak. To round off the nose is a meaty sulphur note and muscovado sugar. On the palate: those sweet sherry notes are present, followed by vanilla, almonds and those parma violet notes. Those herbs nosed start to emerge, alongside some spicy cinnamon. Tasting it again, notes of maraschino cherries start to appear, followed by that meaty sulphur note, with a hint of fudge and oak. The finish: is medium, sweet and meaty, with lingering oak and spiciness.

The verdict: Macallan as a brand are so well revered around the world and on evidence of this 12-year-old Fine Oak, it’s not hard to see why. This is a Scotch that on the nose is rather rich and complex but on the palate is much mellower than one would’ve thought. A delightfully balanced dram, in my opinion but not overly oaky. With a ABV of 40%, this is probably not a Scotch that I would add any water to but if you feel the need then only add in small quantities until it just right for you.