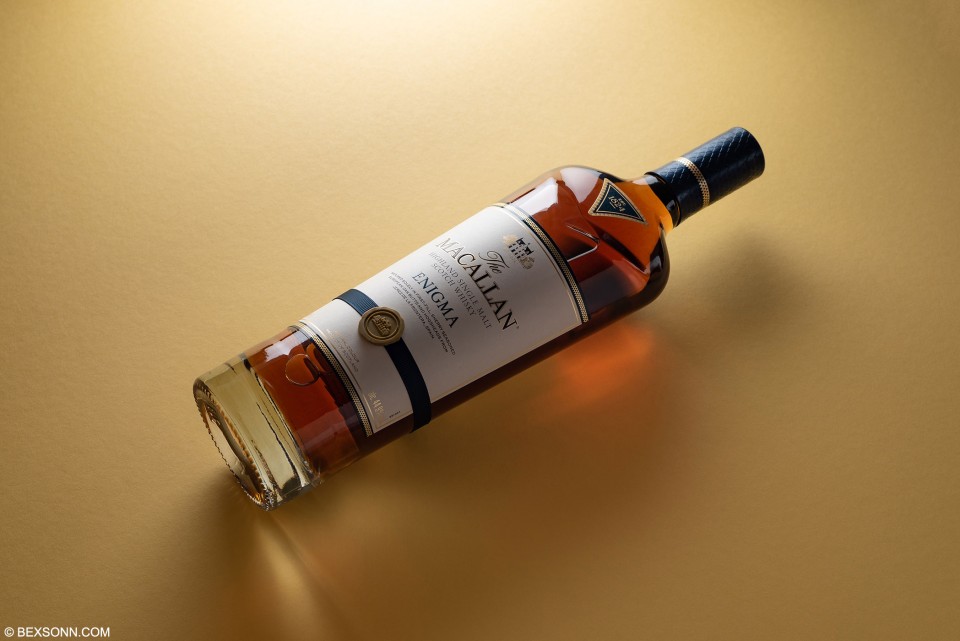 As previously mentioned, the brand new Macallan Quest Collection replaced the Macallan 1824 Collection, which has been a mainstay in Global Travel Retail for the past 10 years. This new Collection of four whiskies has been available since January 2018 and is exclusive to travel retail.  The Macallan Quest Collection consists of four No Aged Stated whiskies; Quest, Lumina, Terra and Enigma, all of which have been developed to showcase the Macallan story. The first whisky of the series (Lumina) is a dram we’ve had the pleasure of tasting. This time round we shall be posting tasting notes on the last expression of the Quest collection: the Enigma. The Macallan Enigma is the pinnacle of the collection and has been aged exclusively in European oak sherry-seasoned casks from one cooperage in Jerez de la Frontera, Spain.

On the nose: there’s a lovely waft of currants, pears, blackberries, oranges, almonds and vanilla. These initial notes are closely followed by notes of raspberries, cinnamon, star anise, brown sugar and cracked black pepper. Rounding-off the nose are notes of leather, dark chocolate, a hint of lemon zest, subtle smoke, green herbs and whiff of salt. On the palate: those notes of mixed fruits and pears are evident, followed by marmalade, maple syrup, blackberries and walnuts. Notes of chocolate start to appear, followed by salty caramel, lemon zest, star anise, cinnamon and meaty note. Completing the palate are notes of toffee, a musky note, some floral notes and dried fruits. The finish: is medium/long, with lingering notes of currants, spices, herbs and nuttiness.

The verdict: The Enigma expression displays classic Macallan notes with every sip. From nose to palate is a joy, though it does lack a little in the finish. I’m more used to Macallan’s of this nature having a finish which peeters out, however, the Engima’s just kind of stops. The Macallan Enigma has an ABV of 44.9%. This whisky is perhaps a little different from the typical Sherry bombs that I’ve sampled from Macallan but it nonetheless still showcases their skill in creating beautiful non-age statement drops of liquid gold.

The Macallan Enigma Single Malt Scotch Whisky can br found is only available via travel retail and is priced at approximately £230.

For more information on this Enigma expression from the Quest collection, visit the official Macallan website.