The Macallan Edition No.4 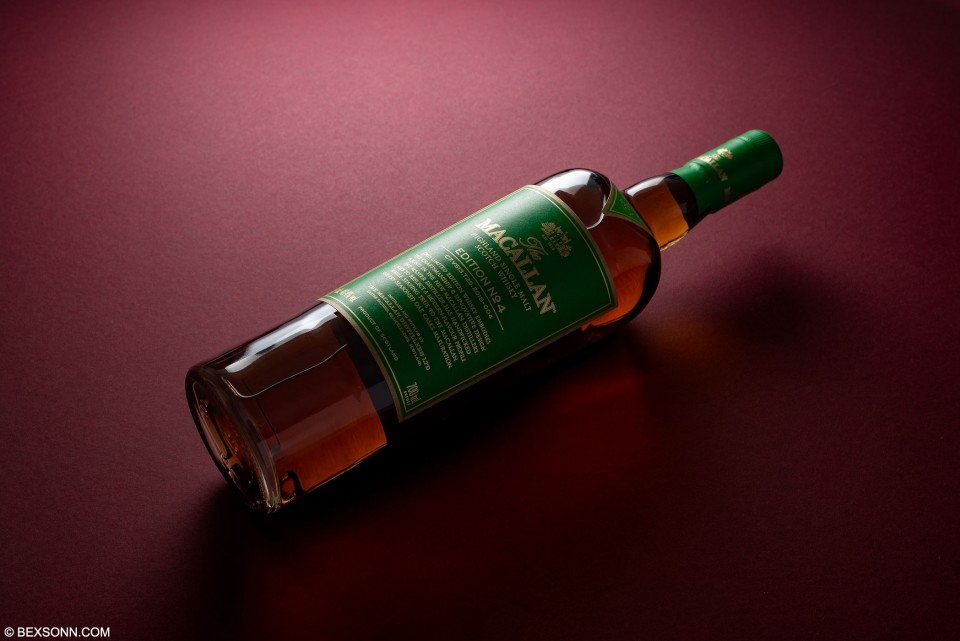 Macallan recently released their fourth instalment of the annual Edition series: The Macallan Edition No.4. Like the Edition No.2 & No.3 that we’ve posted tasting notes on in previous years, this No.4 is a result of meticulously selected casks by Master Whisky Maker, Bob Dalgarno. This limited edition whisky has not just been shaped by the use of exceptional casks but also takes its inspiration from the newly built, state of the art Macallan Distillery. As Macallan have stated:

“The Macallan Edition No 4 is the fourth in a series of annual limited releases, created to reveal the mastery behind the perfect cask selection that has inspired all Macallan single malt whiskies since 1824. At the home of The Macallan in Speyside, the same passion and dedication have been captured in the architecture and design of our new world-class distillery. The meticulous attention to detail and quality found in our approach to oak cask selection delivers surprising aromas and character in this vibrant single malt.”

On the nose: you’ll experience an initial waft of figs, marzipan, honey and all-spice. These initial notes are closely followed by notes of sherry, cracked black pepper, raisins, cinnamon, sultanas and aniseed, with a hint of lemon zest. Rounding-off the nose are notes of tobacco, parma violets, a note I can only liken to that of old furniture, brown sugar, walnuts and maple syrup. On the palate: those fig notes are more apparent, as well as maple syrup, almonds and a kick of spices, nutmeg, cloves, cinnamon and black pepper. Notes of rich currants start to emerge followed by black grapes, bitter dark chocolate and stem ginger. Completing the palate are notes of treacle, coffee, bees-wax and a leathery note. The finish: is long, sweet, with lingering mixed dried fruits, ginger, spices and nuttiness.

The verdict: As mentioned, Master Whisky Marker Bod Dalgarno selected 7 casks to produce Edition No.4; the result? An extraordinary dram of Scotch whisky, which offers multitude of delicious notes from nose to palate. This Macallan Edition No.4 is without doubt one of the best non-age statement drops I’ve sampled this year. It has so much flavour and depth that will leave you thinking that you  are indeed sipping on a dram with some serious years under its belt.  With an ABV of 48.4%, this is probably not a Scotch that I would add any water to but if you feel the need then only add in small quantities until it is just right for you. That said, these new Editions will be an annual releases and all I can say at this moment in time is, roll on No.5!

The Macallan Edition No.4 Single Malt Scotch Whisky from the Edition series is available online or in well-stocked Whisky Shops, for approximately £85.

For more information on the Edition No.4, visit the official Macallan website.