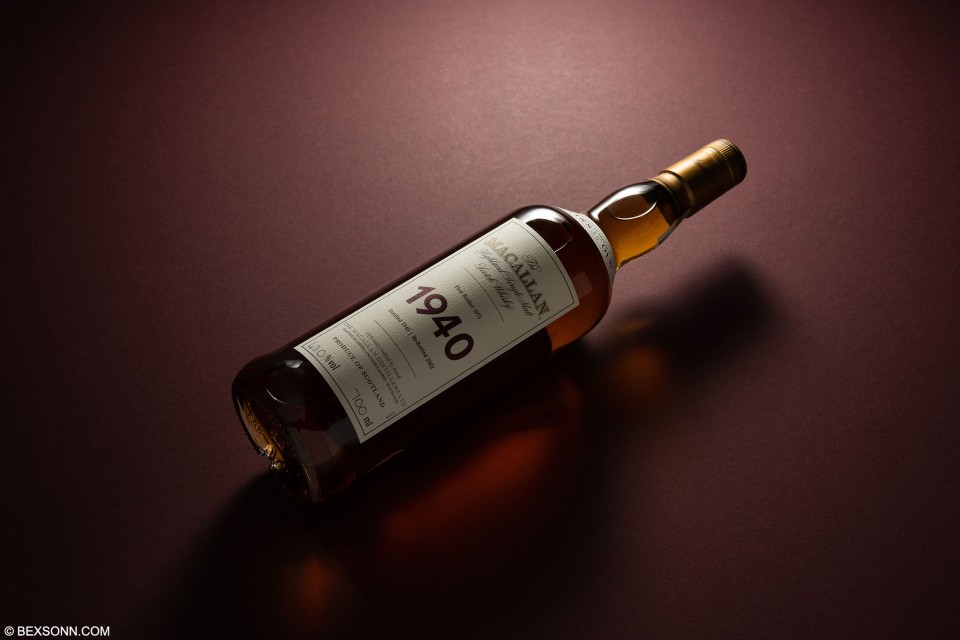 Macallan limited editions are sort of becoming de rigueur, however, this isn’t just any old limited release: This is an expression from the the coveted Fine and Rare range. Macallan’s. Launched early this century, The Macallan Fine & Rare Collection has grown to become the largest assembly of vintage-dated, single malt whiskies in the world.

Quite a bit happened in 1940: Winston Churchill became Prime Minister of the United Kingdom and Charlie Chaplin released his controversial wartime satire ‘The Great Dictator’. Einstein gave his first public address in the US and four French teenagers followed their inquisitive dog down a hole only to discover the 17,000-year-old Lascaux Cave Paintings. Part of the revered Fine & Rare series from The Macallan, this 35-year-old expression was distilled in 1940 and was originally bottled in 1975 before being re-bottled in 2002. Presented at a strength of 43% ABV, this limited edition produced a total outturn of just 420 bottles.

On the nose: you’ll experience an initial waft of heavy peat, followed by raisins, vanilla, hazelnuts and a hint of beeswax. Notes of fresh red apples coated in toffee, oranges and aniseed start to emerge, alongside spicy notes of cinnamon, start anise, all-spice and root ginger. Rounding-off the nose are notes of butterscotch, old leather, cedar wood, lemon zest and a hint of plums. On the palate: those notes of peat and plums are ever-present, alongside a warming note of toffee apple and dried forrest fruits. There are spicy notes of cinnamon, all-spice and ginger in there, alongside a note that can only be described as cooked fruit. Notes of marzipan, tobacco leaf and liqourice start to appear. Completing the palate are notes of burnt sugar, candy sticks, lavender and a hing of green herbs. The finish: is long, sweet, with lingering zesty orange notes, spices, oak and herbs.

The verdict: As you know, The Macallan as a brand are so well revered around the world and this Fine and Rare expression from the Speyside based distillery – is just a drop of beauty. This is a Scotch that on the nose is rather rich and complex that follows through to the palate, with suggestions of some really mature whisky floating around in there. It is a delicately balanced scotch but balanced to perfection – from nose to finish it is something to be savoured. With an ABV of 43%, this is probably not a Scotch that I would add any water to, in all honesty, but if you feel the need then only add in small quantities until it just right for you.

The Macallan Fine and Rare 1940 35 Year Old Scotch Whisky is available online or in well-stocked Whisky Shops, for approximately £40,000. For more information on the 1940 35-year-old expression, visit themacallan.com