The House of Suntory 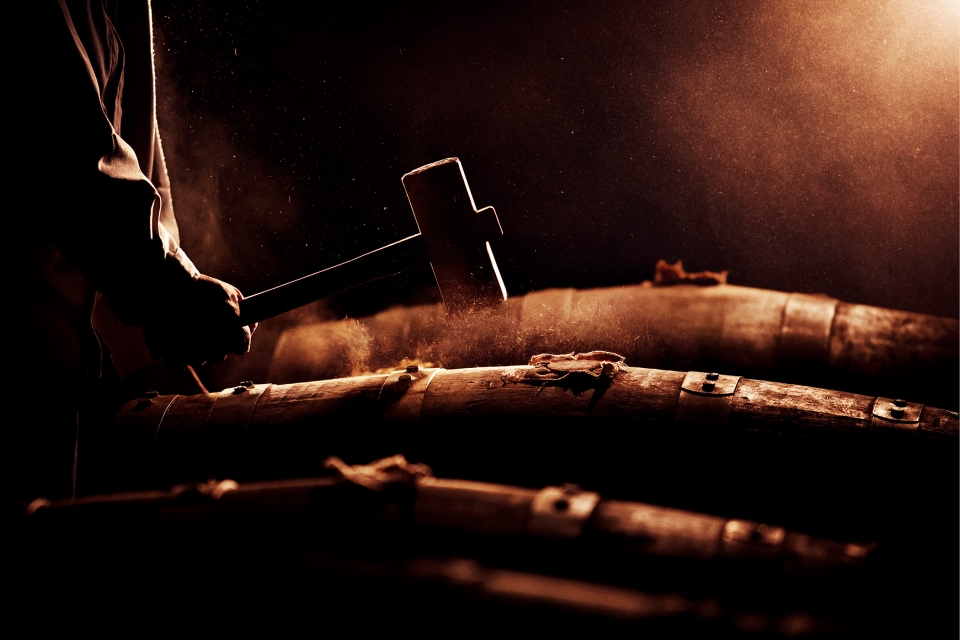 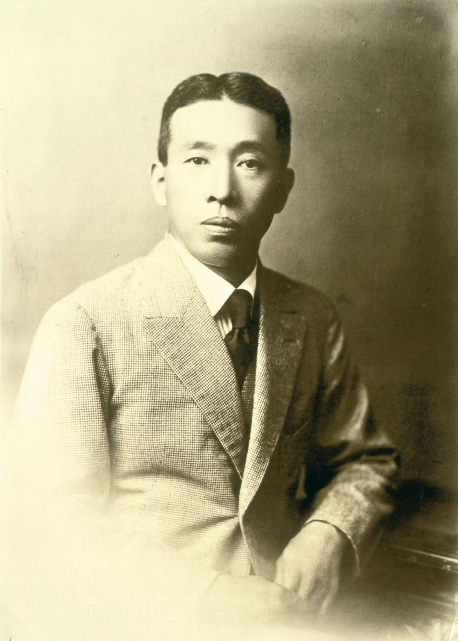 The Founding Father of Japanese whisky, Shinjiro Torii was a man with a vision. He envisioned a whisky that would showcase the best of Japanese nature and craftsmanship and built Japan’s first malt whisky distillery in Yamazaki on the outskirts of Kyoto. The creation and innovation of Japanese whisky was pioneered by Suntory and continues to be perfected through its artisans. 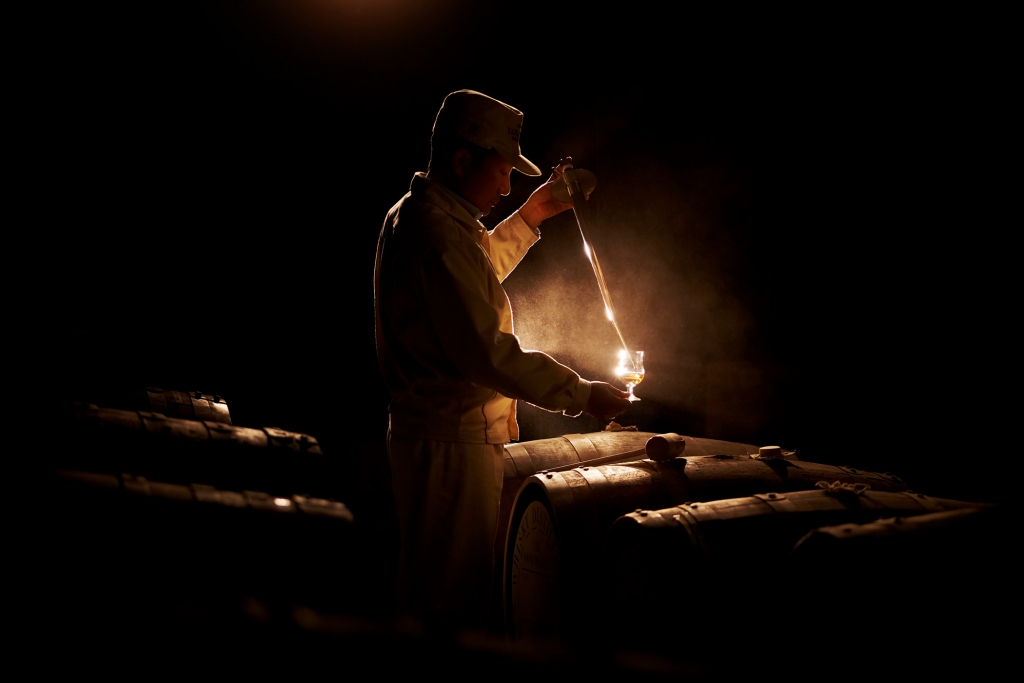 In 1972, Torii’s son Keizo Saji, Suntory’s second master blender, inherited his father’s vision in his quest for innovation and built the Chita grain distillery near Nagoya to produce more of their own high-quality grain whiskies. In 1973, Saji founded the Hakushu distillery amidst the deep forests of Mt. Kaikomagatake in the Japanese Southern Alps.

With respect to heritage and a commitment to innovation, third generation master blender Shingo Torii, and grandson of Shinjiro, now leads this most highly awarded House of Japanese Whisky. Today the House of Suntory Whisky has been named four-time Distiller of the Year at the International Spirits Challenge in London, UK (2010, 2012, 2013, 2014). 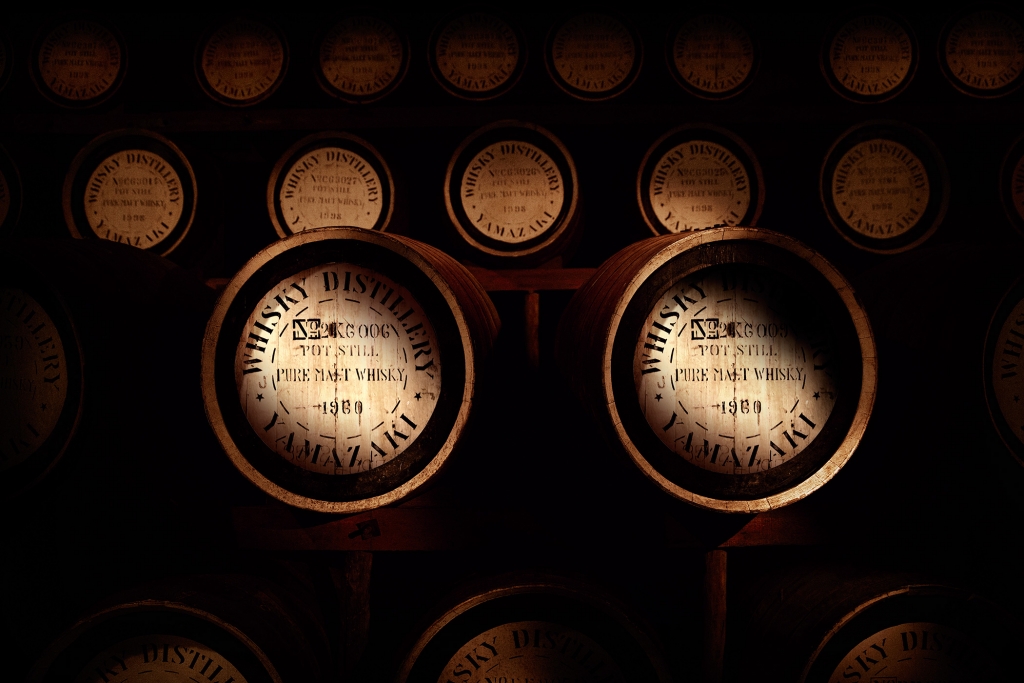 Suntory Whiskies are subtle, refined but yet complex and we’ve posted tasted notes on quite a few of their expressions right here. The portfolio includes two single malt whiskies and one blend: Yamazaki – Japan’s number 1 Single Malt, multi-layered and profound, Hakushu – verdant, fresh, and delicately smoky, and the delicious blend of Hibiki – Japan’s most highly awarded blended whisky and a personal favourite. 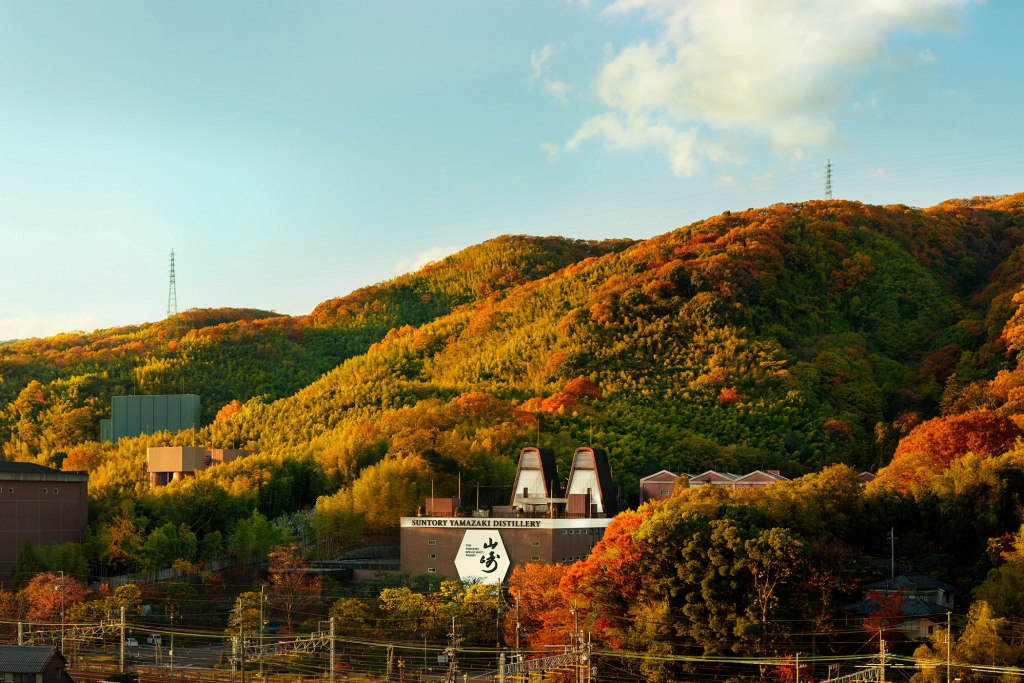 Yamazaki is one of the first Japanese distilleries to be built. Established in 1923 and situated in the vale of Yamazaki, the whisky is born from the natural craftsmanship and climate of Kyoto, Japan’s ancient capital, an area of dense bamboo grooves at the foot of Mt. Tennozan. In 1984, the Yamazaki 12-year-old single malt whisky was released. The 12-year-old expression is intense, confident and yet elegant: this single malt whisky directly presents these features of the Yamazaki distillery. That said, the 18-year-old expression only further enhances these characteristics. 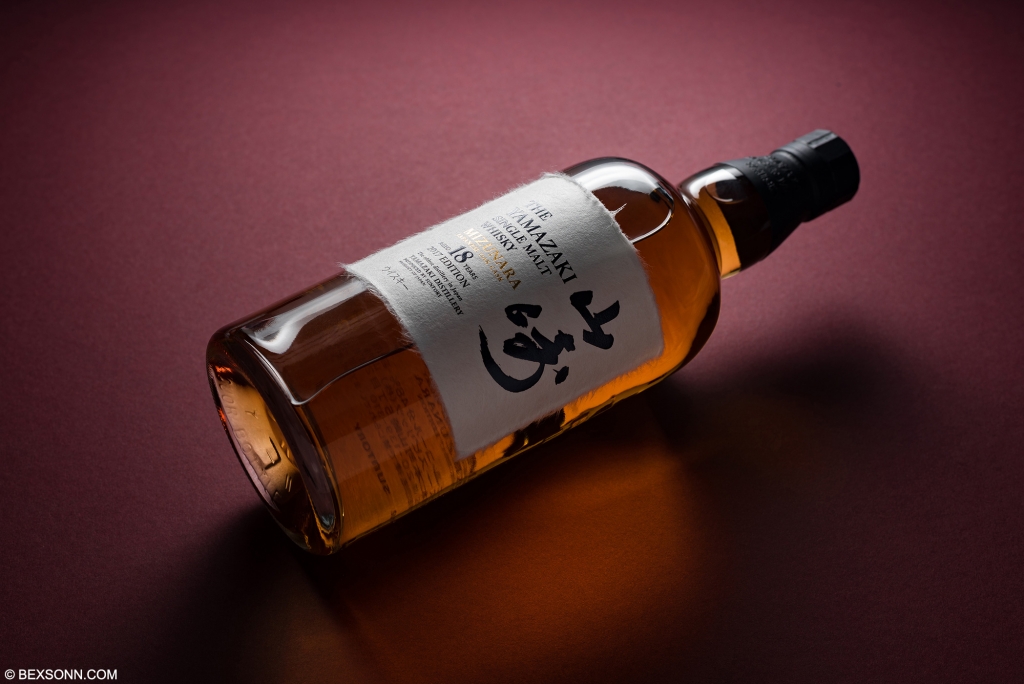 Yamazaki is Suntory’s flagship single malt; multi-layered with fruit and Mizunara aromas. Spiritual and deep, its signature multi-layered taste is highly praised by whisky connoisseurs all over the world. Today, Yamazaki is not only the No.1 single malt whisky in Japan but it is enjoyed in more than 35 countries and this is no coincidence. 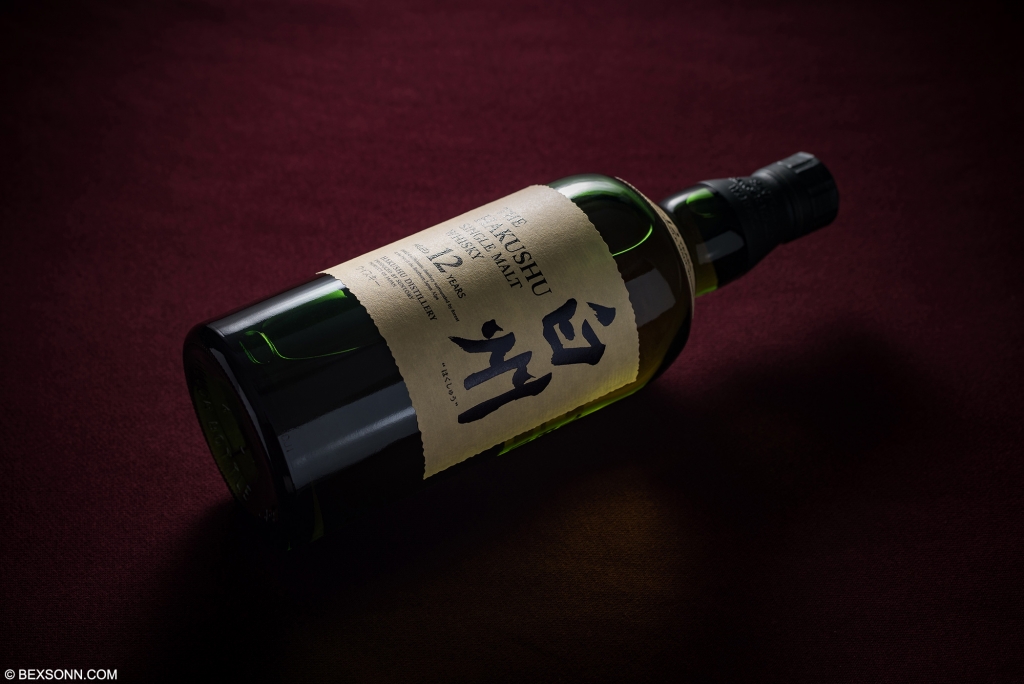 Hakushu (pronounced ‘hack-shoo’, which in means ‘white sand bar’) stands 2,300 feet above sea level – more than twice the altitude of Scotland’s highest distillery – in the shadow of the pale granite pyramid of Mount Kaikomagateke (9,744 feet), in the Japanese Alps. Hakushu was once the largest distillery in the world, with two huge stillhouses producing a vast array of different makes for the Suntory blenders. These days, only one of the stillhouses is operational but the ethos of variety remains the same. Hakushu is known for being a “green and fresh” whisky, praised by the most curious whisky connoisseurs and lovers of gastronomy. 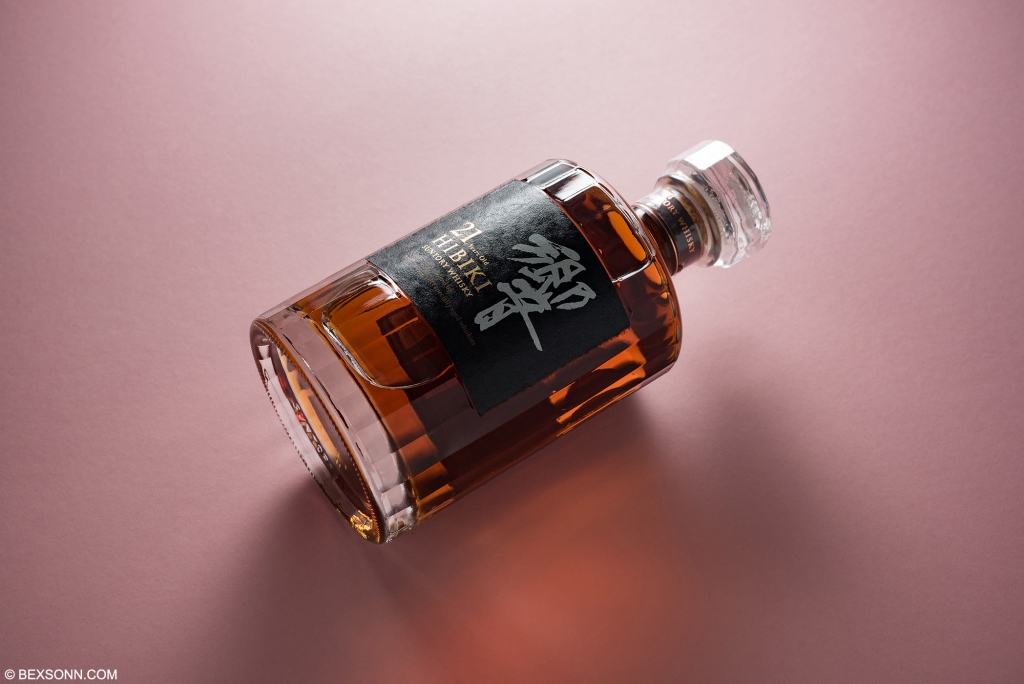 The Hibiki range was created to be the paragon of the Suntory blend. The name Hibiki literally means “resonance” in Japanese. Hibiki ingeniously embraces the subtleties in the Japanese nature found in the 24 seasons of the traditional calendar. This is reflected in the 24 facets of the bottles design of which I’ve always been an admirer of. The Hibiki is a harmonious blend made up of Suntory’s malt (Yamazaki & Hakushu) and grain (Chita) distilleries that have been carefully blended to create this expression, which encapsulates everything that is good about the Hibiki blend. The Hibiki 21 is a blend of rare and meticulously selected mature malt and grain whiskies aged over 21 years. With aromas of sweet dried fruit and a spicy flavour, it is characterised by a solemn, refined richness and profound, lingering echoes. It is these same characteristics that led the Hibiki Japan’s most highly awarded blended whisky but also among the most prestigious and honoured whiskies in the world. Seductive, blossoming and enigmatic, Hibiki celebrates an unrivalled harmony of blending, fine craftsmanship and a sense of luxury from the House of Suntory. 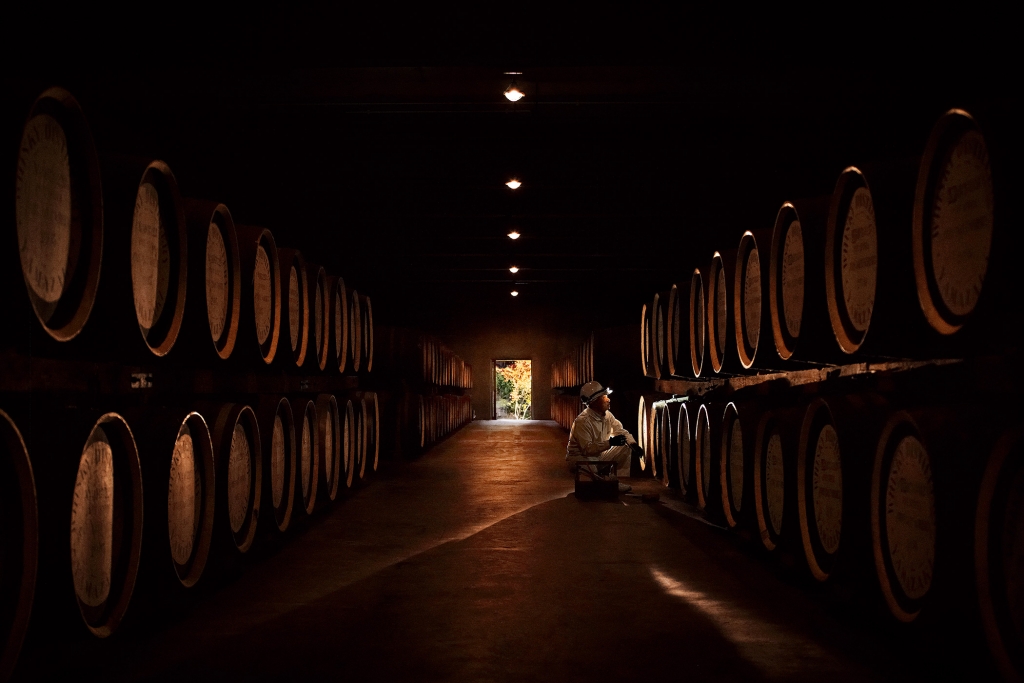 There’s no denying that Japanese whisky has become very, very popular over the last few years and only a couple of years ago, contributing editor – Michael Thurston – wrote an in-depth article about it right here. That said, two things tend to happen when a particular spirit becomes extremely popular, 1) they become more sought-after, which leads to diminishing supplies, which in turn makes an impact on prices. And 2) they become highly collectable because of the latter. For example, back in 2013 when I walked into the Whisky Shop on London’s Piccadilly – not only was Yamazaki available to buy but a bottle of 18yo Yamazaki would cost me £175, now, a bottle of the same liquid gold will cost £480 – yep, let that sink in for a second.

However, the 18yo expression isn’t really considered to be that rare but there is no denying it is exquisite drop. As for Suntory’s rarer stuff, let’s just say you require some really deep pockets and sometimes not even this is enough. That said, while Japanese whisky has become more popular and of course more collectible, what it’s done is open up the world of whisky to a new audience, but this has also undoubtedly opened it up to an audience who only consider it as an investment too.

Nonetheless, Yamazaki, Hakushu and Hibiki will still be enjoyed around the world by masses of whisky lovers, who are undeterred by the rising prices of Japanese whisky and just like to indulge in an exquisite tipple from The House Suntory.