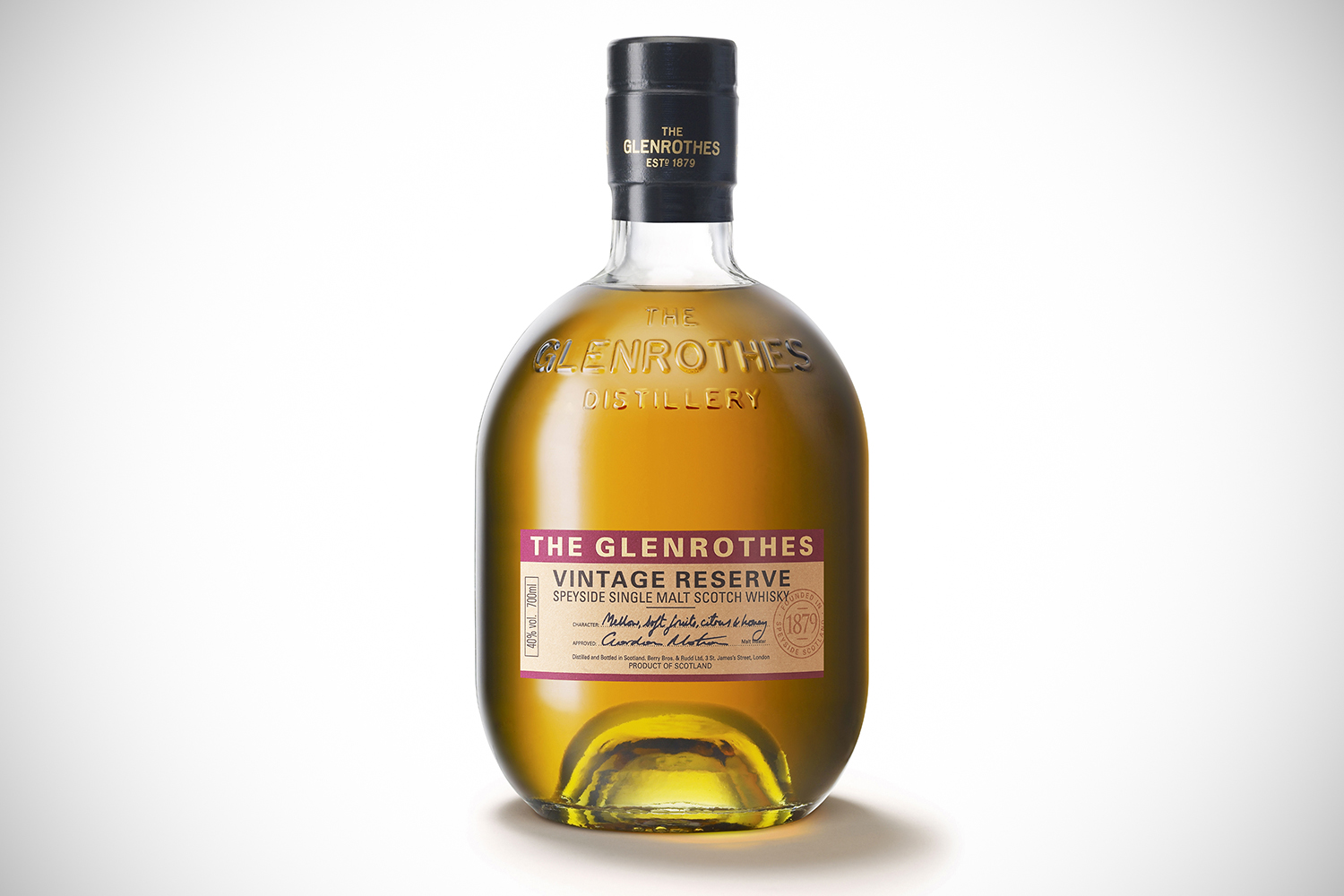 Until now, we’ve never featured The Glenrothes but we have had the pleasure of sipping on their Scotch before. Owned by wine and spirits merchant established in 1698, Berry Bros & Rudd Ltd, the Speyside distillery (Glenrothes) was founded in 1879 and is a pioneer in Scotch Whisky. All of their single malt is vintage malt. And when they say vintage, they mean whisky distilled and put into a cask in a single year. When judged to be at its peak of maturity, character and flavour, the master blenders carefully marry selected vintages together as Reserves, or bottle them individually as Single Vintages.

It is said that the Vintage Reserve is the expression that best epitomises The Glenrothes Vintage Single Malt philosophy of bottling whisky only once it has reached the peak of its zenith. Vintage Reserve comprises 10 different Vintages from the last three decades: 1989, 1992, 1997, 1998, 2000, 2001, 2004, 2005, 2006, and 2007. The combination of different Vintages aged in a variety of casks creates a balanced whisky with mature experience and vibrant youth: the most venerable constituent (a full 25 years old) is Vintage 1989, bringing mellow oak and dried fruits; the greatest proportion is Vintage 1998, adding soft, mature, sweet vanilla; the more youthful vintages add exuberance and lemon citrus notes. So naturally, we expect a lot from this special dram.

On the nose: there are rich intense notes of mixed fruits, marzipan and poached pears. Notes of an oily nature start to appear followed by aniseed, madeira cake, vanilla and citrus zest. Some incense notes will emerge, along with some light spices, light herbs and ground black pepper. On the palate: you’ll experience sweet sherry notes alongside those pears. These will then be followed by vanilla, ground pepper, a hint of cinnamon, aniseed and citrus zest. Some meaty sulphur notes will start to emerge, with some olive oil, almonds, a slight hint of notes of a fungal nature and some subdued oak giving you a very creamy palate texture.  The finish: is medium – long, peppery, with lingering oak and bitter coffee.

The verdict: The Glenrothes Reserve is a special drop and has some beautiful red fruit notes and warming creamy notes that only entice you further to its perfect balance of youth and maturity. The Glenrothes Vintage Reserve has an ABV of 40%. A whisky that, in my opinion, didn’t really require any water due to its low ABV percentage level – though if you do need to then only add a very, very small amount. If you don’t feel the urge to add any water then allow the scotch to breathe for approx. 10 – 15 minutes to open up the nose and palate.

Interesting fact: Only 3% of the distillery capacity is bottled as Single Malt to ensure exceptional quality. Of the 22 Vintages released to date, 14 have entirely sold out

The Glenrothes Vintage Reserve Single Malt Scotch was released at the end of 2014 exclusively in Taiwan though it was released worldwide in 2015. Available online and in well-stocked whisky shops, it will retail for approximately £38.

For more information on this Vintage Reserve, visit the official Glenrothes website.