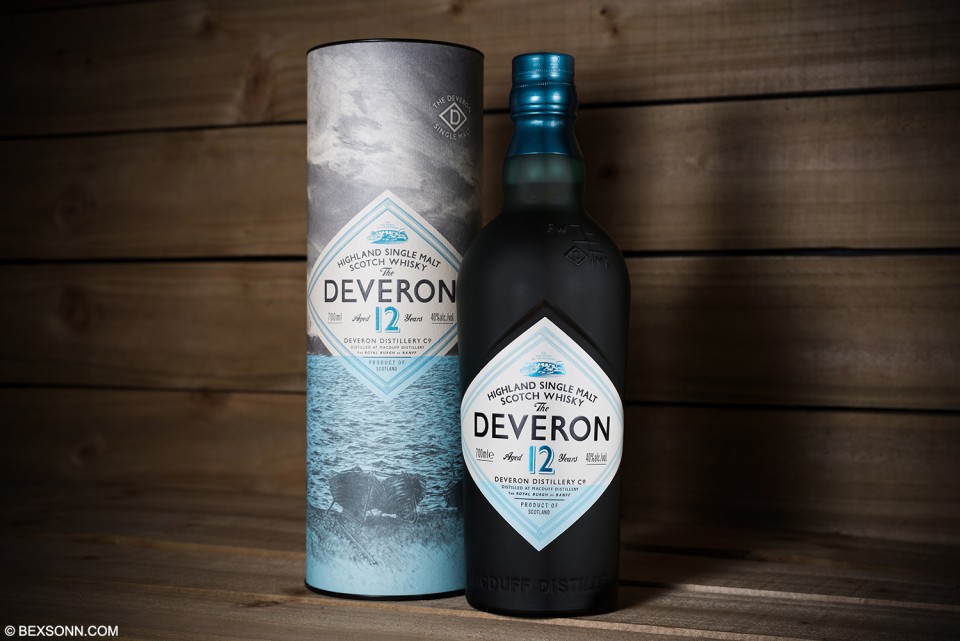 The Deveron 12: I remember when I first came across The Deveron, or back then when it was called The Glen Deveron,  and just how delicately balanced it was. It offered so much in the way of nose and palate flavour profile – so naturally I had similar expectations of this new offering. This September – John Dewar & Sons Ltd. announced the release of The Deveron Single Malt, which hails from the MacDuff distillery, located on the northern edge of Aberdeenshire. The new expressions released of The Deveron, are the 10-year-old (only available in France), the 12-year-old and the 18-year-old. The MacDuff distillery is a relatively new distillery. Its first spirits began to flow in 1960, with its main purpose of this to be used in blends but with spirit this good it only made sense to produce some single malt expressions. The Deveron has always been an easy to drink dram, which is light, fruity replete with apple tones and nuttiness.

On the nose: are welcoming sweet notes of red apples, followed by toasted oats, vanilla and butterscotch. These are closely followed by some tangy notes as well as Demerara sugar, light spices but most notably cinnamon. There is a lovely lavender note wafting around in there, alongside toffee, musk and a light note of sandalwood. On the palate: there is a lovely initial taste of toffee apple, followed by shortbread, vanilla and beautiful notes of raspberries, with a slight oily texture. That butterscotch note is ever-present, alongside flavours of oats, Demerara sugar, a hint of aniseed and a welcome salty caramel note. The palate is nicely rounded off by cinnamon, light spices and a hint of oak. The finish: is medium, spicy, with lingering Demerara sugar and cloves.

The verdict: Before I’d even sipped this dram it already had an unfair advantage but nonetheless it still had to deliver and my goodness does it. Again, just like the 10yo expression I’d sample some 2 years ago, it is delicate, balanced and has some absolutely beautiful notes that are so well-married, it only makes you want more. Bottled at 40% ABV, I did have some concerns that some of its body would be lost but it is quite the opposite. In my opinion it didn’t really need any water but if you require it, do so only in small quantities. Leaving it to breathe a little also yields more of its fruiter notes.