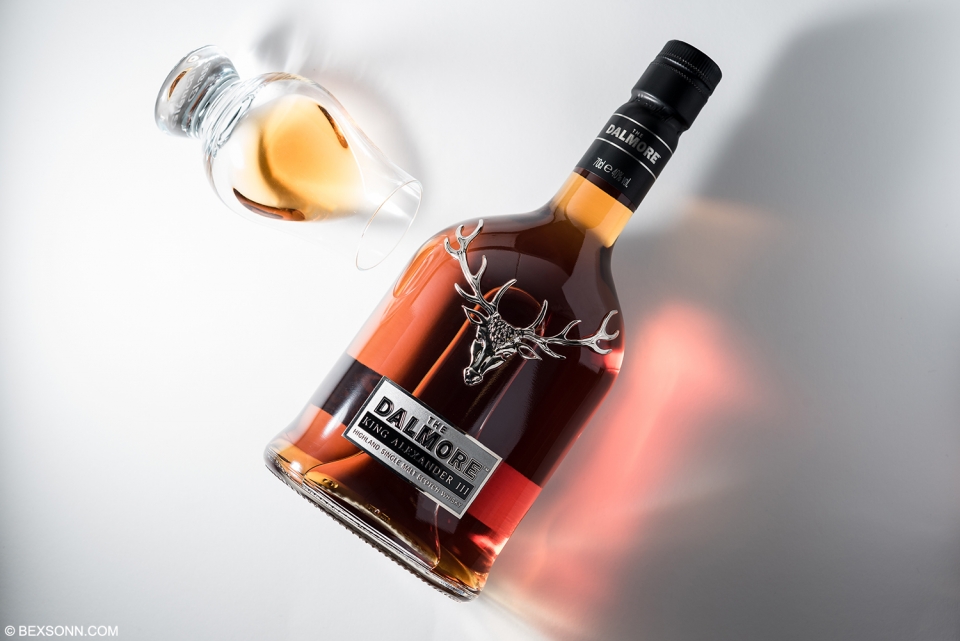 Just before Christmas, I had the pleasure of attending a tasting session with none other than, the exuberant Master Distiller, Richard Patterson from Whyte & Mackay, who of course own The Dalmore along with other whisky distilleries. I had the pleasure of sampling some of their best expressions, including the 21yo, 30yo, a 1969 expression from the Constellation Collection and this King Alexander III. Crafted to honour the act of saving Scotland’s King in 1263, this expression unites six specially selected casks housing spirit of perfect maturity. Whiskies matured in ex-bourbon casks, Matusalem oloroso sherry wood, Madeira barrels, Marsala casks, port pipes and Cabernet Sauvignon wine barriques are brought together in perfect harmony. Each cask gives its own flavour notes, delivering a unique, complex single malt whisky revered by connoisseurs.

Tasting Notes: On the nose: you’ll get an intense bouquet of sweet sherry, notes of Madeira cake and marzipan. This is followed by a light waft of zest and raspberries. Spicy notes of cinnamon will emerge, followed by vanilla and a touch of oak. On the palate: there are beautiful notes of maraschino cherries and a refreshing flavour of raspberries. Some lemony zest, crème caramel, almonds and a touch of ginger closely follow this. Notes of cloves and nutmeg nicely balance out the palate. The finish: is short – medium, sweet and spicy, with lingering oak.

The verdict: a very warming and enticing dram that is refreshing but punchy at the same time. A well-balanced Scotch, with notes that have been nicely married making it an enjoyable dram, one that is fit for a King. Due to the smooth flavours of the Dalmore King Alexander III, it doesn’t require any water but just a little airtime to allow the Scotch to breathe. As with all scotches, if you require water then only add a small amount until it is just right for you.

The Dalmore King Alexander III Single Malt Scotch Whisky can be found in-store or online at The Whisky Shop for approximately £140.