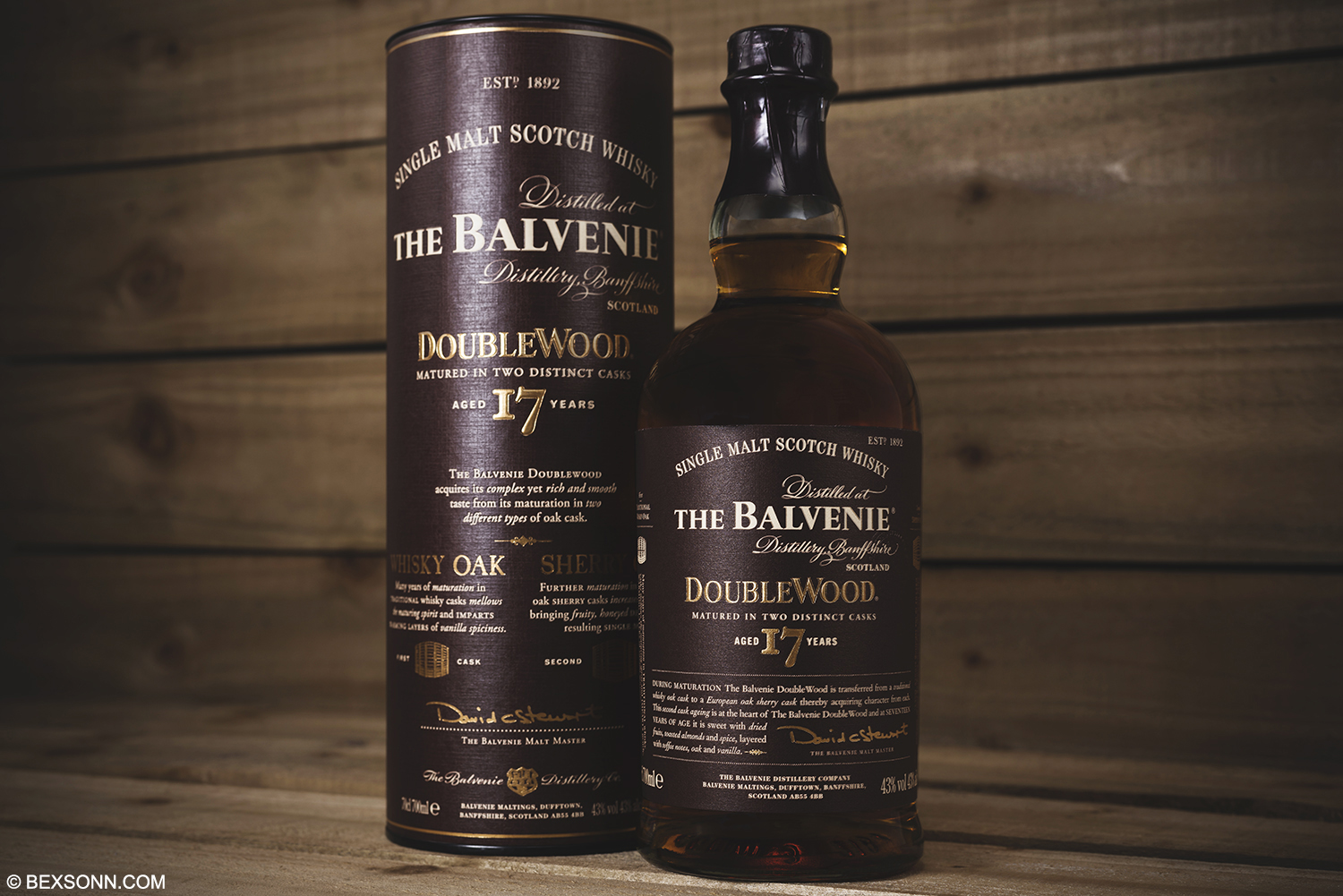 The Balvenie DoubleWood 17 Year Old Scotch: By now you should know, we are no strangers to the tasty drams of The Balvenie. You can read previous tasting notes from this wonderful Speyside distillery, located in Dufftown, here, here, here and here. Master Distiller, David Stewart, over the past 53 years has created some of the most distinctive and beautiful Balvenie expressions. But one of his favourite creations is the DoubleWood maturation. This technique is at the heart of The Balvenie DoubleWood – it sees the whisky matured first in American oak barrels, which impart soft sweet vanilla notes, before being transferred to European oak sherry casks, where the second cask ageing adds rich, spicy flavours and a depth and fullness of flavour.

On the nose: you’ll experience sweet notes of sherry, followed by a warm waft of toffee, marzipan and vanilla. Notes of raisins, spices and a hint of coffee and sulphur closely follow this. After a couple of swirls notes of butterscotch, orange peel, fresh green herbs, aniseed and oak start to emerge. On the palate: those sweet notes of sherry are ever-present, followed by toasted almonds and vanilla. Spicy notes will start to filter through, followed by cinnamon, butterscotch, cocoa, a lovely meaty taste and a note akin to rum and raisin ice cream. The finish: is long, sweet, spicy, with lingering zest and oak.

The verdict: The DoubleWood maturation process is one that Balvenie has produced for years and it is this technique that gives the DoubleWood expression so much character. The 17-year-old DoubleWood is a more mature and mellow version of its younger sibling. It is so well-balanced and keeps offering more notes just as often as you keep nosing and sipping it. Bottled at 43% ABV, it was definitely a drop that didn’t need any water – though if you do need to then only add a very small amount. For me, I found when I left it for a short amount of time to sit in the glass between nosing and tasting – this yielded the best results notes wise.