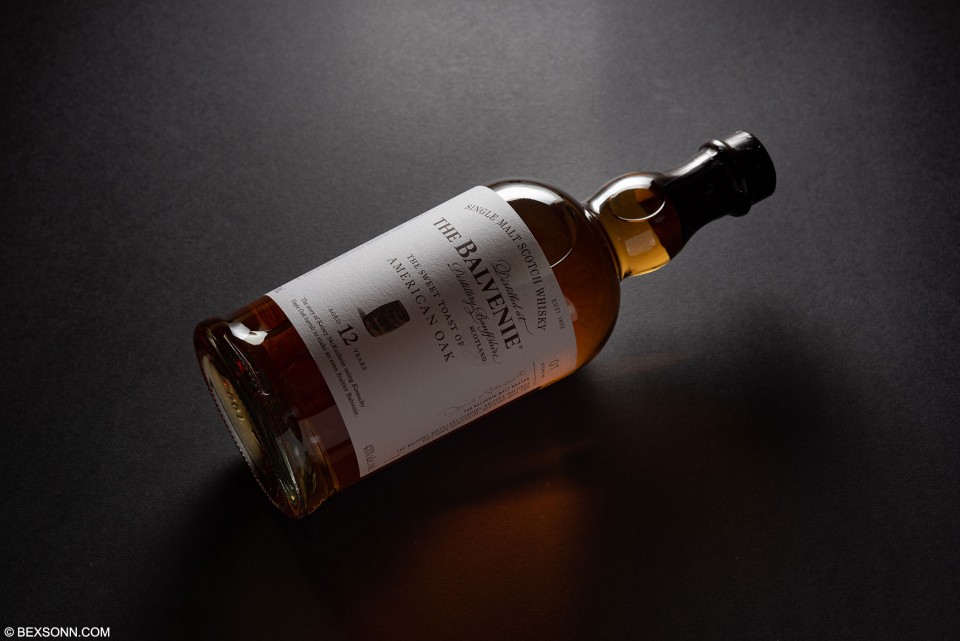 The last time we posted some tasting notes on The Balvenie was the early part of last year. The Balvenie distillery recently released a new range of expressions called the Balvenie Stories. The Balvenie Stories range is a collection of single malt whiskies representing tales of character, endeavour and craft. Each whisky produced by The Balvenie tells a human story, evolving with the protagonists and developing unexpected twists through years of maturation. The story begins with the 12yo American Oak expression: Inspired to produce an even fruitier, sweeter Balvenie, Apprentice Malt Master Kelsey McKechnie had the bright idea to import Virgin Oak barrels from Kentucky. After deep toasting them at The Balvenie Cooperage they were filled with Balvenie aged in ex-bourbon barrels. The result is a delectably complex whisky with notes of candied fruit, coconut and delicate vanilla.

On the nose: you’ll experience sweet notes of brown sugar, followed by vanilla, coconut, cinnamon and pears. Notes of black pepper, star anise and hints of aniseed start to unfold, alongside a touch of madeira cake. After a couple of swirls, notes of tropical nature, a waxy note, a hint of fudge, with a welcomed toasted oats aroma starts to emerge. Completing the nose are notes of orange marmalade, lemon zest and stem ginger. On the palate: those sweet notes of orange marmalade are ever-present, followed by toffee, coconut and layers of zest. Some delicate notes of vanilla, butterscotch and honey will start to filter through, followed by cinnamon, hints of creme brûlée and stem ginger. Rounding-off the palate are those waxy, meaty notes, as well as spicy oak. The finish: is medium, with those sweet candy notes and spices, followed by lingering aniseed and zest.

The verdict: A very subtle, yet elegant drop from Balvenie that has a rather interesting background story. The dram is nicely balanced with sweet and spicy notes but could do with a bit more punch in the mid-palate section. Bottled at 43% ABV, it is definitely a drop that doesn’t need any water – though if you do need to then only add a very small amount. For me, I found when I left it for a short amount of time to sit in the glass between nosing and tasting – this yielded the best results notes wise.