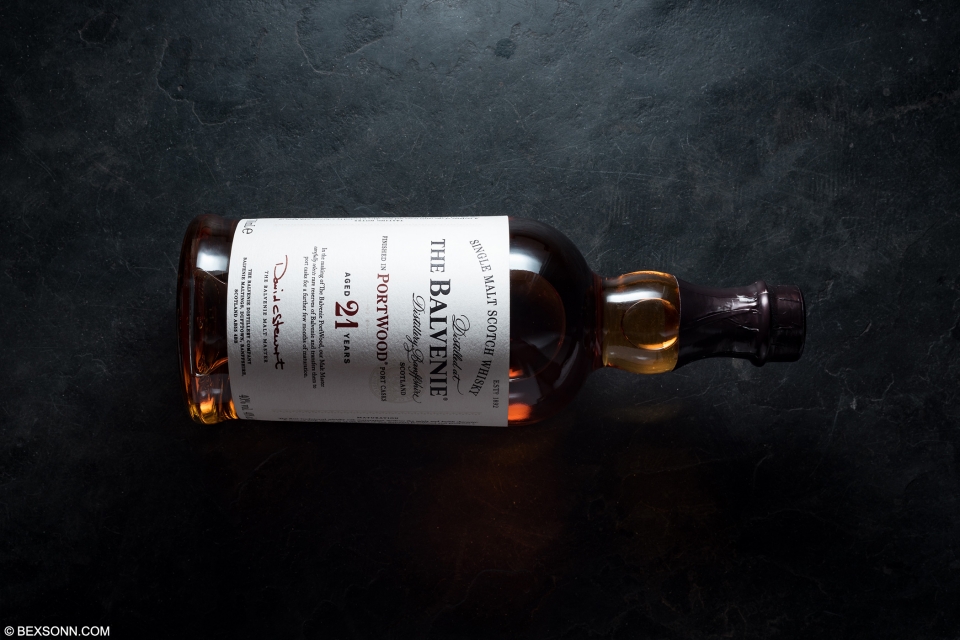 Just a couple of weeks ago we posted tasting notes on the The Balvenie Peat Week 2003 and this week we are back with some more from the Speyside distillery. It’s a dram that we’ve tasted quite often but until recently I hadn’t noticed we had never posted tasting notes on this delicious and enticing drop of liquid gold. To create The Balvenie PortWood 21-year-old, a marriage of rare Balvenie is transferred to port casks, or pipes, which have previously held fine port wines. Here it is sampled regularly by The Balvenie Malt Master to ensure that just the right amount of character is imparted by the port casks, giving it greater complexity and depth whilst preserving its original characteristics. This 21-year-old expression is considered by many to be David’s finest creation, this whisky is one of his proudest achievements and has won an array of highly coveted industry awards since its release in 1996.

On the nose: you’ll experience sweet notes of honey, followed by vanilla, nectar, cinnamon and marzipan. Notes of nutmeg, turmeric and hints of rose-water start to unfold, alongside a touch of black forest fruits. After a couple of swirls, notes of raisins, ginger biscuits, a hint of oranges, with a welcomed zesty note start to emerge. Completing the nose are notes of candy apple, black grapes, sweet plums, figs and a woody nuttiness. On the palate: those sweet notes of honey are ever-present, followed by brown sugar, milk chocolate and nutmeg. Some delicate notes of figs, almonds and plums will start to filter through, followed by cinnamon, hints of vanilla and treacle. Rounding-off the palate are those notes of pears, apples, currants, ginger and shortbread. The finish: is medium, with those sweet honey notes and that nuttiness, followed by lingering notes of raisins and port undertones.

The verdict: A very subtle, yet elegant drop from Balvenie; it has so much depth in flavour and some lovely little flourishes of rich summer notes, as well as some dark fruit undertones. This is perhaps one of my favourite Balvenie drops and it is so easily enjoyable. Bottled at 40% ABV, it is definitely a drop that doesn’t need any water – though if you do need to then only add a very small amount. For me, I found when I left it for a short amount of time to sit in the glass between nosing and tasting – this yielded the best results notes wise. However, take note that in duty-free, The Balvenie PortWood Aged 21 Years is non chill-filtered and bottled at a higher strength of 47.6% abv – so it’s always worth picking up a bottle while travelling.

For more information on this Peat Week expression, visit the official Balvenie website.