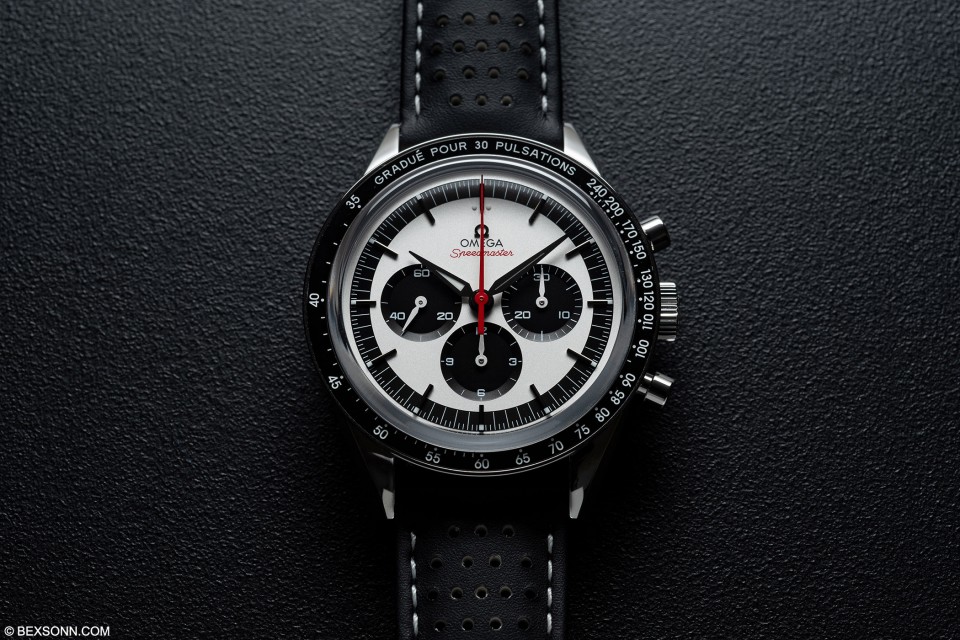 Omega introduced some rather interesting and colourful timepieces at this year’s Baselworld but probably one of the most talked about pieces was the limited edition CK2998 Speedmaster, which loosely pays tribute to its predecessor with some modern twists that make it rather intriguing. The original CK2998 was of course the first Speedmaster to be worn in space and Omega acknowledged this feat when they re-issued the FOIS in 2012. Over the past few years Omega have continually paid tribute to the CK2998 but with contemporary flourishes that make them very collectible among the Speedmaster faithful. 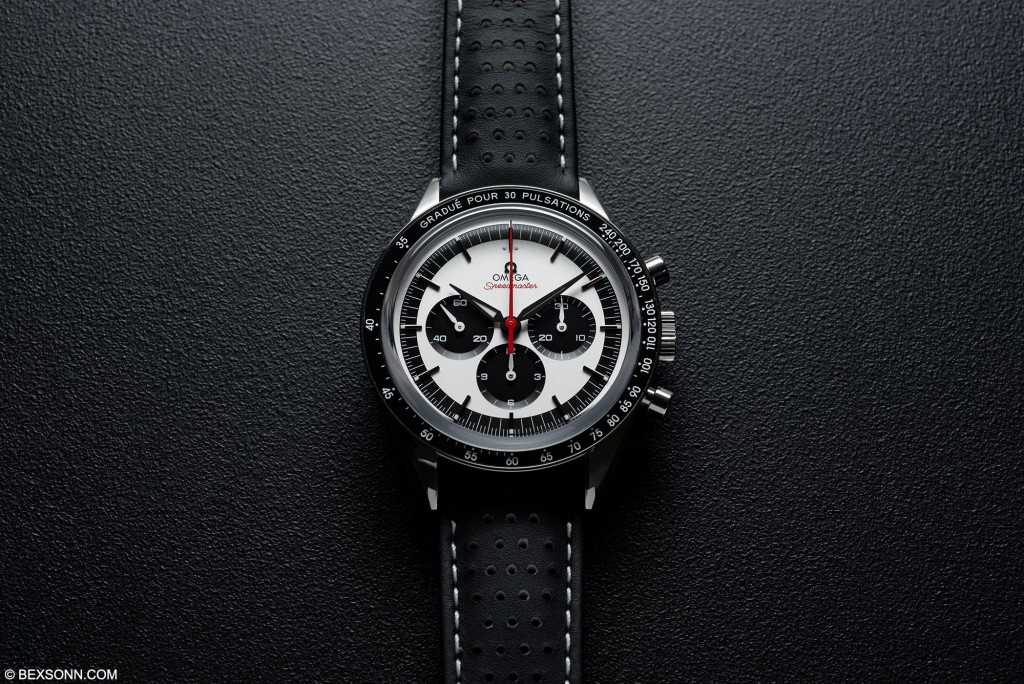 This new Speedmaster CK2998 features a 39.7 mm stainless steel case, which of course in classic fashion features no crown guards. It sports brushed sides and polished lugs, like that of the previous straight-lugged Omega Speedmaster cases. One of the most notable, standout features is of course the black pulsations bezel, though those of us who love these nostalgic details will notice it make use of a 30-pulsation bezel rather than 15, while it’s not in-keeping doesn’t distract from the overall look, though admittedly it would be nice to see a more vintage inspired style. The dial is Protected by a box-form, scratch-resistant sapphire crystal and on the rear is a screw-down, solid case back, which sports the hippocampus and Speedmaster inscription. 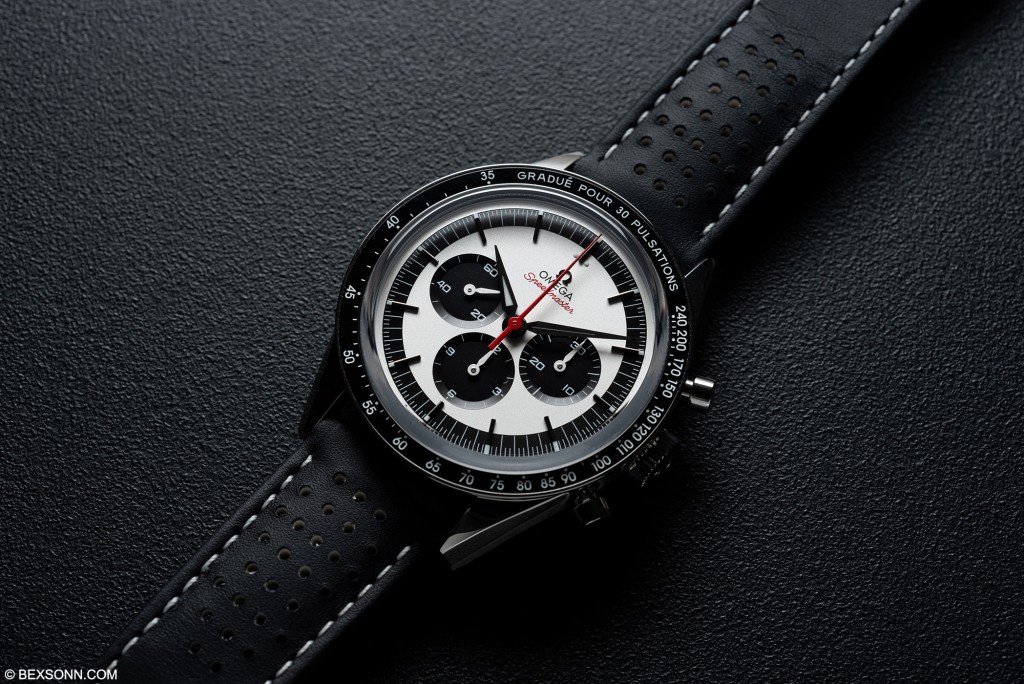 It goes without saying that the standout feature of this Speedmaster is the dial. The dial makes use of an opaline silvery base with black subsidiary dials, an outer chapter ring, which incorporates the minute scale and the whole look is tied together with the use of an applied Omega logo. The hands are where things really start to get interesting. While Omega have used the customary Alpha hands to indicate hours on minutes, they’ve really gone back into the archives to resurrect the red chronograph seconds-hand – a trait seen on racing dial Speedmasters. Again, all hands, excluding the sub dial registers and chronograph seconds hand, feature Omega’s Super Luminova. 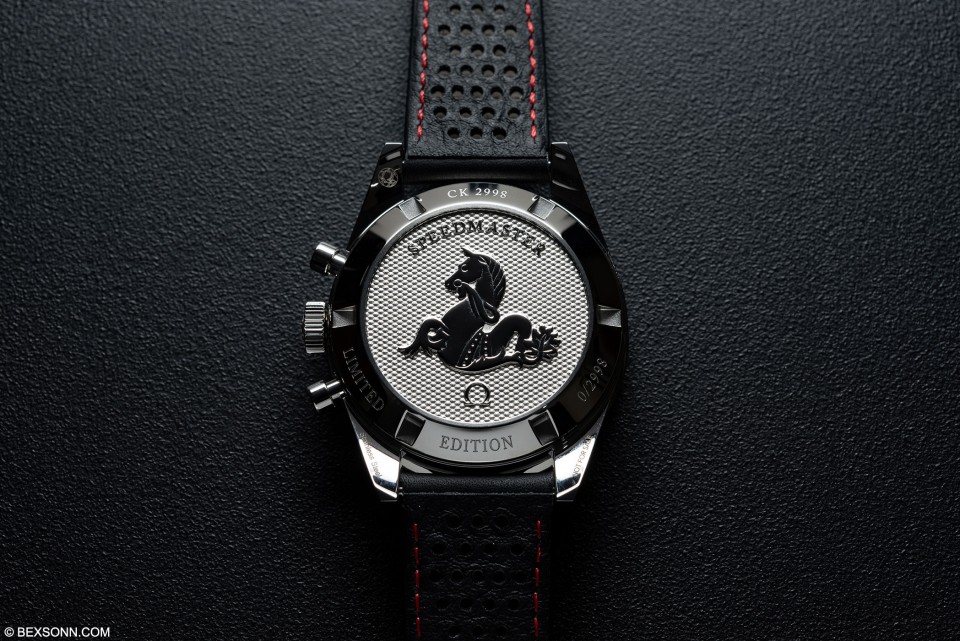 This iteration of the Speedmaster CK2998 comes on a black leather racing strap with white stitching and a polished Omega pin-buckle clasp. Though this combination does seem a little confusing considering it sports a Pulsation scale on the bezel, nonetheless it gets away with it. Beating away at the heart of this 2018 Speedmaster CK2998 is Omega’s famed manual-wound calibre 1861 (an evolution of the 861) that boasts of a 48-hour power reserve. The Omega Speedmaster CK2998 is limited to, yup you’ve’ guessed it, 2,998 pieces worldwide. 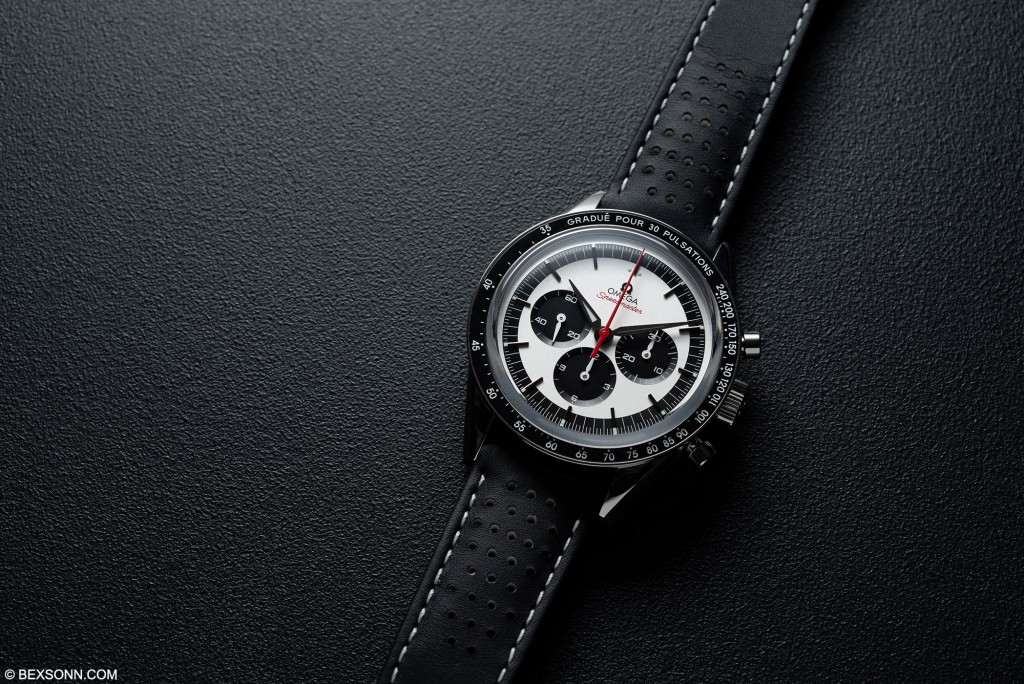 One thing about this Speedmaster that I observed and totally understand, is that it’s definitely a love it or hate kind of Speedmaster and I for one am in the first category. While the colours utilized are quite bold they just somehow seem to work giving the CK2998 a more exotic appearance and feel. In my humble opinion this is one of the nicest iterations of the CK2998 produced in the last few years. Omega have squarely aimed this watch at people who like the look of vintage Speedmasters but perhaps don’t like the idea shelling out the thousands it would actually cost to get an original, and maybe like the idea of CK2998 with a different dial. While its doesn’t appear to be aimed at purists, I still think Speedmaster diehards will still admire it.