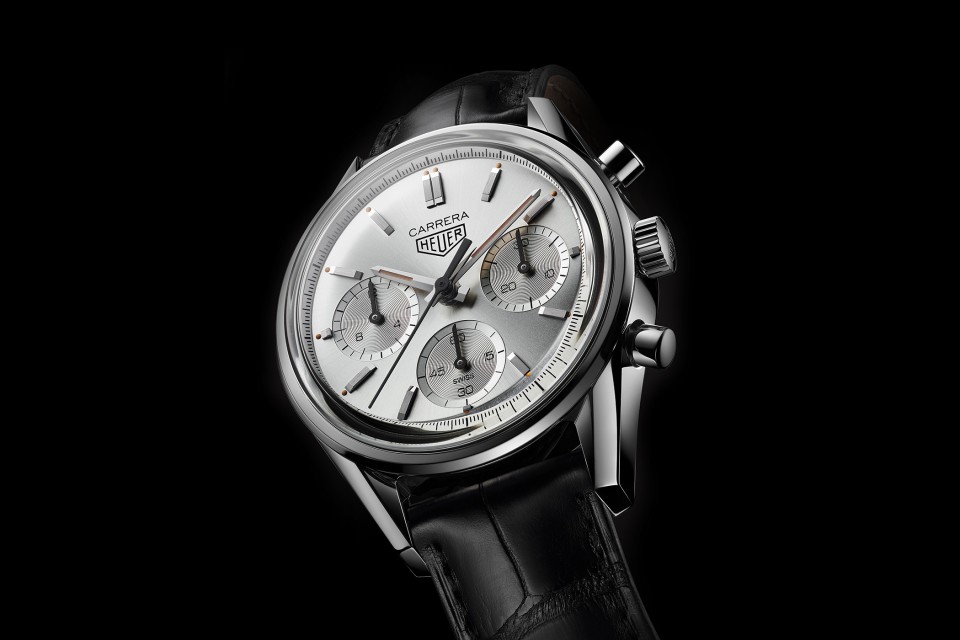 One of the purest designs to have come out of the 20th century is undoubtedly the Heuer Carrera. Made during the time when a certain Jack Heuer was in charge, the Carrera was a racing watch and named after one of the most challenging races during the time, the Carrera Panamericana in Mexico.

That was 1964, and the reason why I use the word ‘pure’, is because of how the Carrera stands today. Such is the timelessness of the overall design that if you put a Carrera 2447 in front of someone who doesn’t know about watches, chances are they’ll guess that it was a modern watch. The simple yet complex 36mm stainless steel case with its long inward angled lugs sits amazingly on the wrist, hugging it so ever slightly. Furthermore, the dial, in two options when it was first released, the ’S’ for Silver and the ’N’ for black, was clean and restrained, with only the minimal necessities displayed, eschewing any superfluous design. This, till this day remains a masterclass on how to design a watch.

Well, as you can tell, such a historically important design cannot be taken lightly and with TAG Heuer celebrating their 160th anniversary this year, they decided to surprise us with a reedition of the original Carrera 2447S.

What you get is an upsized 39mm case, to suit modern tastes- though 36 works fantastically well for me, a silver sunburst dial reminiscent of the original with a slightly larger logo and the new in-house Calibre 02. I do think that using a black alligator for a watch like this is a detail that annoys me, as it is a racing watch. It is somewhat of a disservice as they spent so much effort getting the watch right that the easiest thing to apply fell short. A more rugged leather strap, or even a reissue of the original Carrera Gay Freres bracelet would’ve been amazing!

Regardless, that is something that we can change, so not a fatal error. Overall the reedition is one that I can be pleased with, one that faithfully pays homage to one of the most iconic watches of all time.

The new TAG Heuer Carrera 160th Anniversary, which is limited to 1860, will retail for approx. £5000. For more information on this new piece, visit the official TAG Heuer website.