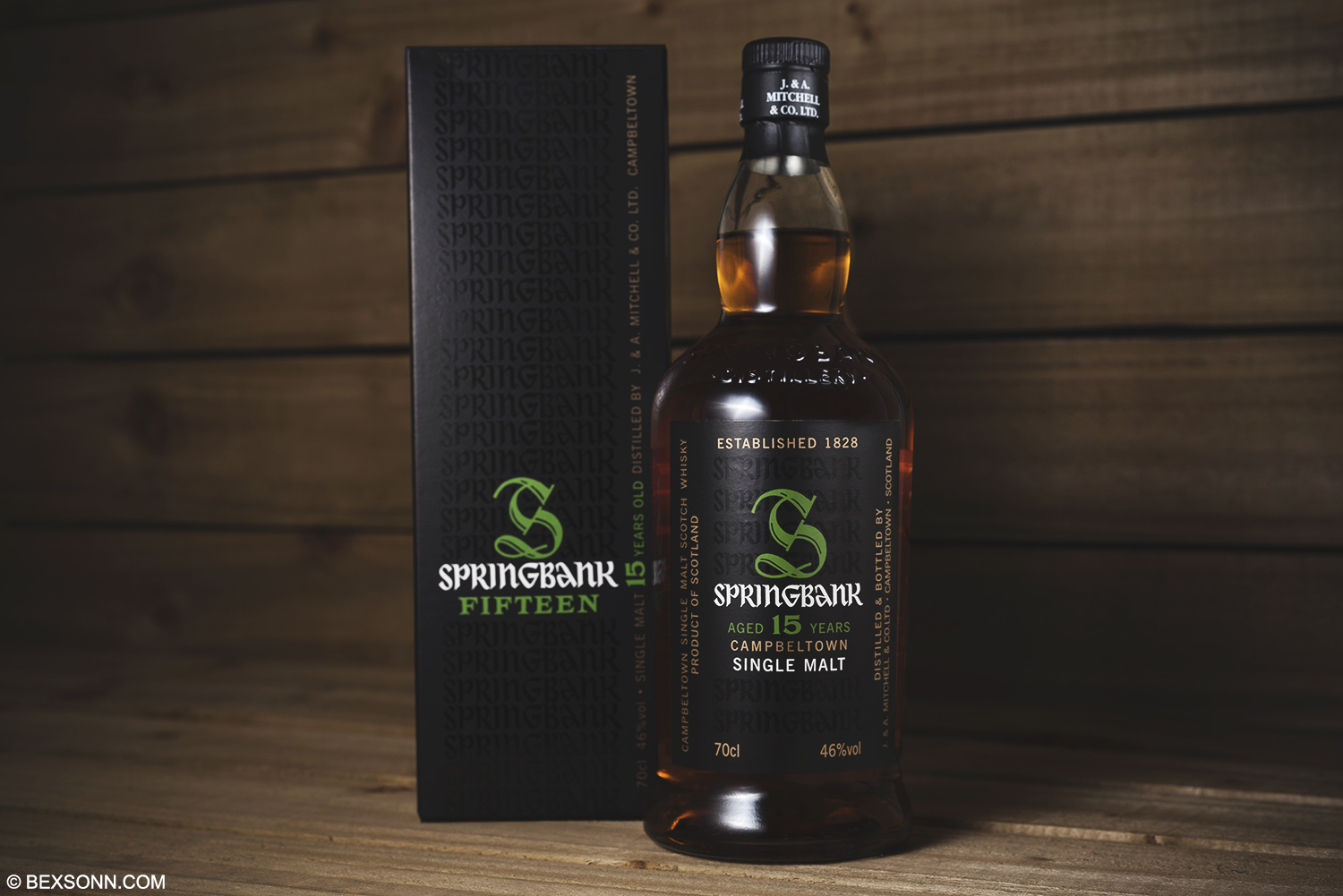 Springbank 15 Year Old Single Malt Scotch: There is just so much to love about Springbank Scotch, it’s just so pure, modest and so downright tasty but it never thrusts itself into the limelight. It is however, well-known among whisky connoisseurs and enthusiasts alike. I have to admit, I’m a massive fan of the Campbeltown distillery that till this day remains independently owned, by the founding family, and is in a unique position among Scotch distilleries. Every part of the process from the malting to the bottling is carried out at the distillery, which is seldom seen nowadays. Springbank can also boast of being the only Scottish distillery established in the nineteenth century. Springbank is a traditional Scottish distillery, in the fact that it produces three styles of malt spirit: Springbank, Longrow and Hazelburn, each with differently peated malt. This 15yo expression is exclusively aged in first fill ex-sherry casks, lending distinctively sweet, fruitful notes.

On the nose: is an intensive waft of sweet cherries, honey, dark chocolate and grapefruit. This is closely followed by notes of oranges, marzipan, liquorice, vanilla and oats. There is a lovely meatiness to the nose, as well as aromas of pine seeds, toffee and a hint of lemon zest. The nose is nicely rounded off with butterscotch, banana, some light spices and hint of notes of a floral nature. On the palate: the first note that is apparent is the dark chocolate, which is closely followed by the oranges, figs, honey and creamy butterscotch. Vanilla and some peppery, spicy notes along with a hint of lavender accompany these initial flavours. Notes of oatmeal, aniseed and a hint of marzipan, nicely round off the palate. The finish: is long, sweet, grainy, with lingering peat and a rich leathery note.

The verdict: This is not the first time I’ve posted tasting notes on this particular dram but it was interesting to learn that every batch has subtle differences. This 15-year-old Springbank that has been exclusively aged in first fill ex-sherry casks, is just sublime. So well-balanced with the right amount of sweetness, spiciness and body. With an ABV of only 46%, it’s not really a Scotch that requires any water but to unlock the full plethora of notes on offer, it does need just a few drops. Also allowing it to breathe for 5 – 10 minutes also yields more notes too.

For more information on this 15-year-old expression, visit the official Springbank website.