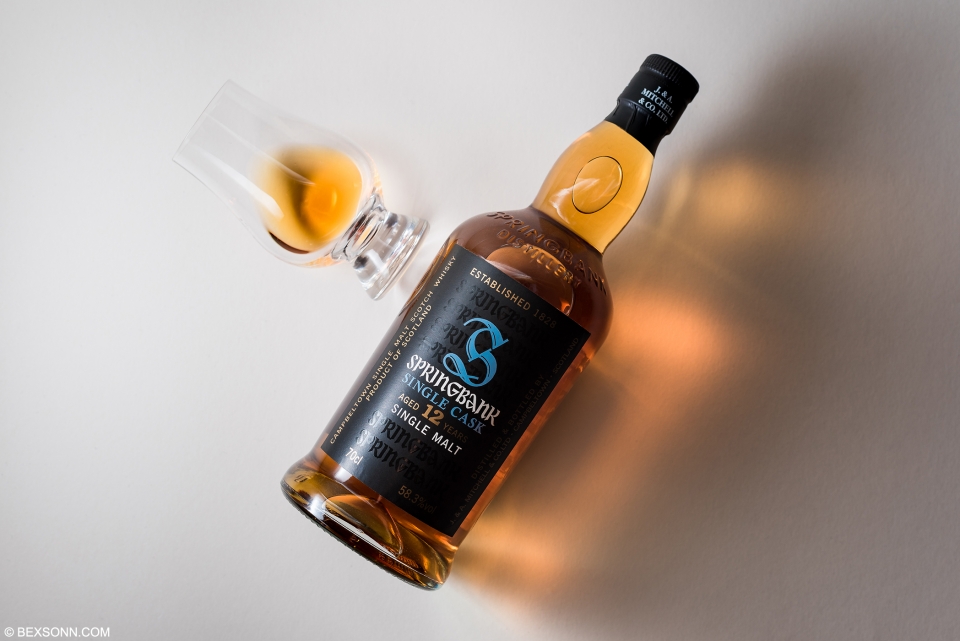 We’ve looked at a few drams of Springbank in the past but nothing quite like this here. We are fond of the Campbeltown distillery that till this day remains independently owned, by the founding family, and is in a unique position among Scotch distilleries. Every part of the process from the malting to the bottling is carried out at the distillery, which is seldom seen today. Springbank can also boast of being the only Scottish distillery established in the nineteenth century. Springbank is a traditional Scottish distillery, in the fact that it produces three styles of malt spirit: Springbank, Longrow and Hazelburn, each with differently peated malt. This 12yo expression is exclusively aged in a port pipe and bottled at cask strength, giving it intense fruity notes and peppery spices.

On the nose: is an intensive waft of rich mixed fruits, followed by honey, plenty of vanilla and smokey, yet nutty aroma. These initial notes are nicely followed up by dark chocolate, rosemary, lots of pepper and spices. More notes start to emerge in the form of cherry drops, lemon zest and cream soda. Rounding off the nose are some fresh green apples, pineapples and a hint of banana, lending a charming tropical tone. On the palate: those peppery, spicy notes are ever-present, alongside notes of vanilla, walnuts and cinnamon. However, this is followed by sweet notes of banana, toffee, apples, with a dry texture. After a few swirls, notes of a leathery nature start to appear, followed by chocolate, hazelnuts and clementine. Finishing off the palate are some lovely tropical notes and liquorice, which requires a little encouragement from mineral water. The finish: is long, dry, peppery, with lingering smoke and nuttiness.

The verdict: I’m a massive fan of Springbank, however, this 12yo cask strength drop just didn’t quite do it for me. It is a great dram with lots of depth in flavour but it requires too much floundering with water to get it just right. That said once you do, it does unlock some wonderful notes. With an ABV of 58.3%, in my opinion, it is definitely a scotch that requires water, which not only subdues those peppery notes but also yields more notes, especially on the palate.

For more information on this 12-year-old expression, visit the official Springbank website.