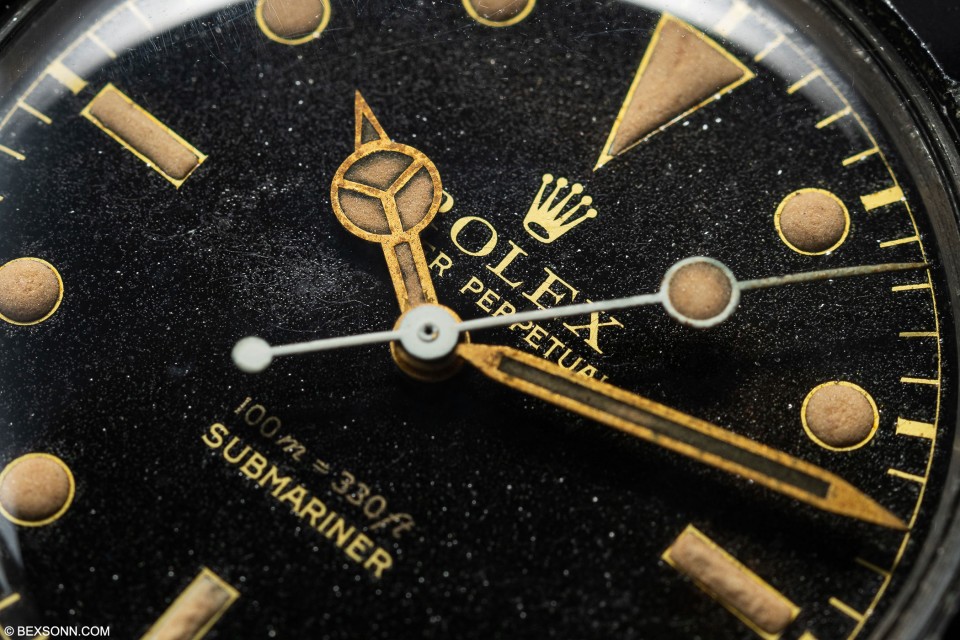 Auction season is on the horizon and of course that means London is one of the first destinations of where watch auctions will be held. The last auction to be held by Sotheby’s in London was quite some time ago – of course due to COVID-19 but this hasn’t stopped them for the Autumn sale. As mentioned before, Sotheby’s are a well-seasoned auction house when it comes to selling watches. Over the many years in doing so, they’ve set some enviable records along the way. During our visit to their London offices a few days ago, we sat down with the Kate Lacey to look at some of the lots coming up for sale in their October London auction.

Lot 365: The Rolex Milgauss is much like other amagnetic timepieces introduced around the 1950s, i.e. the Railmaster and Ingenieur but of course made in the Rolex way. Rolex approached by CERN were asked to produce a wristwatch that could withstand up to 1000 gauss – hence mille gauss. The first Milgauss was introduced in 1954 and had quite a unique appearance. Rolex designed the case with a secondary soft iron cage that encases the calibre 1065 that shields it from magnetic forces up to 1000 gauss. The cases had to be larger to fit this secondary cage, making the watch larger that strangely enough is rather in-fitting with the taste of today’s Rolex sport watch collectors.

Due to their highly specialized nature, few were produced, making them exceptionally rare. The most prominent feature of the reference 6541 Milgauss is its unusual and delightful seconds hand in the shape of a lightning bolt. Other distinguishing features include a rotating bezel with a red-coloured triangle and a honeycomb-patterned dial with non-luminous, circular hour markers and faceted, triangular hour markers at 3, 6, and 9 o’clock.

The present example manufactured circa 1959 but unfortunately doesn’t feature its original flash seconds and alpha hands – which is a bit of a shame, however, it does sport its original bezel and insert and its original honeycomb dial that has aged to a beautiful and uniform tropical brown colour. This is a good example of a highly collectible reference and the case is also does appear to be in a good honest condition.

Lot 373: I don’t quite know what it is but there is something about dive watches, which I just can’t seem to put my finger on, that I find ensue unassailable sophistication. This is perhaps partly due to the fact they were made with one particular function in mind. Let’s be honest, they were relentlessly designed to be utilitarian watches for both professional and recreational divers but for the most part, they’ve probably forgotten what sea water tastes like.

This reference 1665 featuring a Mk4 dial, evidence of the large and widespread coronet, and double red-writing. The dial has aged gracefully, exhibiting warm and all-matching patina on the hands and numerals, though there are signs some moisture/water may have gotten in at some point during use. The case is offered in honest condition, showing signs of wear but also displaying it hasn’t been overly abused. While this lot isn’t something overly special – I just thought it was worth mentioning.

Lot 374: Over the past few years we’ve highlighted 6538 and 6536 Submariners, which exhibited the most beautiful chocolate dials. I’ve said before that there is often an element of one-upmanship when it comes to Submariners and having one of the rarest pieces usually leads to interesting conversations. This reference 6536 is perhaps not the rarest of examples but the aging process that it has seen, has done some wonderful things to it. We are used to the fact that Rolex makes a mass of watches but when you consider the 6536 was only produced for one year in 1955 and then consider how many watches they were producing at that time; you are left with a very small number of examples.

There is no doubt this early Submariner reference hasn’t lived a sheltered life; in fact, one would say that it appears to have lived quite an interesting one and this is echoed in its case and dial. The case, yet while well-preserved, shows signs of wear but it is honest. The bezel, which is original, also displays signs of wear. However, it is the dial that has seen the most dramatic change over the years and has patinated from a glossy piano black to an almost celestial appearance, which in my humble opinion looks rather splendid.

Lot 377: There is no denying that the Submariner is the ultimate tool watch and while we’ve looked at quite a few there are some varying combinations and this particular variation is one of the most coveted by collectors and Rolex aficionados. You see, this Submariner 5513 features what is known as the 3-6-9 dial, which was one of the options given to the original purchaser of a Submariner when ordering. These dials are also referred to as Explorer-style dials for obvious reasons. Very few Submariner references were fitted with these 3-6-9 dials i.e. the 6538, 6200, 5510 and of course the 5513.

This present 5513 dates to circa 1964, just a couple of years after this reference was first introduced but of course this isn’t your run-of-the-mill 5513, as it features a trait that makes it highly coveted. This example represents the culmination of the tritium evolution, and as such features a gilt dial with matching indexes and signature with a silver depth rating. The tritium lume has discoloured to a warm cream hue, with the hands to match. Perhaps the one thing that lends to this watches charm that may go unnoticed is the Jubilee bracelet, which is Made in the U.S. by none other than JB Champion. The case is in an excellent preserved condition.

For more lot information on The Sotheby’s London Important Watches Auction that will take place this Wednesday morning the 28th October at their London HQ – (bidding will be limited to online only), visit the official sothebys.com to view the entire catalogue.