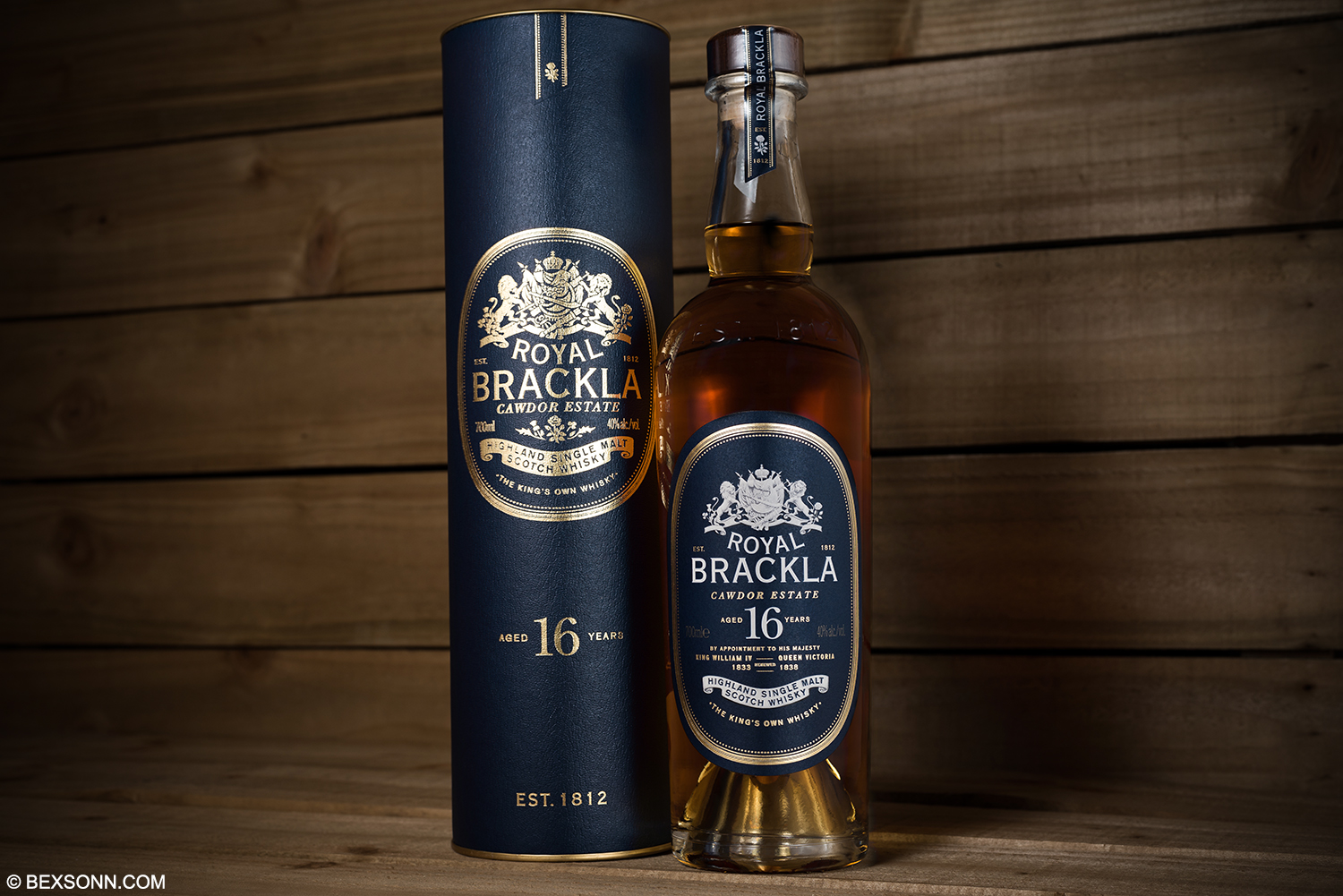 On the 25th August 2015, John Dewar & Sons Ltd. unveiled a new range of proprietary bottlings from the Royal Brackla distillery. However, way back in March I went on jaunt to Scotland, on what was dubbed “The Last Great Malts Distillery Tour”. This included visits to Dewar owned distilleries, Craigellachie, Aberfeldy, Aultmore, Mac Duff and of course Royal Brackla, which I was told en route that it is probably one of the most romantic distilleries on the tour. As you can see from the image below, it didn’t disappoint. Luckily for me, I was fortunate enough to have tasted samples of Royal Brackla and ever since have been eagerly awaiting the release of Royal Brackla. 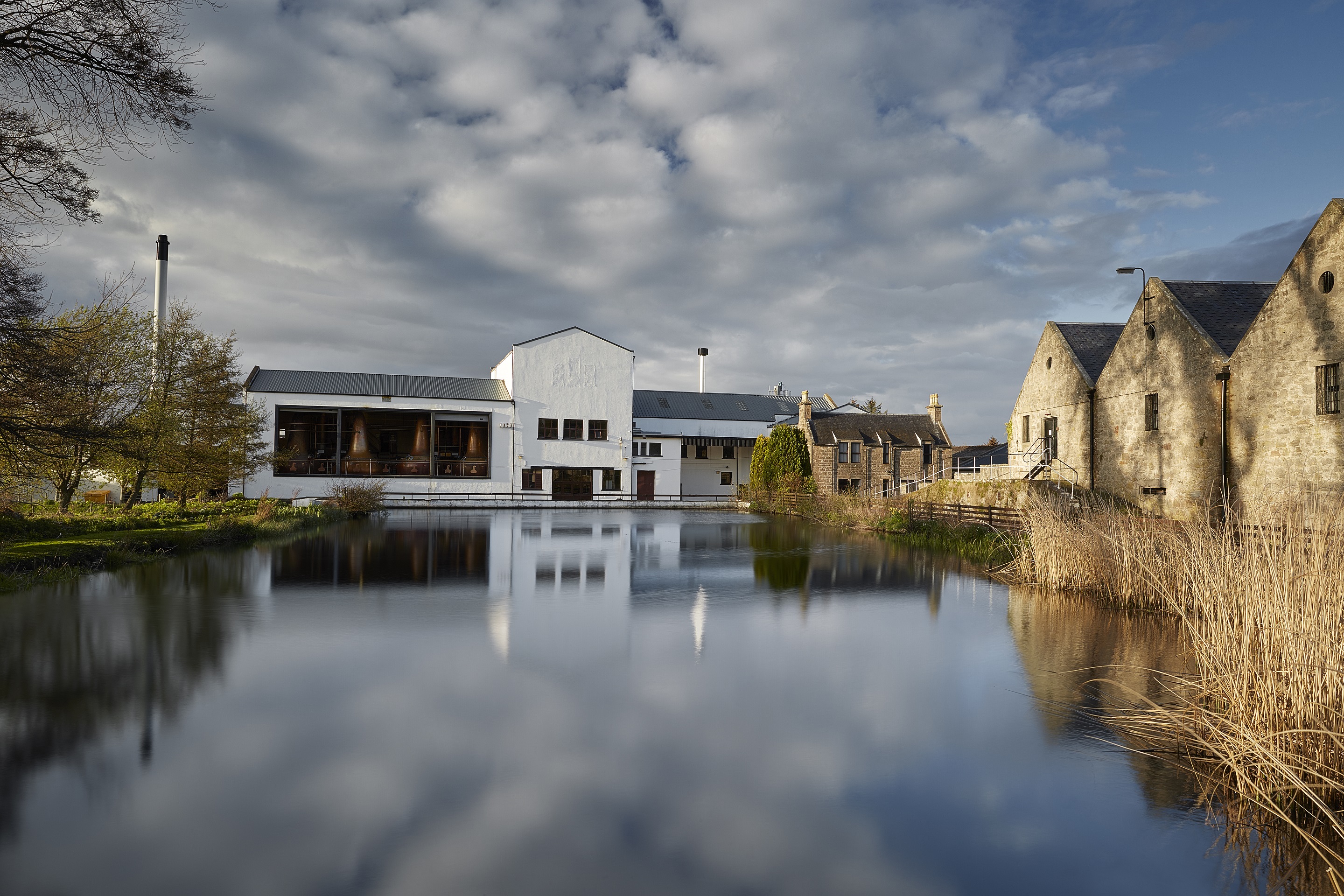 Standing on the fertile farmland of the Cawdor Estate, Royal Brackla Distillery was established in 1812 by the fiery Captain William Fraser who returned to the family farm after military service and took advantage of the fine barley it grew. Within 25 years his distillery’s reputation for spirit of sterling taste received its crowning moment when King William IV bestowed ‘Royal’ status to Brackla, in 1835. It thus became the first ever Scotch to garner a royal warrant, a revelation that led to its nickname: ‘The King’s Own Whisky’.

Traditional production techniques help to protect a distilling heritage that spans more than two centuries and preserves the unparalleled quality of a rather special spirit. To allow for the development of intriguing complexity and fruitiness, extra time is taken at the fermentation stage, which acts for up to 80 hours; far longer than most Scottish distilleries.

Due to tall stills that run at a slow pace, the spirit has a long contact time with the copper, imparting delicate and lightly perfumed notes of grass and green foliage alongside inviting fruity aromas. Royal Brackla is finished in premium first-fill sherry casks, enriching it with notes of muscovado sweetness and dates, alongside opulent walnuts.

On the nose: are welcoming sweet notes of pineapple, followed by roasted oats, barley and toffee apple. These are closely followed by notes of a zesty nature as well as butterscotch, cinnamon and aniseed. There is a lovely floral, herbaceous note wafting around in there, alongside apricots, raisins and a light waxy note. On the palate: there is a lovely initial taste of Creme Brûlée, followed by toffee, pineapple and those toasted oats. That butterscotch note is ever-present, alongside flavours of vanilla, nutmeg, a hint of almonds and a welcome salty note, which is nicely finished with the slightest meaty note. The finish: is medium, zesty, with lingering toffee and light spices.

The verdict: The Royal Brackla 16yo, is a delightful dram but it does require a bit of time to get there. As mentioned above, I tasted Royal Brackla way back in March and like I said – I was impressed. However, this 16-year-old expression is not quite what I expected and is a lot lighter on the palate than I anticipated but I was still pleasantly surprised. Bottled at 40% ABV, I do think this has taken away some of the body I’ve experienced from Royal Brackla. In my honest opinion, this 16-year-old really doesn’t require any water but just time to breathe to so you can fully enjoy the notes on offer.