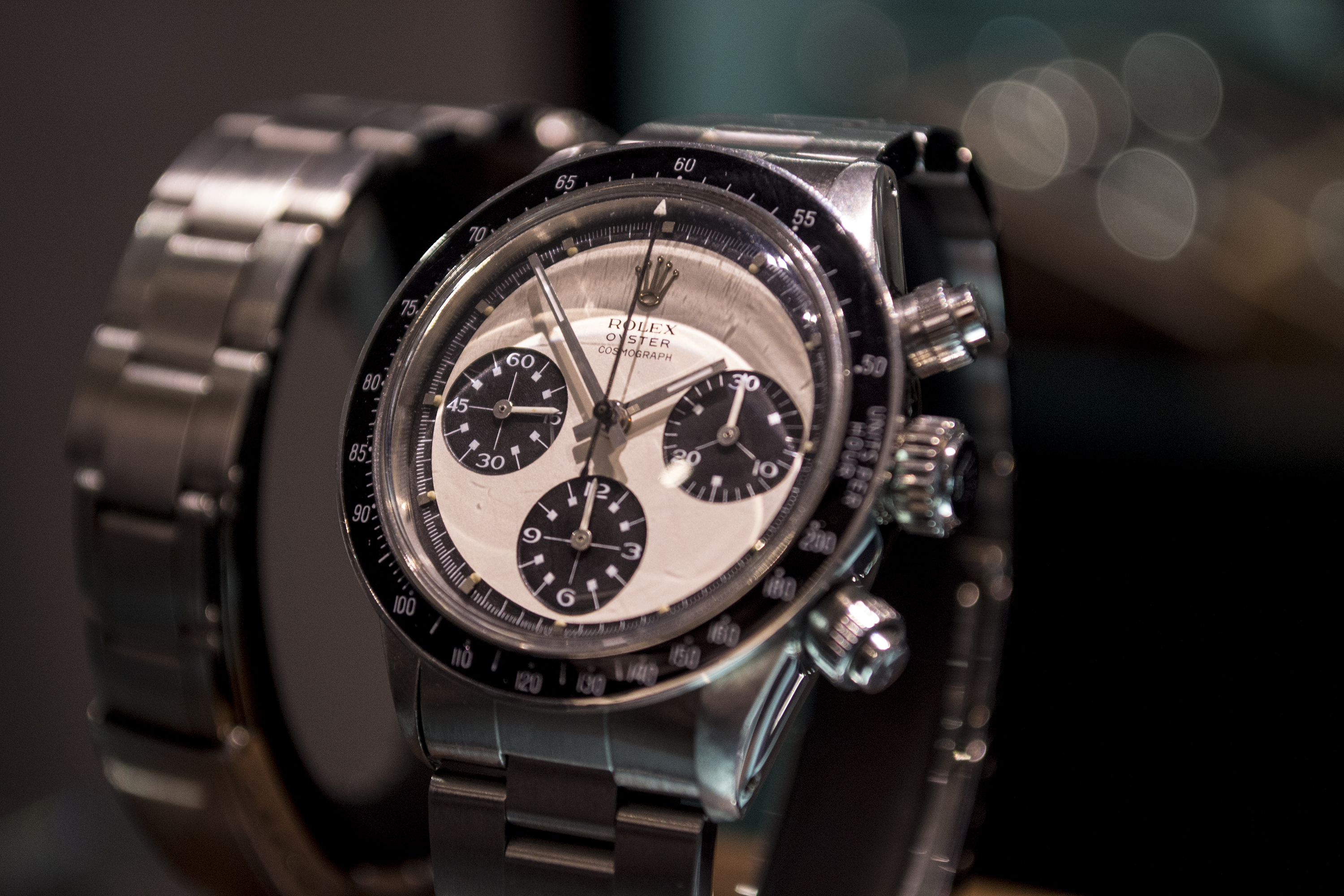 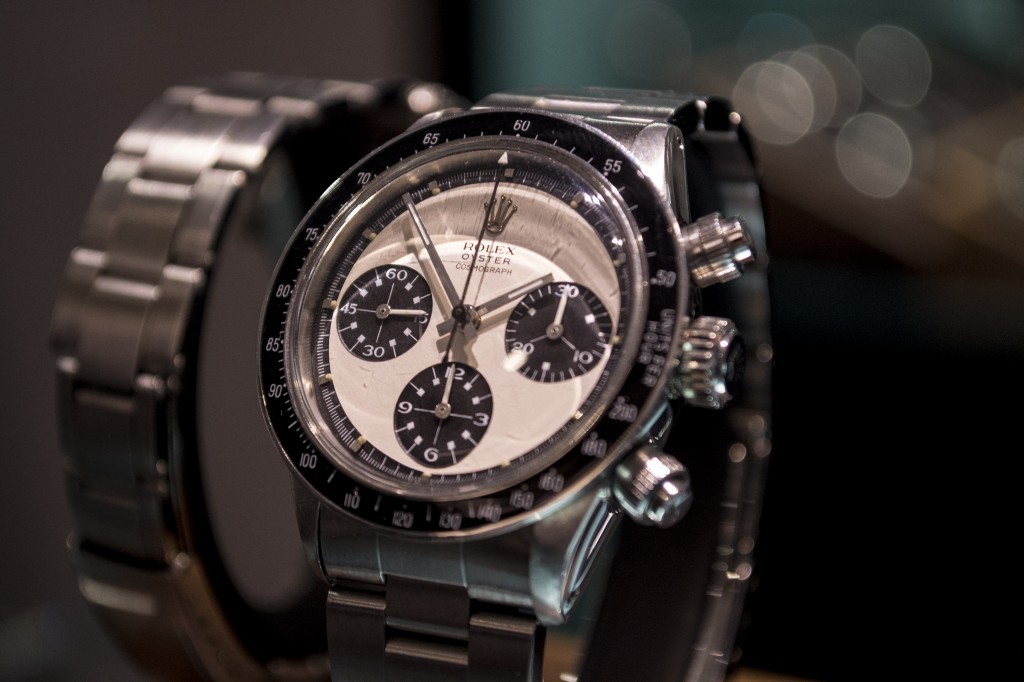 Rolex “Paul Newman” Daytona Cosmograph Ref 6240 – On Tuesday I decided to pay the guys over at WF&Co. a visit, partly due to it being watch week, to see what was new in the offerings and to witness one of their Rolex technicians completely dismantle a Rolex GMT (Cool).

Once the main attraction was over, I simply had to pose the question of where was the rare Daytona that was promised…? Low and behold I was pulled into the shop and shown this rare beauty you see in the picture above. Unfortunately, no physical handling of this precious timepiece was allowed and for good reason too. I wouldn’t want to be responsible for damaging a £100K Rolex! However, I was allowed to take a shot or two (badly, I might add).

This particular model of the Rolex Cosmograph was initially called “exotic” because of its dial. In the 1980’s, the “Paul Newman” became singled out, due to the square indexes marking the hour, minute and seconds divisions on the main and subsidiary dials. The alias comes from the fact that Paul Newman wore a similar type of watch in the film “Carrera Mexicana” (which I now feel compelled to watch).White squares are found on the steel-cased watches and black squares on the gold dial model. The “Paul Newman” is much rarer than the standard Cosmograph dials and consequently is much sought after by collectors, hence the price tag.

These Rolex “Paul Newman” Cosmographs are quite hard to come by, so if you have the patience and the fat wallet for one of these rare timepieces, go forth!

This beautiful timepiece is now on display for Watch Week at WF&Co. in The Royal Exchange (Bank Stn), until the end of this week.