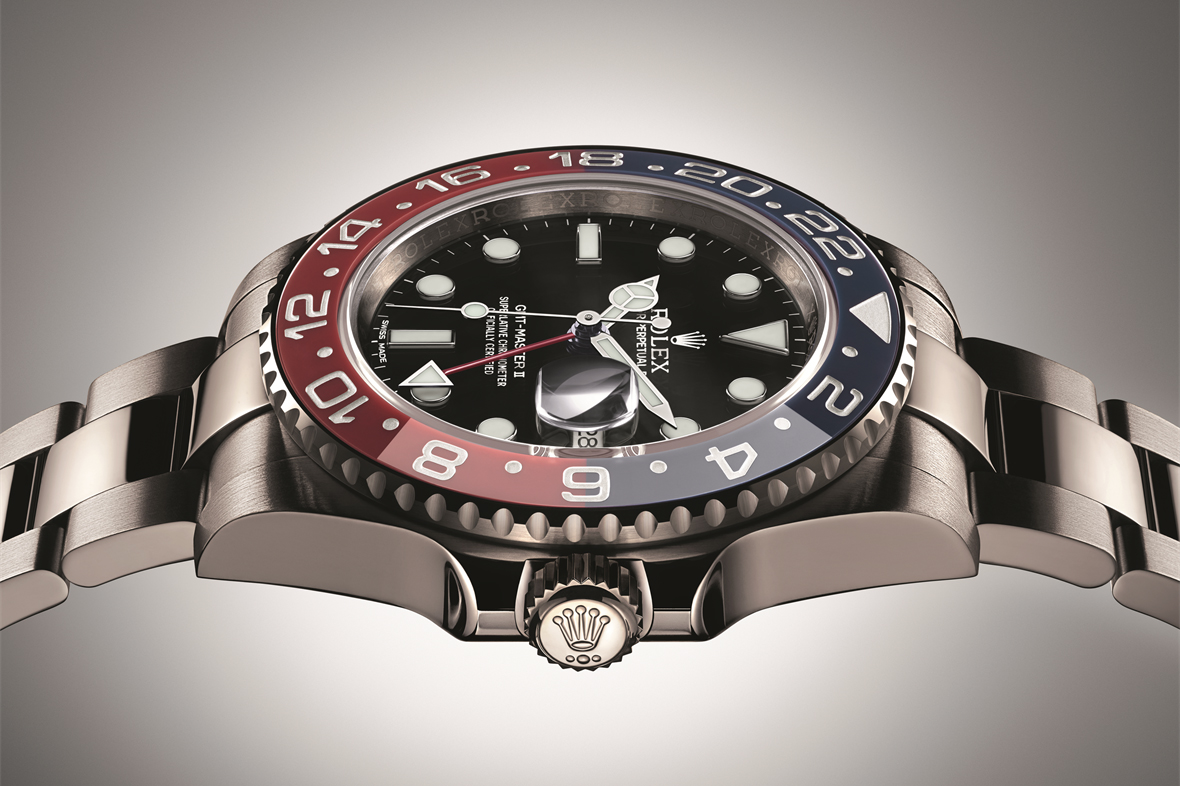 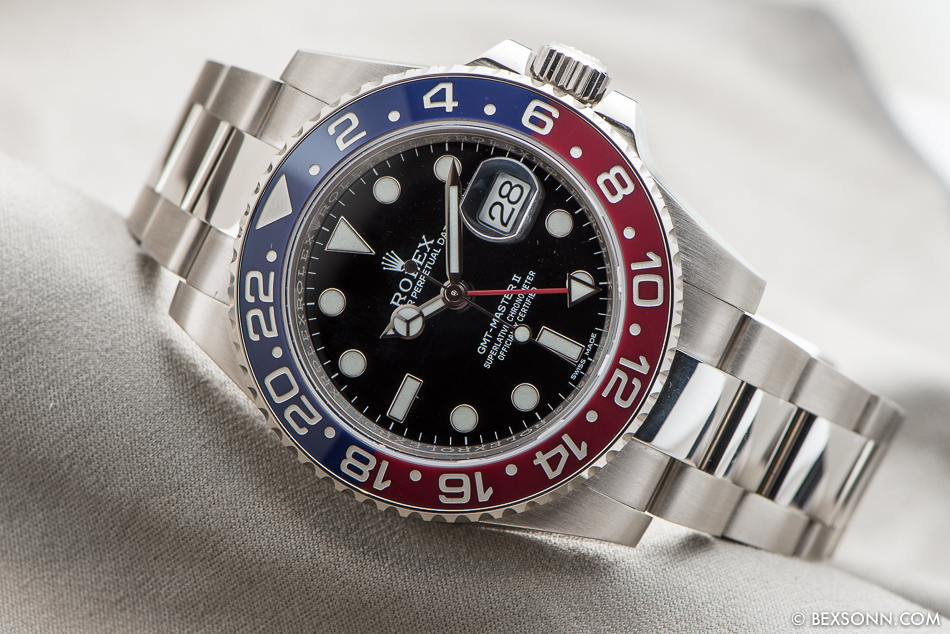 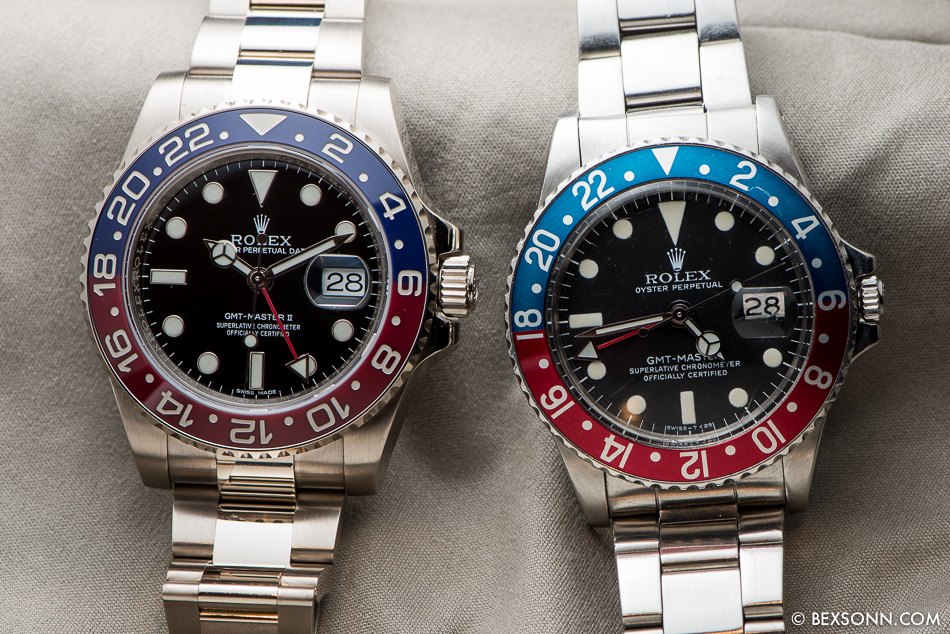 Over the past year I’ve develop somewhat of a soft spot for the Pepsi GMT-Master and this wasn’t helped any further when my friend Robert-Jan of Fratellowatches let me don his 1977 1675 Pepsi GMT-Master the day of our Rolex meeting. Now, the Pepsi GMT-Master is a longstanding favourite of Rolex lovers and collectors alike. First introduced in the mid-1950’s for PAN AM transatlantic pilots, with a distinctive blue and red 24 hour bezel (ref. 6542) sporting the “nicknamed” Pepsi Bakelite bezel (fingers crossed we shall hopefully be able to get our hands on this iconic wristwatch this year to share with you). Throughout the years it went through a few cosmetic changes but by and large it remained unchanged. When Rolex introduced the Cerachrom bezel’s this put a stop to the two-toned bezels but only for a few years. In 2011 Rolex introduced the first two-toned GMT-Master II, reference 116710BLNR (Bleu Noir), this instantly got people speculating about the return of the Pepsi. Low and behold the reference 116719BLRO (Bleu Rouge). 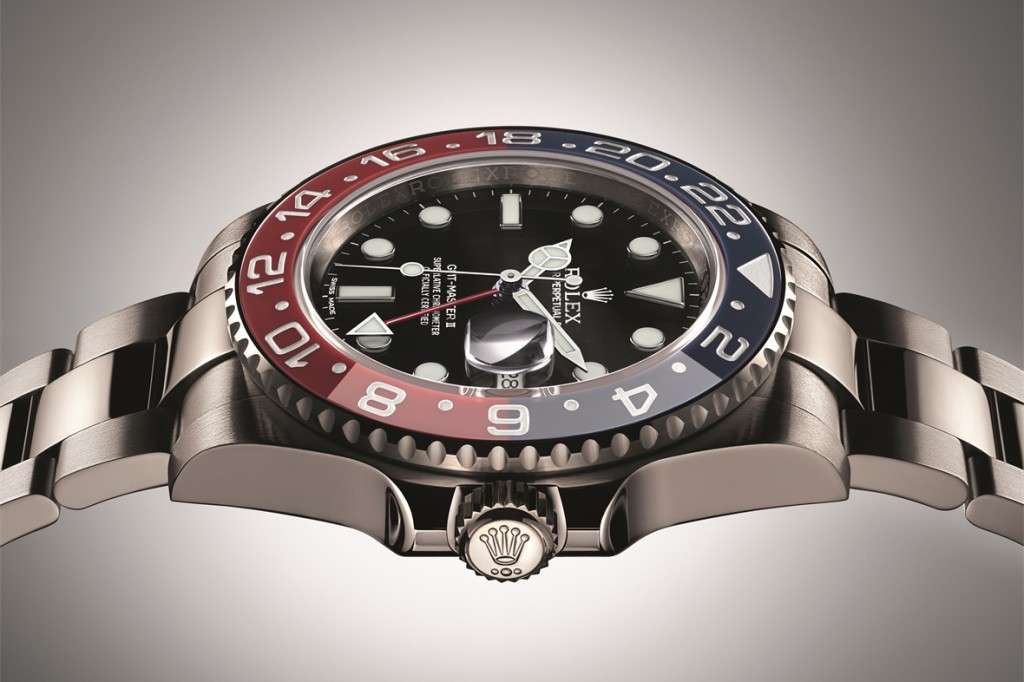 The GMT-Master II 116719BLRO, just like its predecessors has a 40mm case but as ever with its now thicker lugs and crown guards appears larger on the wrist. But it is still very wearable at 40mm, however due to Rolex sculpting the new GMT-Master II out 18 carat gold, this does add quite a bit of heft to it.

Inside the new GMT-Master II “Pepsi”, Rolex have used the in-house developed and manufactured 3186 calibre movement. This movement allows the wearer to easily set 24 hour hand to a second time zone, as it is independent from the normal hour hand. This isn’t a new feature and has always been possible in the GMT-Master II’s but for those who are unaware; this was never possible in the GMT-Master and required the wearer to rotate the bezel to indicate a second time zone.

Probably the most exciting aspect of this new GMT-Master II  “Pepsi” in 18 carat white gold, is the bezel. The red and blue Cerachrom insert for the bi-directional bezel goes through a rather interesting process. Rolex have patented, manufactured and developed a process for creating said bezel. Now, you may have thought that making a “Pepsi” bezel is just a case of fusing red and blue Cerachrom together, right? No. You see, Cerachrom as brilliant as it is for maintaining its colour over the years has some inherent brittleness. Therefore just taking two different coloured pieces and fusing them together would make the Cerachrom bezel weaker. So what Rolex had to do is  to come up with a way of  making the Cerachrom bezel out of one solid piece. Rolex does this by creating a red ceramic bezel inlay, which is an achievement in itself as it is very difficult to create a stable red mineral pigment. Half of the insert is then impregnated with a chemical compound to change the red to blue. Each grain of the bezel is changed using this technique but the colour transformation from red to blue only takes place when the bezel is baked to harden it. The 24 hour scale is then engraved in the ceramic and then coated with platinum via a PVD process. 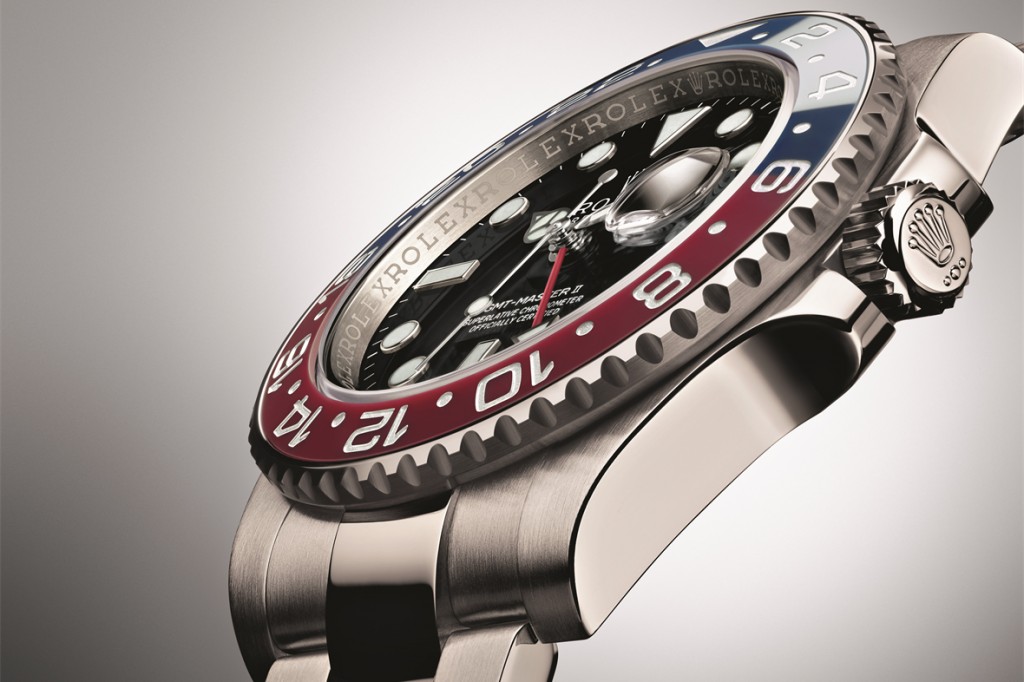 The only thing with the new GMT-Master II Pepsi compared to that of Robert-Jan’s 1977 GMT-Master ref. 1675 that I was wearing that day, is the Pepsi colours are a bit, well, not quite what they seem in our opinion? The blue in the new Pepsi bezel in Cerachrom has a bit of a purple glare and although this doesn’t take anything away from the “Pepsi” look, it is quite different from the aluminium bezel inlay in the pre-11671X models. The 116710BLNR that was introduced in 2013 has, in our opinion, a better tone of blue. This is more than likely due to the above process described being done in reverse by modifying half of the blue Cerachrom bezel to black.

That said, I know many Rolex fans may have been slightly upset knowing that the new “Pepsi” GMT-Master II will only be made in 18 carat white gold, which I actually think isn’t too much of a bad thing. You just can’t recreate a classic icon and in all honesty Rolex never, ever try to.

The new Rolex GMT-Master II Ref. 116719BLRO has a list price of approximately €31,500 including VAT. More information is available on the official Rolex website. 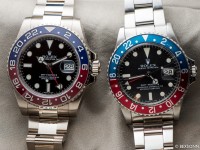 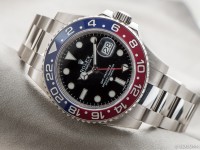 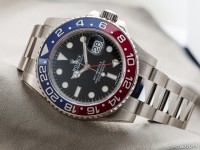 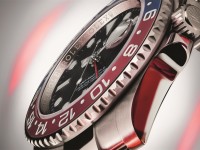 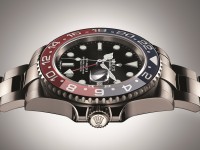 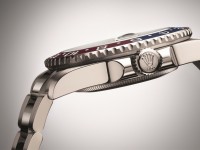 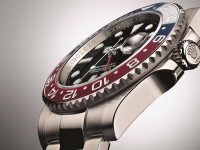