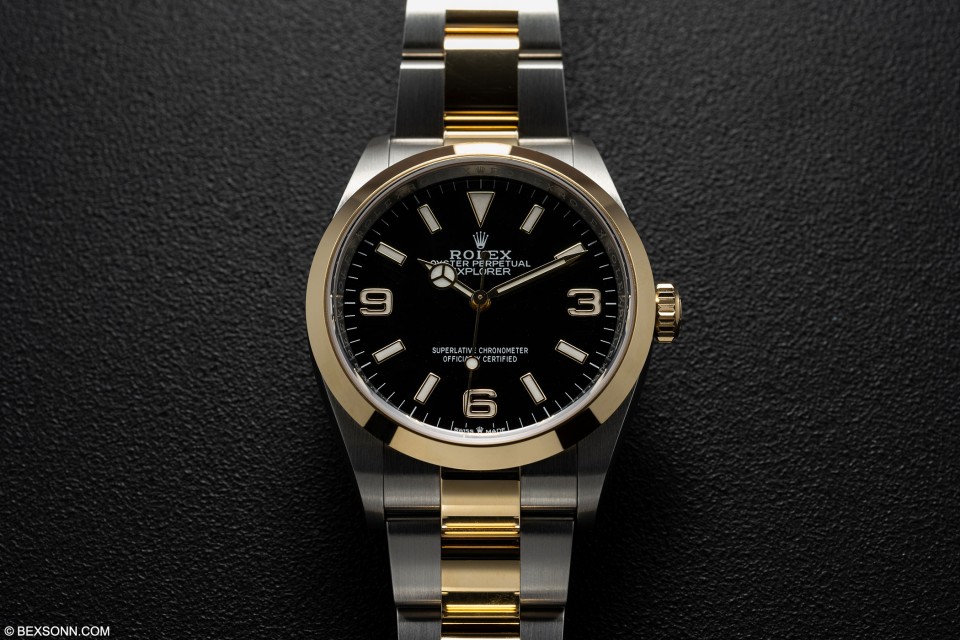 Earlier this year we had a look at the new 36mm steel Explorer, and we were somewhat impressed but not overly so. That said, what we didn’t mention was this wasn’t the only new 36mm Explorer released this year. As you know, Rolex always like to improve upon what has come before and if I’m honest, the latest upgrade to the Explorer was perhaps needed. However, a piece that caught everyone by surprise was the introduction of the Yellow Rolesor 36mm Explorer – the Rolex version of steel and gold. The Explorer has been around since the 1950’s and for the greater part of 3 decades, remained unchanged – until now.

Rolex is one of the biggest brands in the world, if not the biggest and their constant involvement in exploration and numerous projects to put their wristwatches to the test, are too often forgotten. Like many of the watches that they’ve designed over the past decades, including those that have come and gone, Rolex emphasis has always been on reliability, quality and value and no other watch makes this statement more poignant than the Explorer and its link to the summit of Mt. Everest. 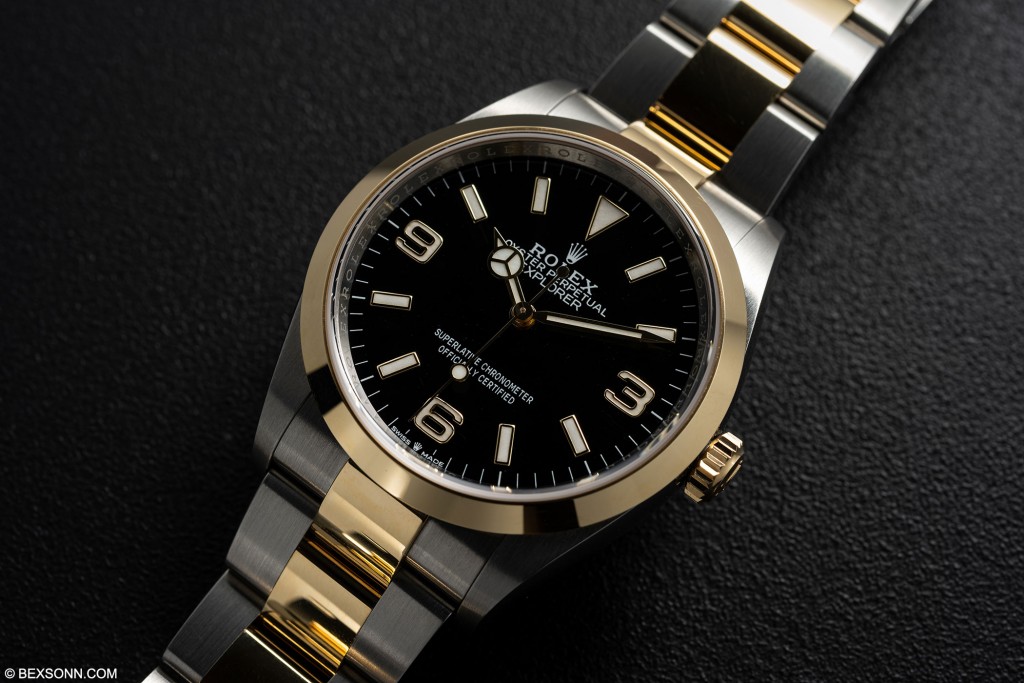 This 2021 Rolex Explorer doesn’t look too dissimilar to its 36mm predecessor released in the early noughties. To the naked-eye there doesn’t appear to be much in the way of changes to its exterior, it still maintains the same black lacquer dial, with that familiar 3,6 and 9 numerals and Mercedes-style hands. Almost everything appears to be the same, though quite obviously, accents of steel and gold are present throughout. 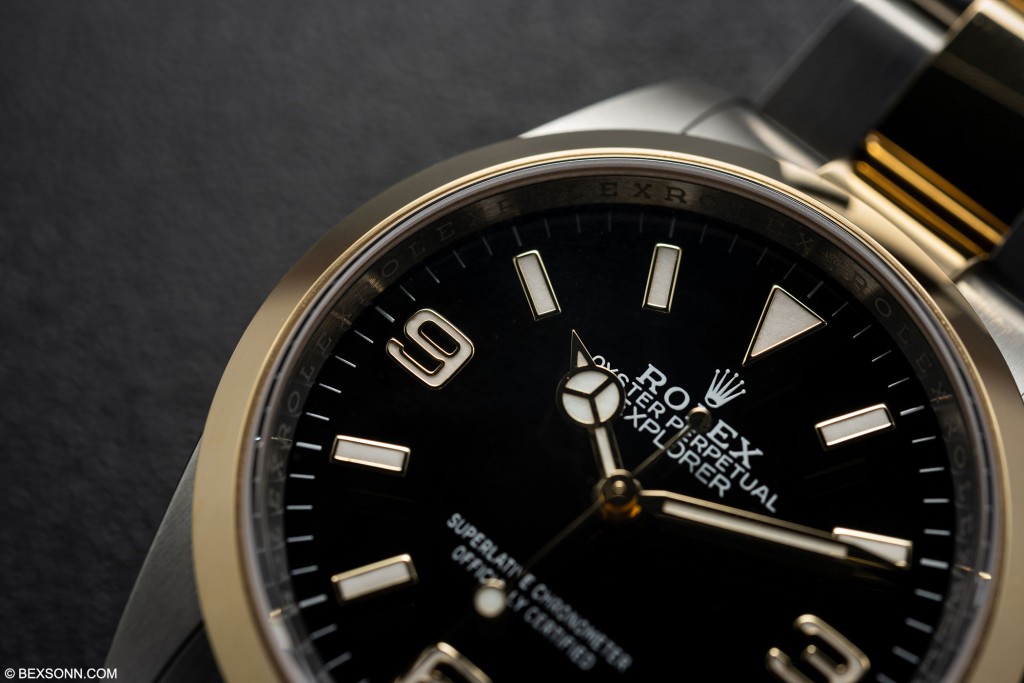 As mentioned, the case has gone back to its original 36mm in size and the Oyster case of the new- generation Explorer is guaranteed waterproof to a depth of 100 metres (330 feet). Its middle case is crafted from a solid block of Oystersteel, a particularly corrosion-resistant alloy. While the bezel and crown have been forged from 18-carat yellow-gold. With the Explorer not being a professional diving instrument, it features Rolex Twinlock winding crown, fitted with a double waterproofness system which naturally screws down securely against the case. 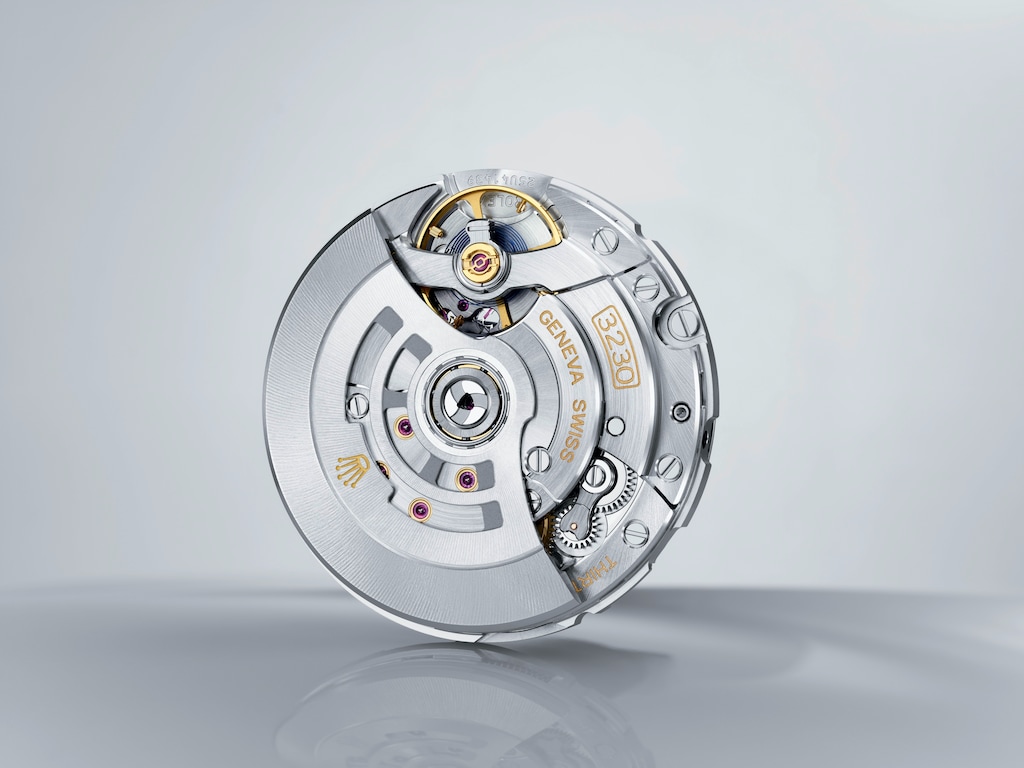 This new Explorer is equipped with the in-house self-winding calibre 3230 and like all of Rolex movements, is chronometer certified and boast a power reserve of 70 hours. The calibre 3230 makes use of a blue Parachrom hairspring patented and manufactured by Rolex in an exclusive alloy, as well as a Chronergy escapement, which offers greater resistance to magnetic fields, inherently making it more accurate. As you may be aware by now, all current Rolex movements are COSC certified but Rolex themselves carry out further testing with the movements cased and simulate daily wear, with even stricter tolerances, making sure deviation is no more than +/- 2 seconds per day. 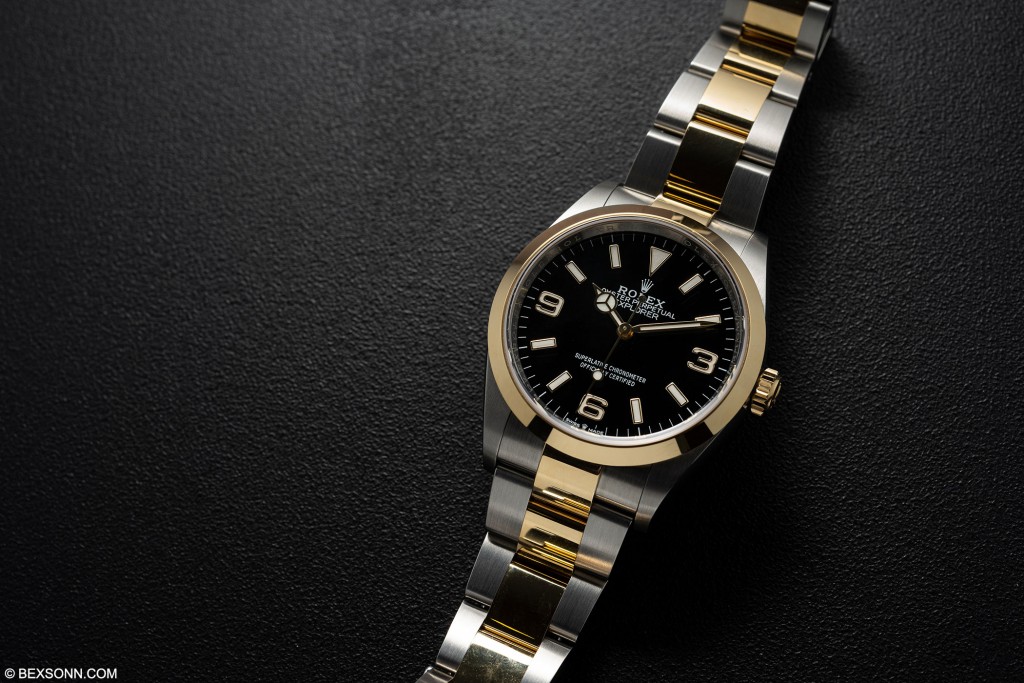 Keeping all this 36mm Explorer goodness fixed to your wrist is an Oyster bracelet made from steel with a central yellow-gold band. It is also equipped with a Rolex-designed and patented Oysterlock folding safety clasp, which prevents accidental opening. It also features Rolex Easylink comfort extension link, developed by the brand, which allows the wearer to easily adjust the bracelet length by approximately 5 mm. 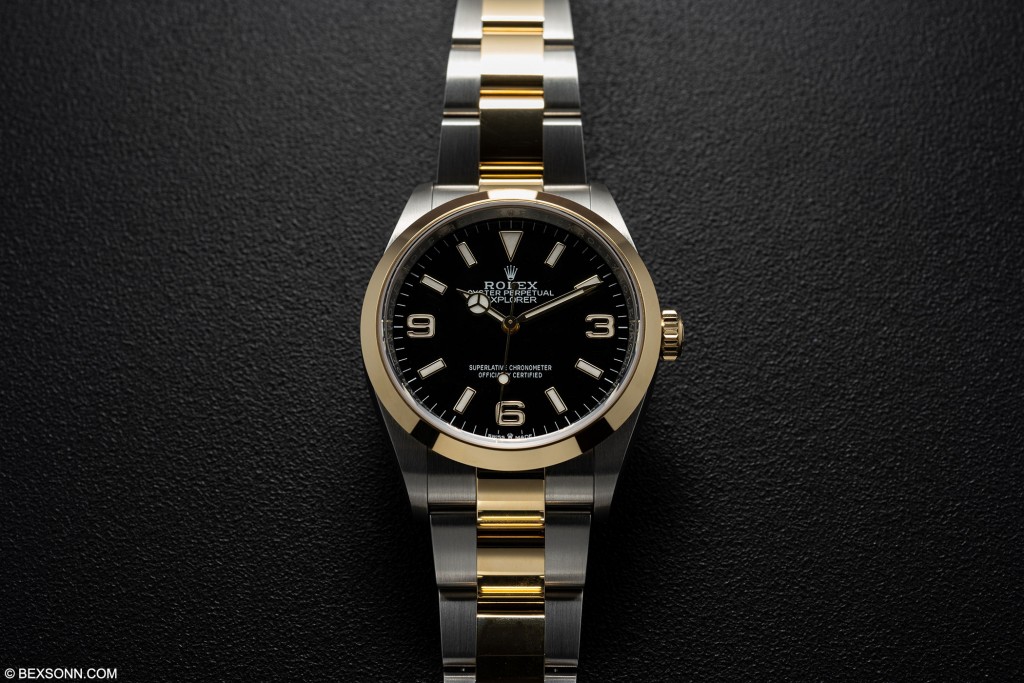 As mentioned, this new 36mm steel and gold Rolex Explorer kind of caught everyone by surprise this year when it was announced at the earlier part of 2021. That said, I think when you consider what Rolex have done in the past this new Explorer was kind of inevitable, steel and gold watches are part of the Rolex DNA. Rolex have been making steel and gold iterations of their sports watches for well over half a century and I guess we shouldn’t have been so surprised that the Explorer has now joined the party.

The new Yellow Rolesor 36mm Oystersteel Explorer, will retail for £8,700. For more information on the new Explorer, visit rolex.com.