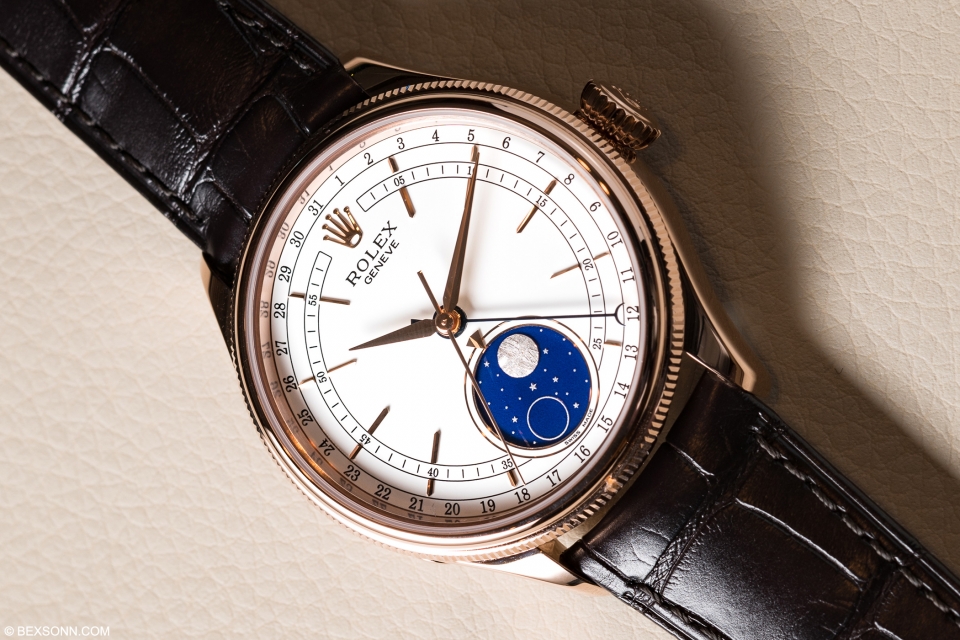 It has been some time since a moon phase last graced any Rolex wristwatch, however, this year during our Baselworld 2017 meeting with Rolex, they showed us this Cellini with moon phase. The Cellini model first made a re-introduction to the Rolex line-up in this form back in 2014 and since then has seen only a few minor tweaks. That said, with the introduction of a Rolex that sports a moon phase – something that fans have waited for since the 1950s – have Rolex appeased aficionados alike? 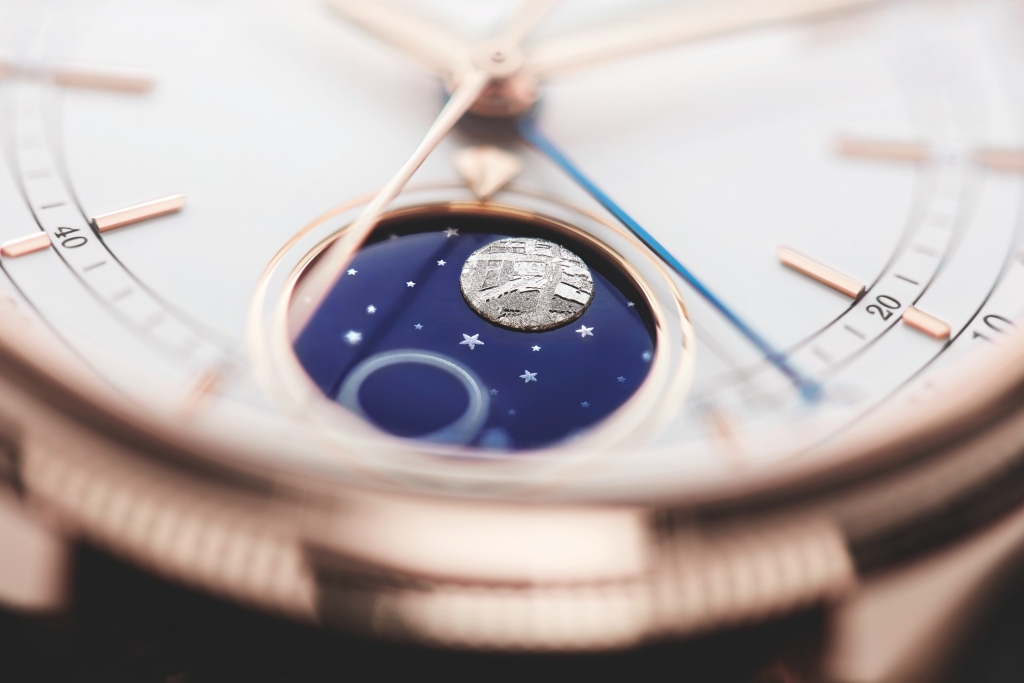 This new moon phase model that Rolex have added to the Cellini collection, features by virtue of its name, a lunar cycle. But of course, Rolex being Rolex, they haven’t just plonked a moon phase on a Cellini but have created a patented moon phase module that is astronomically accurate for 122 years. In many ways, this new Cellini is perhaps a far removed descendant of the infamous and sought-after reference 6062 and 8171.

If I can be quite candid, the Cellini model since its re-introduction in 2014 has more or less gone under the radar and to be honest this isn’t a huge surprise. The Oyster model collection somewhat obscures the Cellini collection. Even if the more general consumer were thinking of buying something a little dressier, I am pretty sure the Cellini collection is the last thing they’d look at. However, this new moon phase Cellini might just be the non-Rolex Rolex that one could be looking for. 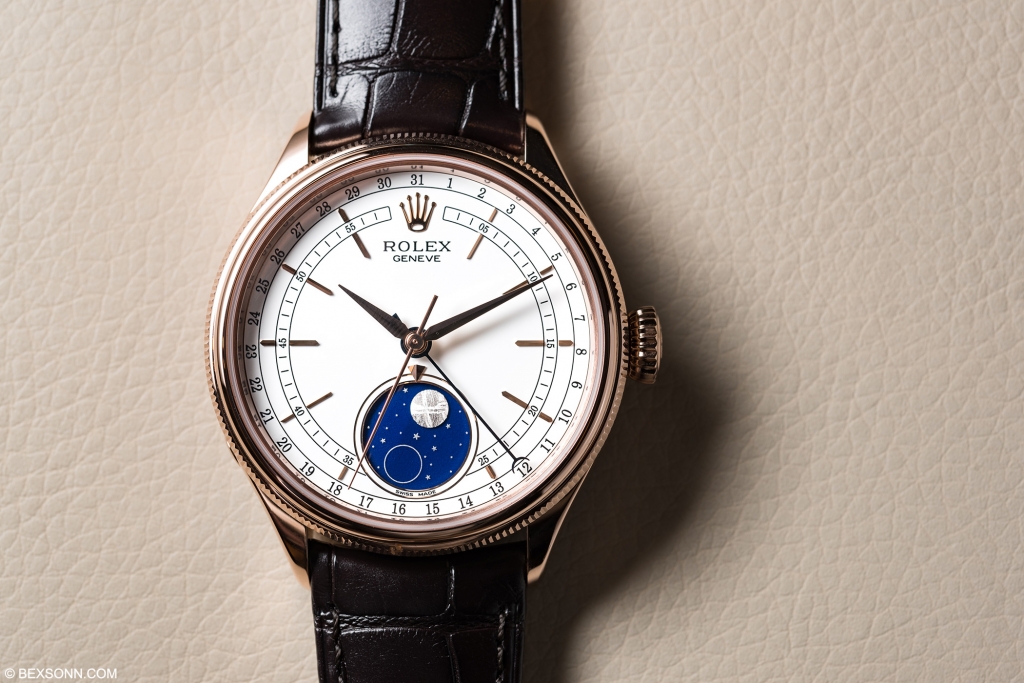 Housed in a 39mm Everose gold case, it features a white lacquer dial with a blue enamelled disc at 6 o’clock showing the full moon and the new moon, the former depicted by a meteorite applique and the latter by a silver ring. Rolex have lavishly spared no expense dressing up the dial of the Cellini Moonphase. The moon phase is read via the indicator set at 12 o’clock on the sub dial, as the full moon and new moon rotate through the lunar cycle. It also displays the date around the circumference of the dial, via a centre hand with a crescent moon at its tip. Both these complications are adjusted, much like those gems of yesteryear (6062 and 8171), via a pusher placed on the side of the case at 8 o’clock.

The Cellini Moonphase is driven by the self-winding mechanical movement calibre 3195, which is entirely manufactured in-house by Rolex. As mentioned, its cycles are said to be correct for the next 122 years and then will only need one day’s worth of correcting. 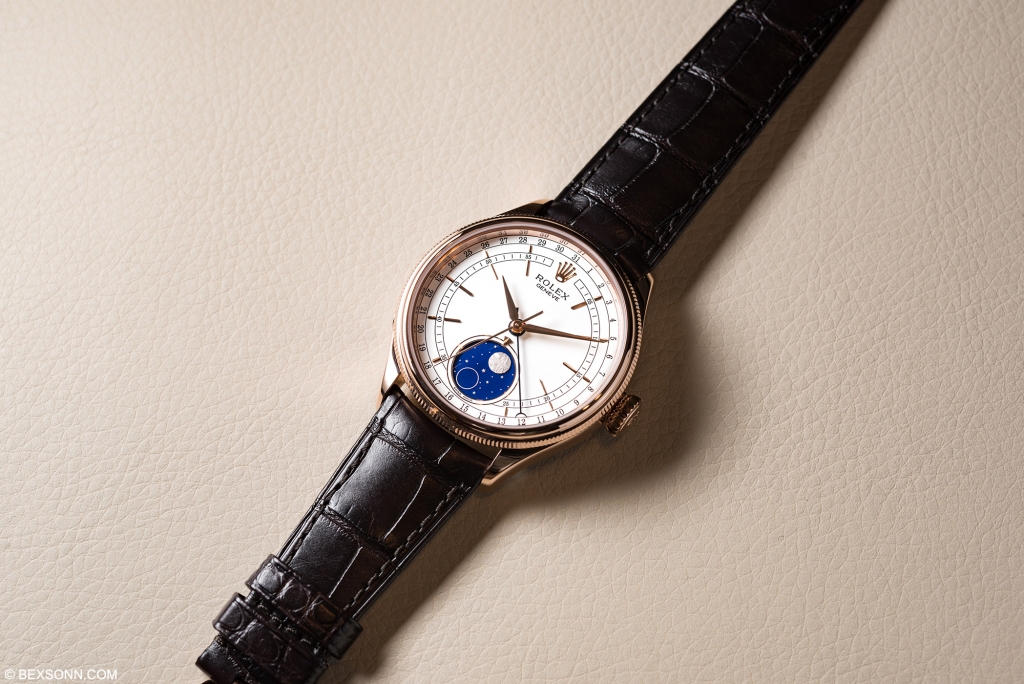 Personally, I think this new Celllini Moonphase is a great introduction to the collection, and one especially for Rolex. The fact they’ve re-introduced the moon phase to any Rolex timepiece they are currently offering is a welcome surprise to say the least. Could we see this complication in an Oyster case in years to come just like that of the 6062? Who knows. But for now, it is a start and one which will surely heighten the appeal of a Cellini. Judging by the past, in decades to come, collectors may look back on this piece in the same way we look at the Padellone.

The new Rolex Cellini Moonphase will be exclusively available in Everose and is priced at £19,500 including VAT. More information is available on the official Rolex website.