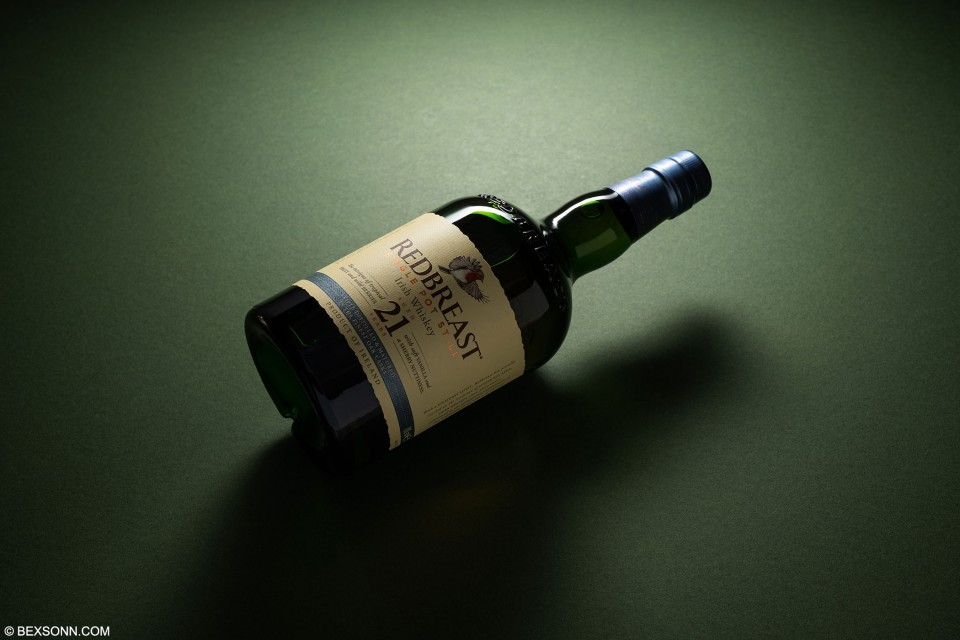 Redbreast is one of the most decorated Irish whiskeys, Redbreast is the largest selling Single Pot Still Irish Whiskey in the world. Regarded as the definitive expression of traditional Single Pot Still whiskey, the genesis of Redbreast dates back to 1903 when John Jameson & Son entered into an agreement with the Gilbeys Wines & Spirits Import Company to supply them with new make spirit from their Bow St. Distillery. The custom of that era was that distillers sold bulk whiskey to ‘bonders’ who, being in the business of importing fortified wines such as sherry and port, had ample supplies of empty casks in which to mature new make whiskeys under bond. The 21-year-old expression is made from a mash of malted and unmalted barley and then triple distilled in copper pot stills, Redbreast 21 is comprised exclusively of Pot Still whiskeys matured in the finest oak casks for no less than 21 years. A careful balance of first fill and refill casks accentuates the assorted spices within Redbreast’s characteristic full and complex flavour.

On the nose: you’ll be greeted by notes of ripe fruits, sherry, apples, vanilla, toffee, sherry, some tropical notes and lemon bonbons. These initial notes are closely followed by spicy notes of cinnamon, white pepper and star anise, as well as hazelnuts, all butter shortbread and toasted barley. Completing the nose are notes of butterscotch, a floral note and a hint of strawberry jam. On the palate: those notes of ripe fruits and sherry are ever-present, followed by notes of vanilla, marmalade, toffee, brown sugar and that tropical note. Notes of mixed spices and cinnamon start to appear, alongside notes of chocolate and pandan leaf. Rounding-off the palate are notes of toasted barley, shortbread, a meaty notes with a creamy texture. The finish: long, sweet and creamy, with lingering notes of subtle spices and lemon zest.

The verdict: This isn’t the first time I’ve tried Redbreast but this is the first time we’ve sampled their 21yo expression. It’s a well-rounded whiskey with plenty of depth in flavour that is nicely balanced. With an ABV of 46%, in my opinion, you don’t really need to add any water. However, if you require water then only add a small amount but to experience the plethora of notes on offer, I’d suggest leaving the dram to breathe for approximately 5 – 10 minutes before indulging.

Redbreast 21 Year Old Single Pot Still Irish Whiskey can be found at any well-stocked whisky shop or online for approximately £200, which I might add is great value for money! For more information on this 21-year-old expression, visit the official Redbreast website.