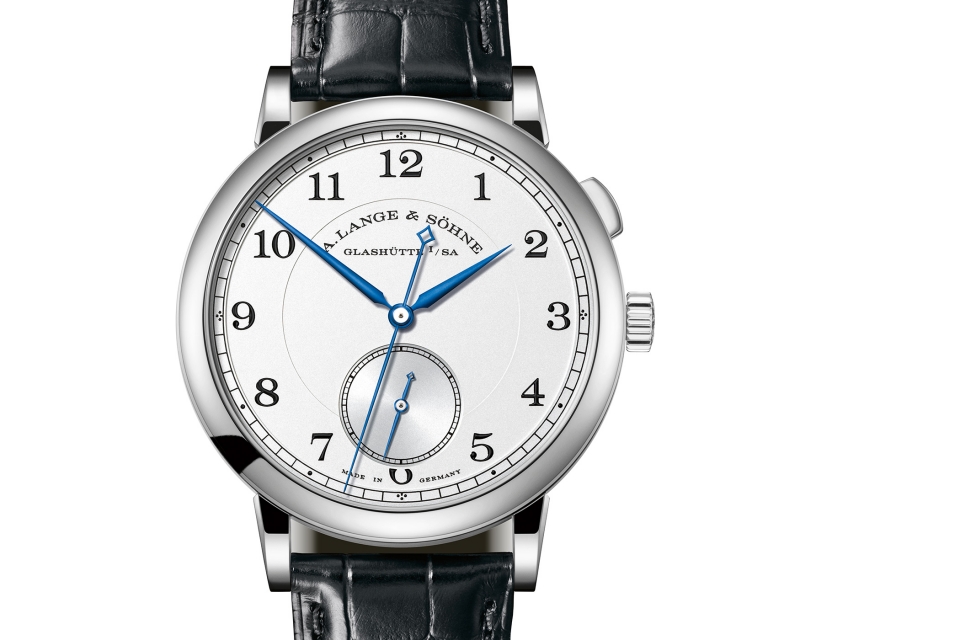 You may remember, at the beginning of 2017 Lange introduced some exquisite pieces during SIHH. However, a slight shadow was cast as news broke that founder, Walter Lange had passed away. So, to honour Walter Lange, the Saxony based watch manufacturer are enriching the 1815 model family with an extraordinary complication: The 1815 “Homage to Walter Lange” has a stoppable jumping seconds hand that dates back to a 150- year-old invention conceived by Ferdinand Adolph Lange. 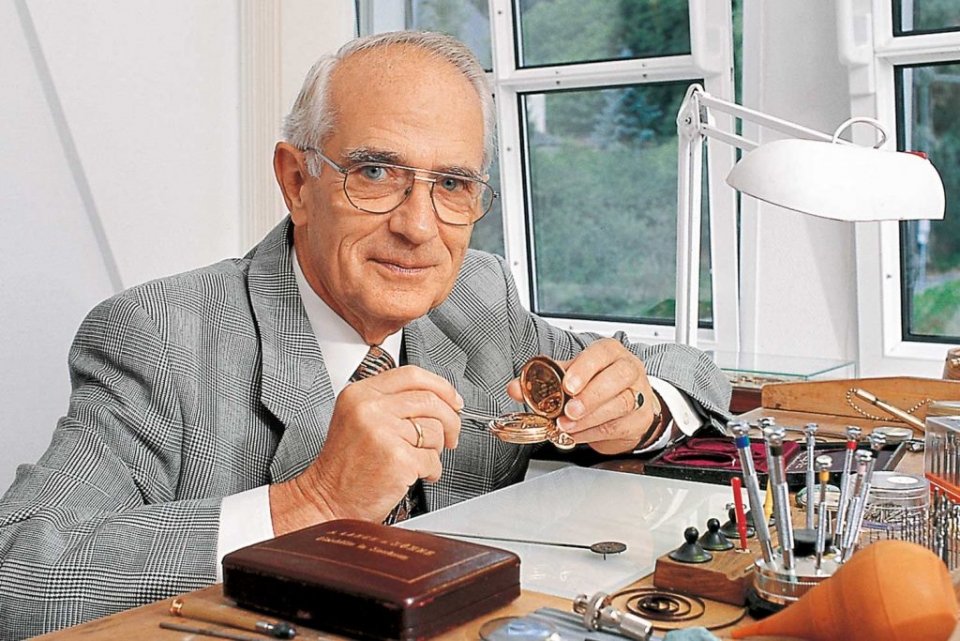 Mechanical watches are largely distinguished by their “sweeping seconds” hands, however, this isn’t necessarily always the case. Depending on the balance frequency, the hand advances from second to second in five to ten steps. In short-time measurements, however, where seconds count in the literal sense, constant progression sometimes makes it difficult to pinpoint the beginning and the end of an event. Conversely, there is a horological complication that allows the exact measurement of the smallest unit of time: the “jumping seconds” a feature nowadays mostly associated with quartz watches but in mechanical watches, this is a complication that is not only difficult but one highly respected too. 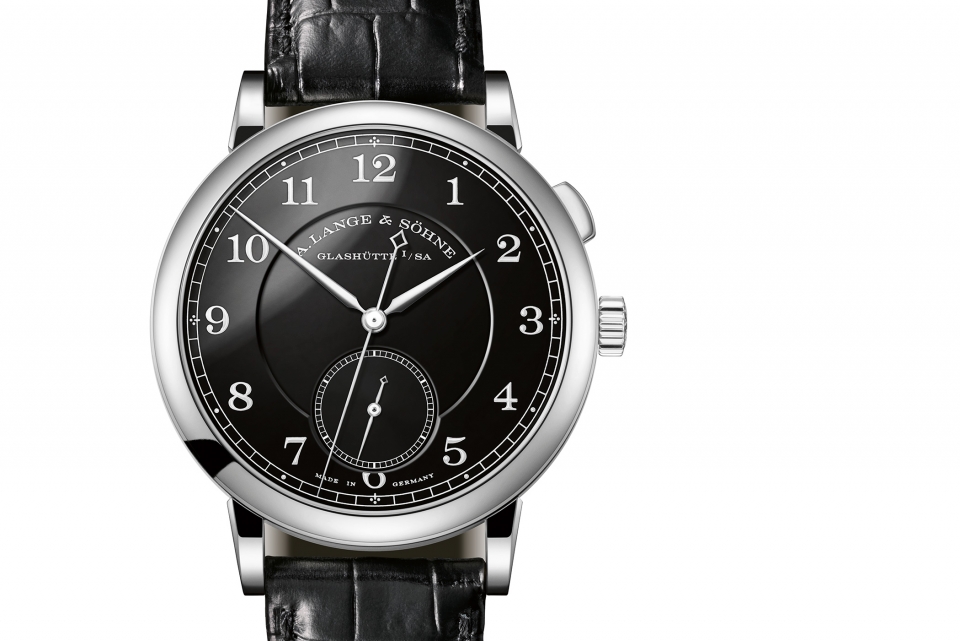 A. Lange & Söhne – 1815 “Homage to Walter Lange” in stainless steel and black dial

The 1815 “Homage to Walter Lange” masters both chronometric disciplines. The small seconds hand in the subsidiary dial at 6 o’clock maps the frequency of 21,600 semi-oscillations per hour by performing six small steps as it advances from marker to marker. However, the blued sweep seconds hand performs precise jumps from second to second. It can be allowed to run continuously or immobilised if needed. A pusher at 2 o’clock starts and stops it. A feature useful for pulse rate measurements for example.

The jumping sweep seconds hand with the start/stop function was especially significant for Walter Lange. This is because it dates back to an 1867 invention of his great-grandfather, Ferdinand Adolph Lange. First implemented in a masterpiece crafted by his grandfather, Emil Lange. One of Germany’s first patents was granted to A. Lange & Söhne in 1877 for the enhanced design of a mechanism mounted on the three-quarter plate, and was referred to as a “one-second movement with a jumping hand”.

An 1815 with jumping seconds is perhaps what Walter Lange would have considered to be the perfect watch. The blued steel hands contrast well against the argenté – coloured dial with the classic railway-track minute scale. The newly developed movement has a special calibre designation: L1924. It refers to Walter Lange’s birth year. Additionally, the first three digits of the reference number, 297, recall his date of birth, 29 July. 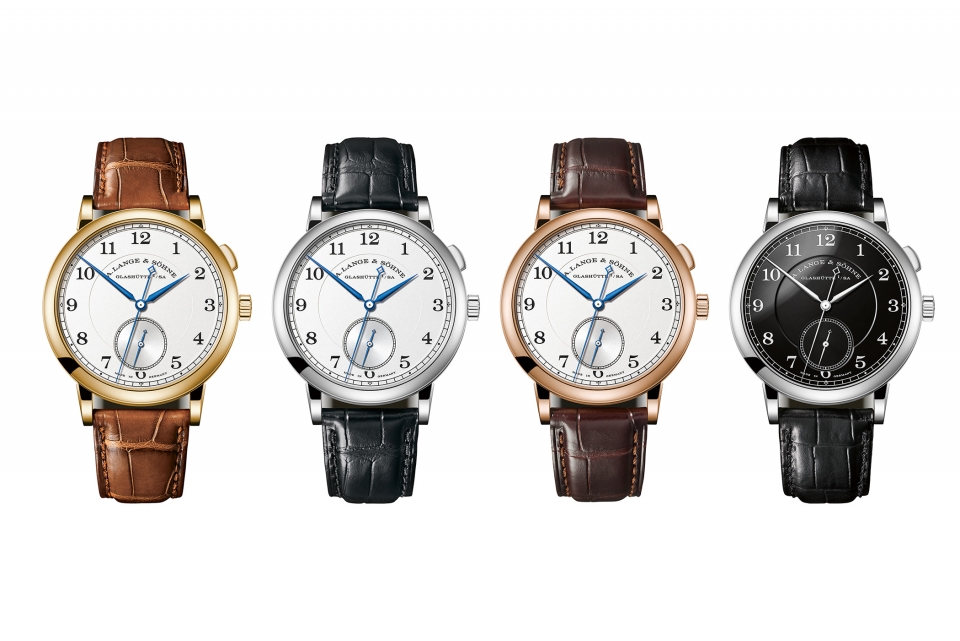 With a case diameter of 40.5 millimetres, the 1815 “Homage to Walter Lange” comes in three editions: 145 watches in white gold, 90 in pink gold and 27 in yellow gold. There will also be a special one-off piece made in stainless steel with black dial (as pictured above). However, this piece will only be available to purchase at an auction. These uncommon numbers are derived from important milestones of the Lange family’s history. From 7 December 1845, when Ferdinand Adolph Lange originally established the company, exactly 145 years elapsed until 7 December 1990, the date on which Walter Lange registered Lange Uhren GmbH. Precisely 27 years will have passed between this date and 7 December 2017, the day on which the new model that pays tribute to Walter Lange is being unveiled. 1815 model line is without doubt one of my personal favourites and this new addition lends something a little different to the range that is still in keeping with the heritage of Lange.