Post Auction: The First Phillips Geneva Watch Auction Results of my Seven Selected Lots and also a couple of Surprise Lots from that night 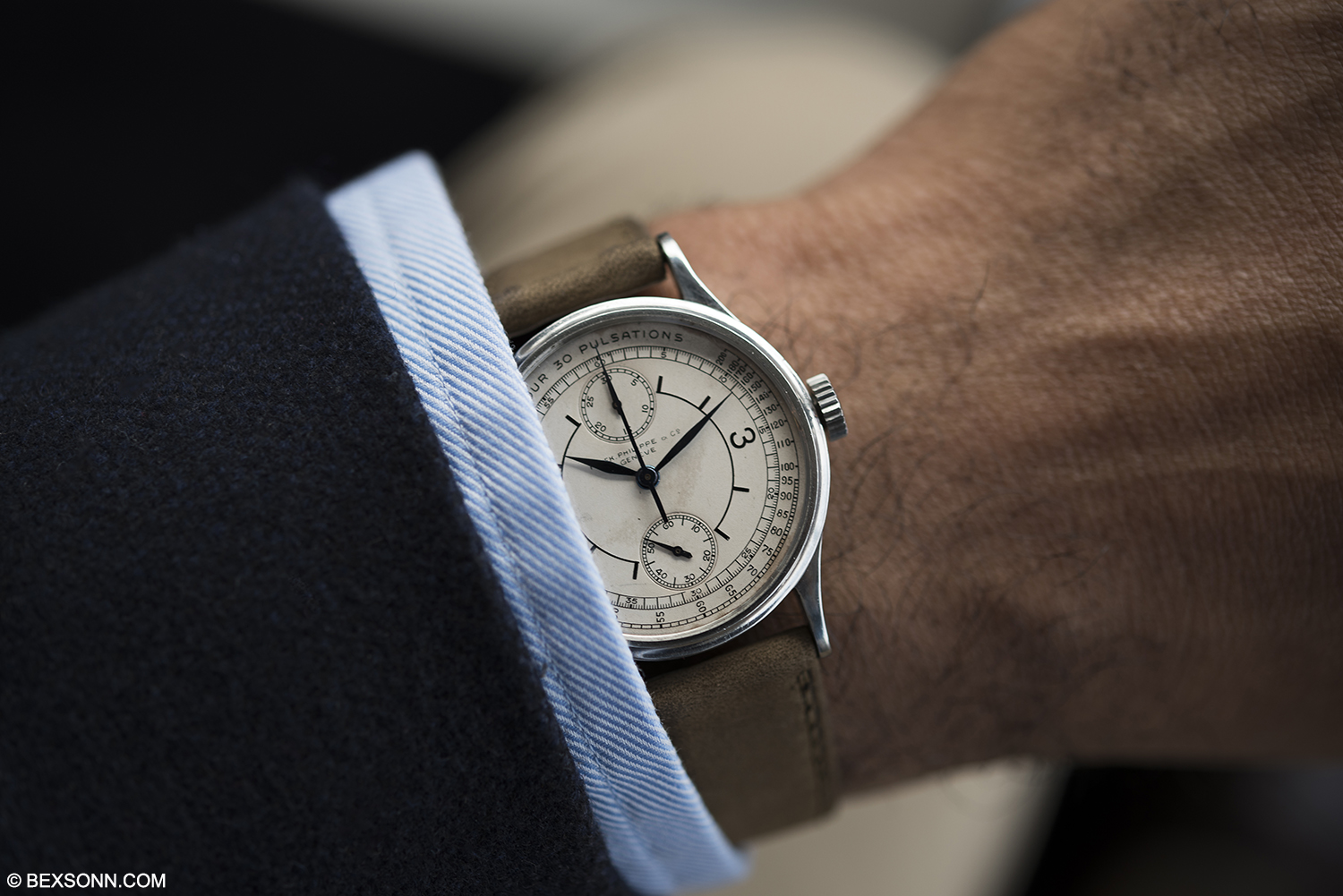 Phillips – The Geneva Watch Auction May (Post Auction): A couple of weeks ago I highlighted my selection from the Phillips Geneva Watch Auction: One. I did mention there were a few big hitters among the pieces I had chosen and of course they didn’t disappoint. On the night, the cool, calm and collected Aurel Bacs was in fine form and brought the hammer down on some new world records, though there were a couple of surprises. 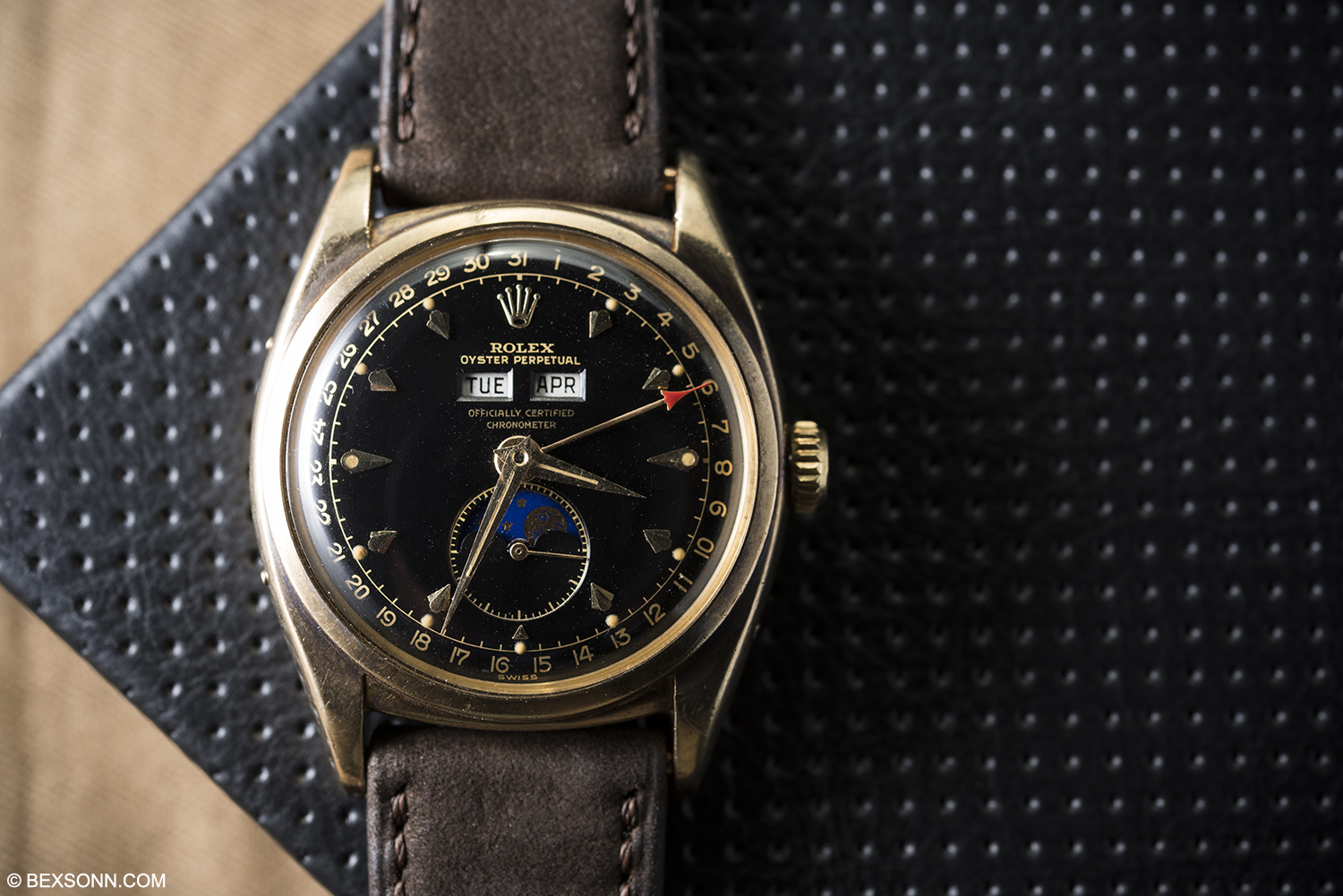 Lot 79: The General Sweeney, Rolex Perpetual Calendar 6062 was a timepiece that was anticipated to have crossed the million-dollar mark. However, before the auction had even taken place it was said that this piece was incorrect. It turns out the dial on this particular example was not the original dial it was sold with and had indeed been swapped out. This watch was originally sold with a silver dial. The lot wasn’t pulled from the auction, however, Aurel Bacs during the auction expressed that a mistake had been made and that it was indeed sold with a silver dial. I must say not many other watch auction houses would’ve admitted this and so for that, kudos to Phillips Watches for stating this. While it didn’t fetch the anticipated amount, it still sold for a tidy sum. 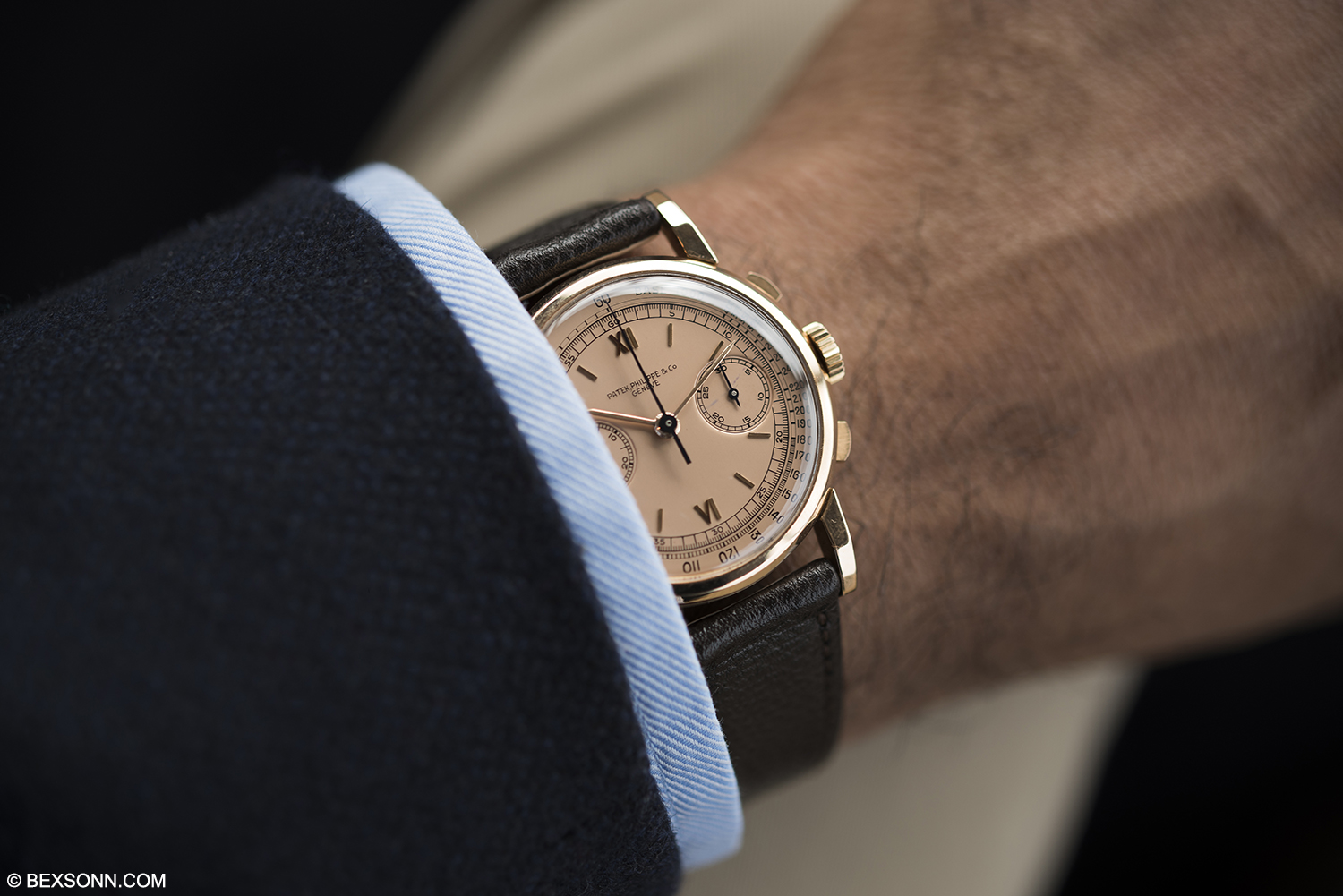 Lot 101: One of my more understated picks did rather well. I previously mentioned just how rare this particular 1506 reference was and just how downright stunning it was. It was mentioned during the live auction that it had indeed been 7 years since one had come to auction. Below you can see what the estimate was and how well it actually did; in part I’m sure this had a lot to do with just how rarely you see pink-gold 1506 and the fact that only three are known to exist. 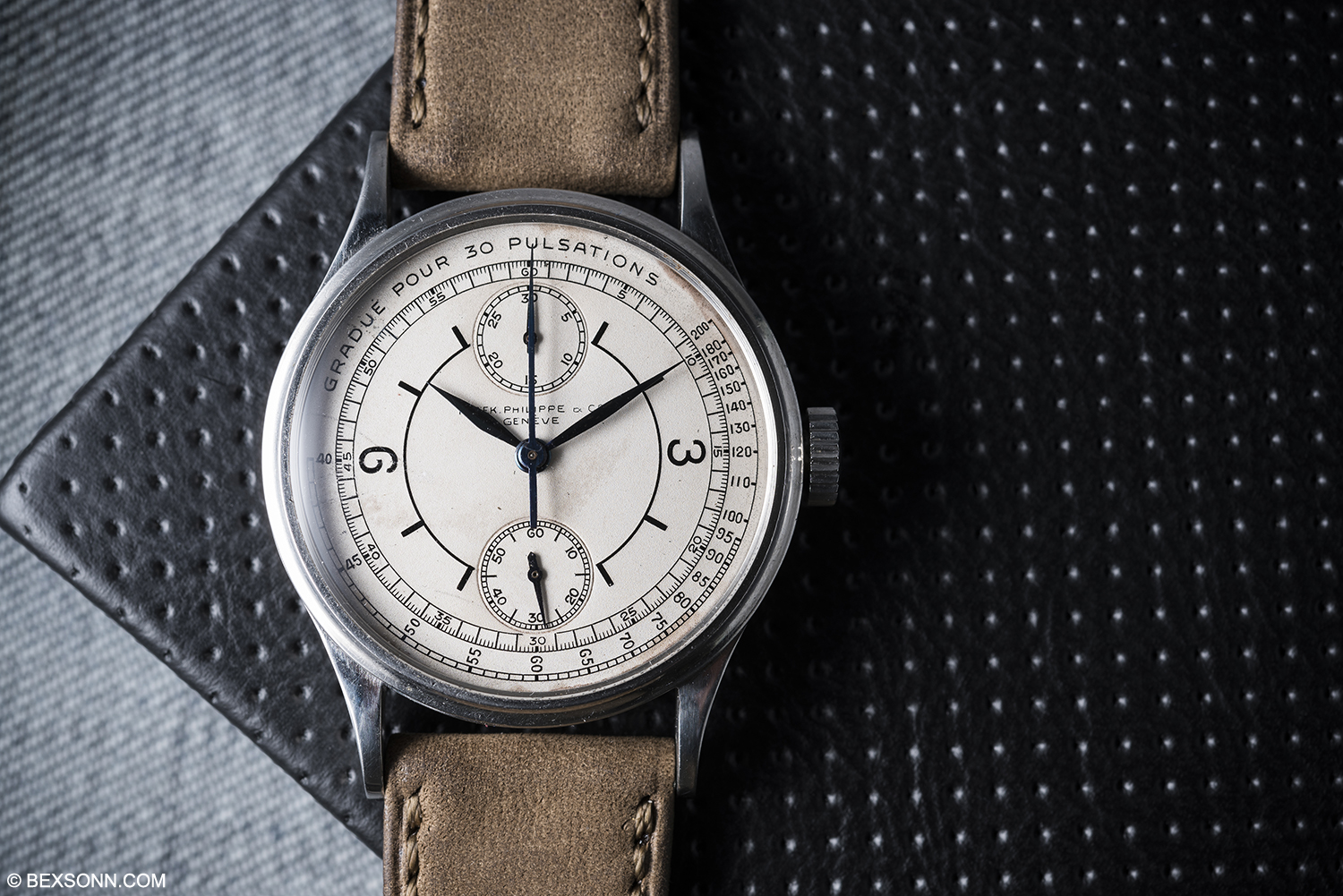 Lot 123: Remember how I mentioned, there were reference 130’s and then there were reference 130’s, well, this super rare Patek Philippe was easily the star of the auction that night. Bidding was rather fast to begin, of course I wouldn’t have expected anything less. But it got to a point where the bidding began to slow and a lot of thought was going into how much the bidders wanted to bid. In the end the bidding was between two people and there was a lot of confirming going on but when the hammer finally came down, a new world record was set for a stainless steel Patek Philippe at auction and it was of course acknowledged with great applause from the room. 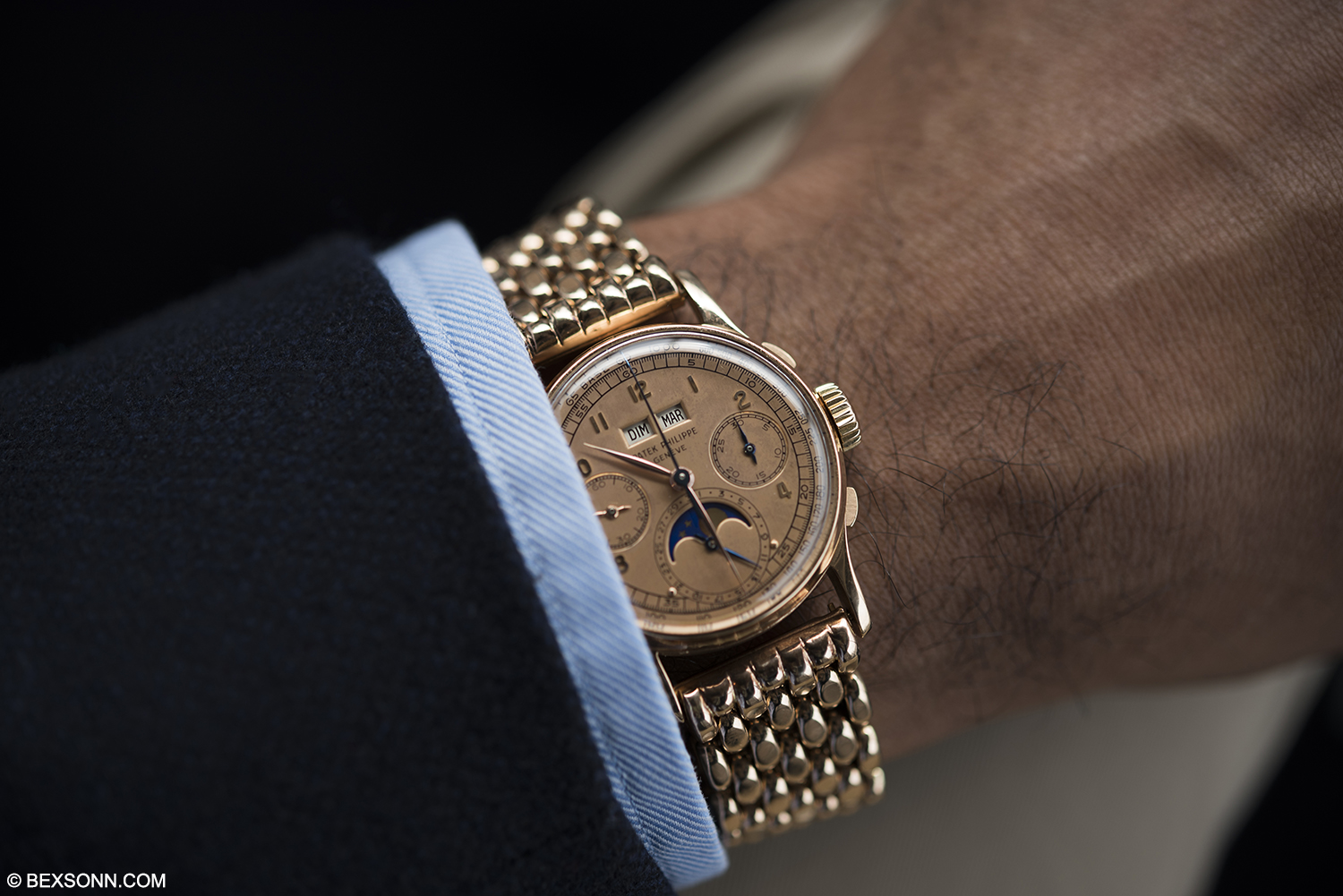 Lot 165: Another piece that had been earmarked to do very well, was this rare pink-gold Patek Philippe ref. 1518. Again like the 1506, it had been a very long time since an example like this one had shown up on the market for auction and I did mention that it was unknown when such a piece may show up again. This of course meant there was a bidding war that took place but eventually it was sold for the handsome sum you see below. 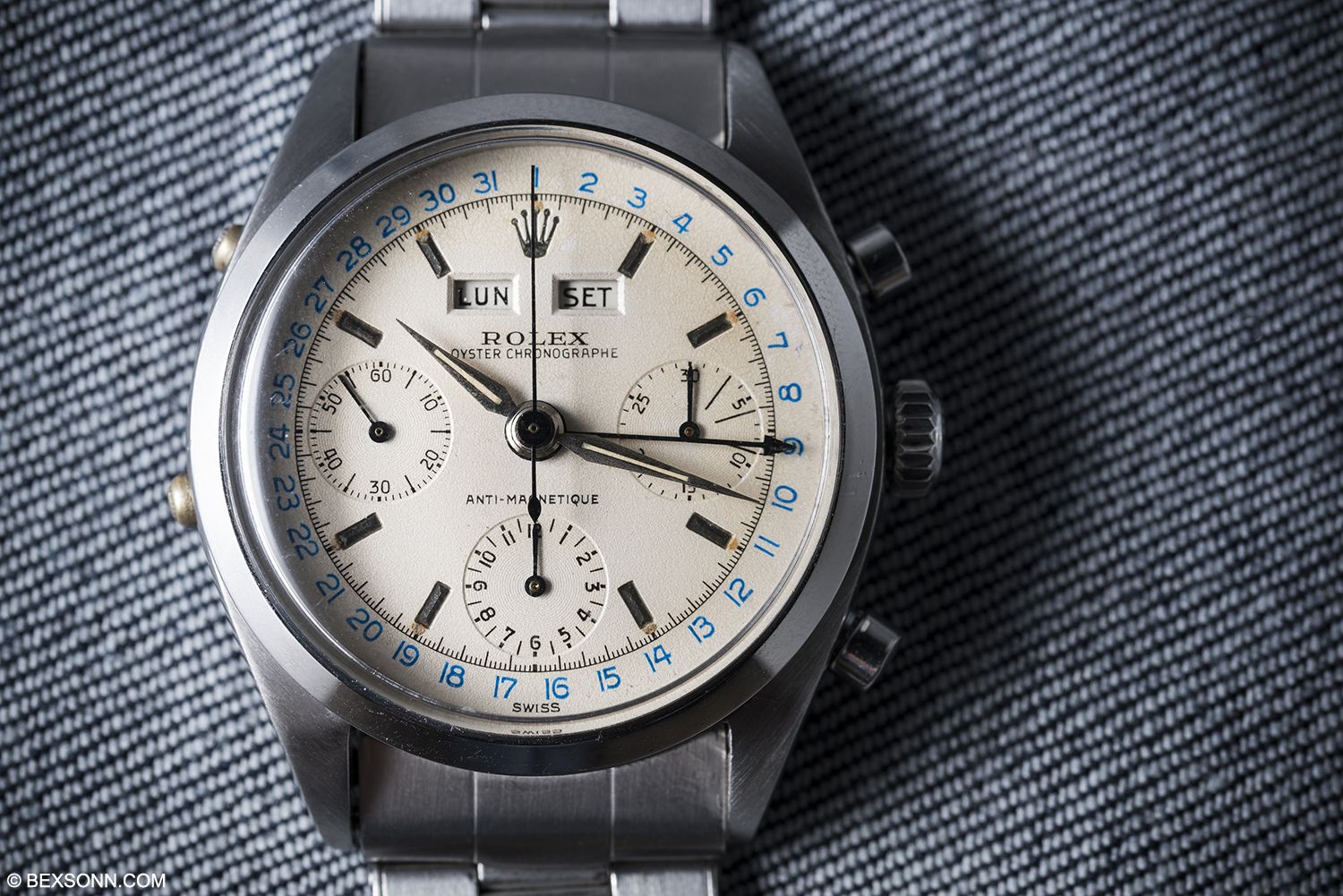 Lot 211: Another personal (and one could probably say emotional) selection was this Rolex Chronograph “Jean-Claude Killy” ref. 6236. While it wasn’t one of the superstars of the auction, this rather rare and unusual Rolex did respectably well and of course set its own personal record seeing as it was the first time it had ever gone under the hammer. There is just something special about the 6236 that I’m sure collectors would love to see again from Rolex, I sure know I would. 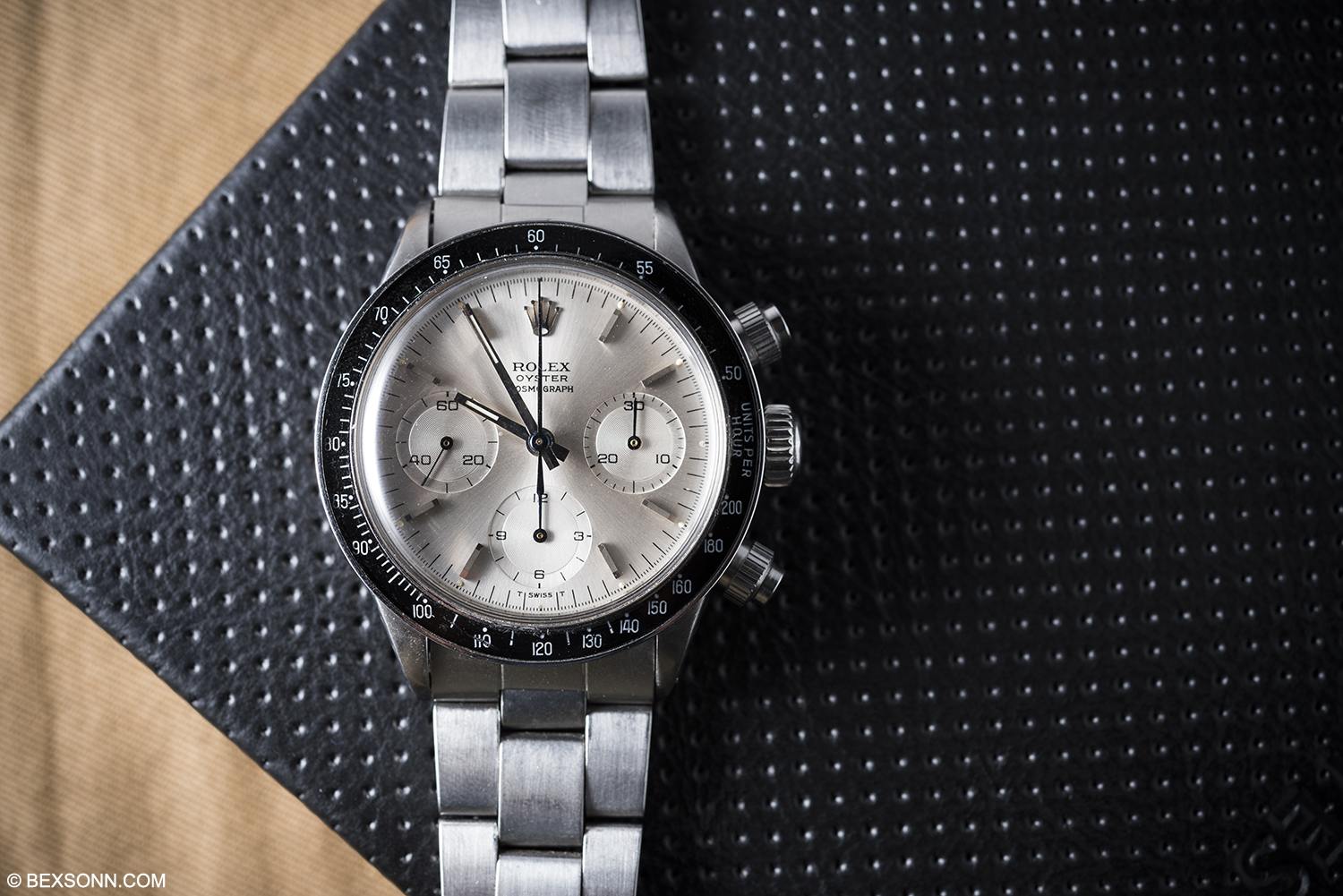 Lot 214: When this lot was announced, it was without doubt that it would do well at this weekend’s Phillips Geneva Auction One. And though I did mention this piece belonged to none other than guitar legend Sir Eric Clapton, I think it is fair to say this had little impact on the sale. You have to remember just how rare these “Albino” Daytonas are and if you watched what happened a couple of years ago at Christies Daytona Lesson One auction, you would’ve seen just how crazy that was and there weren’t even any Albino Daytonas up for auction! 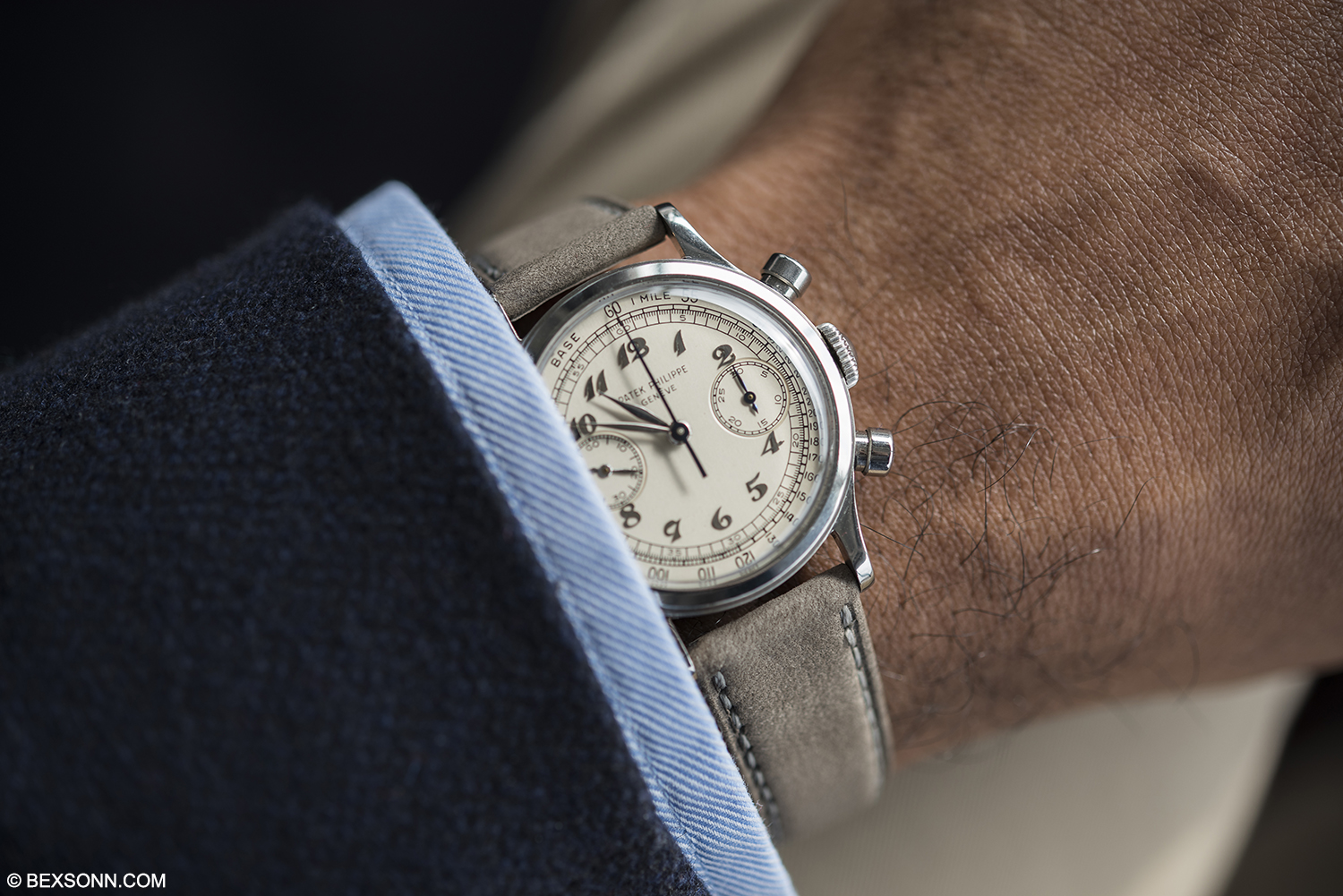 Lot 221: As a lover of vintage, stainless steel Patek Philippe chronographs it was great to see this rather unstated Patek ref. 1463 with Breguet numerals up for auction. While it didn’t shatter records, this humble lot still did pretty well. Congrats to the new owner. 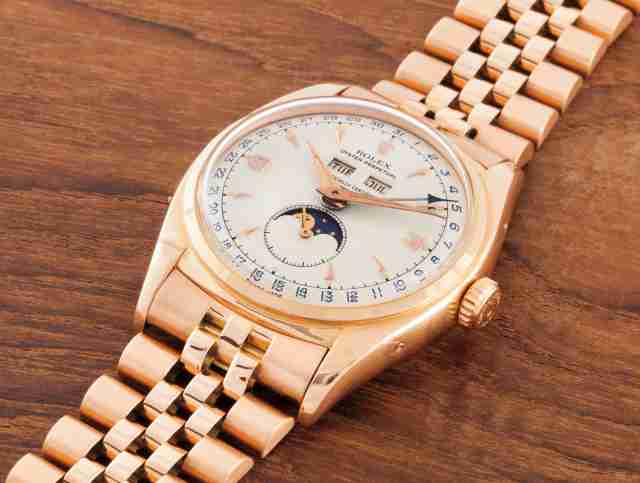 Lot 118: Surprise lot on the night was this Rolex Triple Calendar ref. 6062, why? Well, this ref. 6062 was only made in small quantities in the early 1950s and was only available in stainless steel, yellow gold or pink gold. Over the past years only a small number have ever been offered at public auction.  There are other traits that make this timepiece rare such as the dial which features applied Arabic numerals at 3 and 9 o’clock. But this timepiece has also only ever known two different owners. Looking at the estimate and realised price below you’ll see this watch was a bit of a surprise. However the bidding, like the Patek ref. 130, was slow but persistent and when the hammer finally fell it was greeted with applause. 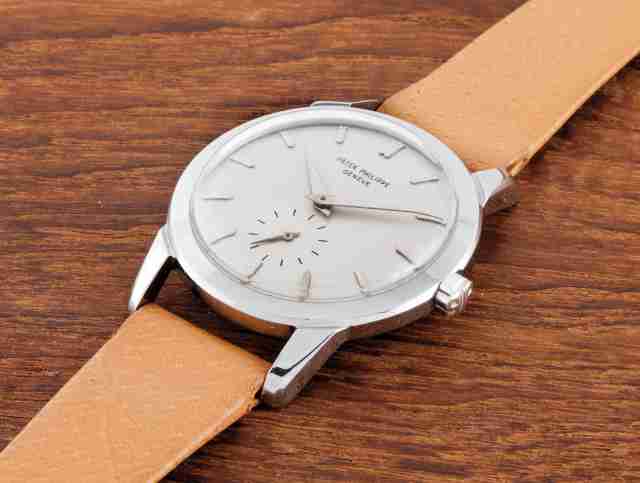 Lot 121: This very unassuming timepiece was another of the surprise lots, which gained a lot of attention during the auction but why? Well, it is simply one of the rarest reference ever made by Patek. This 1958 Patek Philippe ref 2585 in stainless steel, is the only known example to have been fitted with Patek’ revered first self-winding calibre 12”’600 – the movement is a thing of pure beauty. Another lot that slowly built-up when the bidding began but by the time the hammer came down, it completely shatter the estimate predicted.