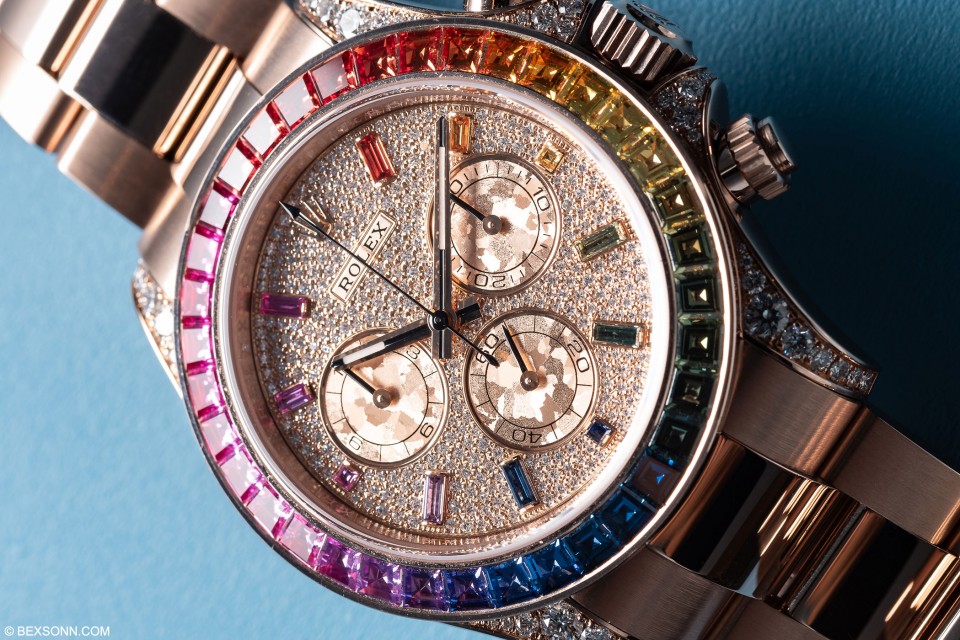 Last week, Sotheby’s Spring London auction took place and we thought it would be good to see how some of the lots we highlighted performed. Sotheby’s London auction wasn’t particularly packed with copious number of timepieces but rather more restraint, exhibiting high-end pieces as well as some really intriguing pieces that are perhaps more attainable. It was also good to see some of the lots we highlighted perform really well on the day and exceed their higher estimates, however, the majority of lots hammered within the estimate.

Lot 76: Was a 1964 Rolex Explorer ref. 1016 which featured the iconic 3-6-9 Arabic dial. However, as mentioned in the original post, the dial had patinated to a dark chocolate hue that makes all the difference when it comes to value. And furthermore, the patina gradually faded in from 9 o’clock giving it unique character. Perhaps the only thing that slightly let it down a bit was the missing tritium lume from the hour and minute hands, but this added to the overall allure and it would appear we weren’t wrong.

Lot 80: A 1960’s GMT-Master which featured a glossy dial with gilt text and chapter-ring, with markers that have aged gracefully to a warm creamy tone. And like the 1016 above, featured a striking tropical patinated dial that had discoloured, turning the dial to a warm inviting brown over time. Furthermore, it sported a small GMT hand – a feature of the early GMT’s. The bezel exhibited light shades of blue and red and featured “fat font” numbers, with a case had great definition in the lugs too. The early case featured coveted pointed crown guards known as “Cornino” and also featured a ‘Swiss” only dial, with a small luminescent dot above the 6 o’clock index. Known in the collectors circles as exclamation point dials but these details didn’t seem to do this ref. 1675 any favours, or perhaps the estimate a little too ambitious?

Lot 82: Was a reference 5513 Submariner that dated to circa 1962, when this reference was first introduced but of course this wasn’t your run-of-the-mill 5513, which made it highly coveted. It featured what is known as the 3-6-9 dial, also referred to as Explorer-style dials for obvious reasons. The depth rating was also somewhat different to the standard meters first dials: the M was absent and FT (feet) is written in different font. Moreover, like the 1675 above, this 5513 also made use of an exclamation point at 6 o’clock and also featured pointed crown guards. And if that was enough, this lot was accompanied by its original guarantee stamped by Watches of Switzerland, as well as numerous receipts from the day of purchase and service receipts and was fresh to market. But did these details and provenance impact its overall hammer price? Of course!

Last but by no means the lot 85: The Rolex Daytona Rainbow – the star of the auction. First introduced in 2012 in yellow-gold and later in white-gold were bestowed with this title. In 2018, Rolex introduced the Everose (pink-gold) version, which was instantly welcomed and created the perfect backdrop to the rainbow sapphire-set bezel. Moreover, this new pink-gold iteration introduced the baguette rainbow indices, as opposed to the simpler diamond-set indices of the previous two. Most of these rainbow Daytonas tend to come with gloss black dials, however, this lot had been fitted with the rarer pavé diamond-set dial. Only a handful of these pieces are made each year by Rolex due to the complex nature in sourcing the perfect sapphires of the right colour to create this piece and this has inherently created supply and demand problem – hence below the realised price.

All-in-all Sotheby’s first London auction of the year was very successful. Their Bond Street auction room was full, with quite a lot of action from room bidders – something rather nice to see. Of course, it almost goes without saying that Rolex is the go to watch for most auction houses and collectors. However, the thing I perhaps admire more than anything else is Sotheby’s quality over quantity for their London auctions, with only 85 lots up for auction with only few lots passed, giving Sotheby’s a sales percentage of 95% – totalling £2,350.375.

For more results information from the The Sotheby’s London Important Watches Auction that took place on the 16th April at their London HQ, visit the official Sotheby’s website.