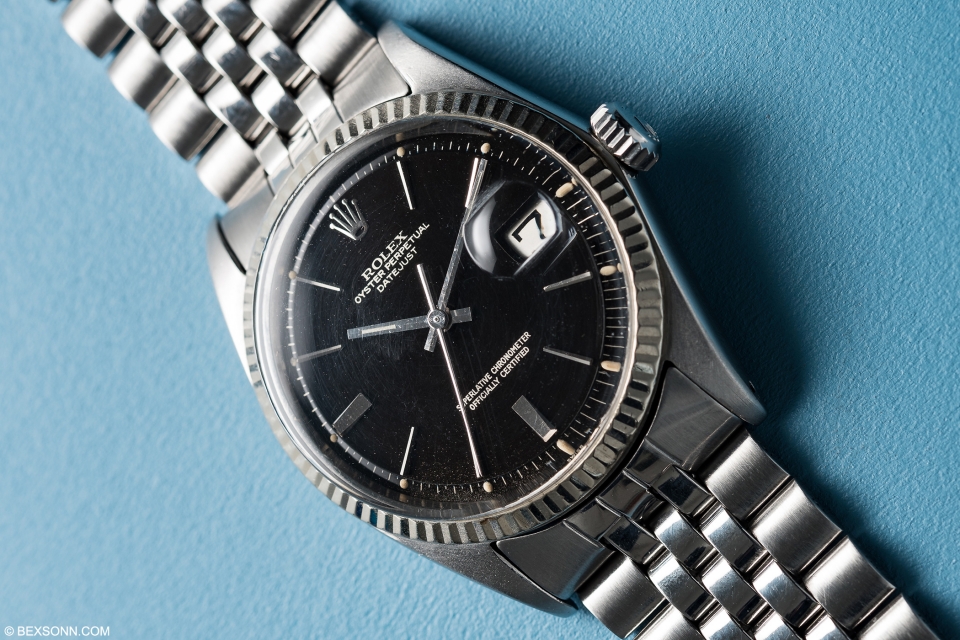 The Watches of Knightsbridge auction took place this weekend and we thought it would be good to see how some of the lots we highlighted performed. As mentioned: 333 lots were up for auction but whether you’re superstitious or not, it was always going to be good to see if this auction was going to be favourable towards WoK. That said it was going to be very interesting to see how one lot in particular would do, as it was no doubt extremely rare and in some cases completely unknown. It was also good to see some of the more underrated lots perform really well on the day and exceed their higher estimate.

Starting with Breitling, last year we saw steep increases in value in both the Omega Speedmaster and Heuer Autavias, and this year it would seem to be Breitlings turn. After observing several auctions, the buzz surrounding vintage Breitling chronographs, will be a welcomed sight for many. Without doubt, there’s the hyper rare early SuperOceans etc. but significant rises in prices of early Breitling chronographs are now coming into their own. Examples that are being sold today, are selling double what they did 18-months ago. Even more encouraging signs, now the brand is under new ownership, with Georges Kern at the helm. 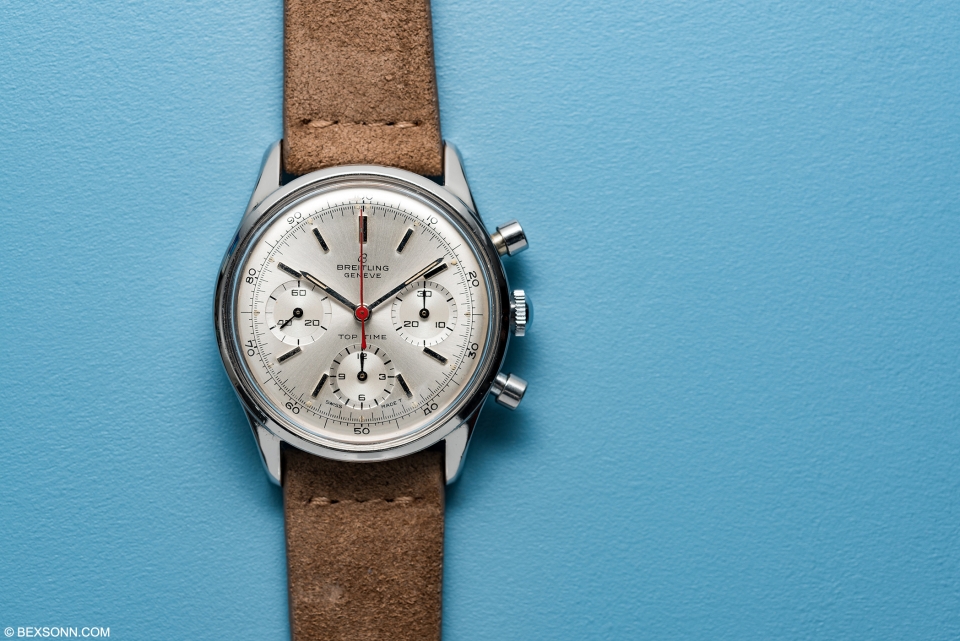 Lot 43, was a Mk1.1 Breitling 810 Top Times, with ‘monocoque’ case, which sported a silver sunburst, albino dial, with a decimal scale on the outer dial flange. It housed the well-built and of high quality, Venus 178 movement. Not too long ago these pieces would mostly have been up for an estimate of £2-3K, this piece was up for an estimate of £3.5-4.5K. It sold for £4,200 excluding fees, indicating the market for examples such as these are maturing. 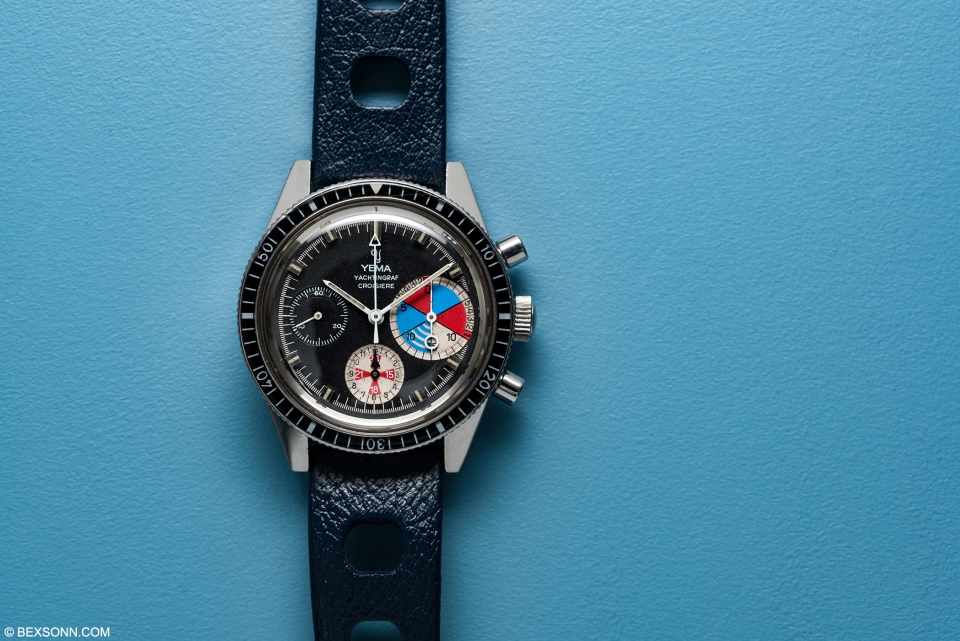 As for the Yema, it is again another brand that we’ve seen a dramatic rise in popularity in collecting circles and this Yachtingraf is a special piece. As mentioned, Yema watches bear striking similarities to watches made by Heuer and this just may be one of the reasons for its increased admiration. Founded in 1948, Yema are known for making some beautiful chronographs in the 60s and 70s and of those pieces the Yachtingraf is possibly one of the most colourful. This piece was in excellent condition and this was mirrored by its hammer price of £3.8K, excluding fees. 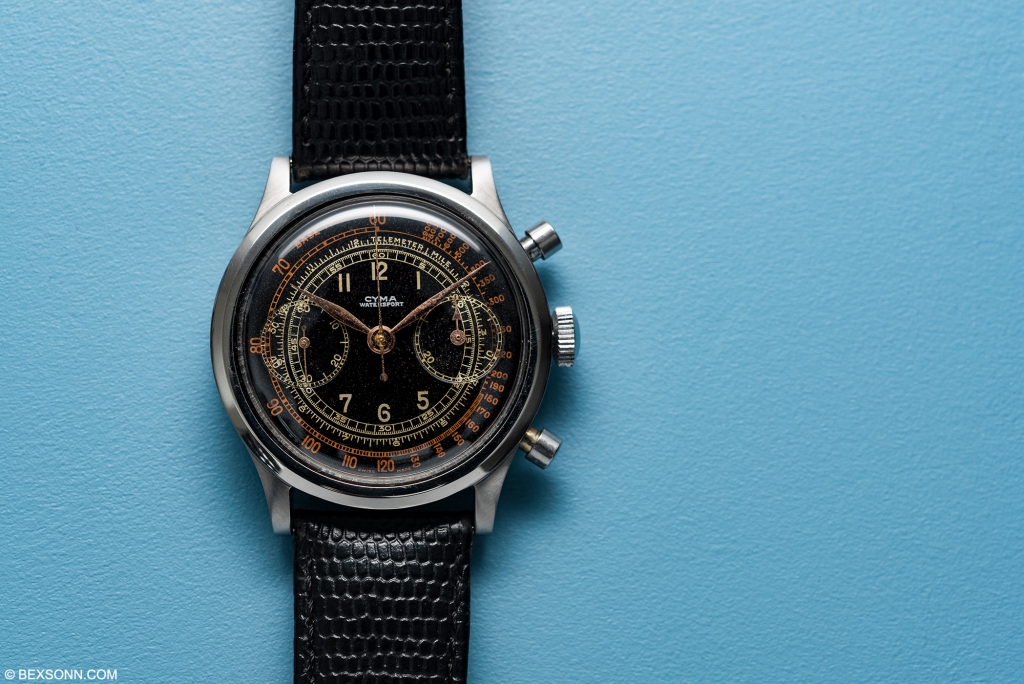 Then there was the colourful and downright gorgeous CYMA chronograph. What is interesting to note, it’s not just CYMA chronographs of this ilk that have become popular but pretty much any 40s, 50s and early 60s chronographs made in this same manner and of this size have become decidedly sought-after. As mentioned, if it’s got a glossy black dial, multi-scale measurements it will do well. Overall, the condition, quality and rarity of this watch made it one of my favourite pieces in the auction and the hammer price fell bang in the middle of the strong estimate – selling £6,000, minus fees. 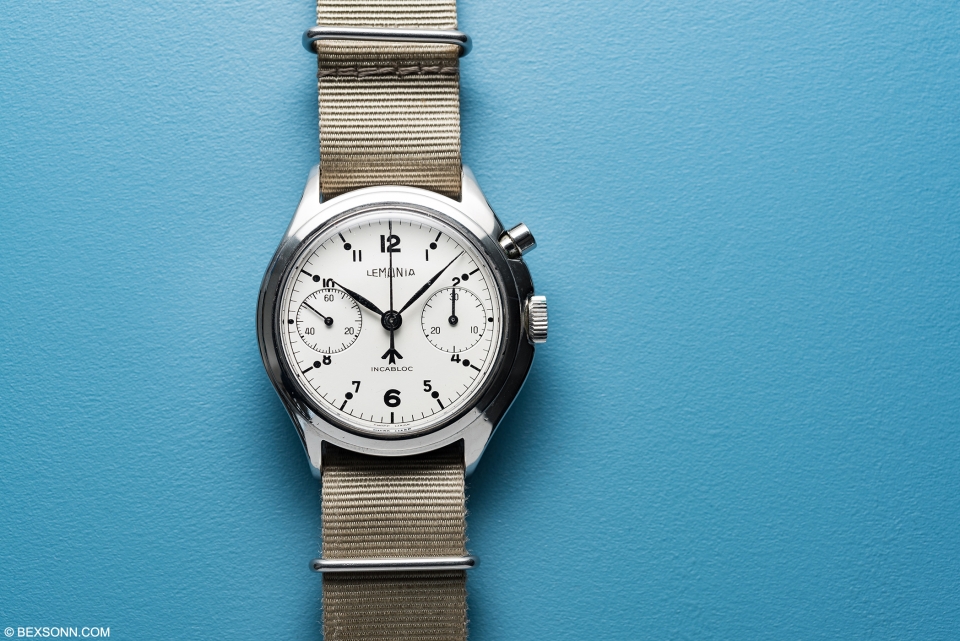 As for the one military piece, we highlighted this time round, the rare white dial variant of the Lemania mono-pusher chronograph issued to the British Royal Navy. Lemania’s have always had their fan base but with collectors now turning to movement producers that also made their own watches too, they’ve become even more popular. But as mentioned, these examples that were issued to the nuclear submarine crew members are rare. Watches of Knightsbridge were quite tentative with their estimate, pricing it £2.5 – 4.5k. The hammer price of this Lemania British Military Mono-Pusher Chronograph? Very impressive £7,000 excluding fees. 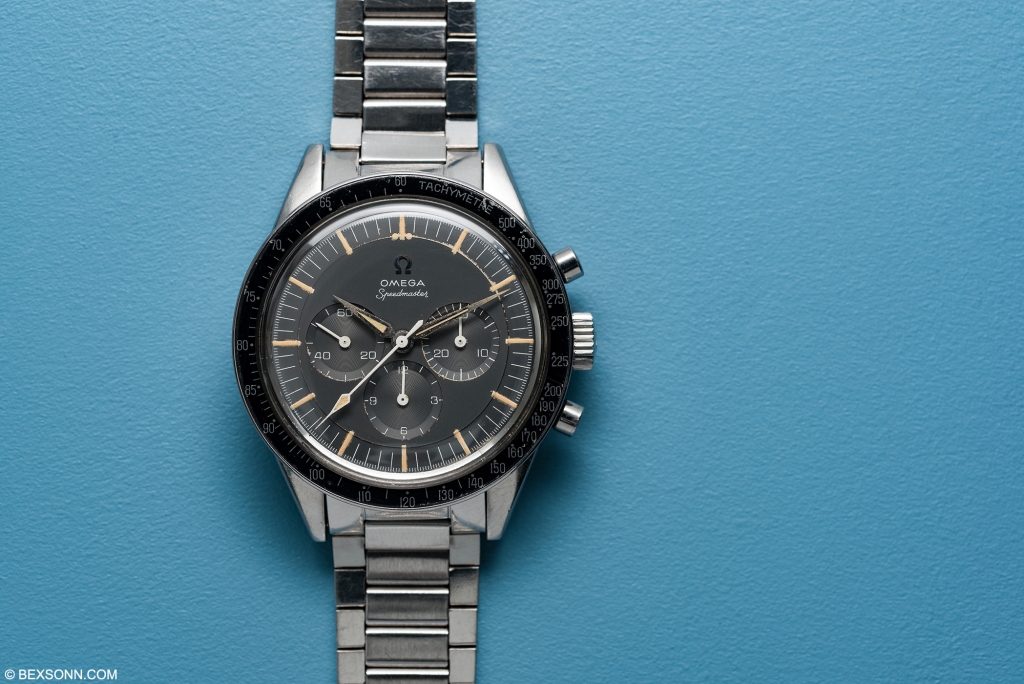 Omega Speedmaster’s have enjoyed their time in the spotlight of recent, with values for earlier examples that house the sought-after column wheel calibre 321 movement fetching rather handsome prices. That said what Watches of Knightsbridge had up for auction was no ordinary Speedmaster. As mentioned before, I’ve seen my fair share of discoloured brown dial Speedmasters and even one before with a blue sunburst dial. But this example sported a grey sunburst dial that are considered extremely rare – though its true origins are unclear. According to the current Omega Speedmaster bible (Moonwatch Only) these examples are from a series of different coloured dials made by Omega and is classed as “dial projects” in special colours though the status of these rare dials is not yet fully known. However, this didn’t put-off one determined bidder who fought off all others to win this very rare Speedmaster for £39,000, minus fees. 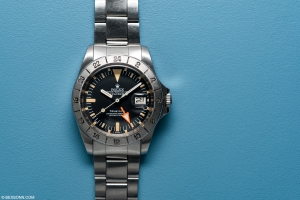 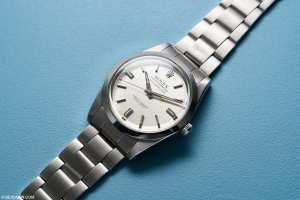 Then there’s the three Rolex pieces we highlighted. Rolex is a steady constant at auctions, their auction value never seems to drastically elevate or diminish and very rarely do you see a dramatic inflation of any model at an auction. That said, certain models do see a bit of softening in the market. Take lot 251 for instance: the late 1960s Milguass in very impressive condition, which sold for £13K, minus fees. A great slice of the Rolex of yesteryear but the demand for these models just isn’t as high as some others. Then there’s lot 252: a Rolex Explorer ref. 1655 with a Tiffany & Co. signed dial, in similar condition. Hammer price? £17,000, below its lower estimate. Why? Because Rolex co-signed dials can prove to be a bit of a mine field and while this Explorer’s 1655 appeared to be correct, uncertainty around such pieces will create low bidding. Then there’s lot 270: a humble 1960s Datejust ref. 1601 with gilt gloss “door stop” dial. This lot was a personal favourite pick of mine but to many it just looks like a simple Datejust – that’s probably because it is. But if you looked closer, you’d see just how much charm it had and it would appear I was not alone in my train of thought. When the hammer fell on this final piece from our highlights, it sold for £3,800 – excluding fees. Not bad for a humble, 50-year-old plus, steel Datejust. 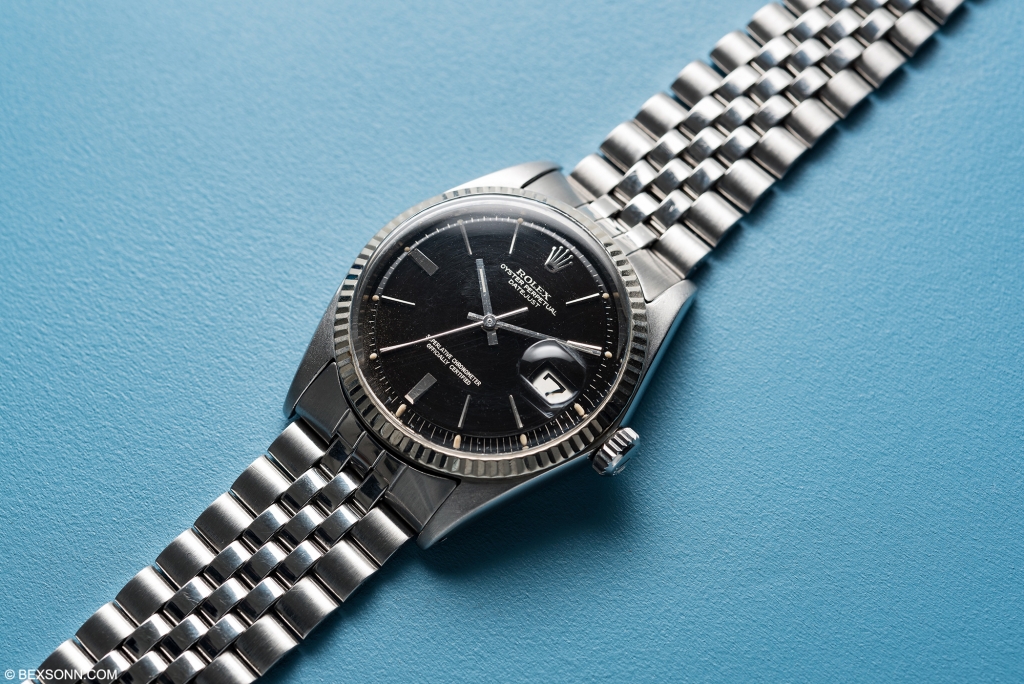 This Watches of Knightsbridge September auction was possibly one of their sparser auctions, with only 333 lots. But it was definitely one of their better ones, with quality trumping quantity – hence 71% of all lots being sold – indicating this being one of their most successful auctions percentage-wise. Proving the theory that less is more.

To view all of the results from this most recent Watches of Knightsbridge Auction, click here. 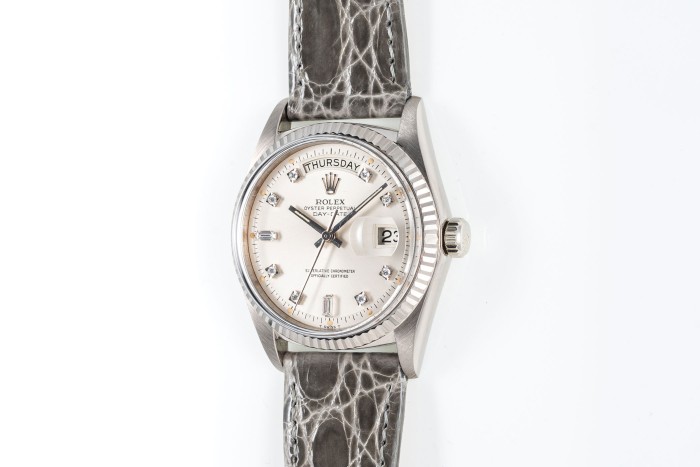 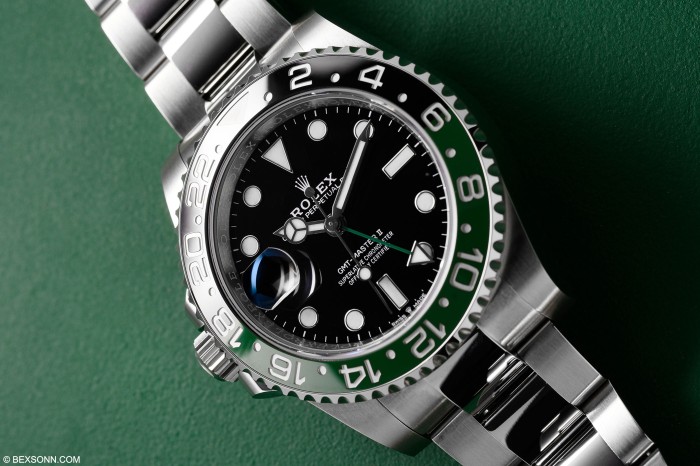