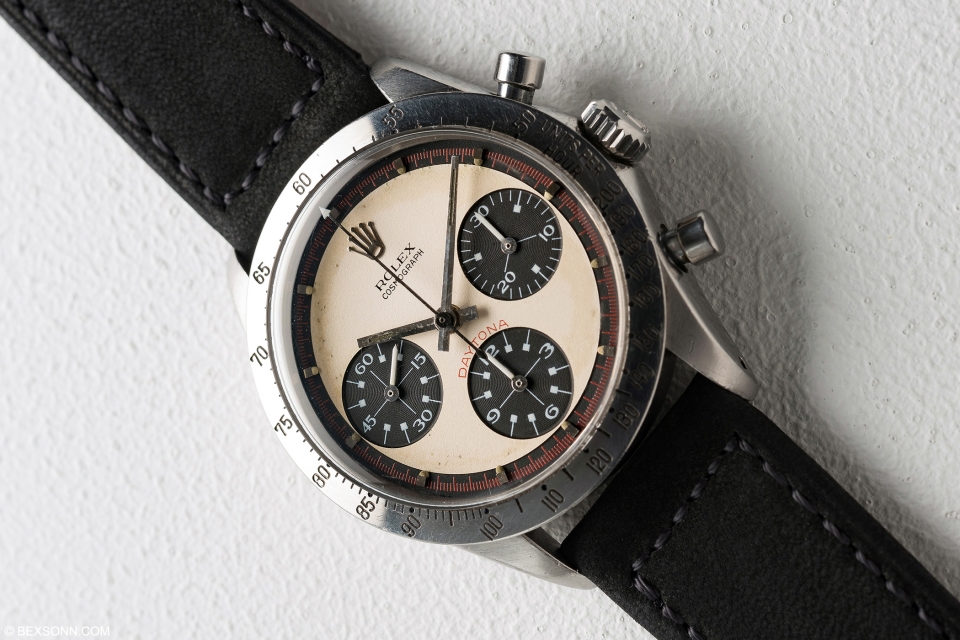 In the aftermath of the highly anticipated Phillips New York ‘Winning Icons’ Watch Auction, we thought it would only be right to share our thoughts on how the lots we highlighted performed. By now we are all familiar with records being set and surpassed every time we attend any of Phillips watch auctions. Of course, this mid-week auction that took place for the first time in New York wasn’t going to be any different. Though the setting was quite unfamiliar for Phillips, the results were undoubtedly going to be the same. That said, it was clear from the outset that Phillips were going to be rather cautious in their approach to a NY auction and this was of course mirrored by the fact they would only be auctioning 50 watches, championing quality over quantity – though only 49 were auctioned on the night, due to one watch being pulled for a reason that we aren’t fully aware of as yet. 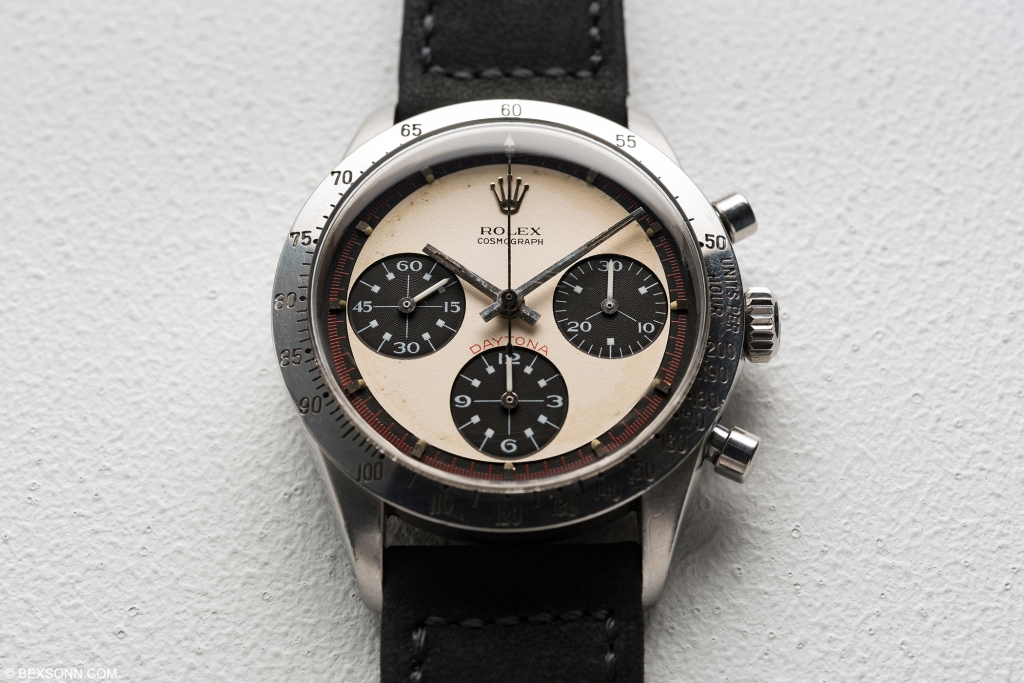 Great expectation was placed on the shoulders of Paul Newman’s Rolex ‘Exotic Dial’ Daytona 6239 and it didn’t disappoint bidders or spectators one bit. For many, us included, it was surely going to become the most expensive wristwatch ever sold at auction but I think the hardest question was just how much would it sell for on the night. Most predicted it would surpass the $10 million mark but then just how much further would it go after that? We are well aware that this watch isn’t a one-off, such as the Bao Dai 6062 but what makes this watch so much more valuable is the story behind the watch. 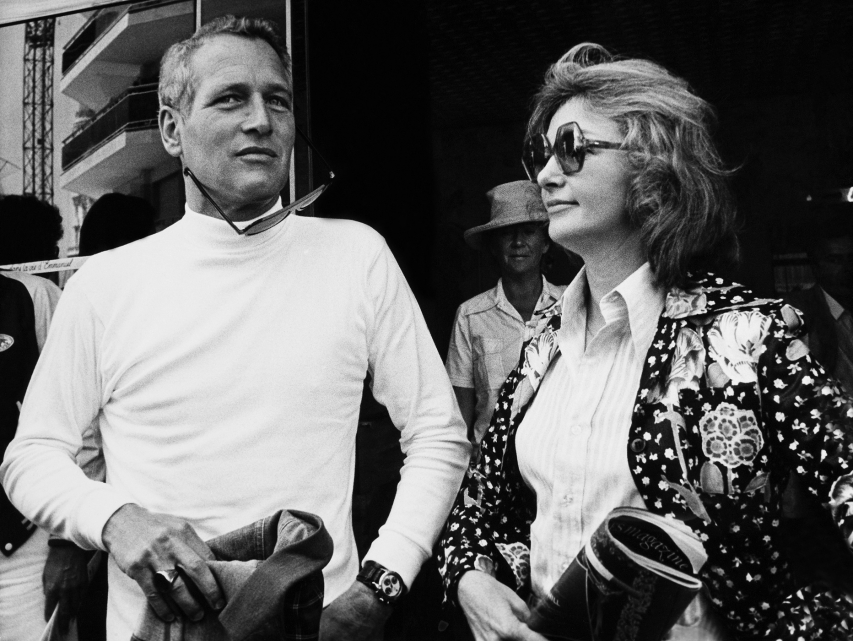 As I mentioned a few weeks ago, in a conversation with Michael Stockton: “It’s a little like getting 1:1 time with the Mona Lisa – to some degree.” However, I did say that there’s no doubt this is possibly one of the most important vintage watches to come to auction in decades and to be honest what it will sell for is not that important to me. This is Paul Newman’s Paul Newman after all, the actor, the director, the philanthropist and of course the racing driver. An icon of style and rectitude, something of more importance than its relative price tag. But it’s hammer price (including fees) of $17,752,500 million cannot be ignored. It is officially the most expensive wristwatch sold at auction, before that time it was this steel 1 of 4 ever made Patek Philippe 1518, which Phillips sold only last year November. That said, whoever has bought this watch – whether it be an individual or brand – they’ve not only purchased a watch but a slice of history itself. 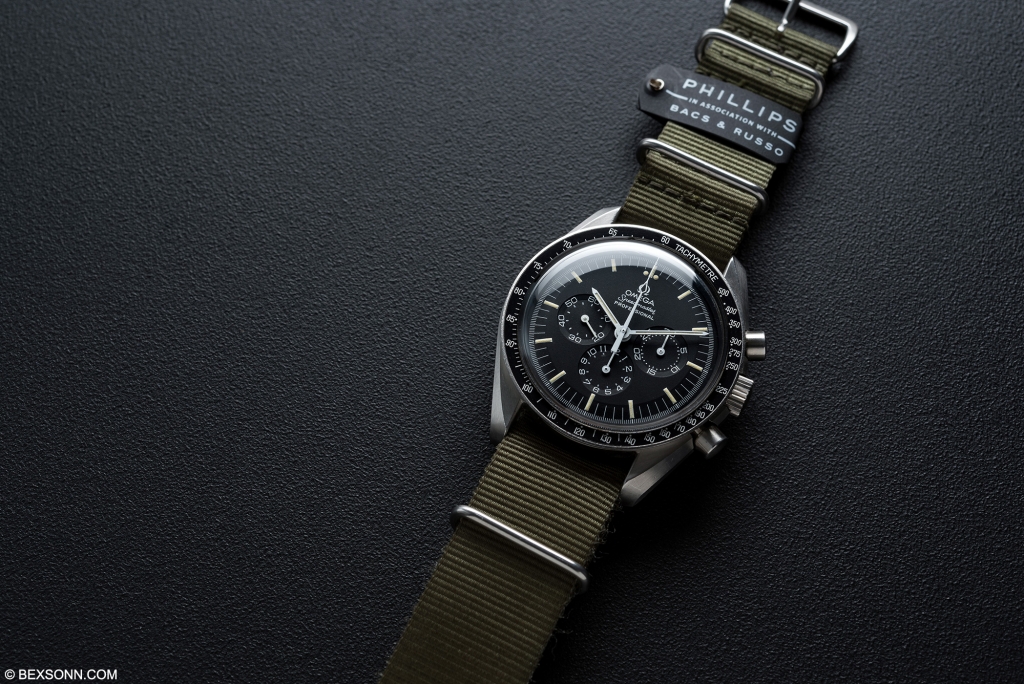 Another important watch we highlighted was this Omega Speedmaster Alaska III. As mentioned it is a watch that to the uninitiated looks like any other Speedmaster out there. Look closer and it soon becomes apparent, it is anything but. Back in 1978, a small amount of Speedmasters were ordered by NASA for their Space Shuttle program, which was code-named ‘Alaska III’. The watch in question was a Ref. 145.022 and powered by an 861 movement, a pretty standard Speedmaster. That being said, one look at the dial and you will notice that you have radial subsidiary dials instead, completely unique to the Alaska Speedmasters. Furthermore, at the time, the U.S. government was enforcing their ‘Buy American Act’, which forced Omega to use an American case maker instead of their usual Swiss made, Huguenin Freres. The result is a peculiar case that although looks the same as a standard 145.022, is stamped with the American Star Case Company’s hallmark. On top of that, the dial is not signed Swiss Made. To top it off, the caseback is stamped with the NASA script enhancing the provenance of this piece.  It had an estimate of $50,000 – 100,000, the hammer price? $187,500 including fees, an admirable performance. 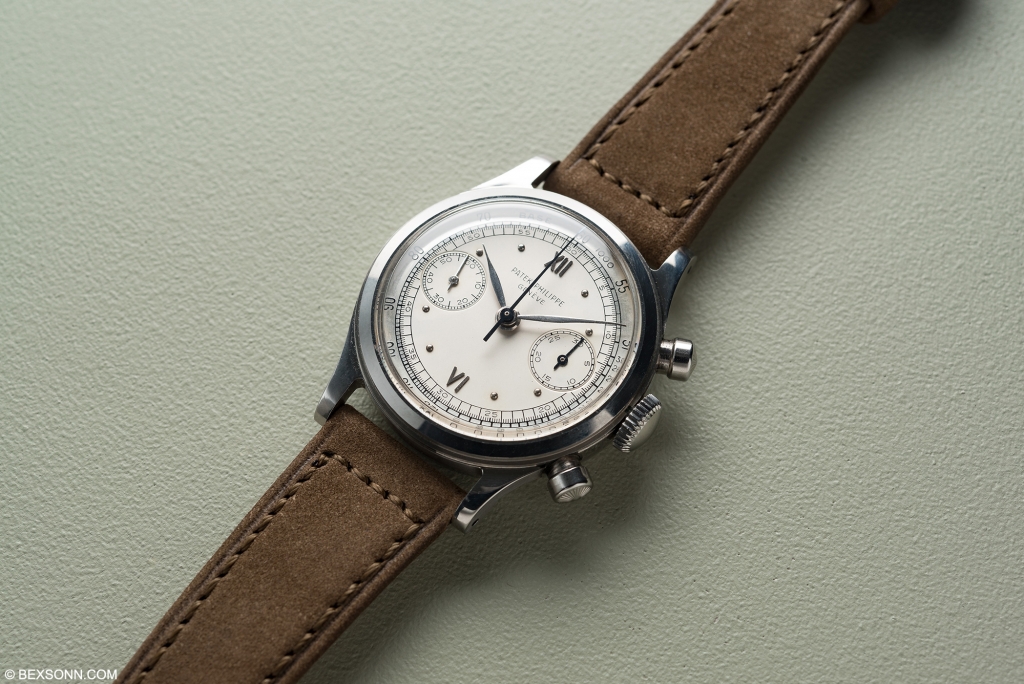 We also highlighted this Patek Philippe 1463 ‘Tasti Tondi’ that although has been seen quite often at auctions these days, we mustn’t forget; they are still rare. Only an estimated 750 pieces were produced in the 1940s, with a majority in yellow gold and very few in steel. The 1463 remains one of our favourite pieces and when we were shown this rather mint steel example, we were quite taken aback. Of all the steel pieces we’ve seen to date, this has to be one of the sharpest. This one was in stunning condition and as such, was stated by Phillips to have been barely worn, the two-tone dial is impeccable with its raised enamel printing were very well-preserved. How did it perform, quite fair to be honest. With an estimate of $300,000 – 600,000 it hammered at a snip under the higher estimate of $591,000 including fees. 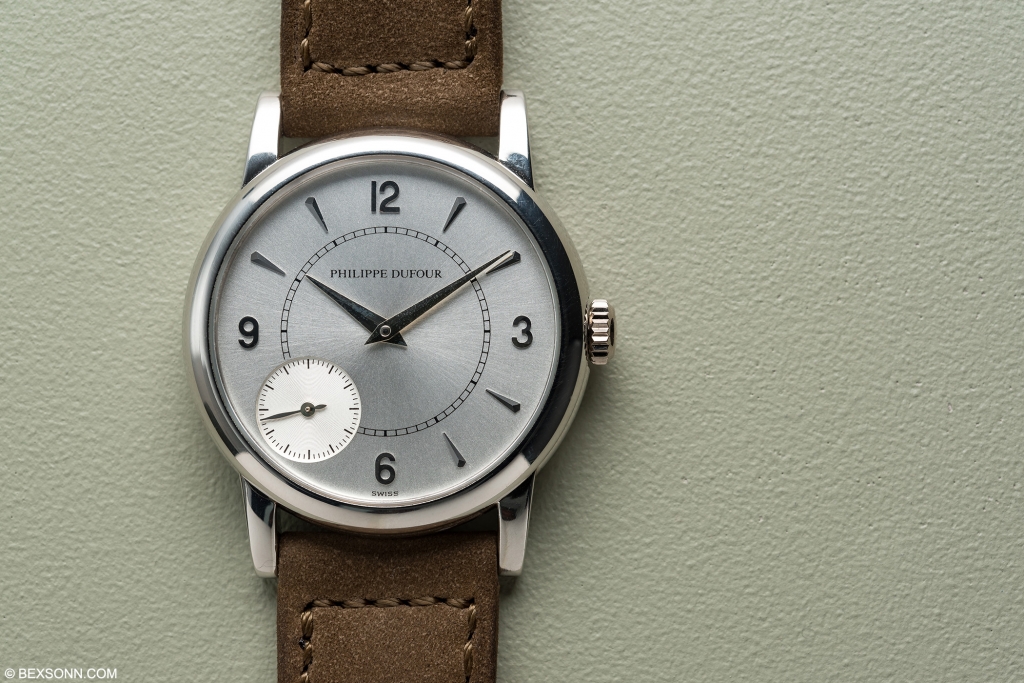 Then we have this piece that among the watches we highlighted, was the only non-vintage piece but watch most definitely worth mentioning. Philippe Dufour is an independent watchmaker based in Le Solliat in the famous Vallee de Joux. Sean was lucky enough to pay the man himself a visit last year. Located in a small house and sporting a small sign that says ‘Philippe Dufour Horlogerie Compliquèe’, you would never be able to tell that inside this house is one of the greatest living watchmakers. Famed for his ability to finish movements, his work is undisputedly the best even when comparing to the likes of A. Lange and Sohne and Patek Philippe.  Philippe Dufour is of course famous for the Simplicity but the watch that came first was the Duality. Initially, it was planned that 25 pieces of the Duality would be produced, but the watch gained no traction and was ultimately a failure. Only 9 pieces were produced in the end, though the piece we highlighted was the first example ever made by Dufour himself: example No. 00. The result of the Philippe Dufour Duality was perhaps one of two results overshadowed that night due to the performance of PN’s PN but it’s hammer price of $915,000 including fees (estimate of $200,000 – 400,000), is testament to just how revered Mr. Dufour’s timepieces have become. 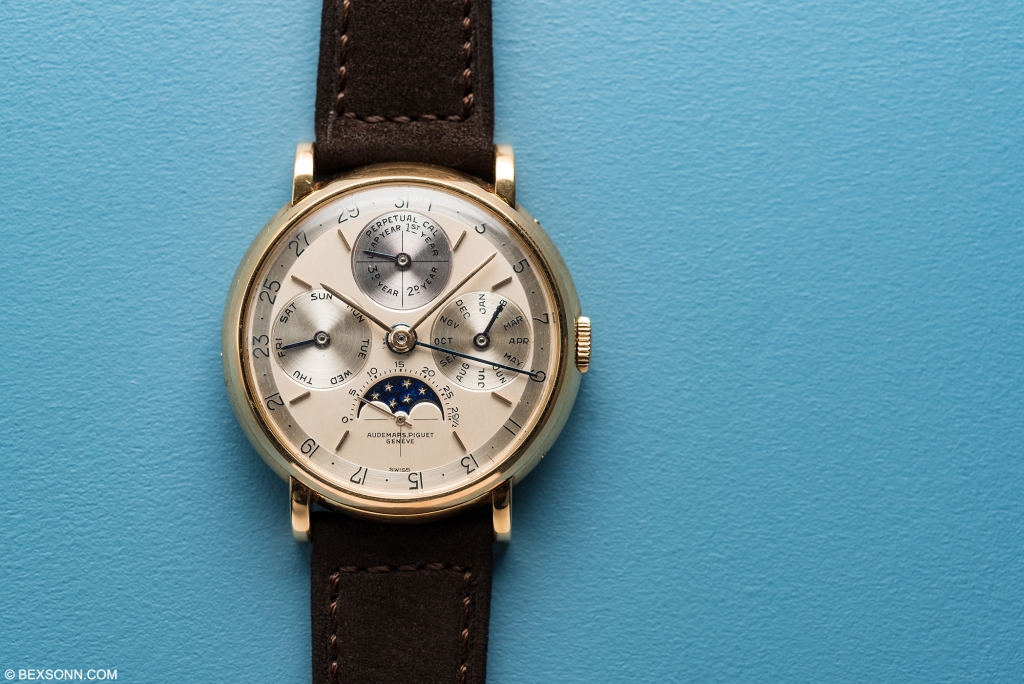 Then we have these two pieces that shared similarities and both come from two brands considered to be part of the holy trinity of watchmakers – Audemars Piguet and Patek Philippe. The AP 5516 is a legendary piece and is probably the most important perpetual calendar moon phases ever made by Audemars Piguet. It was the first serially produced perpetual calendar wristwatch with leap year indication. No other brand would feature a perpetual calendar complication with leap year indicator until 1981, when Patek introduced the ref. 3450. Displaying just how far ahead of time Audemars really were. This yellow-gold perpetual calendar moon phase, which is one of only six pieces that were ever made with the moon phase displayed at 6 o’clock. The first three made, featured the moon phase at 12 o’clock. 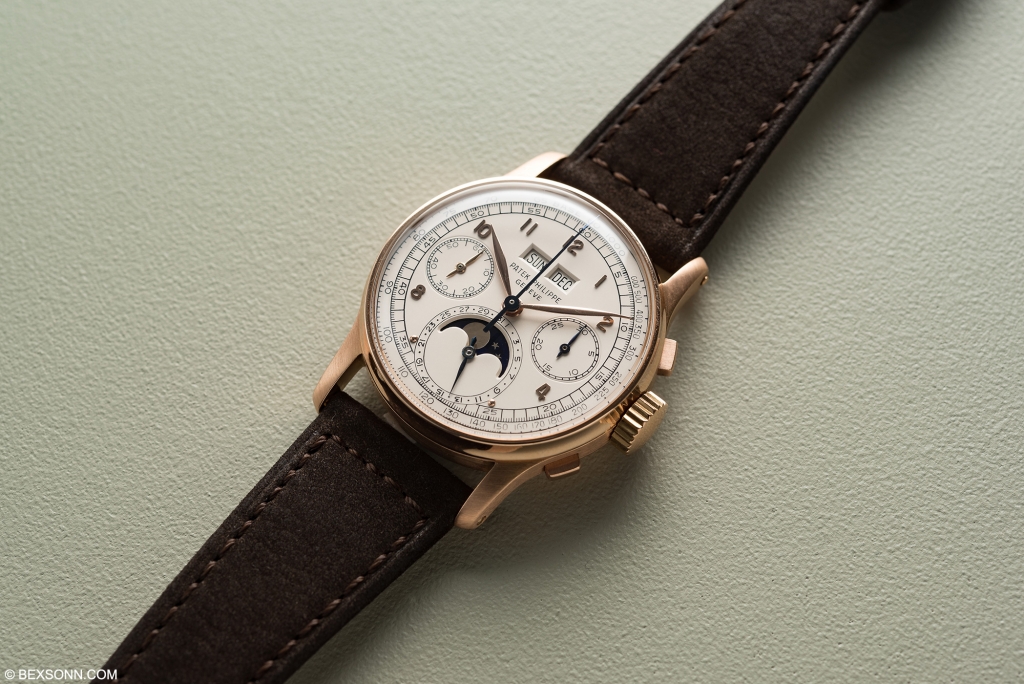 The Patek Philippe 1518, was the first serially produced perpetual calendar chronograph. Introduced in 1941, amidst the backdrop of global turmoil, nobody else was making complicated pieces to such a degree. Though it may sound like a lot were produced, only 44 known examples of the 1518 were made in rose-gold, making up a small percentage of the total amount produced. Something that the 1518 and AP 5516 shared, were their base Valjoux 13 movement but of course, finished in the style of each brand. How much did these 1950s Swiss haute horlogerie stalwarts hammer at? $675,000 and $975,000 respectively, including fees of course. The Audemars 5516 setting a new record for this reference at auction and the Patek 1518 being the second highest selling watch of the ‘Winning Icons’ auction that night.

Phillips in Association with Bacs & Russo appeared to have done it once again. Setting their own benchmarks and then surpassing them. Each time Aurel steps up to the rostrum, he is the figure of coolness personified and with his gavel, and controls the room in the same man a conductor would direct an orchestra. As mentioned 49 lots were auctioned (due to one being withdrawn) and of those 49 lots, all were sold – with the majority of them surpassing their highest estimate. Bringing in a total realised value of £28,875,750 million, which is the highest total of a watch auction in US history. Although over two-thirds of this total was largely owed to the sale of what will perhaps go down in history as the most iconic wristwatch ever sold at auction: Paul Newman’s Rolex PN Daytona 6239. Though we weren’t in the room you could see via Phillips own live stream that the room was packed and there was a good feel and vibe. For many US-based collectors, you could tell many were excited about Phillips first US auction, with most clapping after each lot had sold. This of course all bodes well for Phillips future NY auctions, but the bar has been set awfully high.