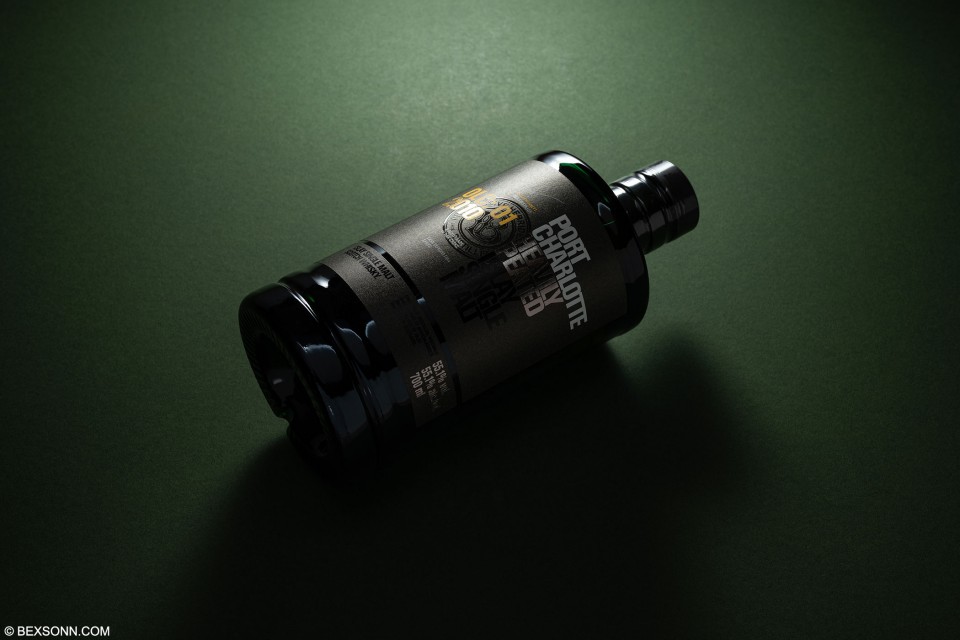 Bruichladdich has been described as ‘a working distillery museum’ but in its heyday, it was one of Islay’s most modern distilleries and today it is one of Scotland’s most innovative. Built in 1881, by the Harvey brothers, like most distilleries when its fortunes were largely linked to its blends. After multiple changes of ownership and some major investment, the Bruichladdich Distillery continues today to experiment and innovate. Port Charlotte is Bruichladdich’s heavily peated single malt with a peating level of around 40ppm (parts per million). This Port Charlotte OLC:01 2010 is a heavily peated single malt, that was first filled into an array of ex-bourbon, ex-Syrah and ex-VDN (vin doux naturel) casks. Then in 2018, this spirit was transferred into a parcel of newly arrived Oloroso hogsheads.

On the nose: you’ll experience a healthy dose maraschino cherries, dark fruits, figs and earthy peat. These initial notes are closely followed by notes of butterscotch, vanilla, lemon zest and toffee. Notes of peaches, cinnamon and ground ginger start to emerge, alongside orange peel and touch of cardamom. Completing the nose are notes of honey, nougat, chocolate, espresso, maple syrup and a citrus note. On the palate: there is a rich dark fruits and honey flavour, followed by toffee, dark chocolate, marmalade and tonnes of peat. These are closely followed by notes of liqourice, cinnamon and nutmeg. Rounding-off the palate are notes of poached peaches, lemon zest, cigar smoke, butterscotch, nutty nougat and figs. The finish: is long, sweet and earthy, with lingering smoky peat, bitter chocolate and nuttiness.

The verdict: The Bruichladdich Port Charlotte OLC:01 2010 is just one of the many expressions available in this range and as perhaps at the higher end of the range. It has all the notes you’d expect from an Islay scotch whisky but it also has tonnes of depth to back up that big peaty smoke. From nose to palate, it is a very consistent drop that has been very well-balanced. While the ABV percentage is quite high at 55.1%, I suggest you try it neat first, then add water if required.