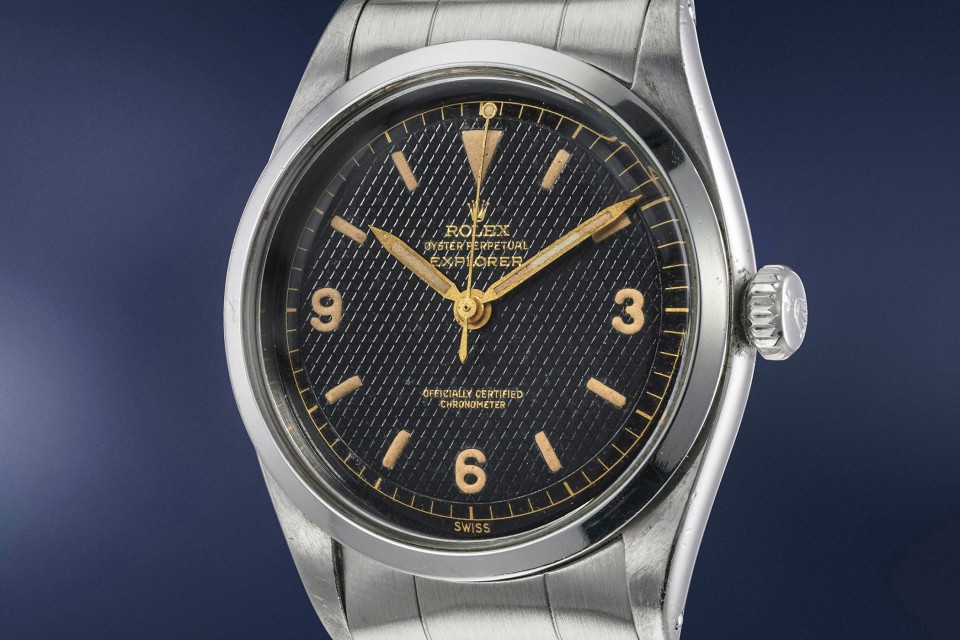 It would appear the virus that plagued us last year isn’t helping year very much either, especially when it comes to watch auctions but I’m sure we will return to better time by the end of the year (fingers crossed). We’ve covered many PHILLPS watch auctions in the past and as you’ll likely know, the Geneva auctions take place twice a year, one in May and the other in November. However, because of restrictions and quarantining we haven’t had the opportunity to get up close and personal with the watches. However, we thought we’d still share some of our favourite lots. As per usual, we tend to stay away from the more popular lots that have most likely been highlighted already and show you some rather interesting pieces that caught our eye.

Lot 23: It is impossible to think about the wristwatch and not mention Cartier, after all, it was Louis Cartier who revolutionised the watch industry and commercialised the wristwatch. After the successful launch of the Santos-Dumont in 1911, Louis Cartier embarked upon a quest to create another wristwatch. It was in 1917, that the world first laid eyes on the Cartier Tank, one of the most iconic designs in the watch world. In 1921, Cartier started the production of the Tank Cintrée, which was later called the Tank Normale, which this example is one of the first variations of.

The Tank Cintrée differs, somewhat, from the original Tank. The Tank was square and while the Cintrée may appear to be an elongated version of the Tank, the trait that brings it into its own, is the entirely curved case, which appears to mould to the wearers wrist. This shape made it possible for Cartier to be a bit more generous with the proportions – hence the Grand Tank Cintrée you see before you. Furthermore, wristwatches back in the early part of the 20th century were considered to be rather eccentric, so seeing a wristwatch such as this must have been quite something. Yet here is this 1960s Tank Cintrée that was made entirely from 18-carat yellow-gold, produced in a small quantity and was one of the largest versions made at the time. Measuring a 46.5mm in length and 23mm wide, this Grande Tank Cintrée bears the hallmark of the maker “EJ” and its French hallmarks, retailed by Cartier Paris. The timeless design of the Cintrée has seen it re-created this year, in almost the exact same proportions – evidence at just how ahead of the game Cartier were and also how ground-breaking the Cintrée was at the time.

Lot 75: The Explorer has always been the Rolex sports watch that has somehow sailed under the radar, in comparison to the brands big hitters, such as the Submariner, GMT and Daytona. The no nonsense of the 3-6-9 dial perhaps lends to its more simplistic nature and by virtue probably makes it more underrated and underappreciated. The earliest Explorer-type watches date back to the 1940s, however, it is the reference 6098 & 6298 which are known to be the precursors to the Explorer and often referred to as the pre-Explorer. These watches featured what were known as bubbleback cases – or Ovettone – to facilitate the rather thick calibre A296. However, they didn’t yet quite resemble what we know today as Explorer dials, but featured Oyster dials with applied arrow markers and applied coronet, often referred to by collectors as “Everest” dials. That said, no Explorer could really be considered an “Explorer” without the iconic 3-6-9 dial, and though this was a dial layout that had been used before, Rolex officially used the black 3-6-9 dials in the reference 6150 and 6350 – the predecessors of the 6098 and 6298.

Nonetheless, these new models still shared the same “Ovettone” case and still made use of the A296 movement, but they were true Explorers. The 3-6-9 dials, with a large triangle at 12 o’clock and printed text, coupled with the moniker – Explorer gave birth to an iconic watch. These are what collectors consider the first proper Explorers. The difference between the two models was that the 6150 was given the name Precision, whereas the 6350 was afforded the title “Officially Chronometer Certified” or OCC for short. However, there’s also the highly sought-after honeycomb dial version, such as this immaculate example, which is highly sought-after by collectors alike. This reference 6350 Explorer also features a period correct Swiss dial, as well chapter ring and most notably pencil hands – a trait only seen on very early Explorer’s of this reference, adding to its rarity.

Lot 214: The Day-Date is without doubt one of Rolex most diverse wristwatches and has been nicknamed The Presidential Rolex, quite simply because it has been donned by various Presidents throughout the decades. Made from either yellow, white or pink gold – the Day-Date has been a cornerstone of Rolex catalogues for over 60-years (you can see our little write-up on the 60th anniversary piece right here). This glamorous Day-Date is an extremely early example of reference 1803 and has been nicknamed “Morellis” because of the finish that is bears. It sports a champagne dial, matching the 18-carat yellow-gold case and interesting linen-textured bezel. All graphics are intact, along with its lume plots and block hour markers. 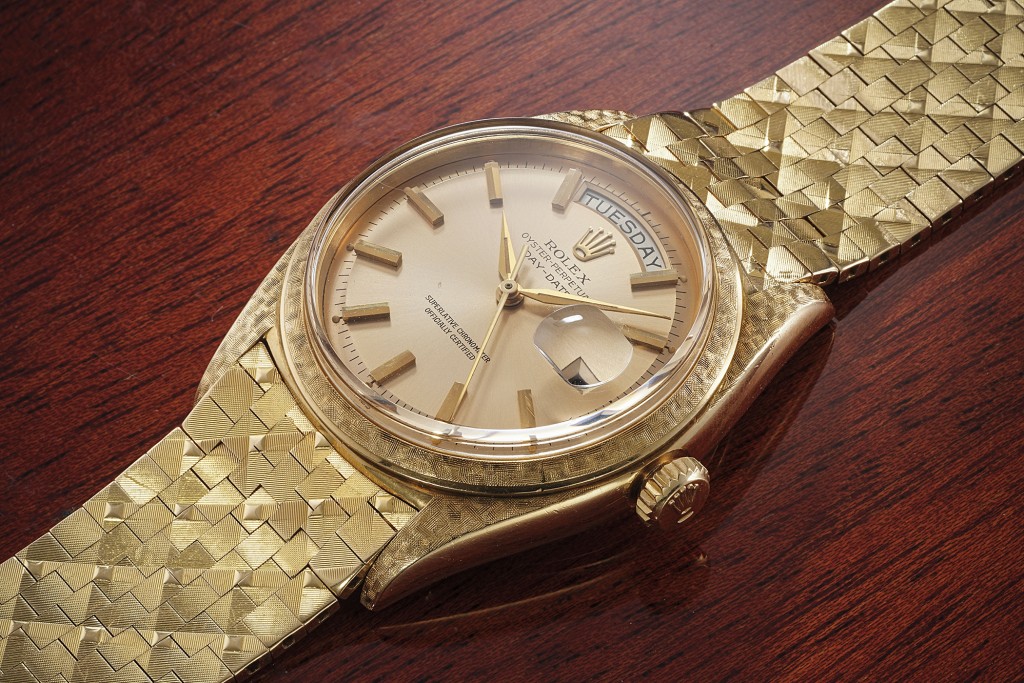 But I’d have to say the pièce de résistance of this Day-Date has to be the bracelet it has been paired on; it is magnificent. Rolex don’t shy away when it comes to pairing the Day-Date with rather elaborate bracelets and while the Presidential style is iconic, this eye-catching, yellow-gold brick link bracelet stamped for 1964. Heavy, luxurious and flexible, it adds so much presence to the timepiece, but it also features the same linen-textured finish seen on the bezel and case, giving this Day-Date an undeniable exquisite look – in my humble opinion.

So, there you have it, handful of our favourite lots from the Geneva Watch Auction: XIII. Phillips seem to continue to bring rare pieces to the market. That said, I don’t think this auction is brimming with the uber rare pieces we are perhaps accustomed to seeing, though there are noticeably more modern pieces, and this is perhaps completely understandable considering the current climate (the pandemic) and the fact that owners perhaps don’t want to let go of those super rare vintage pieces at this moment in time? Nonetheless, there are still some great lots in there that may surprise a few of us, so I will happily be watching from afar to see how well these lots will perform.

For more lot information on The Phillips Geneva Watch Auction: XIII that will take place on the weekend of the 8th & 9th of May at La Reserve Hotel, Geneva, visit the official Phillips Watches website to view the entire catalogue.