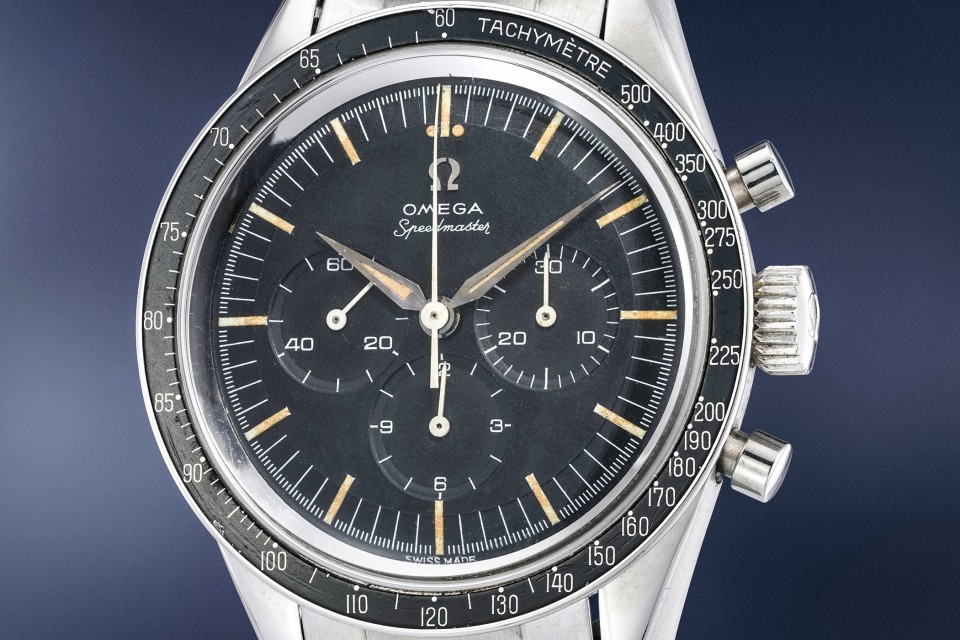 The year 2020 will be one that goes down in history for good and bad reasons. It’s perhaps been one of the most bizarre years that I’ve ever experienced in my existence and I’m 100% certain I’m not alone in my thinking. We’ve covered many PHILLIPS watch auctions in the past and as you’ll likely know, the Geneva auctions take place twice a year, one in May and the other in November. However, because of the 2020 pandemic, their first auction will take place this month. While we haven’t had the opportunity to get up close and personal with the watches, we thought we’d share some of our favourite lots. As per usual, we tend to stay away from the more popular lots that have most likely been highlighted already, however, some of them were just too damn interesting to ignore.

Lot 21: The El Primero is a legend within its own right but there is a much debated story behind it. During the early 1960s there was a race on to see who could create the world’s first self-winding (automatic) chronograph. There were of course a few companies that shared an interest in claiming this technological breakthrough: Heuer/Buren-Hamilton/Breitling. However, there were a couple of silent watch manufactures working on this advance too: in the Far East was Seiko, who were busy working on their own version and then there was the company from Le Locle – Zenith. While there is a debate on who was first, there’s no doubt that Zenith were first to announce the El Primero, with three different references. The A384, the A386 and of course the A385.

This A3817 is a derivative of the reference A385 but features a dial more akin to the iconic A386, however, unlike it’s forbearers – it is considered among collectors to be extremely rare. The Zenith El Primero A3817 is believed to have only been made in 1000 examples and has a dial that somewhat differs from its sister reference A386, with a more colourful dial scheme. While the colour of the three sub-dials are light and dark grey as well as blue, the sub-dial at 9 o’clock is enhanced by a unique blue hand and blue indexes subtly contrasting with the light grey background. The 37mm case of this, circa 1971, A3817 appears to well-preserved and comes fitted to its original Gay Feres ladder bracelet – making it a rather attractive overall lot.

Lot 24: Longines feature heavily in this auction, and rightly so. If there was a 20th century watch manufacture that would best represent the stainless steel chronograph, it would have to be Longines, with both the legendary 13ZN movement and 30CH movement, later on heralded to be some of the greatest chronograph movements of all time. Within that, lies this Ref. 5699, nicknamed ‘Doppia Lancetta’, which translates to ‘double hand’ due to the presence of what looks to be two central seconds hand. The red hand is in fact a minute counter, which made this chronograph setup quite different to the standard three register dials. This Longines from 1946 houses the in-house calibre 13ZN and as many have said, it really is as good as it gets. At 39.5mm, this is huge for a vintage watch, couple that with the unique dial configuration and what you get is one of the most desirable Longines watches in the world.

Lot 73: There is no denying that the Submariner is the ultimate tool watch and we have highlighted quite a few variations here. But there’s nothing quite like showing our readers an honest, humble and modest 5512, albeit, with a few sought after details that make collecting Rolex timepieces so intriguing. I’m always told it’s the finer details that make Rolex timepieces not only interesting but highly collectible.

The gilt dial on this 5512 is in particular excellent condition, which have aged particularly well and from the images, doesn’t display any tarnishing or cracks and still retains a mirror like finish. The luminous markers and matching have aged to a lovely cream colour. Furthermore, it also impresses with a chapter ring. This Submariner 5512 also features, what is known to collectors as “Pointed Crown Guards” or “Cornino” – Italian for small horn. The origination of this detail is rather interesting. The very first crown-guard cases featured large square crown guards, however, clients weren’t overly pleased with bulkiness of this feature. So, Rolex filed away the square crown guard of the cases they had in stock, leaving only a small pointed guard. Thus, the “Cornino” was born.

Lot 187: We’ve highlighted CK2998’s before and spoke about just how cool they are. Back in 2015 Christies had a special sale of Speedmasters, where they highlighted many rare lots. In my opinion, CK2998’s are just as rare as Rolex Daytona’s from the same decade, in fact I’d said they’re actually rarer. The CK2998 is one of my favourites from the pre-moon era of Speedmaster’s and is in fact the first Speedmaster to be worn in space by Walter “Wally” Schirra during the Mercury program’s sigma 7 mission. However, this Speedmaster is perhaps a little more special. Engraved on the case back is the inscription “FAP”. But what exactly does this mean? It’s no secret that Omega made watches for the British Ministry of Defence and we’ve highlighted said Military examples here before. However, some of the rarest series of watches produced by Omega were those made for the “FUERZA AÉREA DEL PERÚ” (FAP), a branch of the Peruvian military that was created from the merger of the Peruvian Army and Navy. Omega were supplying watches to the FUERZA AÉREA DEL PERÚ up until the early 60’s, before the Army decided to go with another large watchmaking manufacturer.

This rare Speedmaster CK2998-5 is the 5th variant of this reference. It sports a wonderfully preserved dial with luminous markers, three subsidiary dials, recording hours, minutes and continuous seconds. As the 5th variant, it features steel Alpha minute and hour hands and white stick-style sub dial hands, which is the only real difference between this and the previous versions. Inside is the revered calibre 321 movement. The 40mm case is fitted with a black Tachymetre bezel graduated to 500, which is period correct and what’s more it is accompanied with extract of the Omega archives confirms that the watch was delivered to the Peruvian Air Forces in June 1962.

So, there you have it, our favourite lots from the Geneva Watch Auction: XI. Phillips seem to continue to bring rare pieces to the market. That said, I don’t think this auction is brimming with the super rare pieces we are perhaps accustomed to seeing and this is perhaps completely understandable considering the current climate (COVID-19 pandemic). Nonetheless, there are still some great lots in there that may surprise a few of us, so I will happily be watching to see how well these lots will perform.

For more lot information on The Phillips Geneva Watch Auction: XI that will take place on the weekend of the 27th & 28th of June at La Reserve Hotel, Geneva, visit the official Phillips Watches website to view the entire catalogue.