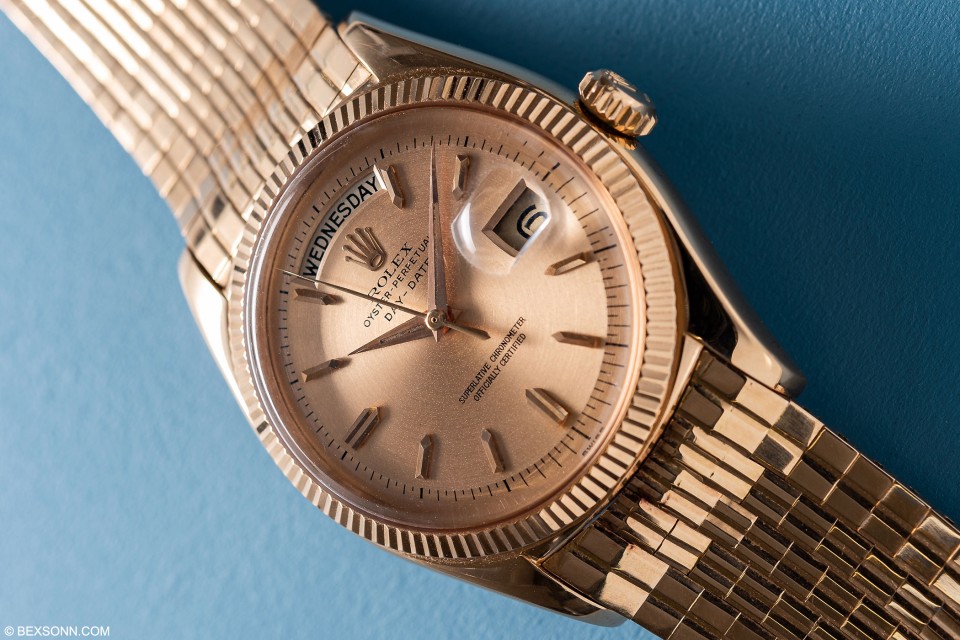 It’s that time of the year again where all eyes are on Geneva for auction season. With that comes my highlights of some of the more interesting lots (in my opinion) at the Phillips’ Geneva Watch Auction: TEN. As usual, I tend to stay away from the more popular lots that will or have most likely been highlighted already, however, some of them were just too damn good to resist.

Lot 170: The Royal Oak is perhaps one of the most distinctive watches around. With its masculine octagonal shape, exposed screws and integrated bracelet, it is easy to recognise from afar. More importantly, the watch is a legend for pioneering the use of stainless steel in haute horlogerie, thanks to a watch designer, Gerald Genta, who was inspired by the porthole of a naval ship. Though back in 1971 when this inspiration led to the Royal Oak, Mr. Genta wasn’t yet the household name it is today.

This ref. 5402ST is known as the “A Series” and is one of the examples originally made in the 1970s. The case appears to be unpolished and is perhaps one of the nicest examples I’ve ever seen in person. You only have to look at the angles and bevels of this example to see that this is one of the best 5402ST you are likely to see this coming auction season. The bracelet displays sharp, decisive vertical finishes, which appear to be original to the timepiece. Furthermore, the case is incredibly thick, and the reverse of the watch displays a sand blasted finish.

Lot 173: The Rolex Daytona is an iconic watch and as such commands a premium. In the world of Daytona collecting there is of course subcategories, there’s the pump-pusher era, the oyster none crown guard era and there is of course the Zenith era (those fitted with automatic chronograph movements also used in the El Primero). That said, not so long ago collecting these automatic pieces wasn’t so common, however, fast-forward to today and these late 80s to early 90s Daytona’s are as much sought-after as those mid-twentieth century examples. That said, this piece is a little different as it wasn’t completely born this way and as such may raise a few eyebrows but I think it’s a looker!

As already mentioned, the late 1980s saw the introduction of the first automatic Daytonas, however, Rolex decided to test the waters with a new colour scheme. This blue “Rayon de Soleil” dial, was created by dial manufacturer Singer for Rolex. However, it seems that due to a poor response, the order for these dials was cancelled and consequently Singer made only a few numbers. All graphics remained identical to other Daytona dials of that period. As result of the cancellation, the blue dials were consequently never mounted on the reference 16528, but gifted by Rolex to partners, suppliers and senior management. One of which has found its way on the present lot. The contrasting yellow-gold Oyster case and blue sunburst dial make for not only a perfect match but add a touch of rarity to an otherwise run-of-the-mill Daytona, in my humble opinion.

Lot 179: The Patek Philippe chronograph ref. 1463 is a personal favourite of mine but at times it’s easy to forget how rare a certain watch is when you see it too often. The 1463 is just that. Stainless steel vintage Patek chronographs are just about as cool as it gets but the ref. 1463 can boast that it is indeed the first ever fully waterproof Patek chronograph. When introduced in the early 1940s, the stainless steel ref. 1463 probably best epitomised the term “toolwatch” in my humble opinion. Just look at it – it is easily one of Patek’ most versatile vintage timepieces and there is no doubt in my mind that when Patek Philippe introduced this watch, they had the active bon vivant clientele in mind.

There are different dial variations available on the 1463 but probably the most desirable of them all, is the Breguet numeral version but this Roman numeral with applied dot indices perhaps lends a sparser appearance. It is thought only an estimated 750 pieces were produced in the 1940s, with a majority in yellow gold. I have to remind myself that this indeed, especially in stainless steel, is a seriously rare watch. Nicknamed ‘Tasti Tondi’ in Italian because of its round sunburst pushers, the 1463 was the first and only waterproof chronograph produced by Patek back then. This example comes in stunning condition, stated by Phillips to have been barely worn, the two-tone dial is impeccable with its raised enamel printing very well-preserved.

Lot 243: The Day-Date is without doubt one of Rolex most diverse wristwatches and has been nicknamed The Presidential Rolex, quite simply because it has been donned by various Presidents throughout the decades. Made from either yellow, white or pink gold – the Day-Date has been a cornerstone of Rolex catalogues for over 60-years (you can see our little write-up on the 60th anniversary piece right here).

This glamorous Day-Date is an extremely early example of reference 1803, this example has been dubbed “El Dorado” because of its all-gold nature, has been preserved in literature too. It sports a circular satin brush champagne dial, matching the 18-carat pink-gold case and fluted bezel, which has been extremely well-preserved. All graphics are intact, and it displays a rare non-luminous dial with dart indexes, which is correct for early examples.

But I’d have to say the pièce de résistance of this Day-Date has to be the bracelet it has been paired on; it is exquisite. Rolex don’t shy away when it comes to pairing the Day-Date with rather elaborate bracelets and while the Presidential style is iconic, this eye-catching, pink gold brick link bracelet stamped for 1959, which corresponds to the year of manufacture of the wristwatch. Heavy, luxurious and flexible, it adds so much presence to the timepiece.

So, there you have it, a handful of my favourite lots from the Geneva Watch Auction: X. Phillips seem to continue to bring rare pieces to the market. That said, I think this particular auction does possess those super rare pieces we are perhaps accustomed to seeing – the unfortunate part is that we’ve seen them before at other past auctions i.e. the 1 of 12 known Rolex Rattrapante Chronograph ref. 4113 which sold at Sotheby’s auction back in 2012. Nonetheless, there are still a few sleepers in there which may surprise a few of us, so I will happily be watching to see how well these lots will perform.

For more lot information on The Phillips Geneva Watch Auction: X that will take place on the weekend of the 9th & 10th of November at La Reserve Hotel, Geneva, visit the official Phillips Watches website to view the entire catalogue.