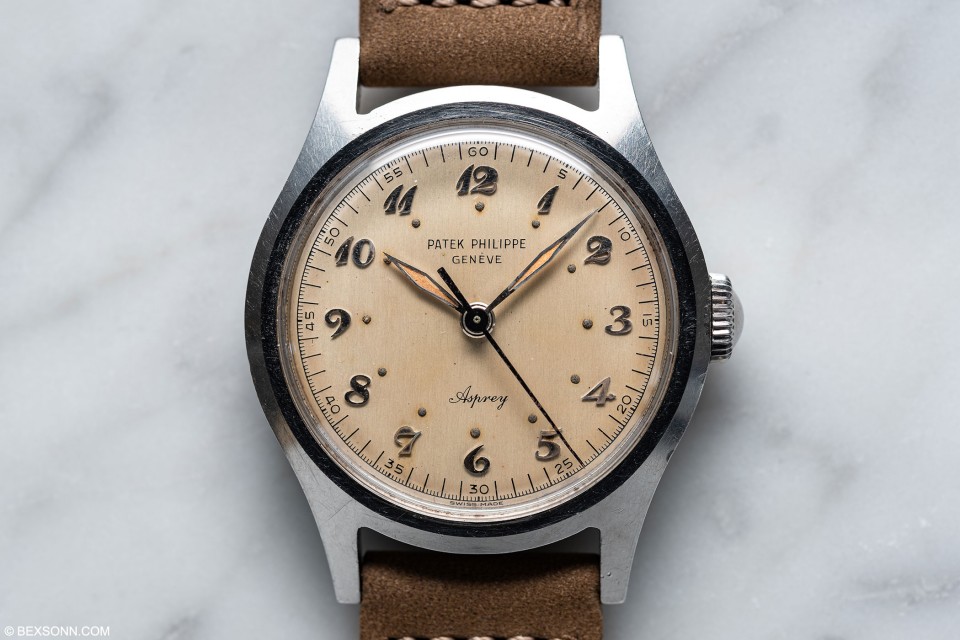 While the auction season will always come and go every year, with crazy pieces and crazier prices, from a collector’s point of view, I always look forward to the thematic auctions. This is perhaps due to the anticipation of what the theme will be and as someone who likes compartmentalising things, I always love seeing a nice linear narrative. We’ve had some crackers in the last couple of years, from the Daytona Ultimatum auction that really set the tone for thematic auctions, to the stainless steel chronograph auction that road the wave when it was at an all-time high.

Furthermore, thematic auctions inadvertently acts as a statement to the collecting world that a certain kind of watch is important enough to have its own auction- affecting the market and ultimately prices. They are not always successful, as we’ve seen in the past, but once in a while though, things get a little crazy.

This year at Phillips they are doing a double signed thematic auction, featuring only examples of watches that were either double branded by the retailers at the time (think Tiffany and Co, Gubelin etc.) or watches that were produced specially for the retailer (think Harrods, Asprey etc.).

Double signed watches have always held a fascination amongst the most hardcore collectors, where every detail counts, affecting prices in multiples at times. This is of course due to the fact, as collectors, we are naturally inclined to hunt for the rarest and most special example of each reference, and naturally, watches that were stamped by retailers were far less common than the standard versions.

Lot 18: Anyway, as usual, we’ll be diving into some of the lots that we liked beginning with Lot 18, a Universal Geneve Compax. Universal Geneve, as we all know has a huge cult following, with collectors hunting for prime examples willing to pay above and beyond. While they are certainly not cheap anymore, right at the top of the tree sits a few models. I’d say the colonial case UG, which is one of my favourites, and what you see here- the absurdly large 46mm Compax.

Watches back in the 40’s were small and so naturally to have a 46mm watch from then, it is safe to say that these Compaxes were only made for a utilitarian purpose- flying. There are several variants of the 46mm Compax, and this one is particularly special not only because it is double signed with the Milanese retailer Verga, but also because it’s full provenance is documented.

There is proof through the original owner’s family that this watch was delivered to the Italian aviation pioneer Ettore Cattaneo. It has since passed down three generations before being acquired by a collector and the whole thing is on paper. It is always nice to imagine the story of a watches’ life, with huge premiums paid for provenance and I’d be interested to see how this goes this weekend. The condition of the dial is fair with some noticeable damage, but as I mentioned with this piece, it is all about the rarity of the reference and the amazing story behind it.

Lot 34: So, there are a few things in vintage Patek collecting that gets people excited. Stainless steel is the most obvious, as they were made in low numbers, central seconds, as most had sub seconds at 6 o’clock, luminous material, as dress watches did not really need this back then, Breguet numerals, which are not only beautiful, but rare and of course double signed dials.

Well, with Lot 34, I can say it ticks off everything on that list. It is a Patek Philippe Reference 565 in stainless steel, retailed by Asprey, with luminous plots and hands, Breguet numerals and central seconds. This is holy grail stuff. The Ref 565 had a case produced by legendary case maker Francois Borgel and in on its own, it is one of the most highly regarded Calatrava references and so to have this is really something. Not only that, but it is believed that this is the only known example in the market.

Lot 58: Riding on the wave of the last lot I wrote on, I mentioned the few things that make a vintage Patek hugely collectible. Those were sort of general characteristics but once you get deeper, and look for finer details, there are other signs as well. Any Patek Philippe Chronograph from the 40’s is naturally desirable, but what makes this example special is that is houses a first series pink dial. And the case? Pink Gold. There is a real visual experience when handling and wearing pink on pink watches and the 1579, with its signature spider lugs really pops. Furthermore, if you look at the dial, you will see that if features an incredibly rare pulsations dial, with only 3 examples known.  This is a very elegant watch, retailed by Freccero for good measure and one that will certainly get the bidders going.

Lot 60: This is another Calatrava that we really liked from the auction, and it is a reference 2508 retailed by the Italian Hausmann & Co. As you will now know, this one is special as it also features central seconds, luminous indexes and hands and a large 35mm case. What stands out to me with this piece is the condition, with the dial looking in good shape and a really, really sharp case with all of the hallmarks deep and legible.

This example is fresh to the market and is the only currently known example of its kind.

I must say, that some of the previous thematic auctions really didn’t appeal to me so much once I looked further into it, but with this double signed one, I think the guys at Phillips really got it right. It really speaks to both the Phillips crowd and hardcore collectors and I have no doubt that there will be much more excitement than some of the previous auctions.

For more lot information on The Phillips Double Signed Watch Auction that will take place on the weekend of the 9th of November at La Reserve Hotel, Geneva, visit the official Phillips Watches website to view the entire catalogue.