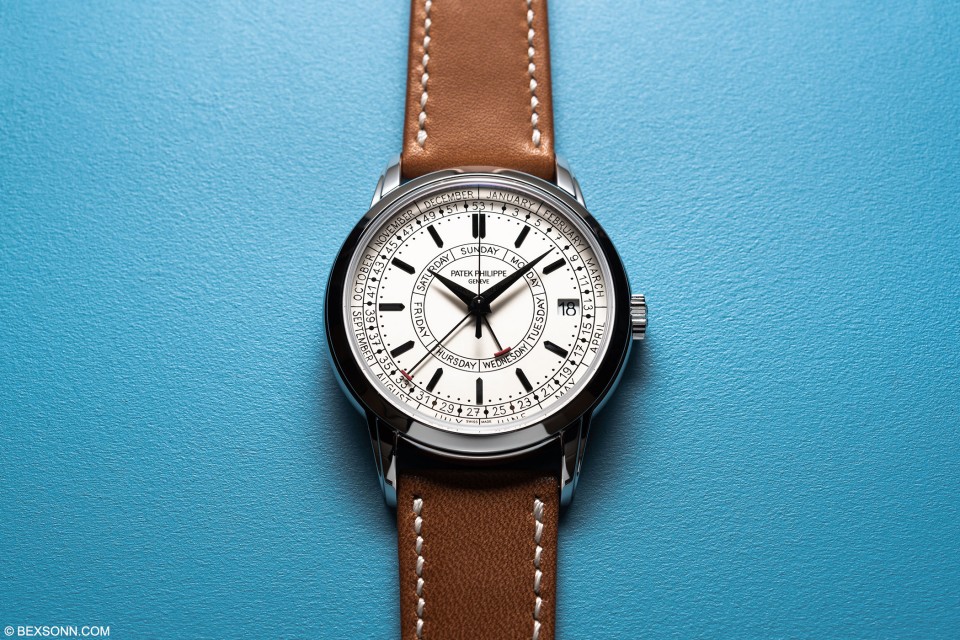 The next couple of weeks we’ll be looking at some of the timepieces from 2019 that kind of went under our radar. We took a look at the many pieces introduced this year by Patek, however, one that kind of went unnoticed by us is this rather interesting Calatrava Weekly Calendar ref. 5212A. As you’ll have already heard me say in the past, watches from Patek in stainless steel are a bit of a rarity and even more so when a watch such as the Calatrava has been fashioned out of said material.

This new weekly calendar complication that has been introduced into Patek’s calendar wristwatches, is a semi-integrated mechanism displaying – in addition to the day and the date – the current week number. Patek has developed a completely new self-winding movement, calibre 26-330 S C J SE, which has been endowed with several technical innovations and optimisations, with regard to the automatic winding mechanism. This new calibre is made of some 304 parts and is visible through the exhibition case back.

This new reference 5212A is the only steel Calatrava in Patek Philippe’s regular collection. The sleek case has been hand-polished throughout and bears a typical refined Calatrava construction. Beneath the anti-reflective domed sapphire-crystal is the silvery opaline dial that has a rather distinctive layout which is easily legible. Another distinctive feature is the typography, that was designed specifically for this timepiece and is reminiscent of handwriting. Each letter and number is therefore unique.

The days are arranged on a ring framing the dial centre, and a hammer-shaped hand with a red-painted head indicates the day. A similar hand points simultaneously to the month and the week number on the dial’s periphery. The date appears in an aperture at 3 o’clock. The day and week numbers are set using two different correctors placed at 8 o’clock and 10 o’clock respectively, while the date is adjusted by means of the crown. Safety mechanisms ensure that the user may make corrections at any time of the day or night without risk of damaging the movement.

This is a rather interesting timepiece from Patek for a good few reasons. As you’ll likely know, steel watches from Patek, such as the Nautilus and Aquanaut are nigh on impossible to get a hold of unless you happen to be one of their loyal clients. The demand for Calatravas and Patek’s other complicated examples haven’t exactly been flying off the shelves, while the demand for steel sports watches has rapidly increased. The Nautilus is perhaps one of the most sought-after steel watches right now, however, this makes up a very small percentage of their sales and Patek has no intention of increasing product of any of their steel watches to appease the current demand. That said, you’ll have noticed Patek seem to be making some of their complicated watch look a little less dressy, such as the 5172G – that we looked at earlier in the year – which has a bit more of a vintage quality to it and Patek even opted for a more subtle looking calf strap. Patek are no strangers to making complicated dress watches in steel, they’ve done it in the past but is this a trend we could start to see more of from them… who knows?