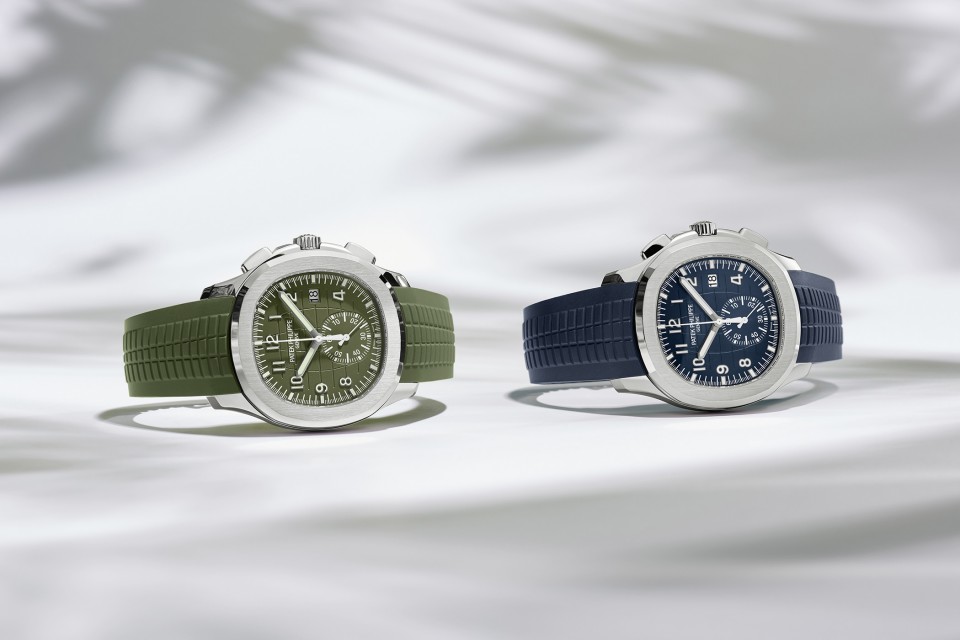 The 5968A was first introduced at Baselworld 2018, in the rather sporty colours of grey and orange. It was quite a surprising introduction, considering the colourway and knowing that Patek tend to be a bit more on the conservative side when it comes to use of colours. Over the past few years, the rise of the luxury sports watch has seen watches such as the Nautilus and AP Royal Oak reach stratospheric prices but the Aquanaut (if you can get your hands on one) are still somewhat attainable. That said, the new 5968G as the designation of G might suggest is made from 18-carat white-gold and now features a much more conservative tone of either olive green (yes there seems to be a running theme of green for 2021) and blue. 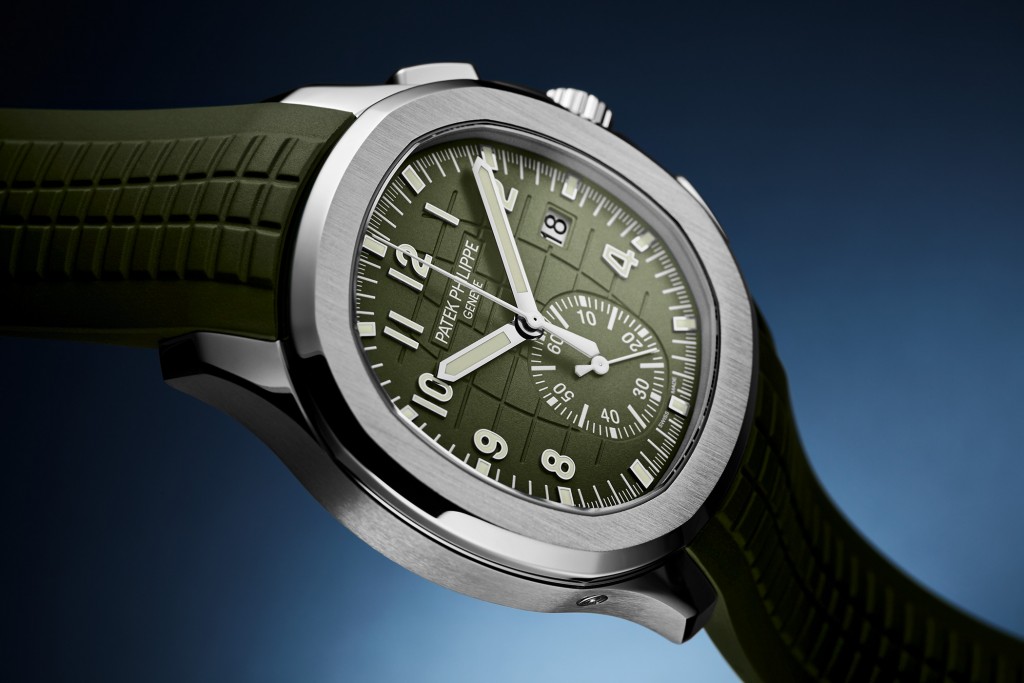 As you most likely know, the Audemars Piguet Royal Oak (15202 now discontinued) or the Patek Philippe Nautilus (5711A, also discontinued), are close to impossible to get with waiting lists growing and grey market prices soaring. As a result, buyers who are unable to obtain these pieces have begun looking elsewhere for a consolation and the Aquanaut, the younger sibling of the Nautilus, has occupied this market space but now even this is becoming almost impossible to get your hands on. Though the Aquanaut, released in 1997 is meant to be an iteration of the Nautilus, I personally feel that it does not wear as nicely as the Nautilus. However, any sport model from Patek Philippe today has a wait list and the brand is taking full advantage of this with their newest release, the Ref. 5968G.

The new 5968G is basically an Aquanaut with a chronograph function. Using the Calibre CH 28-520 C, it is an in-house flyback chronograph movement that is also used in the larger 5980 Nautilus. it has a central chronograph hand and a 60-minute counter at 6 o’clock. While the Nautilus has always been quite serious, the Aquanaut was released with the younger generation in mind and with the 5968G-001 (blue) and 5968G-010 (olive green) Patek have once again splashed a bit of colour on both. The olive green variation features a green dial with white accents and matching rubber strap. The blue variation features a sunburst dial, making the outer edge of the dial appear darker and it also comes on a matching rubber strap too. 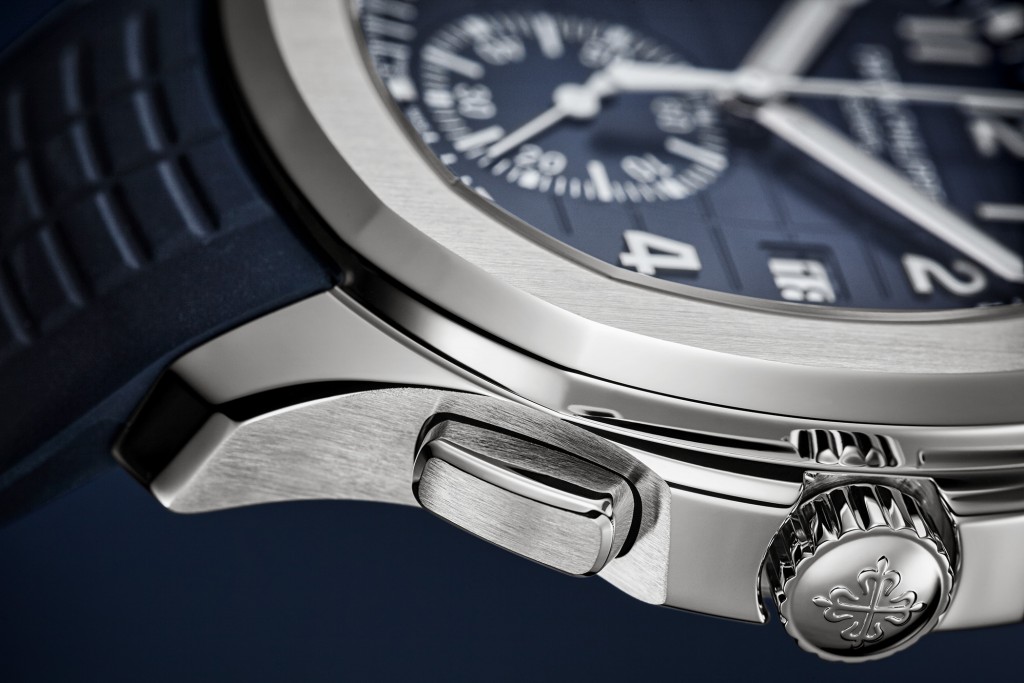 Colour seems to be the flavour of the day for 2021, with many brands releasing bright coloured variants for their watches. The new Aquanaut chronographs certainly capture the imagination of this idea of a ‘holiday’ watch, and it is a more fun take on what is a super-luxury watch. I am certain it will have no problems selling but this is something we’ve almost become accustomed to over the years; Patek producing timepieces that divide opinion and this new Aquanaut Chronograph is no different.