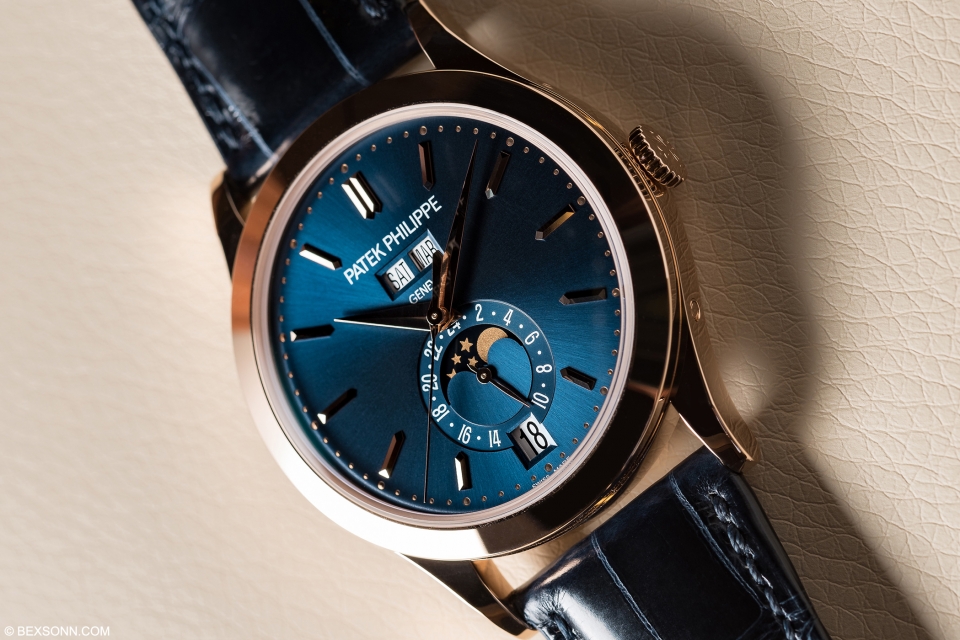 The Annual Calendar: often confused with the perpetual calendar complication but those who are in the know, will know that while two look very similar the disparity in complexity makes all the difference. The Annual Calendar takes into account the days of each month, with the exception of February – which by the way was introduced some 60 years after the first perpetual calendar wristwatch was made. As many of you will be aware, the perpetual calendar is far more complicated and takes into account every month, including February and leap years. It was perhaps not that the horological know how wasn’t there, but just that no one realised it as a viable complication. In 1996, Patek recognised the practicality in such a complication, as it provided customers the convenience of not having to set their watch every month without having to shell out for a Grande complication in the form of a perpetual calendar. It was a good compromise between cost, complication and convenience as the name ‘Annual Calendar’ suggests; the user only needed to set the watch once a year. 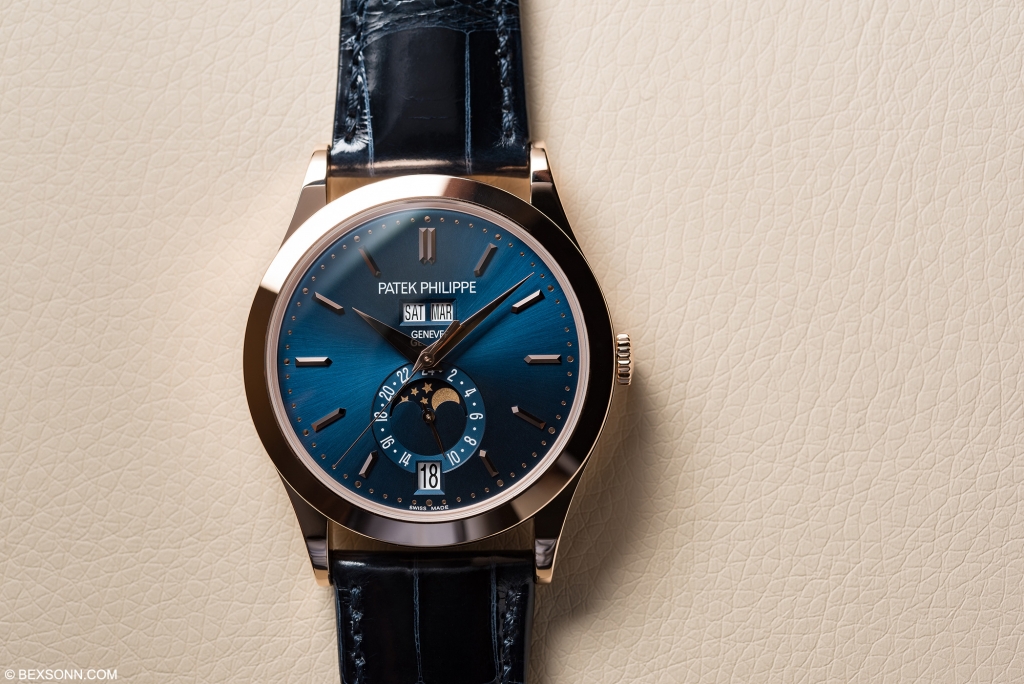 Just last year, Patek Philippe celebrated the 20th anniversary of their Annual Calendar, one of their bestselling complications, by releasing a revised version of the revered ref. 5396. This year, they’ve added a touch of blue paired with a rose-gold case that we think looks a treat. That said, it wasn’t the only Patek released this year we also though looked good with a blue dial too. 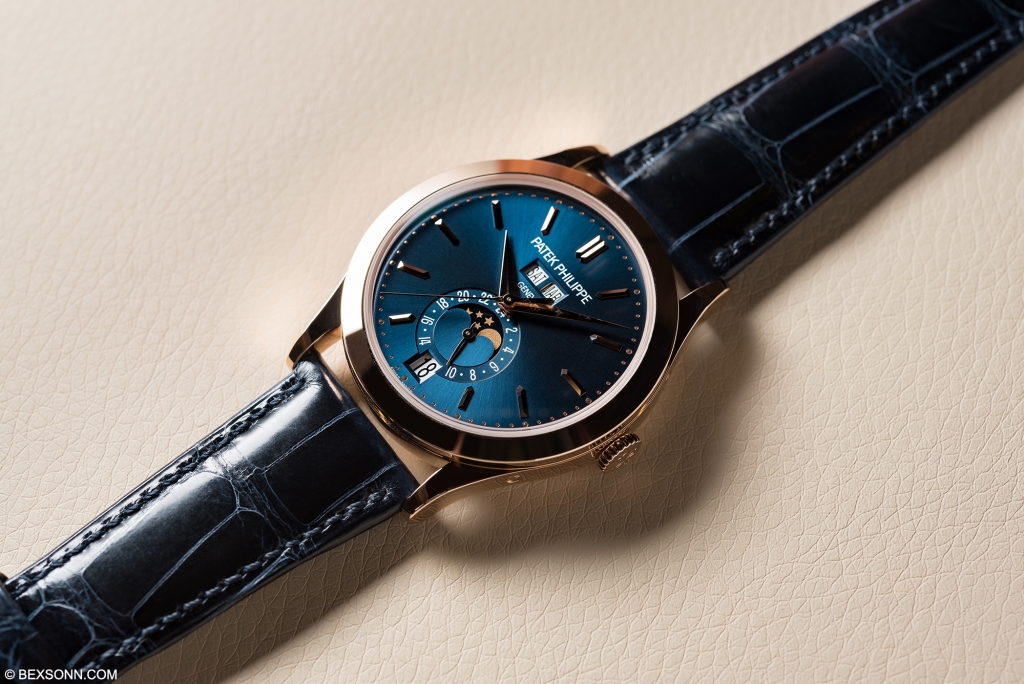 The Ref. 5396 Annual Calendar is certainly one of Patek’s more elegant pieces, with a minimalistic layout reminiscent of their perpetual calendar models of the last century. With two apertures at 12 o’clock indicating the day and the month, an aperture at 6 o’clock displaying the date and a subsidiary dial that serves as a day/night indicator and moon phase. The amount of information conveyed in what looks to be a relatively simple dial layout is rather impressive. The 5396 has been around for some time but this year’s revision came in the form of a sunburst blue dial, which adds another element to an already great package. 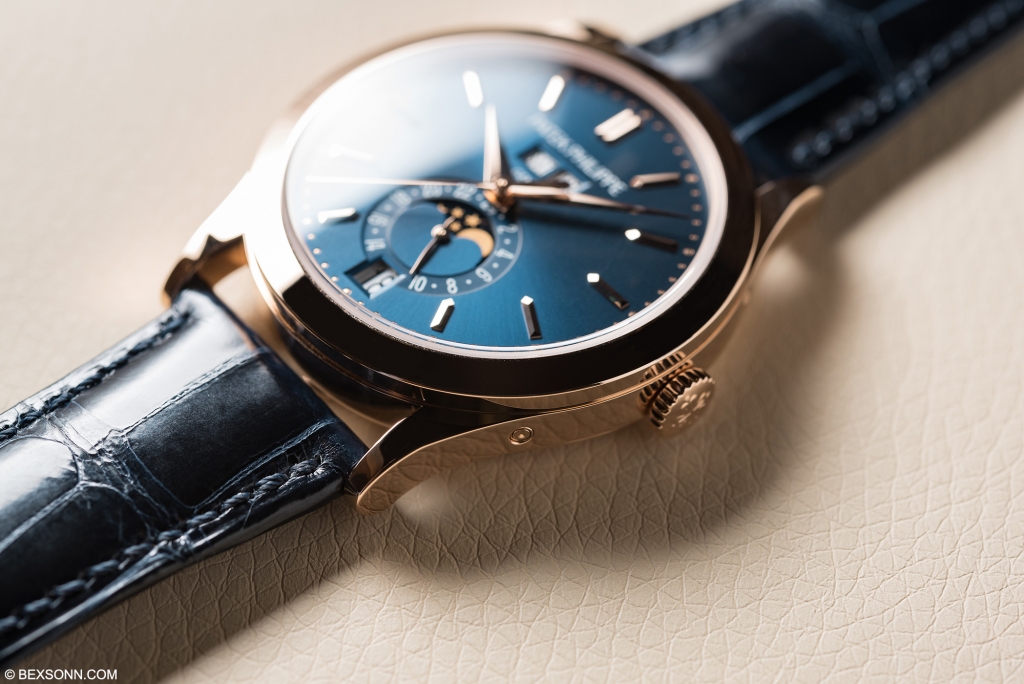 Sized at 38.5mm, it has modern presence on the wrist but it hasn’t been oversized, maintaining its understated qualities. The case features classic Calatrava style lugs, a polished finish throughout and correctors on either side of the crown to easily set the date at the end of February. Accompanied on a hand-stitched, shiny navy blue, alligator strap with square scales and rose-gold fold-over clasp 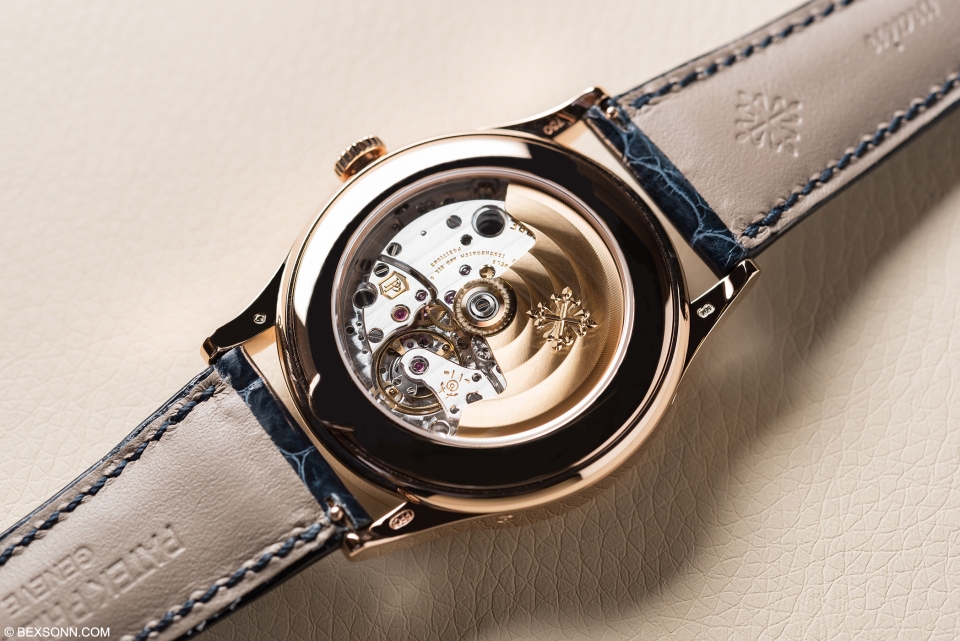 At the heart of the 5369, is the Swiss Patented Cal. 324 S QA LU 24H; a self-winding movement with a silicon hairspring. The use of silicon in the hairspring is a sign of Patek’s attempt to remain forward thinking, as a result of their ‘advanced research’ program. The Spiromax balance is made of a derivative of silicon, Silinvar, which is an extremely hard, light and antimagnetic material which also reduces the need for lubrication. It has a power reserve of 35-45 hours and as specified by the Patek Philippe Seal, rate deviations must range within -3 and +2 seconds per day. As expected, visible through the sapphire caseback, the movement is finished nicely with the solid gold rotor with its Calatrava Seal.