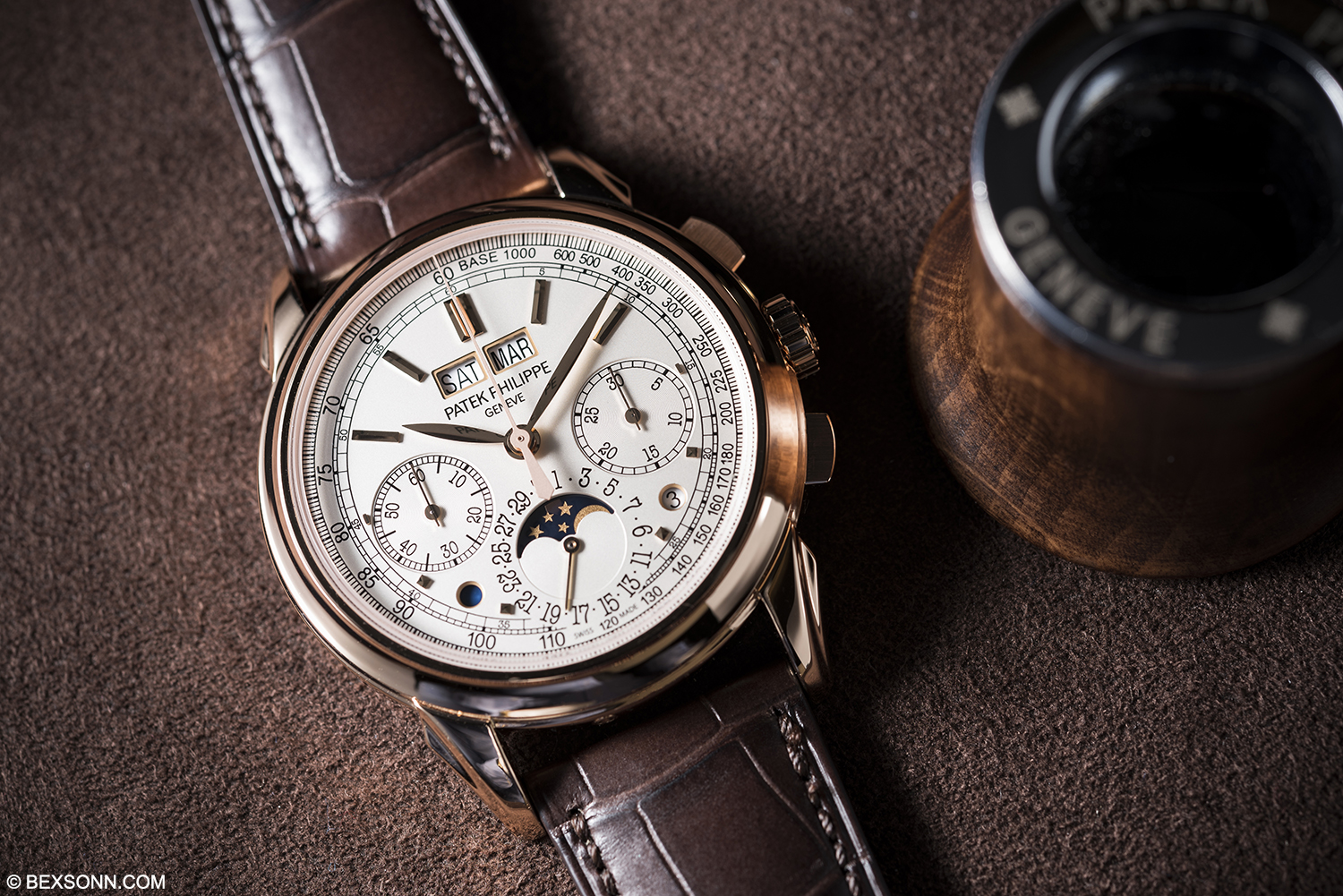 Patek Philippe 5270R-001: There are times, an item becomes so synonymous with an individual or a brand that it becomes an integral part of their identity; An association formed that is so inseparable that doing without it, would diminish the character of the brand or person. 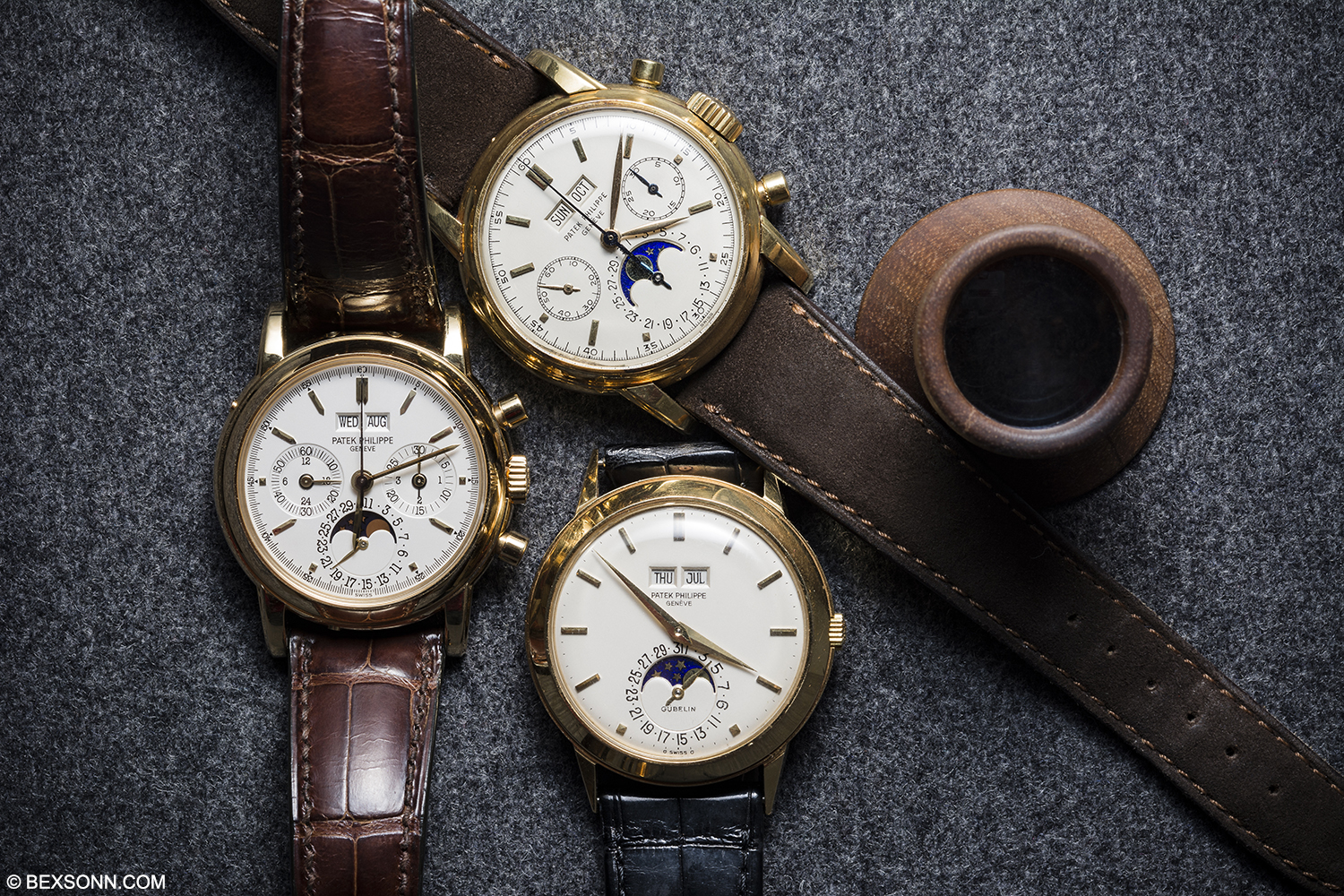 So for Patek Philippe? Perpetual calendar chronographs. Not much has been left unsaid about this legendary family of watches, and rightly so. Deemed by many not only as the quintessential Patek, but also as some of the best watches of all time, they have become graceful lessons in restraint and practicality, in balance and in tradition. Today we look at the newest series of the newest perpetual calendar chronographs offered by Patek Philippe, the 5270R-001.

Looking first into the business end of the 5270, this is where Patek made headlines when this watch was first released in 2011. The calibre 29-535 PS Q was the first perpetual calendar chronograph made entirely in-house, replacing the Nouvelle Lemania based 27-70 Q used in the older 5970 and 3970. Although the 27-70 Q was an exquisite, top-tier movement, we live in an age where the term ‘in-house’ has become a selling point for manufacturers and a priority for customers. Whether that is a good thing or not, it was clear that Patek had to act, and boy did they do just that! 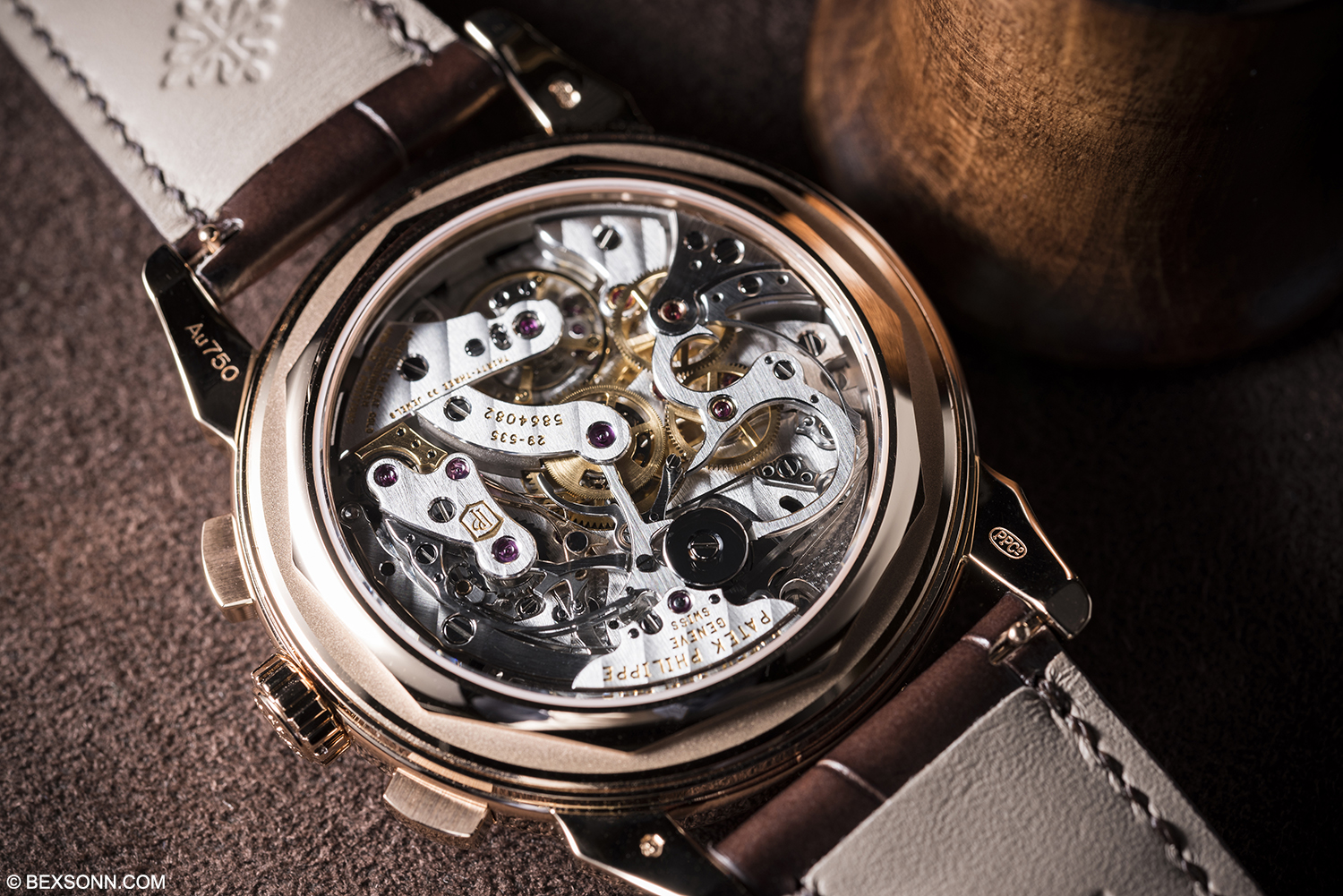 In terms of tradition, this is as pure as it gets. Housed inside the 5270 is a classic column wheel chronograph, using a lateral clutch engagement so you can see the watch functioning in all of its glory. While there are known drawbacks to a lateral clutch as supposed to a more modern vertical one, Patek opted for the former due to the fact that simply stated, they are architecturally and aesthetically more beautiful. It isn’t always the case that watchmaking is all about technicality especially in Haute Horlogerie. Instead, it is the subtle alternations between the balance of beauty and functionality that truly defines a great movement. 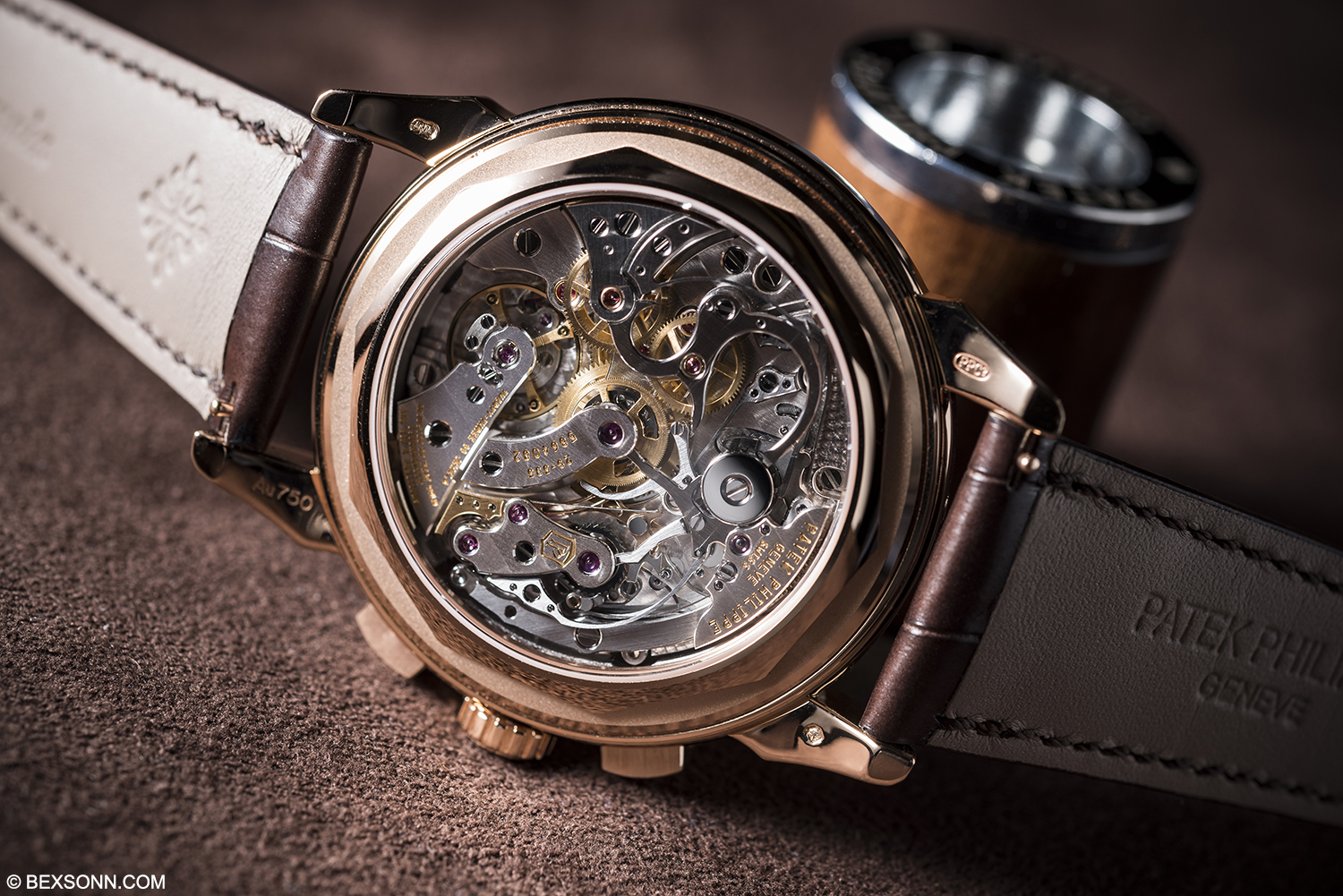 To be able to see the wheels engage and disengage in the 5270 really is a beautiful thing. This provides a much more immersive experience for the wearer. After all, why have an exhibition case back if there’s nothing to see? Furthermore, it is important to note, that Patek being Patek, they combatted a lot of the downsides of a lateral clutch movement such as hand quivering and backlash through a series of ingenious inventions. This includes a patented tooth profile for the chronograph wheels to reduce wear and prevent tooth tip collisions (which causes hand jumps), a column wheel cap that is actually functional, allowing a more precise adjustment for the clutch lever and a slotted minute counter cam that prevents the second-hand quivering when reset. Above the base calibre, sits a newly developed perpetual calendar module, and at a thickness of 1.65mm, it ensures the watch remains discreet and slim, relative to the level of complications. 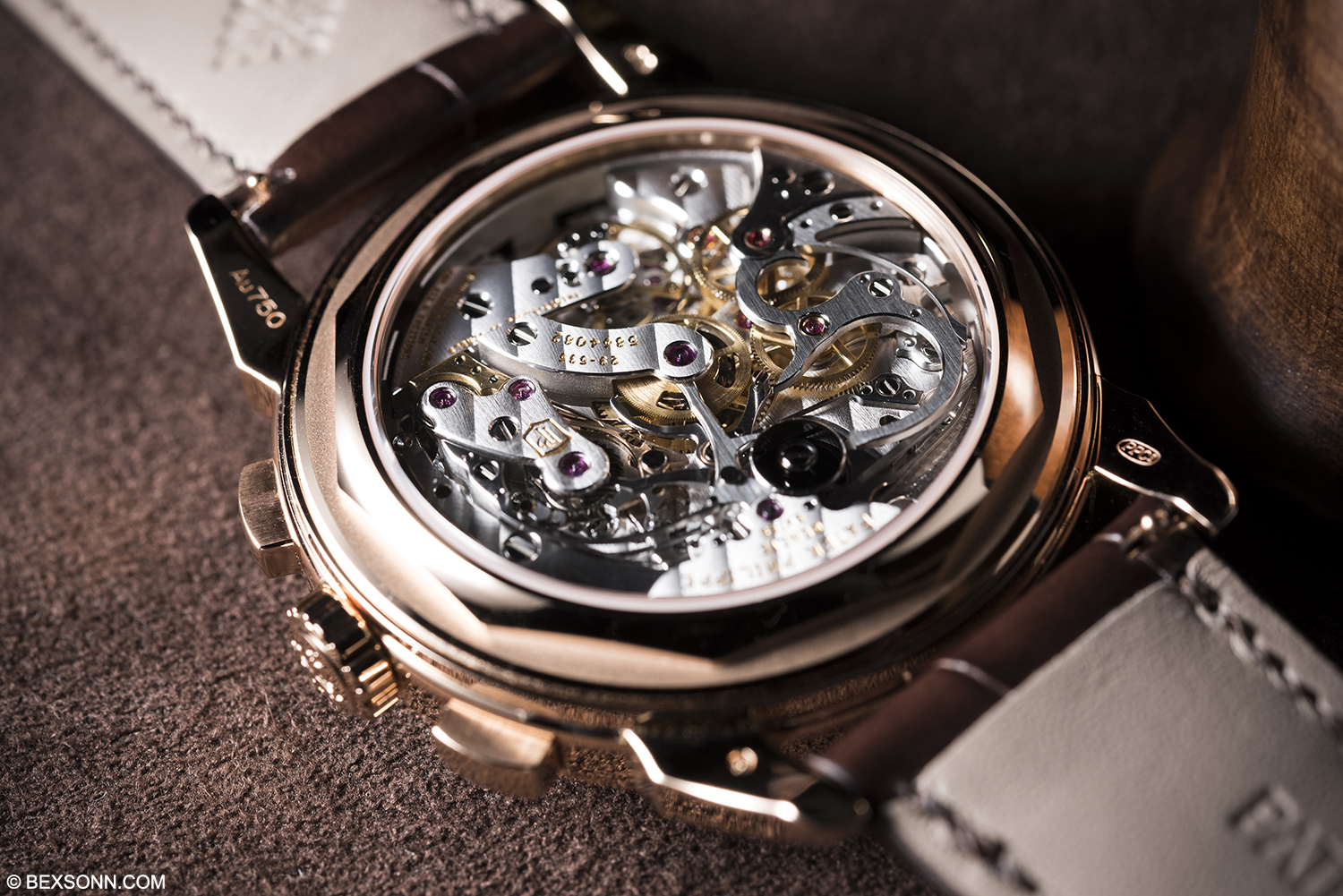 As expected, the 29-535 PS Q is beautifully finished, albeit understatedly. There is nothing superfluous, no flourishes or engravings and that is the way I like it. With expertly finished polished chamfers on all edges and satin finished flanks, it is aligned with Patek’s pursuit of sophistication and understatement. 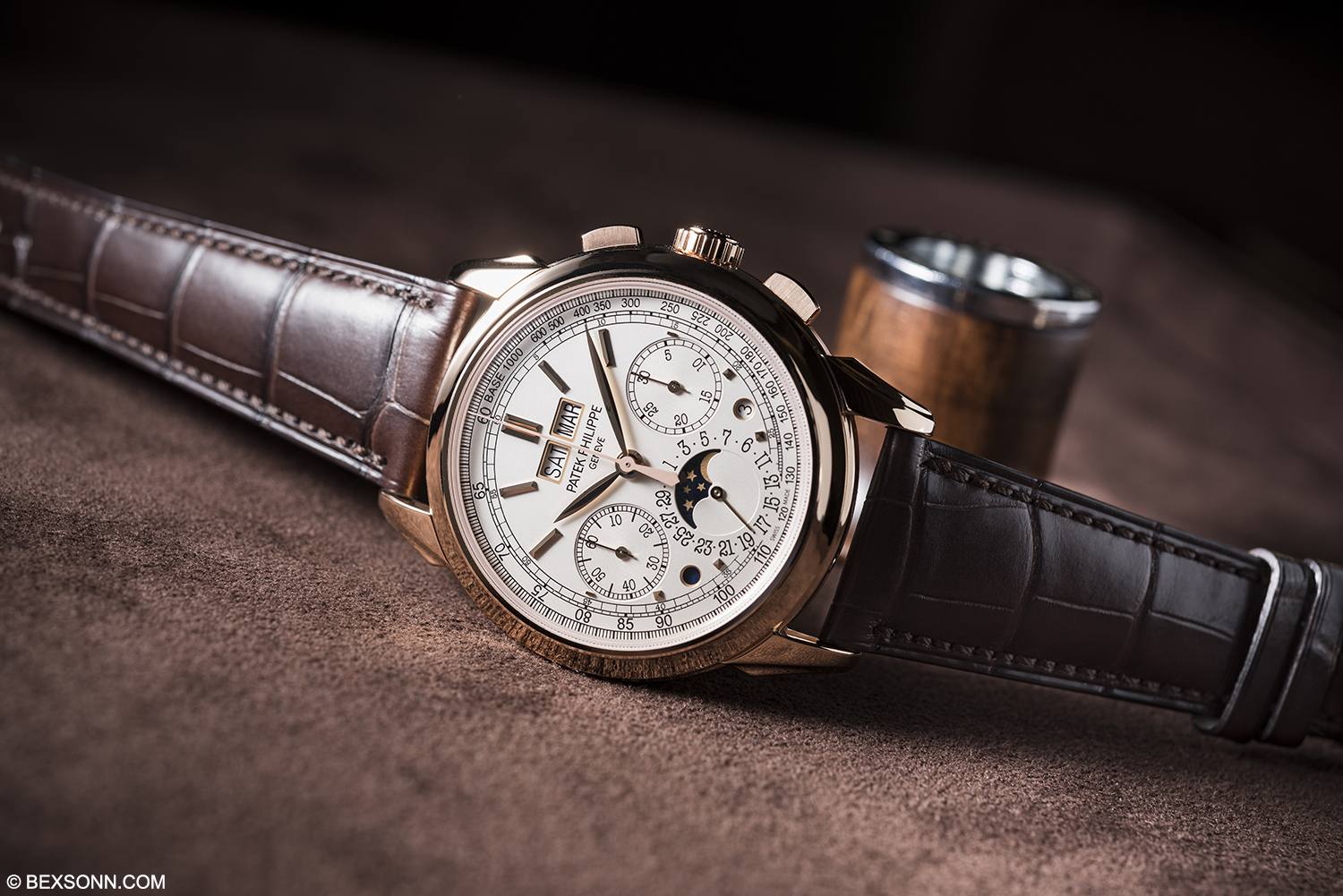 In 2015 at Basel, Patek released its third series of the 5270s, in a rose gold case for the first time with an eggshell white opaline dial. The 41mm case of the 5270 is perhaps my favourite part of the watch, which in my eyes achieved an amazing proportionality and balance. The flared, angular lugs that stick out of the watch are juxtaposed harmoniously with the roundness of the concave bezel. Looking at the side profile, at 12.4mm thick, the rectangular pushers are spaced perfectly, corresponding with the mentioned lugs that stream downwards and narrows at the end. Nothing here is obtrusive as the watch ebbs and flows between fluid shapes and sharp angles, between masculinity and elegance, complimenting one another. It is truly a master class in case design. 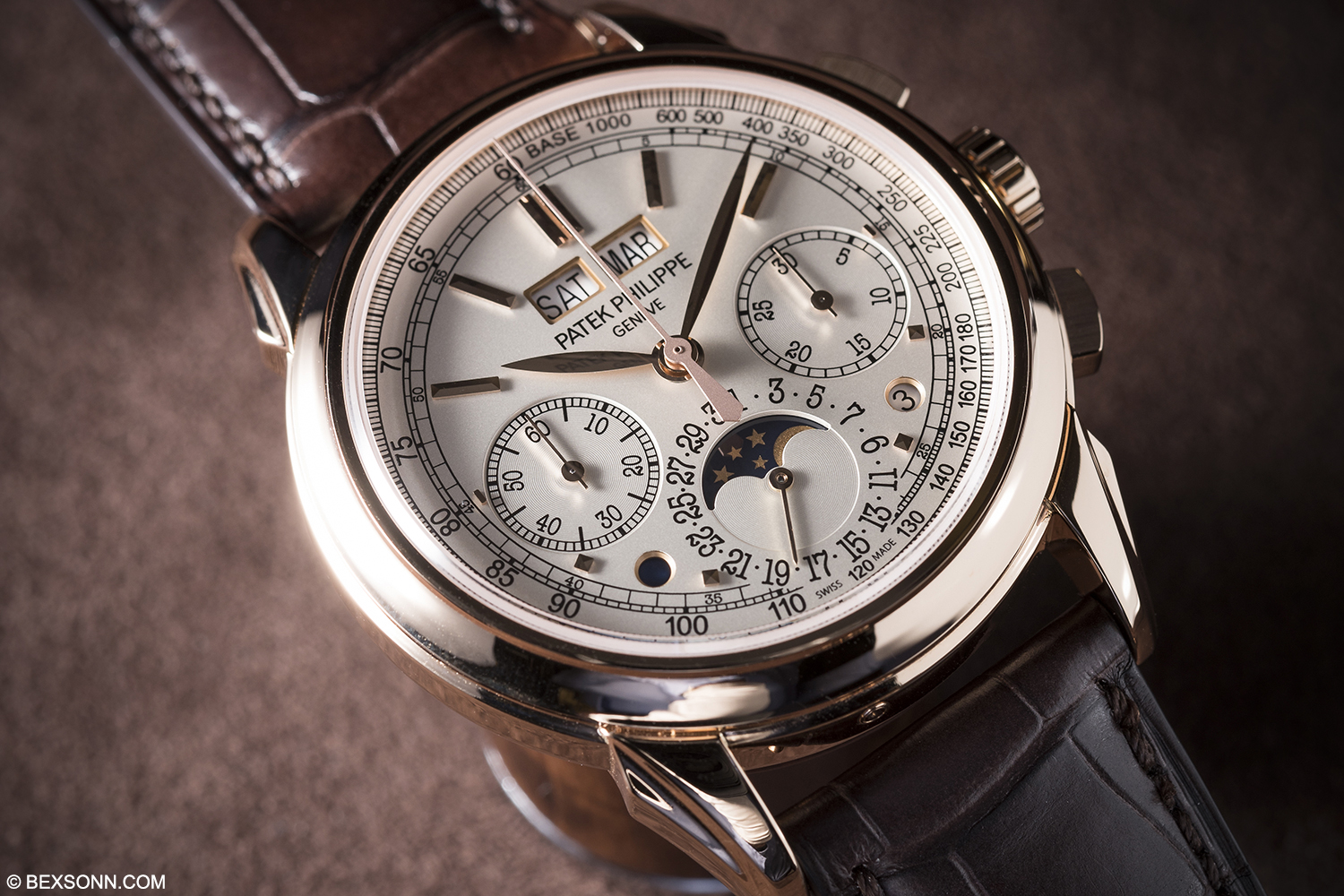 The dial is unmistakably Patek, with two apertures for the month and day at 12 o’clock, and three recessed sub dials for the minute counter, seconds counter and moon phase. Using rectangular rose-gold applied index markers, its relationship with the softer shaped Feuille hands is well-balanced. There is an overall warmth achieved from the combination of the rose gold case and brown alligator strap, allowing the white opalescent dial to further emphasise this as it gives off subtle hues of caramel and brown. 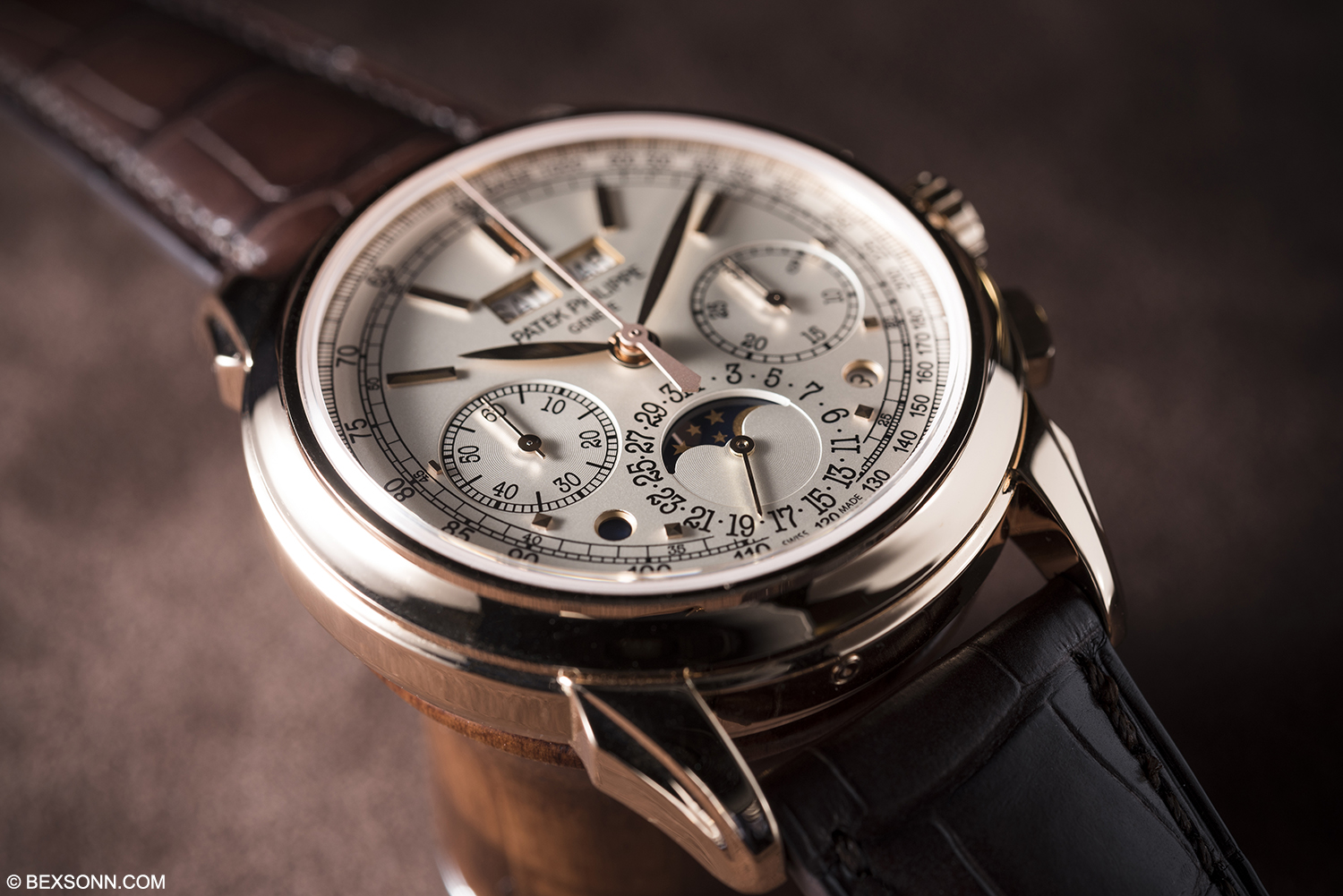 New to the 5270 straight from the first series was the removal of the day/night and leap year indicator from the sub dials. It was replaced with two apertures that makes for a far cleaner look and looks to be an ode to one of my favourite watches of all time: the Ref. 3450 ‘Red Dot’. In fact as a side note, I would love to see Patek re-introduce a 3450-ish perpetual calendar only watch with day/night and leap year apertures like this. One can only dream. 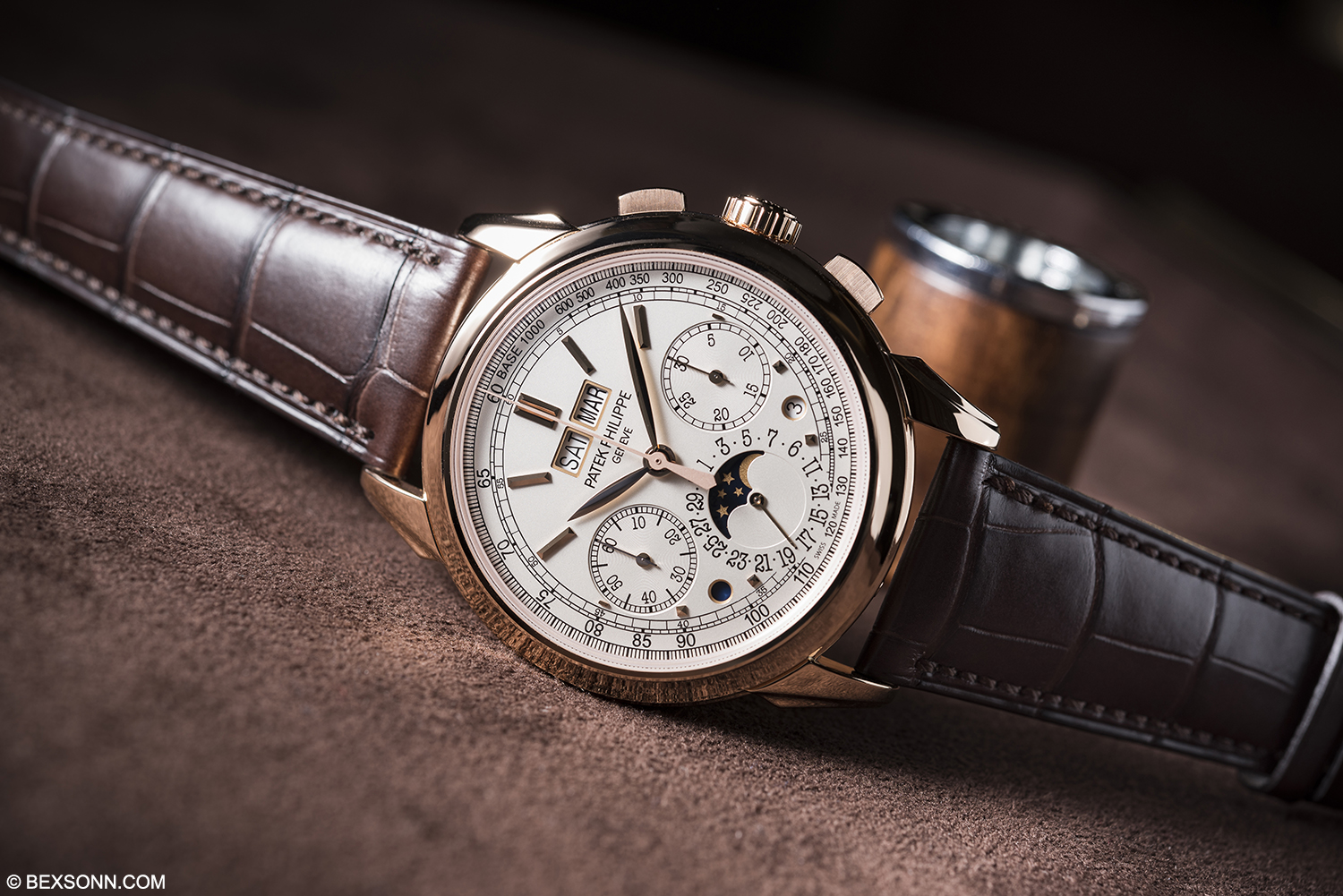 Aside from the introduction of a rose gold case, the only notable changes in this third series resided in the layout of the dial. The tachymeter and seconds scale have been separated with the former now residing on the outer edges of the dial. To accommodate this, the seconds hand has been lengthened to improve accurate reading of the watch. Addressing the elephant in the room, the cries from collectors about the notorious second series ‘chin’ on the seconds/minute track must’ve been so loud that Patek’s ateliers heard it all the way in Plan-les-Ouates, because it is now gone, and never to be mentioned of again. 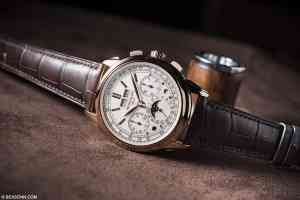 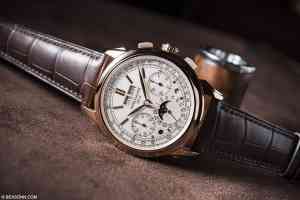 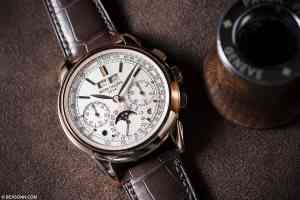 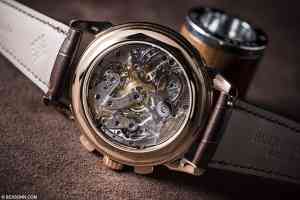 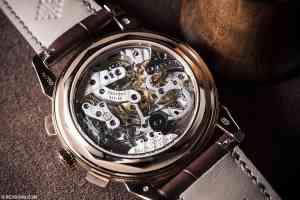 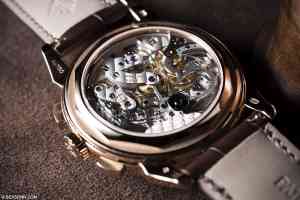 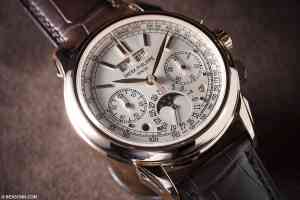 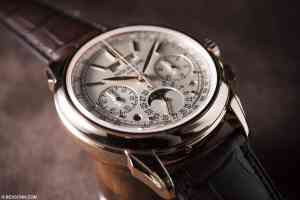 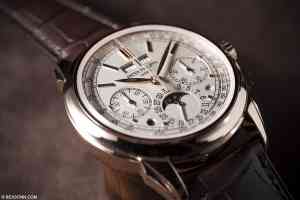 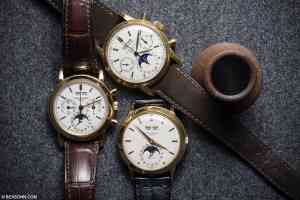