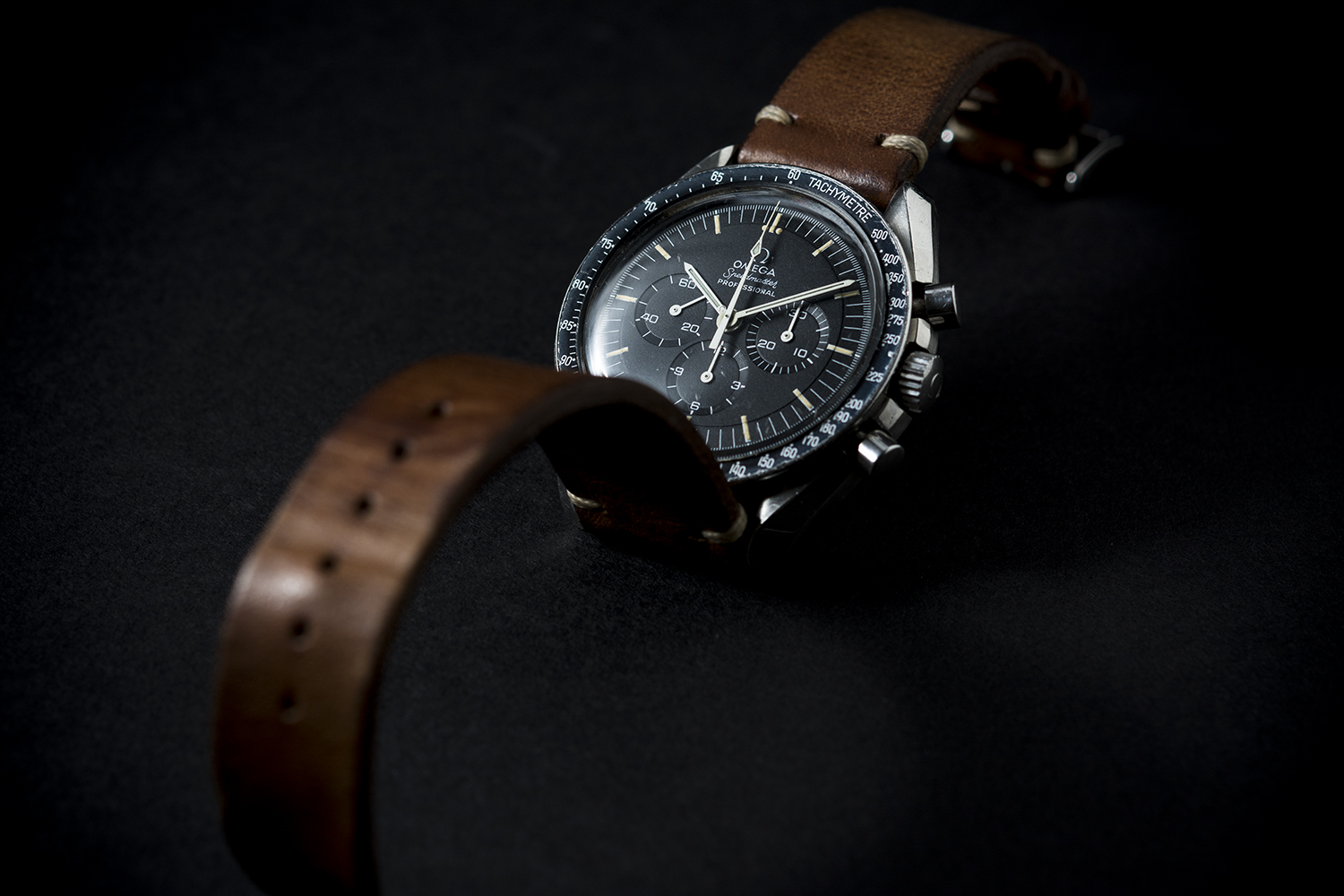 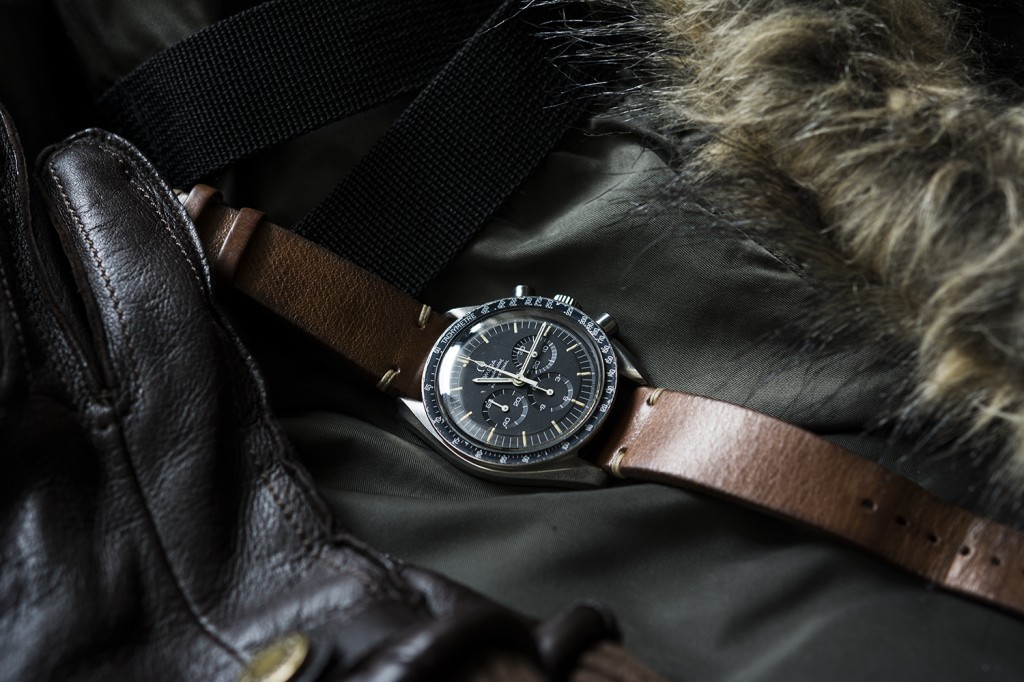 Omega Speedmaster Professional 145.022-69: At the backend of last year I invested in a vintage Speedmaster Pro 145.022-69. Now, this is not the first time I’ve owned a Speedmaster Pro but the new 3570.50 that I had purchased in the past lacked a little something for me, that and I needed the money to get my Rolex Submariner 14060M. Some may argue that this was a mistake but I knew when the time was right I’d get the Speedy back one day.

However, I didn’t think that day would’ve come around so soon. Within the same year of selling my 3570.50, getting my Sub 14060M, I got my hands on this, arguably, beautiful reference 145.022. With the help of my friend and fellow blogger, Robert-Jan over at Fratellowatches, I managed to get my hands on exactly what I was looking for. Interestingly enough the reference 145.022 spans the longest Speedmaster production run from 1968 through to now. The reference number 145.022 was used until the 1980s, after this the Omega started using a new reference number system (called PIC) but in essence remained the same watch. 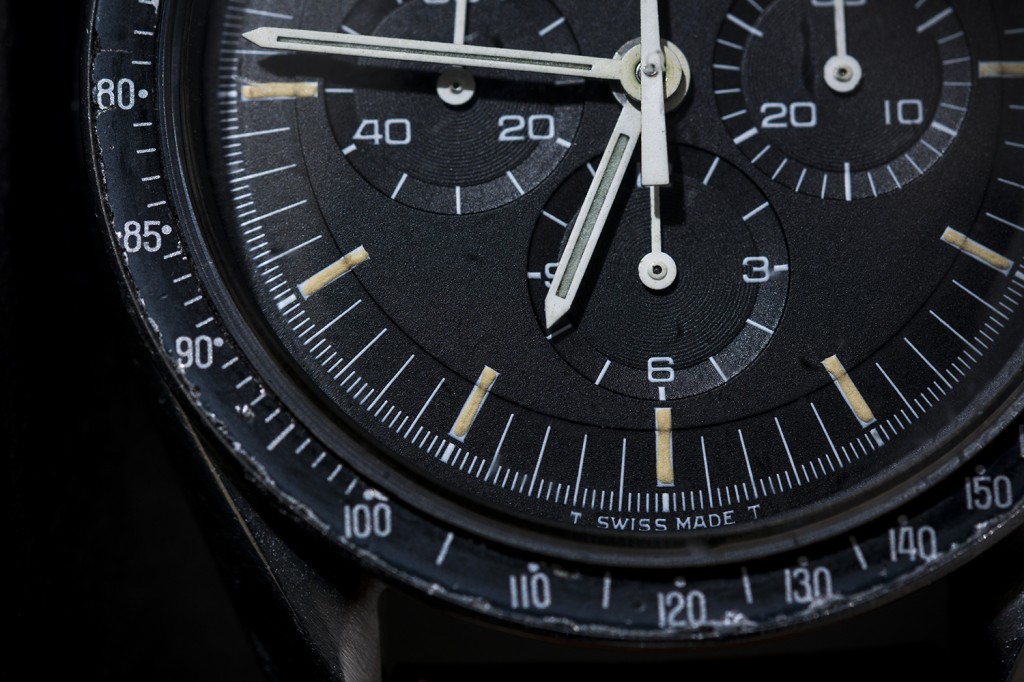 Not to say that the 3570.50 is a bad watch, it’s far from it, but this 145.022 equipped with an original 1171 bracelet from 1969 has one of the most beautiful dials in my opinion. The way the dial is layered; the deep-dish pie pan and circular graining of the three subdials is just awesome. And luckily for me this dial has built up the most gorgeous patina. Due to age, the dial is actually more grey-ish blue than black and the tritium stick markers have all turned a nice creamy colour. Now, some of you may have thought that it might have been a good idea to change the roughed up tachymetre bezel but in my opinion this only adds to the character of this watch. It has been well weathered but it looks great and it is still legible. Again the attraction of the bezel is in the patina, it also has turned a grey-ish kind of blue. 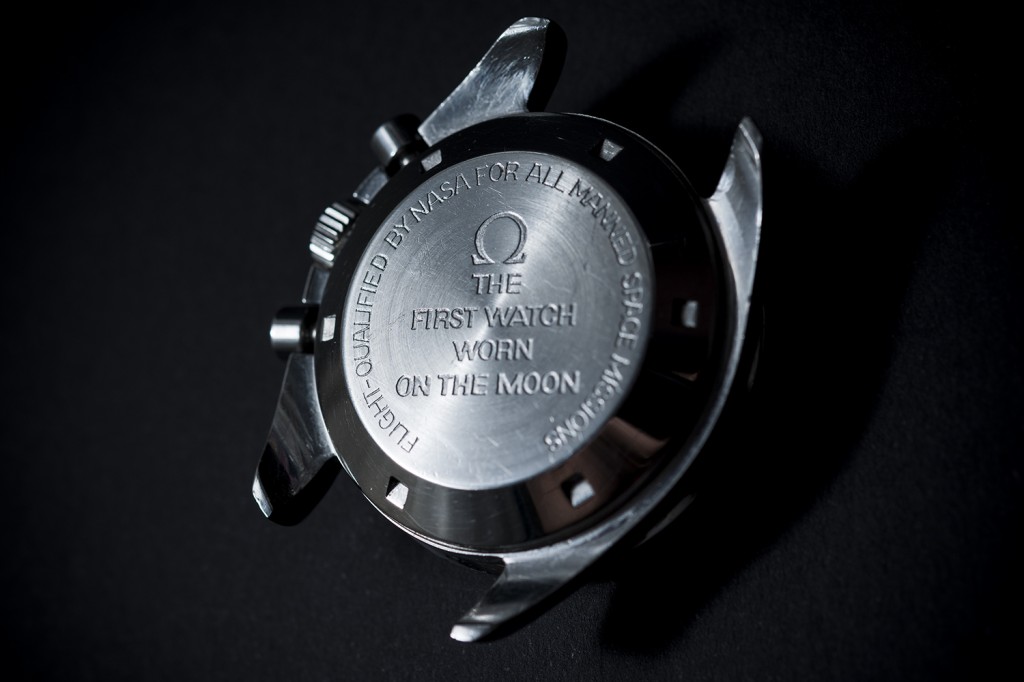 Some of you may wonder why I didn’t just go for a 145.012 or even a 105.012, as this after all is as vintage as a Speedy pro gets, right? Yes, they do have the cool applied “Ω” logo, the little dot over the 90 on the tachymetre bezel, oh and not to mention the legendary 321 calibre movement but one must remember there is premium attached to these versions. And in all honesty a premium that in most cases are just unreasonable in my opinion but I’d still love to have one…one day.

As many of you Speedmaster lovers may know, this reference 145.022 features the 861 calibre which was introduced in the 1968. The 861 calibre movement was a direct replacement for the 321 movement and was even designed by the same person, “Albert Piguet” of Lemania. From what I know the only real changes to the 861 movement was its column wheel switching mechanism and the upping of the vibrations per hour from 18,000 to 21,600. What I do find quite interesting is that between 1968 and 1969, which was the transitional period for the Speedmaster Pro, is that you can find 145.022’s with applied “Ω” logos and you can also get them on 1039 stretchy bracelets – I guess it must have been the time that Omega just agreed to use what was left of the old stock? 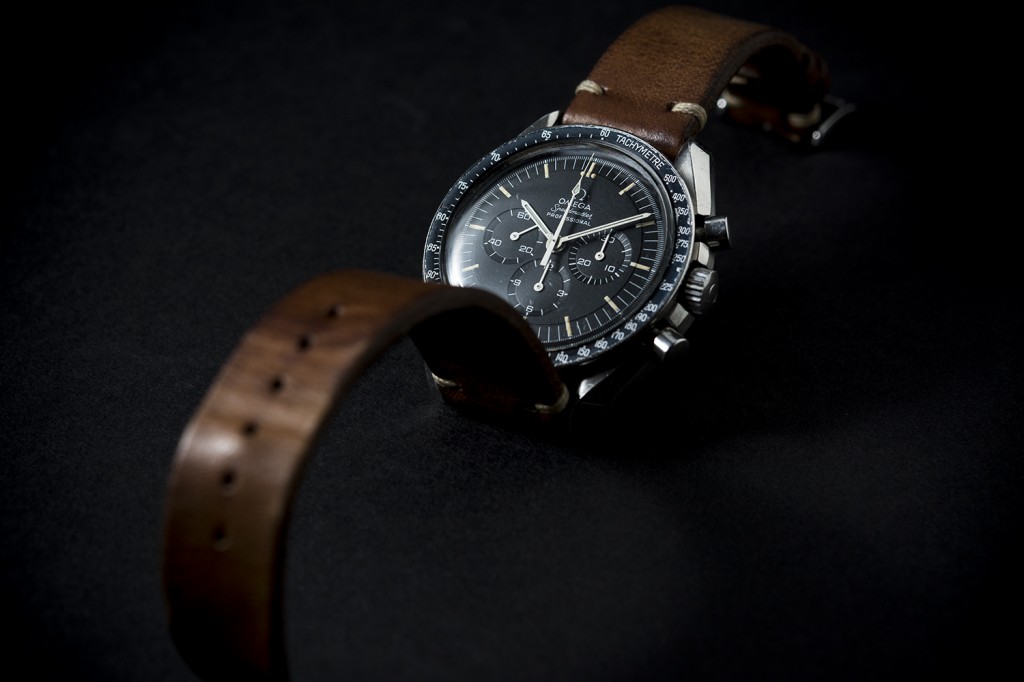 Now, I can definitely confirm that I’ve put this chronograph to the test. Earlier this year my wife gave birth to our new baby daughter and it was during this period the chronograph complication found its use, not to say I haven’t used it otherwise but it really became useful at this time. For any of you who are fathers, or fathers in waiting, you’ll know that it is important to time the period in between each contraction. It was at this point after my mobile phone battery died (and this is why I love mechanical timepieces) I vigorously used my Speedmaster’s chronograph and it never failed me but my wife was wondering at the time why the hell I was playing with my watch? 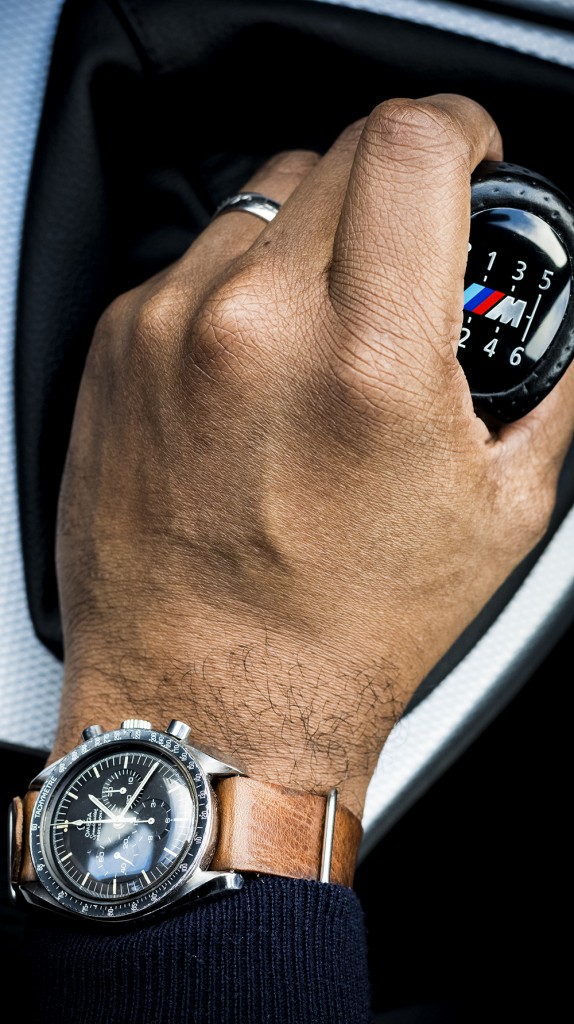 I won’t divulge how much I paid for my Speedy Pro but let’s just say that both the dealer and I were happy. Looking back though, when you buy a vintage timepiece is it ever a win – win situation? Like I mentioned before, yes I could’ve easily gone for a 145.012 or 105.012 but I knew this Speedmaster was going to be my daily wearer, so I knew it had to be reasonably priced too. Wearing it on a nice bit of vintage leather or NATO definitely makes it a lot easier to slap on the wrist daily but it also makes it look very, very cool. As of now my 14060M hardly gets any wrist-time, not to say that it won’t in the future but I’m totally smitten with my Omega Speedmaster Pro 145.022-69. 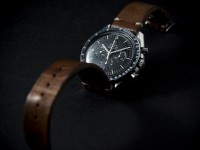 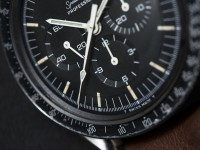 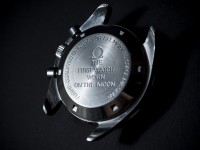 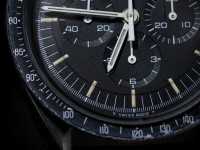 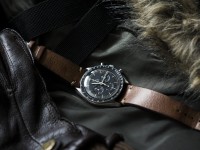 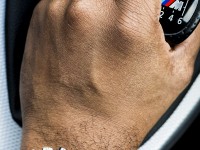 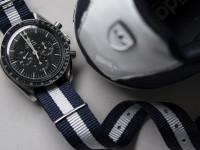